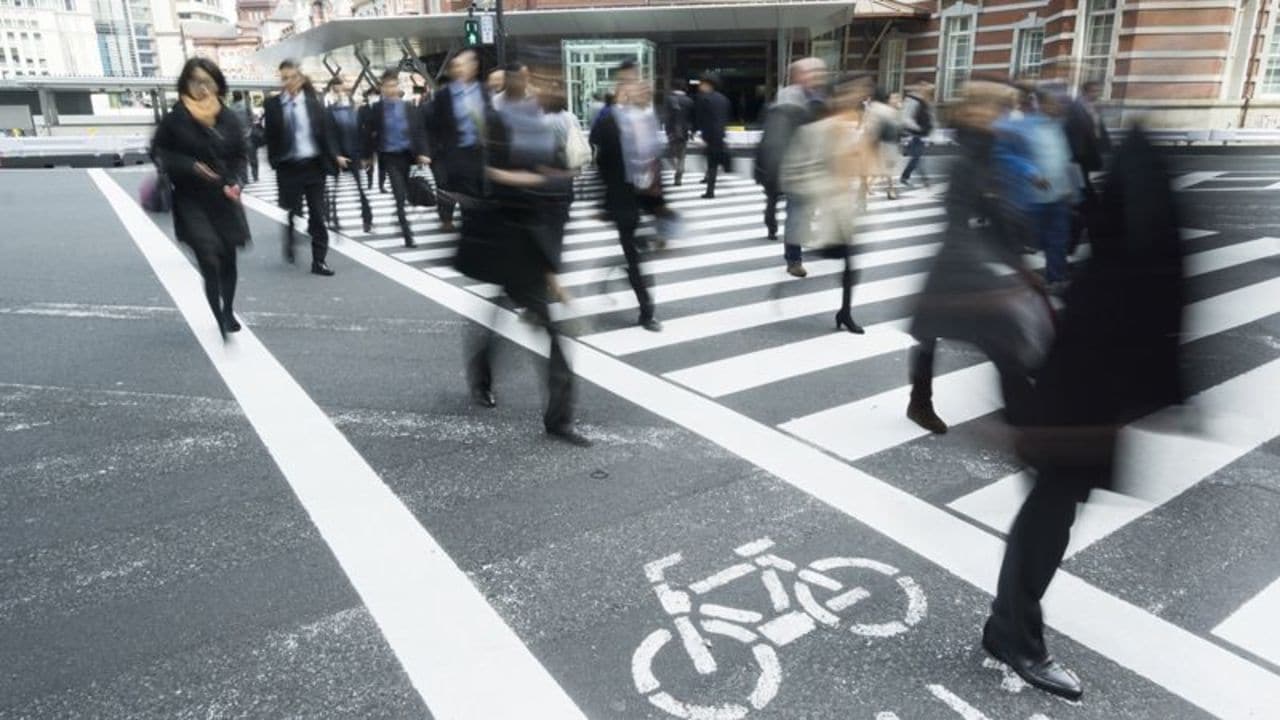 Prominent British economist Anthony B. Atkinson, well reputed for his works on inequality, indicated that the trend of labor share, which is the percentage of national income distributed to labor, from the 1980s onward is one of the key factors in the widening gap between the rich and the poor.

According to Atkinson, also known for mentoring Thomas Piketty (the French economist who authored last year’s best seller Capital in the Twenty-First Century), the wealth gap once narrowed globally after the end of World War II.

In his most recent book, Inequality: What Can Be Done?, published in 2015, Atkinson stated that while the labor share in many countries that rose in the 1950s through the 70s started declining during the 2000s, it kept rising in Japan even in the 2000s, marking this trend as an exceptional case.

But when we more closely observe the fluctuation of the labor share in Japan, we find that it actually peaked in the 1990s, much later than many Western countries, and has gradually declined since then.

In real economy, this theory may not always prove to be true. In the world of imperfect competition, the amount of capital surplus distributed between a company and its employees depends on the labor bargaining power. Even though society is not currently simply split into just capitalists and laborers, the rise of labor share should nonetheless lead to the overall narrowing of the income gap.

On the other hand, if the labor share declines, wealthy people will further increase their wealth while people in the low income range whose main source of revenue is limited to earnings from work will take longer to get richer. The interaction between the asset differential and income gap may have a snowball effect in widening the gap between the rich and the poor.

The effect of increase of government debts

A hopeful long-term scenario would be to see the affluent families disperse their wealth to future generations through succession of property, while the not-so-rich households accumulate their assets and get richer—eventually creating a more financially balanced society over a period of several generations.

In reality, the next generations of affluent families seem to be inheriting a lot from their wealthy parents and keeping the assets in their possession longer than normally expected. If the wealth gap does not narrow as expected even after several generations, a large social turmoil may someday arise from the chronic fixation of this gap.

Increase of foreign assets is also pushing down the labor share
Another possible factor attributable to the decline of labor share in Japan is the increase of assets transferred outside of the country.

Japan began gaining steady surplus in its current account from the 1980s. The surplus in yearly financial account balance normally becomes a driver to increase the assets in foreign countries. As a matter of fact, net external asset balance has continued rising in Japan for many years.

But the earnings gained from foreign assets do not require domestic labor. Taking for example, a Japanese company that has established a subsidiary in a foreign country, the question is whether this parent company would use dividends gained from this subsidiary to increase the wages of its employees in Japan.

This may be a possibility depending on the contribution of employees in the Tokyo head office who are in charge of overseas business strategy. But even if that is the case, it is difficult to imagine that the dividends gained from the overseas subsidiary would be distributed to the workers in domestic plants that are not related, at least directly, to the company’s business outside of Japan.

If the income gained from abroad rises through the increase of foreign investments, the rate of income growth in Japan should also accelerate. But if the gains from external assets are not distributed to domestic workers as exemplified above, their wages will not increase as fast as the growth of national earnings. As a result, the labor share will mostly likely decline.

Preventing the wealth gap from widening

Even in developed nations other than Japan, there is a possibility of the labor share declining due to an uneven distribution of foreign gains increased through further globalization of economic activities. We must also keep in mind the risk of labor share continuing to decline in Japan even after the country faces current-account deficit as a result of the aging of its population.

The redistribution of wealth led by various global post-war reforms, along with the drastic social changes Japan has experienced over the years (including the period of Meiji Restoration), can be considered as key reasons why the wealth gap in this country has remained relatively narrower than elsewhere.

But if the relatively narrow gap between the rich and the poor in this country is not fully attributable to the inherent nature of Japanese society, we cannot deny the possibility of this gap widening even in Japan, should it fall into the vicious cycle where the increase of the asset gap leads to the increase of the income gap, which in turn causes the asset gap to widen further.

It is clear that a society with no wealth gap at all is not an ideal state that we should aim at building. Yet, a society with a large fixed gap between the rich and the poor is also not desirable. In light of the observations made above, Japan may see its wealth gap widen sooner or later like the rest of the world.

Perhaps the time has come for this country to start seriously considering taking effective preventative measures to ensure that the wealth gap will not widen beyond the tolerable range before it’s too late.