TOKYO (Reuters) - Japan issued evacuation advisories for almost 300,000 people and canceled hundreds of flights in the face of strong winds and heavy rain as typhoon Jebi roared north and was set to make landfall later on Tuesday.

Jebi - whose name means "swallow" in Korean - is the latest harsh weather to hit Japan this summer following deadly rains, landslides, floods and record-breaking heat that killed hundreds of people.

The storm was bearing down on western Japan and set to make landfall on Shikoku, the smallest main island, before raking across the western part of the largest main island, Honshu, and Osaka, the nation's second-largest city, later on Tuesday. 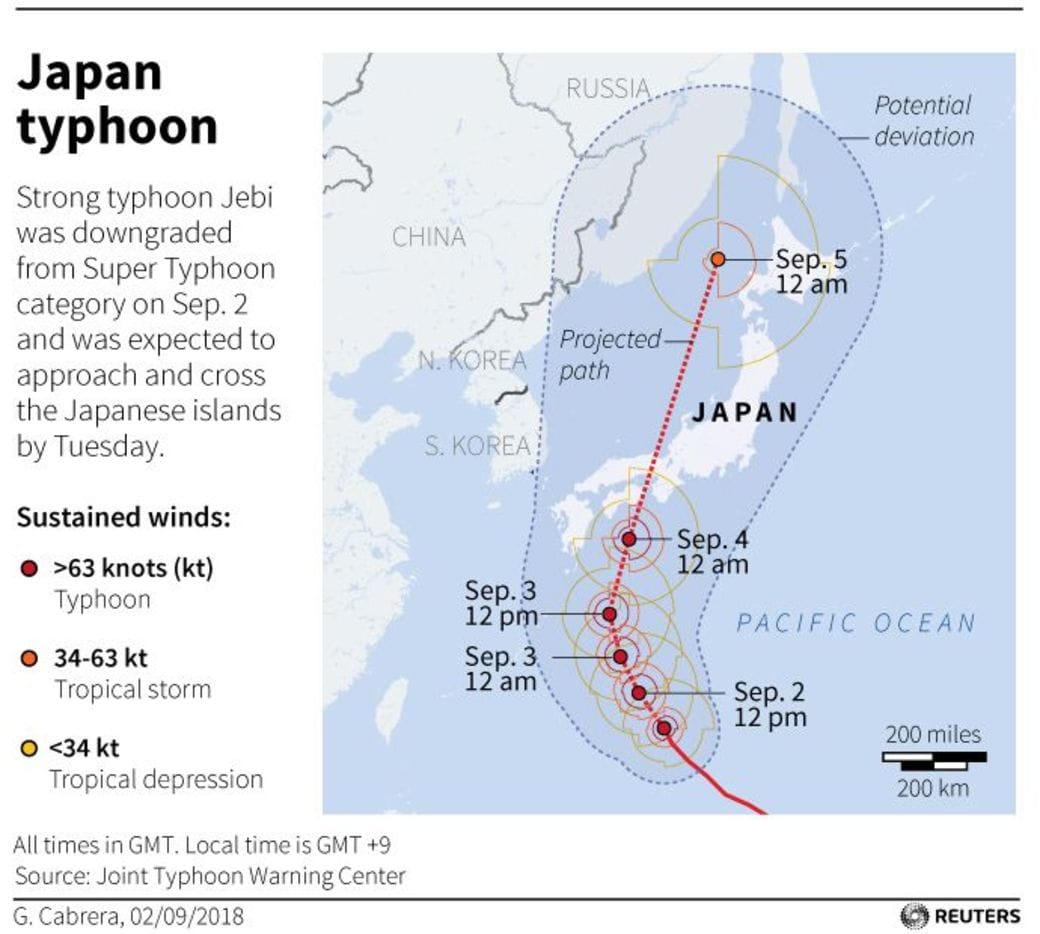 Evacuation advisories were issued for some 280,000 people as the wind and rain began picking up. Television footage showed waves pounding the coastline amid warnings that high tides later on Tuesday would coincide with the storm's passage.

Nearly 600 flights were canceled, along with scores of ferries and trains, NHK public television said. The Shinkansen bullet train was operating on a reduced schedule and Universal Studios Japan, a popular amusement park near Osaka, was closed.

The capital, Tokyo, will be far from the center of the storm but was set for heavy rains and high winds by the end of Tuesday.

Jebi's predicted course will bring it close to parts of western Japan hit by rains and flooding that killed more than 200 people in July. However, it was set to speed up after it makes landfall, minimizing the amount of rain that will fall in one place.

Guns And Cars: The Politics Of US-Japan Relations

Negotiating With North Korea – Two Roads That May Not Meet