Low Tech Parenting: Why Some Parents are Unplugging their Kids 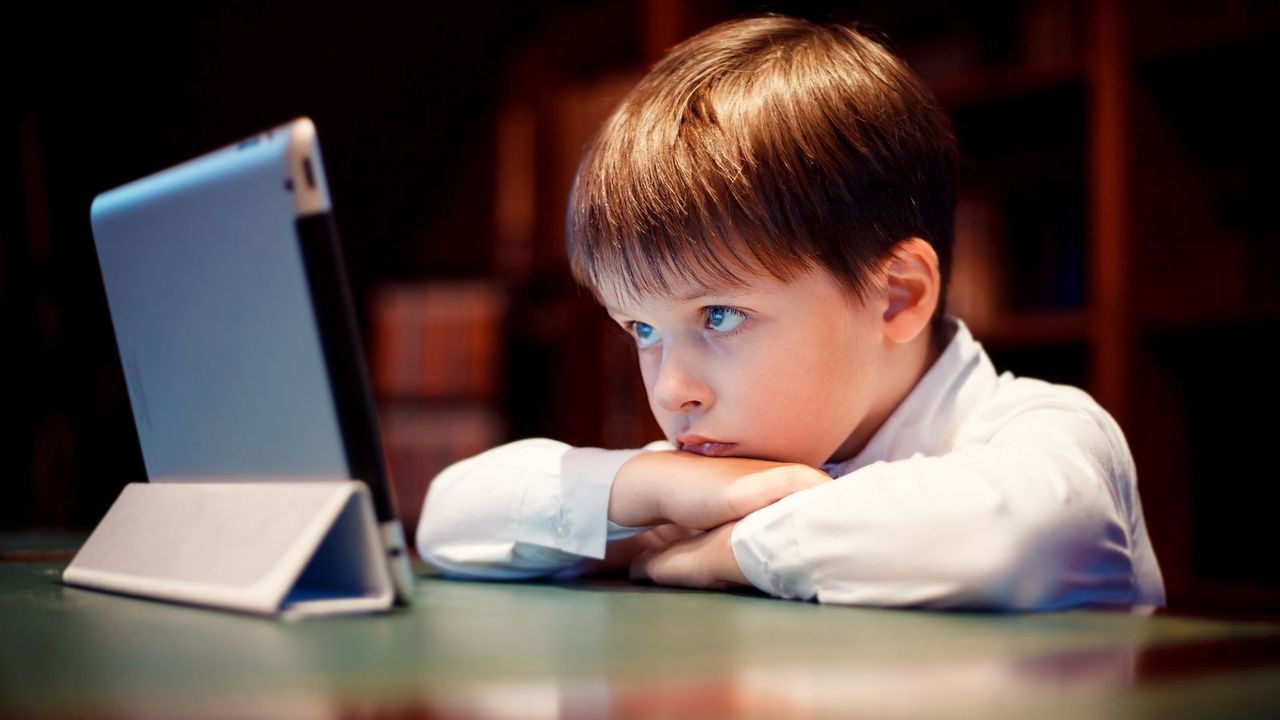 Silicon Valley has designed our technological devices to be addictive to such a degree that some programmers call it “brain hacking.” This is according to Tristan Harris, a former Google product manager and founder of Time Well Spent. He said that most parents were not aware of the complexities of the devices that their kids are dealing with – on the phone, with apps, games, on social media. In a PBS Newshour interview he said,

…have you ever been in a moment where you’re sitting there, and you just start using your phone to do something productive? Maybe you’re in the back of a car, a taxi, or you’re on public transportation. Your phone is always giving you a way to spend time that can be more productive, more entertaining, or more stimulating than reality. I often say that this puts a new choice on life’s menu that’s sweeter than reality.

The notice was clear. All fourth graders were to bring a smart device on their field trip. These were to be used on the two-hour bus drive to the Washington State Capitol. The notice read as follows: “Since it is a long bus ride we are allowing students to bring electronics on the bus. Electronics will stay on the bus once we arrive in Olympia.” Gone were the days of reading a book, singing songs or looking out of the window on a field trip bus ride. This was now the age of technology.

The teachers offered a choice that was “sweeter than reality.”
To keep elementary school children quiet and entertained for a prolonged period, they turned to electronic devices. This would be far easier to manage than the reality of around 70 noisy, boisterous, excited school kids. One of the teachers later described the bus ride as “very peaceful.”

Most people agree that technology is a tool that helps you accomplish a particular task. Through its use you can complete your work, learn Math, compose music or view the solar system. But for some neuroscientists, technology can be defined as “electronic cocaine,” digital “pharmakeia” (Greek for “drug”) or “electronic heroin.”

The iPhone was first released on June 29, 2007 (a year after Facebook took off). In 2008 Steve Jobs launched the App Store with its original iOS apps – 500 in total. As of March 2017, Apple’s App Store had over 2 million apps with Google Play at 2.8 million. Then came the iPad on January 27, 2010, with its Wi-Fi variant three months later. Since then, these devices have been made smarter, more sophisticated and user-friendly. Anyone, including a baby, can tinker on them.

Harris said that we are turning more and more to our phones, generally checking them 150 times a day. This was no coincidence. Silicon Valley engineers have designed our phones, apps and social media to get us hooked.

Brian McDonnell, a programming manager for a Fortune 500 tech company based in Chicago, concurred.

“Certain technologies, like Facebook, are created to give you a little dopamine hit and think, “Oo, I got a little success.”

Dopamine is known as the main “feel-good” neurotransmitter. The idea is that when an action has a feel-good result – receiving a “like” on your Instagram posting or eating choice sweets – dopamine is released, which is pleasant and creates a desire for more of that feeling. This can lead to an addictive cycle.

McDonnell said that technologies that profit from people using them for long periods are created to give you a dopamine hit.

These methods were used by the gaming industry a decade ago. These games are designed to give you a little success at random reinforcement intervals, just as Skinner concluded. The technologies that rely on continued usage to make money use this approach.

McDonell said that not all tech companies are focused on reinforcement. He said that a distinction must be made between companies relying on eyeballs to earn a profit and those that want to inform or instruct.

“Technology is a tool to do whatever you’re trying to do,” he said. “There’s a difference between addictive behavior and access to whatever information you need when you want it.”

As a father of two elementary school children, McDonell and his wife restrict screen time. Screen time is defined as anytime a child looks at an electronic screen. This includes watching videos and TV shows, playing video games and using a computer, phone or tablet.

This restriction is not uncommon for those in the tech industry.

New York Times reporter, Nick Bilton, once asked Steve Jobs, “So, your kids must love the iPad?“ To which Mr. Jobs replied, “They haven’t used it. We limit how much technology our kids use at home.”

With children spending over 50 hours of screen time every week (according to a Kaiser Family Foundation study), McDonnell said that his children are only allowed tech until 10am on Saturday mornings. This was not because it was inherently harmful. He said kids’ online use needed curtailing because they don’t yet have the knowledge and experience to make good decisions.

“They don’t know how to say no,” he said. “If they only ate candy, that would be harmful.”

McDonell said that unrestricted tech use was like giving kids cotton candy that could lead to addictive behavior. That is why his family relied on Common Sense Media to gauge the value of apps. This is a non-profit organization that rates, educates and advocates for kids, families and schools to promote safe technology and media for children.

Like many parents, McDonell applauded games like Minecraft. This game is designed by the Swedish software company Mojang and recently sold to Microsoft for $2.5 billion. It has more than 100 million registered users and is the best-selling computer game of all time. For most parents, the appeal of the game is children’s ability to build, increase spatial awareness and be creative -- almost like a virtual Lego set. For these reasons, many call it “educational.”

Kardaras, neuroscientist and author of “Glow Kids: How Screen Addiction is Hijacking Our Kids – and How to Break the Trance,” calls Minecraft a clinically and neurologically addicting drug.

“The ever-increasing and never-ending “limitless possibilities” of the game create a very hypnotic grip on kids. That hypnotic pull along with the stimulating hyper-arousing content creates a “dopaminergic” (dopamine-increasing) effect….”

Kardaras said that Minecraft relies on a system of rewards to keep children playing. The rewards (the ores) are dispersed randomly through the “earth” so that the player has no idea which strike of the pickax will recover the sought-after minerals (gold or diamonds). He equates this to the ‘variable ratio reward schedule’ used in casino slot machines – known as the most habit-forming and addicting reward schedule.

Harris also referred to this in his 60 Minutes interview. He said that every time we check our phones we’re playing the slot machine to see, “What did I get?” He said this was one way to “hijack” people’s minds and form a habit.

“What you do is you make it so when someone pulls a lever, sometimes they get a reward, an exciting reward. And it turns out that this design technique can be embedded inside of all these products.”

Although Harris said that most parents were not alert to the intricacies of these devices, some, like Sierra Brenner, a Seattle-based therapist, are aware.

For her, technology is helpful and beneficial, but it tends to be a one-way experience.

“You don’t really have to be present at the receiving end of the input of information.”

By present, she meant the time it took to digest and accept feelings that would naturally arise from an in-person experience. With technology, she said everything was happening in an invisible way.

Brenner said that modern children are developing without learning how to delay gratification. She gives the example of how we used to communicate through sending letters. You had to actually write, seal it, get a stamp, go to the mailbox and mail the letter. Then you had to wait – for weeks sometimes – for a response.

For Brenner, delayed gratification helps kids anticipate or visualize long-term goals. One has to ask, “What are the steps I need to take to achieve those goals?” This allows kids to experience frustration or setbacks and learn how to navigate them.

“Smart devices,” she said, “Allow us to mute or cover up our more unpleasant experiences and focus only on what makes us feel good.”

It’s for these reasons that she hardly exposes her two pre-school children to screen time.

For her, it’s important that kids don’t remain stationary, focusing on a screen, when they could explore play and learn the coordination of their body, mind, and themselves. Through creative play children learn how to tolerate emotional experiences. The word “emotion,” she said, means to ‘move things out.’ The mind tends to hold onto things, but through movement, play and experience, kids can explore a difficult emotion and not hold onto it by moving it out of their body.

Brenner said that when her kids were younger she and her husband let them use their phones. What she noticed was that when they’d watch TV or use a device, they would get glazed, become “disembodied and checked out.” She also saw that after that interface, they would get aggressive and have an attitude.

This is echoed by Kardaras. He wrote that as students read Raz Kids on iPads, some of them surreptitiously switched to playing Minecraft. When asked to put down their iPads after reading time one boy defiantly shouted, “No, I don’t want to!” Kardaras wrote, “The teacher would tell me later: “Usually when I ask them to put away their tablets, a couple of the students always get agitated and defiant. What upsets me is how angry they can get when I ask them to stop; the one boy in particular almost always has an outburst.”

To eliminate such outbursts, Brenner and her husband took a stand in September 2016. Instead of the two to four hours a week of screen time, their kids now get one to two hours every three to four weeks. This is much less than the recommendation set by the American Academy of Pediatrics (AAP). They suggest an hour or less per day of high-quality digital media and parental supervision during screen time.

Brenner said that they’ve seen a remarkable difference in their children. They play outside co-operatively, reach out to friends and are more vibrant. They use their imagination and enjoy picture books. The biggest change is that they’re self-initiating and don’t get bored easily.

Maintaining this childlikeness is what most parents strive for. When Harris talked about how 50 tech designers influence how a billion people spend their time, this makes one pause. The key word is influence. It’s not mandated. The beauty of free will is that we have the opportunity to make a choice every moment of our lives - especially when raising children.

If we are checking our phones 150 times a day and feel a compulsion to do so, one can only imagine what continued use does to children. Perhaps we can take a note from what Chris Anderson, chief executive of 3D Robotics, a drone maker said. The reason for limiting his children’s tech use to weekends is because he has seen the dangers of technology firsthand. “I’ve seen it in myself,” he said, “I don’t want to see that happen to my kids.”

What American Schools Can Learn from Japanese Moral Education in Schools

What's the Benefit of Having an Early Childhood Education?