What American Schools Can Learn from Japanese Moral Education in Schools 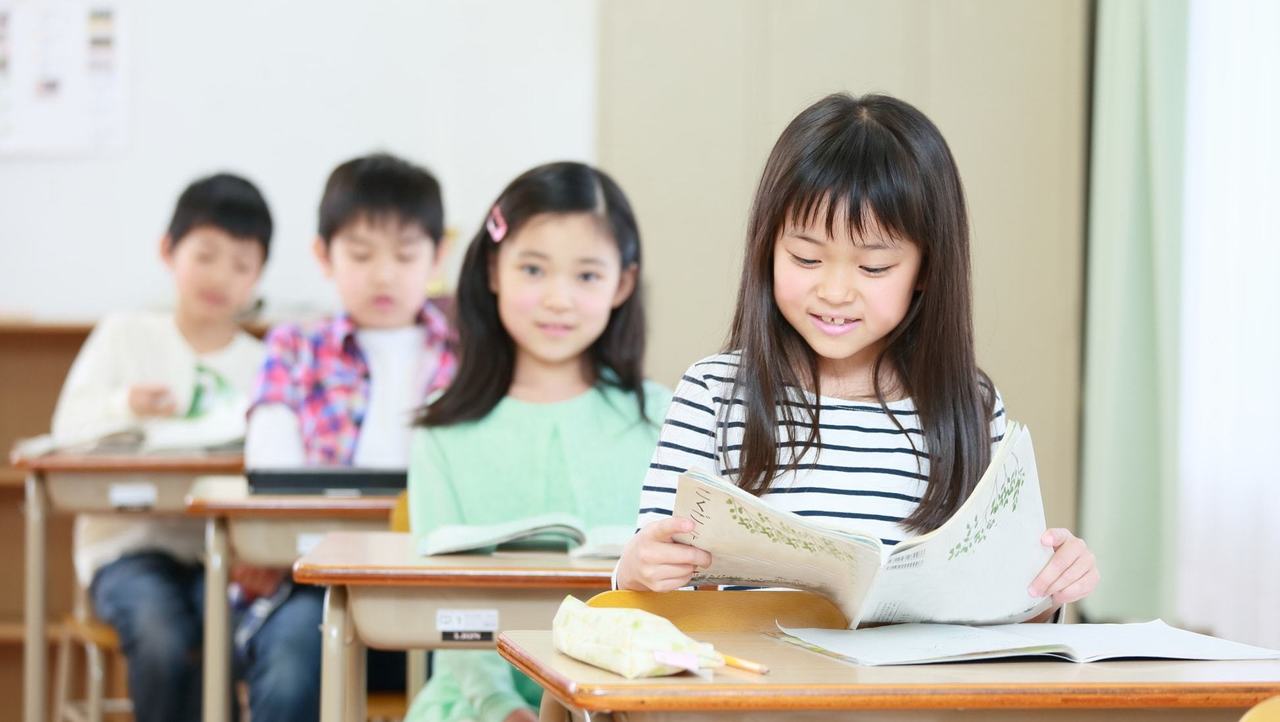 “When educating the minds of our youth, we must not forget to educate their hearts,” said the world-renown Tibetan leader, the Dalai Lama.

If you consider that children spend more time at school than they do at home, then the above quote has significant meaning. Both in the US and Japan, the average child in elementary school spends between six and seven hours in school. Then add afternoon activities and you can see how much time children spend outside of the home.

The idea that “the education of the heart” can only be taught at home is impractical. Moral education must have its foundation from the home. All parents have the responsibility of instilling this on their children. But it’s unrealistic to expect these values to stick if a child is only home in the late afternoon or evening. Schools have a primary role to play in this education.

The word moral comes from a Latin root (mos, moris) and means the code or customs of a people, the social glue that defines how people live together. In the US, this term is used under the umbrella of ‘character education.’ The goal is to teach children in a way that will aid them in developing various moral, civic, mannered, non-bullying skills. This includes life skills education, moral reasoning, ethical reasoning and conflict resolution, to name a few. In a nutshell, it’s the teaching of good behavior and values in young children.

Moral education is an integral of Japan’s educational system. Japan’s Education Ministry says its goal is to “cultivate student’s morality, including moral mentality, judgment, engagement, and attitude” through all the educational activities in school. This includes orderliness, mindfulness, hard work, fairness, harmony, – in relationships and with nature. According to guidelines, at least one class hour per week is set aside for moral education.

Starting in the 2018 academic year, this “dotoku” (moral education) will now be a full-fledged “subject” in elementary and junior high, instead of the ungraded school “activity” it has been for many years. The Abe administration cited serious cases of school bullying, including one that led to the 2011 suicide of a high school student in Otsu, as the reason for this change. Instead of the supplementary textbooks and materials devised by teachers, textbooks will now be standardized. Each child will not be graded but will be evaluated subjectively, with the teacher making comments on each student’s performance.

In the US, the adoption of this education has been difficult, even though thirty-six states have laws that specifically mandate or encourage character education. One of the main reasons is the overall focus on standardized testing and narrowly focused curricula. But there is another more pressing cause. Disruptive behavior is a significant issue for teachers. This includes distracting others, seeking attention, calling out in class, and general disobedience. In a poll of the American Federation of Teachers (AFT), 17 percent said they lost four or more hours of teaching time per week due to disruptive student behavior; another 19 percent said they lost two or three hours.

Tina Owen, who has taught elementary school in the US public school system, thought that the Japanese system of moral education was commendable but complicated for US public schools.

“It’s another burden to place on teachers. Behavior is such an issue that to get reading, writing, and Math time is already a challenge. “

Tina said that many teachers, at elementary level, spend their time documenting bad behavior. They often do this during lunch. They cannot just state that a child was belligerent. They have to write the instances: “John kicked a chair; kicked Suzy; then threatened to kick me.”

Tina remembers the days when her own mother was a schoolteacher from 1963 to around 1987. Teaching manners was an integral part of education as schools used to focus on character education and civic virtue. Many of the founders of America, including Thomas Jefferson and Benjamin Franklin wrote about the importance of character education in maintaining the new republic. But in the modern American public school system, this was proving more difficult to focus on.

“Parents are sending kids to school with behavioral issues when teachers would rather just teach. That’s what they love to do and would be ready to do.”

Many educators fear that these issues will not be readily addressed. The 2018 budget proposal released by the White House on March 16 has worried them. AFT President, Randi Weingarten said that the budget “takes a meat cleaver to public education” and ignores promised investments in the “types of skills, training and vital family supports” that helped elect Donald Trump to the Presidency.

With the rise of behavioral issues in schools, Gallup polls and reports have shown that around 90 percent of Americans support teaching values such as honesty, democracy, and acceptance in public schools. As Sanford N. McDonnell, former CEO of McDonnell Douglas (now Boeing) and chairman emeritus of the Character Education Partnership noted, “With character-related fires blazing all around us, Americans need to recognize that we should be emphasizing good character in our young as emphatically as we have been focusing on higher math and science test scores.”

Joy McCallister, a mother of two children in elementary school, agrees with this sentiment. Her concern for the overall trend of public school education in the US led her and her husband to send their children to private school. Their primary reason for making this decision? Moral education.

“Learning ethics at a young age is ideal,” she said. “Children have enough time to learn academics. But life skills are important.”

At her children’s private school of around 89 children, students learn to have group discussions and role-play. One of the rules at this school is that students are not allowed to exclude others from games. All children must be included.

The school also teaches students practical lessons in morality by taking fifth graders to homeless shelters. They learn about why some people are in that state and how to make things better.

“Our kids learn that people have different opinions so this helps them deal with others in a positive, ethical way.”

Joy just returned from a trip to Japan with her daughter, a first grader. She was aware of the qualities of responsibility and care in the younger Japanese children they encountered. She found them very respectful.

These are the qualities that she greatly values, which is why her family made the choice of private education. But she made it clear that her children do not go to a religious school, although this in an option for private schools. They chose an ethics-based school, and not a religious one. Japan, the US, France and other countries prohibit religious instruction in public schools. So, moral based education is not religious teaching in these schools.

Many critics, both in the US and Japan believe that moral education has political undercurrents, often teaching children traditional, nationalistic, conservative values that lean toward the political right. Some argue that teachers will give good grades to only those students who share their opinions. Also, that these programs are designed to create impressionable, robotic students who do not question authority. In a 2010 study conducted by The Institute of Education Sciences in the US, it was found that the benefits of character education were negligible. After studying 84 school districts around the country, researchers found no academic improvement between schools using character education programs and those that didn’t.

Perhaps these results are due to the methods used. Tina said some principals would simply announce a quality in the morning and quote from people around the world.

“They try to teach it in this fashion but the kids are not really absorbing it.”

Alfie Kohn, author of 14 books on human behavior, education and parenting would agree. He said, “The techniques of character education may succeed in temporarily buying a particular behavior. But the words and actions are unlikely to continue — much less transfer to new situations — because the child has not been invited to integrate them into his or her value structure.”

The best example Tina saw of effective moral education implementation was in a school in Alaska.

The principal went into the classroom everyday. He sat down and observed. He had great rapport with the kids and knew what was going on in every classroom. If he saw behavior that was inappropriate he would discuss it immediately with that student. When children got off the school bus he was there to greet them. This created a school that was participatory – both the students and teachers were invested in practicing the moral qualities that the school stood for.

“Teachers want to teach morals,” said Tina. “That’s what they’re about. When kids behave and are considerate, grades go up.”

In Japanese schools, this education is taught through ethical training and other life skills.

Tomoko Rossiter, who was born and raised in Kure City, Hiroshima, clearly remembers this moral education during her formative years at school. She said that they spent at least one to two hours on moral-related topics each week.

“We often decided the topic and the weekly leader would lead the class. I strongly remember one case that we discussed about a girl who was hated in the class. We discussed our behavior and how we could improve. I still remember vividly that the girl stood up and said, “Thank you for not eliminating me and including me in your group.” I was 10 years old or so.”

In Japan the school and teachers follow basic moral guidelines without enforcing their own personal beliefs. Some of the values that students are taught include how to respect the elderly, care for animals, respect parents, help those with disabilities, and cooperate with each other. For Tomoko, this helped her learn that “it is important to put ourselves into someone’s position and understand others.” For her, school was an ideal place to learn that with friends.

Besides having these discussions, elementary school children also take turns being in charge of cleaning the classroom after school, serving lunch, taking care of plants or school pets such as rabbits or fish. American schools also attempt to teach these skills though in limited ways.

In viewing both systems of moral education and life skills training, the Japanese method appears to be effective. American schools could benefit from applying this approach.

“Anything reinforced is learnt,” said Joy. “The more morality is reinforced, the better off the child.”

Instilling moral or character values comes from the home. However, if children are spending more time outside of the home, schools could profit from supporting these lessons.

As President Theodore Roosevelt reminds us, “Character, in the long run, is the decisive factor in the life of an individual and of nations alike.”