How Stable Is The Kim Jong-un Regime? 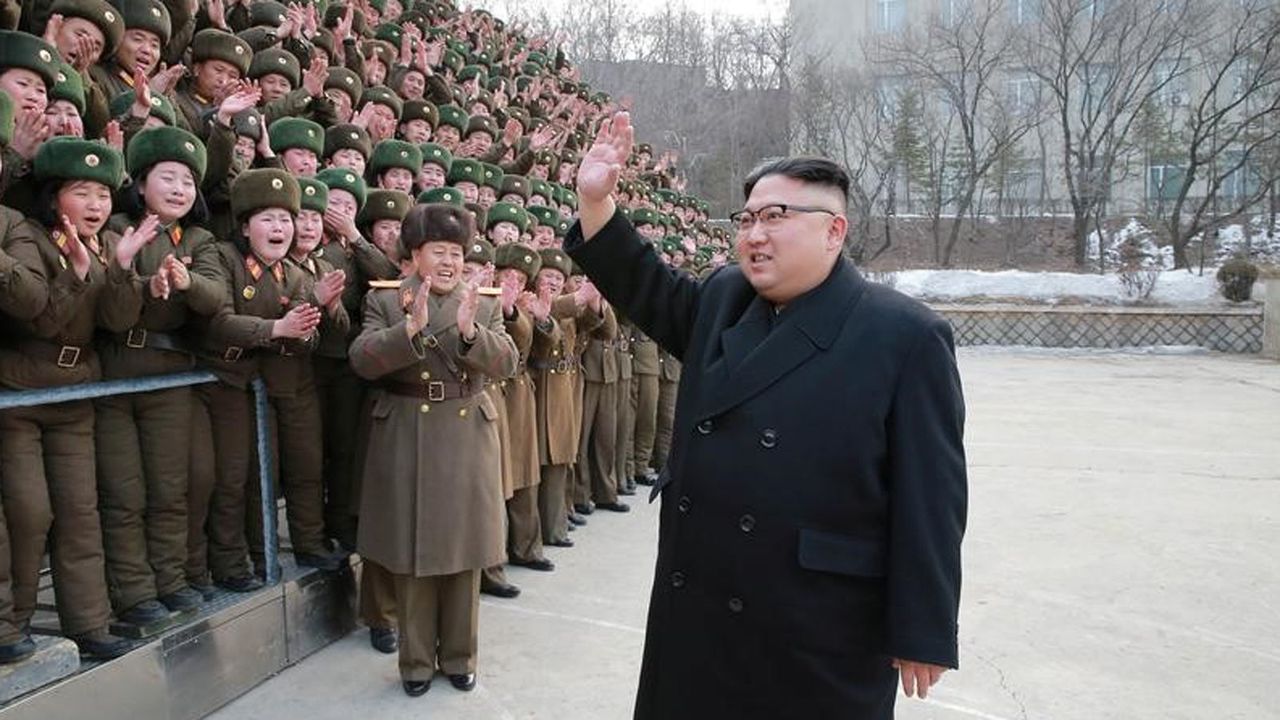 Scott Snyder is senior fellow for Korea studies and director of the program on U.S.-Korea policy at the Council on Foreign Relations (CFR). Prior to joining CFR, Snyder was a senior associate in the international relations program of The Asia Foundation. Snyder received a BA from Rice University and an MA from the regional studies East Asia program at Harvard University and was a Thomas G. Watson fellow at Yonsei University in South Korea.

――How stable is the Kim Jong-un regime? Are there any signs of dissent?

He is clearly in control. But totalitarian regimes are opaque; we won't know that something is unstable until it becomes very clear to everyone.

The main catalyst for instability right now would be an assassination attempt or direct threat on Kim Jong-un himself.

Otherwise, they’re doing fine economically. Politically, Kim Jong-un rules by fear. And so, under rule by fear it's very difficult to mount a challenge.

――Why risk an international backlash by targeting Kim’s older step-brother for assassination?

Rule by fear often involves a bit of paranoia, including seeing threats where none may exist. That is probably the case with Kim Jong-nam. He himself did not pose any threats to his younger half-brother, Kim Jong-un. Measured in power, Kim Jong-nam did not pose a threat. But he did pose a potential threat by nature of his blood ranking in the Kim family dynasty.

Realistically, Kim Jong-nam had no power base of his own. He did not have a powerful backer in North Korea. He showed little interest in directly challenging Kim Jong-un. There's no evidence he would have been able to do so had he wanted.

Historically, even in the Dynastic Period, these kinds of challenges were taken care of by exile.

That's the way Kim Il-sung and Kim Jong-il took care of it. But, exile of his half-brother obviously wasn't enough for Kim Jong-un to feel secure.

――What motivated the recent missile testings, especially the one in last month when Prime Minister Abe was visiting President Trump?

I think that over the course of the past year with North Korea's missile program, what we have seen is a primarily internally driven program. They've set their goal, and they're doing their best to move forward and that means that there's not an external break that has appeared to be able to be affectively applied, and it's really internal factors, and the technical factors are probably most important among those internal factors. The rational for pursuing it is, I think also has now become connected to legitimation of Kim Jong-un's rule. That his ability to move forward depends primarily on the technical ability of the north to make progress. It's clearly being prioritized and promoted as a priority.

Is there any evidence that China is prepared to increase pressure on North Korea?

――I think they're applying more pressure, but I don't think that it will reach a point that the U.S. will consider to be sufficient.

China has tried to retain discretion and control in calibrating the pressure, especially to advance Chinese objectives, particularly stability in North Korea.

Cooperation with China is necessary from a U.S. perspective, but will not be sufficient to drive North Korea in a different direction.

Kim Jong-un is unlikely to move in a different direction, which means that a strategy primarily focused on shifting Kim’s strategic calculus is misplaced.

The U.S. has to find some additional mechanism. As you look at the options menu, that points to unilateral sanctions that go far beyond what China has been willing to do cooperatively with the U.S.

That's the challenge: Maintain maximum cooperation with China while taking additional measures to pressure North Korea to the point where North Korea really feels it.

The Obama administration leaned toward maximizing cooperation with China. Under Trump, there is momentum building toward the secondary sanctions approach.

――Will the next government in Seoul maintain earlier commitments to the THAAD missile defense program, which China has strenuously opposed?

The front runner, Moon Jai-in (formerly chief of staff to former president Roh Moo-hyun), is in the mold of Roh Moo-hyun. We had frictions in the U.S. Korea relationship between Roh and Bush. The political configuration between the Trump’s US and Moon’s ROK is likely to generate greater tensions between the US and South Korea than we have seen over the past decade. The Moon administration is likely to affirm the alliance as the foundation for its policy. But it's going to push for greater flexibility and exploration of a wider range of options, particularly on the dialogue side with North Korea, than we have seen under the Park administration.

――What about Seoul’s relations with North Korea?

The likely new government in Seoul will have an impulse for dialogue, and that will bump up against the Trump Administration, though it remains unclear exactly in which direction the Administration’s ongoing policy review will go.

Under Park Geun-hye, the South has really been pursuing a policy to all-out squeeze North Korea.

The new government in Seoul is going to explore ways to potentially roll that back as part of their search for dialogue with Pyongyang.

In its enthusiasm for dialogue, the Moon Jae-in camp’s vision is obscured to the problematic changes that have occurred in North Korea over the past decade.

Think about it: In 2007, North Korea was engaged in denuclearization talks, had just pursued a summit with the South, wanted economic cooperation, basically hadn't walked away from the negotiating table, or committed itself to an overt policy of nuclear development.

But, under Kim Jong-un, the priority is nuclear development.

――What policy options are left for the Trump administration to consider that have not already been tried?

North Korea has become urgent because time is not on our side. North Korea is presenting the US with a choice between two policy options that are each unacceptable.

On one side is acquiescence to a nuclear-armed North Korea. On the other end is the use of military force.

Either of those policy choices would actually serve, to some extent, North Korean interests. Acquiescence would mean acceptance of North Korea’s desire for recognition as a nuclear state.

On the other side, a US decision to use unilateral force to denuclearize North Korea would break the US alliances in the area, and would have drastic consequences for all concerned.

The North Koreans are betting that The United States will continue to act as a traditional force for order and stability, and that the coercive options will be too unpalatable for the US to pursue.

――What do you expect to come out of the Trump administration's review?

I don't see a great hunger for preemptive action. Nothing would kill Trump’s domestic agenda faster than getting into a war on the Korean peninsula. At the same time, solutions that we've tried so far have not worked.

It might not be possible to solve this without loss of blood and treasure. The longer you wait, the higher the costs. And the further down the military path you go, the less feasible it is to pursue diplomatic and other options that might obviate the need for conflict.

The Obama administration had prepared over the last year steps to heighten pressure on Pyongyang. The Trump administration is likely to let those plans play out.

Look for options that help buy some time, while they look for a viable strategy.

The likely incoming South Korean administration will make it more difficult for US preemptive options to be considered. It probably necessitates an additional look at whether anything can be accomplished through diplomacy.

But, I don't know how patient the US will be in that regard. The impulse of a progressive administration in Seoul to pursue dialogue with the North as an alternative to conflict may never be exhausted.