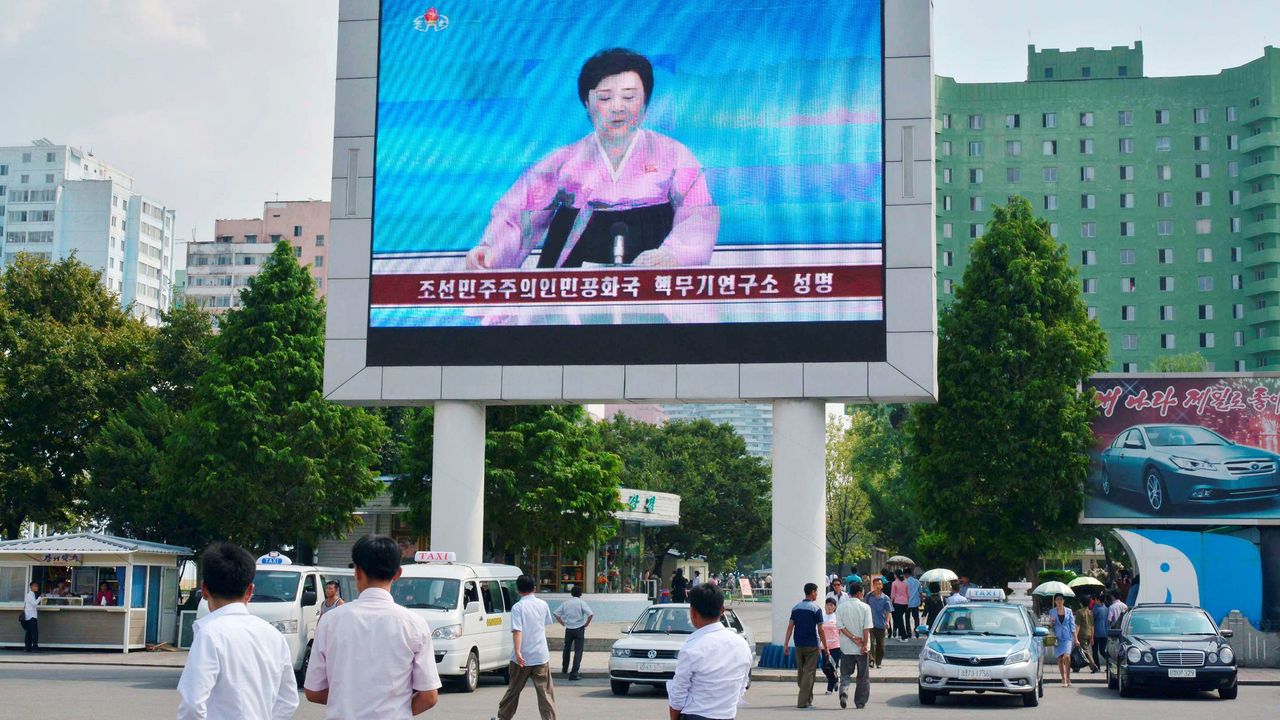 It is tempting to characterize the recent round of North Korea missile and nuclear tests as only the latest example of the provocative behavior of its brash young leader, Kim Jong Un. A simultaneous launch of three medium-range missiles, mounted on mobile launchers, was defiantly timed to coincide with China’s hosting of the G20 summit in Hangzhou. And the latest nuclear test, the fifth carried out by North Korea, seemed designed to assert its status as a nuclear weapons power ahead of the U.S. presidential vote.

There is a strategic and a military logic to North Korea’s tests, however, that goes well beyond any short-term propaganda goals or assertions that this is the act of an unstable regime. In reality, North Korea has been remarkably consistent. These tests are part of a long-standing program to create a deliverable nuclear capability, designed to provide regime survival and to threaten the security of South Korea and its allies.

The pace of North Korean testing has notably accelerated under Kim Jong Un. Compared to his father’s reign, when some 18 missile tests and two nuclear tests took place, the young leader has conducted 35 missile launch tests and three nuclear tests in the last four years.

In this year alone, the North Koreans carried out 22 missile tests, including the first successful test of a K-11 submarine-launched ballistic missile and simultaneous launch of three range-enhanced Nodong medium-range missiles and several tests, mostly unsuccessful, of the Musudan medium-range mobile missile, derived from the design of the Soviet R-27 missile.

Taken together, the missile tests seem clearly aimed at proving the survivability of their nuclear forces, with both submerged and mobile launchers, and the ability to overcome a limited missile defense system.

They also tested a solid-fuel rocket that would be less vulnerable to pre-emptive attack. The North Korean tests showed off a variety of missiles capable of carrying a small warhead, with ranges from 1,300 kilometers to 6,000 km.

The two nuclear tests this year were intended to demonstrate that the North Koreans have different fissile materials to fashion their warheads and succeeded in creating a miniaturized warhead. As the North Korean statement issued on September 9 put it:

“The standardization of the nuclear warhead will enable the DPRK to produce as many as it requires a variety of smaller, lighter and diversified nuclear warheads of higher strike power with a firm hold on the technology for producing and using various fissile materials. This has definitely put on a higher level the DPRK's technology of mounting nuclear warheads on ballistic rockets.”

American, Japanese and South Korean defense planners must now operate on the assumption that the North Koreans are capable -- if not now, soon – of putting South Korea, Japan, and American bases in the Western pacific at risk, though targeting the continental U.S. remains well down the road. The deterrence role of North Korean nuclear forces is now established, making it easier for them to conduct conventional attacks in the belief that the U.S. and South Korea will be even more constrained in their response.

“Much more troubling for now is that its recent nuclear and missile successes may give Pyongyang a false sense of confidence and dramatically change regional security dynamics,”
Dr. Siegfried Hecker, the former director of the Los Alamos Nuclear Laboratory and now a professor here at Stanford who has visited North Korea many times and had unusual access to its nuclear facilities, wrote this week.

Beyond deterrence, there is a more ominous rationale for these forces – to fight and win another war on the Korean peninsula. The North Korean leadership has long believed that the only real obstacle to military victory would be a repeat of the U.S. intervention, from its bases in Japan. The late North Korean leader Kim Il Sung set this goal in a 1965 speech to establish the research institution to develop missiles and other modern weaponry:

“If war breaks out, the U.S. and Japan will also be involved. In order to prevent their involvement, we have to be able to produce rockets which fly as far as Japan.”

The marriage of missiles with nuclear warheads is the completion of Kim Il Sung’s mission set out a half century ago. The threat this poses to the security and stability of Northeast Asia has long been clear.

For at least two decades, there have been repeated efforts to negotiate a diplomatic solution to this challenge, one that would reassure the North Korean regime of its security, removing their stated reason for having nuclear weapons, in exchange for abandoning their nuclear and missile programs. The nuclear freeze negotiated in 1994, followed by the moratorium on missile testing, collapsed under the Bush administration.

Proponents of negotiation point fingers at hardliners in the Bush administration who aborted talks that gained momentum under Clinton, while others note that the North Koreans were actively hedging their bets, carrying out a clandestine uranium enrichment program and using Iran and Pakistan to test their missiles. Multiple attempts to revive the freeze, including after the first nuclear test in 2006 and the disastrous Leap Day agreement negotiated by the Obama administration in 2012, have failed.

American policy makers continue to keep the door open to negotiations, as does Seoul, but the appetite for this is greatly diminished, thanks largely to North Korea’s actions. Barring a shift in power in both capitals – a Trump victory in November and a progressive victory in South Korea a year later – this is not likely to change.

Instead, the test last January set in motion another, strengthened sanctions regime against North Korea, with the hope that China would finally be ready to impose a serious economic price on Pyongyang. The goal is to significantly harm the North Korean ability to garner the hard currency to finance its nuclear and missile programs. The effectiveness of those sanctions is challenged, not least because cross border trade with China seems largely untouched, but the sanctions haven’t been given enough time to work.

The response to the latest test has so far been rhetorical, with calls for even tighter sanctions including secondary sanctions against Chinese banks that continue to handle transfers to North Korea. In newspaper editorials and in the pointed remarks of Obama administration officials like Defense Secretary Ashton Carter, the biggest target of attack is China for failing to contain its client.

To some degree this reflects anger over Beijing’s obsessive campaign to pressure South Korea to block the deployment of high-altitude missile interceptors on its territory. But the frustration with China is not new, nor is the almost desperate belief that the solution to the North Korean problem lies solely in Beijing’s hands. The Chinese invited this belief when they took on the role as the facilitator of negotiations that led to the 6-party talks, which have not convened since 2009.

But the Chinese also consistently made defended their clients claims that their nuclear program was fundamentally a response to the threat from Washington and Seoul, a position the Chinese foreign ministry angrily repeated this week in response to American criticism.

The policy alternatives thus are effectively limited. “If nuclear weapons development has truly become a central tool by which the Kim family justifies the perpetuation of its rule domestically, denuclearization is possible only as a product of regime change,” writes Scott Snyder of the Council on Foreign Relations.

“The only alternative to regime change is acquiescence to North Korea as a nuclear weapons state. Such is the strategic choice that North Korea’s current course poses to the United States and its allies.”

Short of that choice, the U.S. is bolstering its military presence, at least in the short term, to reassure both South Korea and Japan that its nuclear security guarantee remains intact. The dispatch of strategic bombers and the movement of naval forces such as aircraft carriers is a fairly standard form of signaling however and of limited effect.

It is not impossible that the North Koreans will set in motion a rethinking of American military deployments that could bring more nuclear-capable forces, such as advanced fighter bombers and even a second aircraft carrier, to bases in Japan, as well as in South Korea. At the least, that will reinforce our deterrent commitment but it may also force China to reassess its opposition to regime change in Pyongyang.