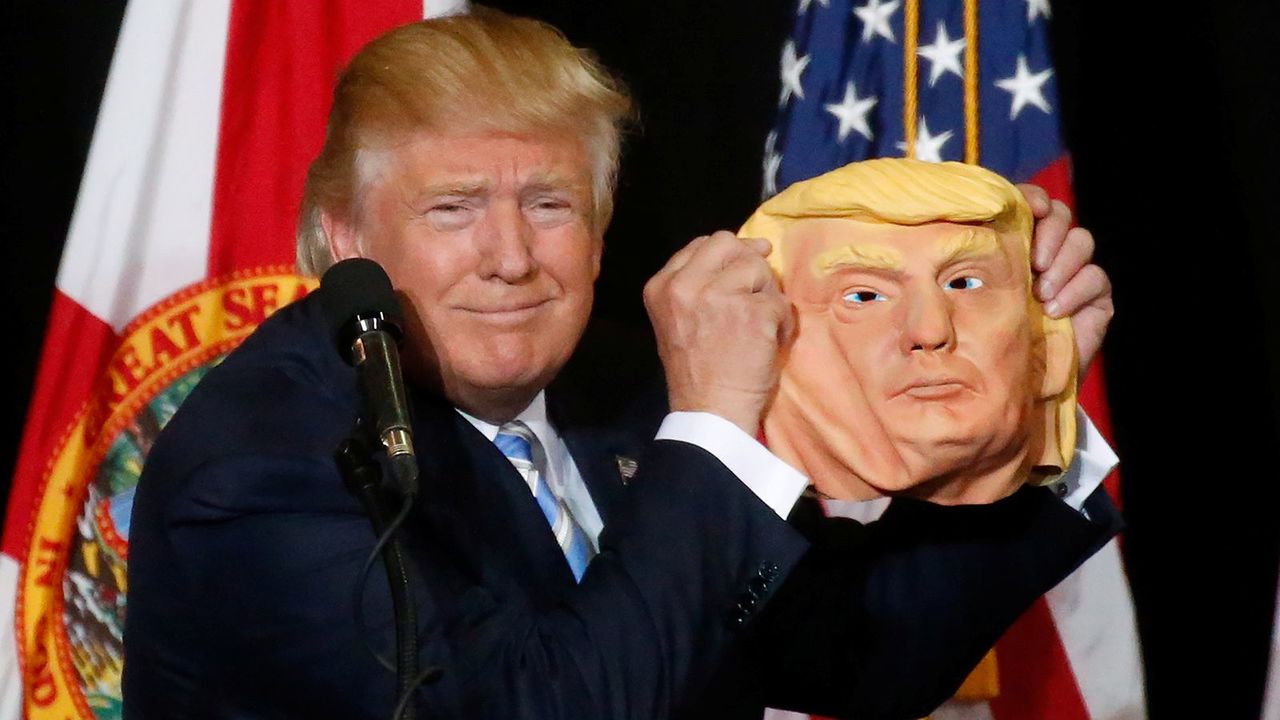 Prime Minister Shinzo Abe has apparently decided to hold an urgent meeting with U.S. President-elect Donald Trump in New York, on his way to the Asia Pacific Economic summit in Peru. It is far from clear what the Prime Minister hopes to accomplish, or whether such a meeting will even be a good idea, so early in the transition process. But one thing is surely true – the Prime Minister needs to go into that meeting with a clear understanding of what has happened in the U.S. and what it could mean for U.S.-Japan relations.

The election of Trump as the president of the U.S. is not merely a devastating defeat for the Democratic party and for the political establishment, including within the ranks of the Republican party. More stunningly, it represents a clear repudiation of the interventionist internationalism that has dominated the foreign policy of both major parties since the Cold War.

From the first moments of his campaign announcement in Trump Tower on June 16, 2015, Trump took aim at some of the most sacred foundations of that internationalism – a commitment to a global free trade system, our alliance systems in Europe and Asia, and our opposition to authoritarianism and defense of democratic rights.

In repeated interviews, speeches, debates and even Tweets, Trump articulated this world view, a nationalism that veered openly into isolationism, tinged with a xenophobic racism that aimed not only at Mexicans, but Muslims, Asians and ultimately all ‘foreigners.’ On November 8, enough Americans embraced that ideology to win him the Presidency.

Now what does that mean for Japan – and for all of Asia? Just listen to Trump’s words on that first day of his campaign:
“Our country is in serious trouble. We don’t have victories anymore. We used to have victories, but we don’t have them. When was the last time anybody saw us beating, let’s say, China in a trade deal? They kill us. I beat China all the time. All the time. When did we beat Japan at anything? They send their cars over by the millions, and what do we do? When was the last time you saw a Chevrolet in Tokyo? It doesn’t exist, folks. They beat us all the time.”

On the campaign trail, Trump vowed to stop the Trans-Pacific Partnership (TPP) agreement and to renegotiate, if not repudiate, the North American Free Trade Agreement (NAFTA), a deal which led to the construction of Japanese factories in Mexico to export to the American market.

A few months later, in an interview in September with The Economist, Trump elaborated that attack on Japan for unfair trade and ‘stealing jobs’ by questioning the value of our security alliance. Why are we defending Japan against China, he wondered:

Trump took his questioning of the value of our security alliance a leap further in an interview with the New York Times in March. If Japan and South Korea should do more in its own defense, he was asked, would he object if they developed nuclear weapons to deal with China and North Korea? Trump was almost casual about the idea of junking long-standing American opposition to nuclear proliferation. At some point, Trump answered, given the state of American resources, “it could mean nuclear.”

Trump seems almost ignorant of the historical roots of the American alliances in Northeast Asia. As has been pointed out in American media, Trump ignores the significant contribution that Japan and South Korea make to the support of the forces based in those countries. More significantly, he simply does not seem to understand the strategic role those forces play in maintaining the peace and stability of all of East Asia.

Trump’s views are by now, well known in Japan. For months, American foreign policy makers have been reassuring Japanese, and other Asian leaders and policy makers, that these are just the heated rhetoric of the campaign. If Clinton wins, they told them, she will find a way to return to the TPP, despite her commitment, under pressure from Bernie Sanders and from Trump, to oppose the agreement.

Now those same policy elites are rushing, within hours of the shocking vote, to back Trump and reassure allies and friends that Trump will put these views aside and return to the fold of postwar internationalism, effectively consigning the making of foreign policy to the old elites. Familiar names, such as Richard Armitage, are floated as possible senior officials in a Trump administration, despite the fact that he and others denounced the candidate during the campaign.

This is a comforting idea and perhaps it could come to pass. Trump has few in his inner circle who are capable of running foreign and security policy, or even international economic policy. He will have to draw on the huge well of establishment Republicans to fill many positions, people who still hold to the classic policy prescriptions of internationalism and even assertive American interventionism abroad.

But there are more compelling reasons to believe that Trump will not outsource his foreign policy to the Republican establishment. First, he owes nothing to those elites. He was elected despite their opposition, without their money, and with a campaign staff composed of a hard core of loyalists, some of them even more deeply committed to his anti-internationalist ideology than he has been. He is the triumphant leader of a Republican party that has been transformed in ideology and in its base of support by him.

The most important reason to believe he will not throw away these ideas is that he has been personally voicing these views, on a consistent basis, since at least the days of the U.S.-Japan trade wars of the late 1980s. These are not slogans created just to appeal to former steelworkers in Pennsylvania. These are the deeply held beliefs of Donald Trump and he shows no signs of abandoning them.

In Trump’s ghost written book, “The Art of the Deal,” his manifesto of how to do business published in 1987, he complained about how difficult it was to do business with Japanese. That year he paid for a full-page ad in the New York Times, Washington Post and Boston Globe that denounced the Japanese, saying that while the U.S. paid for their defense, they built a strong economy, based on a deliberately weak yen.

As he told a television host the following year, “we let Japan come in and dump everything into our markets. It’s not free trade. If you ever go to Japan right now and try to sell something, forget about it.”

In a must read interview with Playboy magazine in 1990, amidst the boom of Japanese high profile purchases of Manhattan real estate, Trump was almost vitriolic in his portrayal of Japan as untrustworthy, even duplicitous allies:

In his language, and his understanding of Japan, it is clear that Donald Trump is simply frozen into the same place he reached in the 1980s. Nothing has changed that view of Japan – the only difference is that now he extends this to others such as Korea, China, and Vietnam in Asia. It would be an act of willful self-delusion to believe that upon entering the White House, with Republican policy elites whispering in his ear, Trump will now cast those views overboard.

Still it is legitimate to question whether Trump will give a priority to implementing those views. When it comes to trade, it is unimaginable that Trump will support ratification of the TPP. At best, he would see a complete renegotiation of the agreement. At worst, he will simply repudiate it. It is only slightly less likely that he will pursue the renegotiation, and possible repudiation of NAFTA as well. The Japanese government must understand that reality, though it is a painful one. For Japanese business, it could mean a drastic change in the conditions that led to plant construction in Mexico and Canada.

What is harder to predict is the future of the U.S.-Japan security alliance. Pentagon officials are sure to try to explain to Trump the essential nature of that alliance in meeting the challenge of a rising China. There is already wide spread speculation that the retreat into semi-isolationism by a Trump administration could lead to a more assertive effort by China to take advantage of the opportunity. China might flatter Trump, a la Putin, while exploiting his ignorance of China, wrote James Palmer in Foreign Policy. This will cause some in Asia to bandwagon with China while others, such as Taiwan, South Korea and Japan, propelled by a fear of American abandonment, might seek to develop nuclear weapons to replace the American guarantees of extended deterrence.

It is possible that some in a new Trump administration, wrapped in rhetoric of muscular nationalism, would seek to challenge China. And in that vein, the traditional value of the U.S.-Japan security alliance would be again evident, despite Trump’s complaints about free loading allies. Chinese policy makers will hesitate, however, to provoke Trump who talked about slapping massive tariffs on Chinese goods and blocking American firms from moving factories overseas.

For China, globalization is essential to its own economic survival. And Trump too may not be eager to take on China in the security realm, in areas such as the South China Sea or even to bolster the defense of the East China Sea.

For an Abe administration that has invested heavily in reinforcing the alliance, and in asserting a wider security role in the region, the election of Donald Trump could not come at a worse time. Abe has already pushed to pass the TPP in the Diet and has risked the opposition of the Japanese public by asserting a more robust Japanese defense role, within the framework of the alliance. If Trump undermines both of those pillars, where does Abe go? To Moscow, which surely will be seeking its own deal with Putin’s favorite American politician?

Japanese policy makers may comfort themselves that Trump will not act on his own beliefs, a view perhaps being already pushed to the Prime Minister’s office by friends in Washington. They would be wise to heed the words of Daniel Drezner, a professor of international relations at Tufts University and a regular contributor to the Washington Post who tried to answer the question last week: “What campaign promises would a President Trump try to keep?” Drezner concluded:

“If you think Donald Trump won't try to fulfill his core foreign policy promises as president than you are fooling yourself,” he wrote. And if you hope that ‘friends of Japan’ will emerge by his side to guide him, “Trump will empower advisors who seem to be even crazier than himself.”