What Is Mixi Planning to Do after Monster Strike?

By Yasuhiro Yamada : Reporter of Toyokeizai
May 02,2016 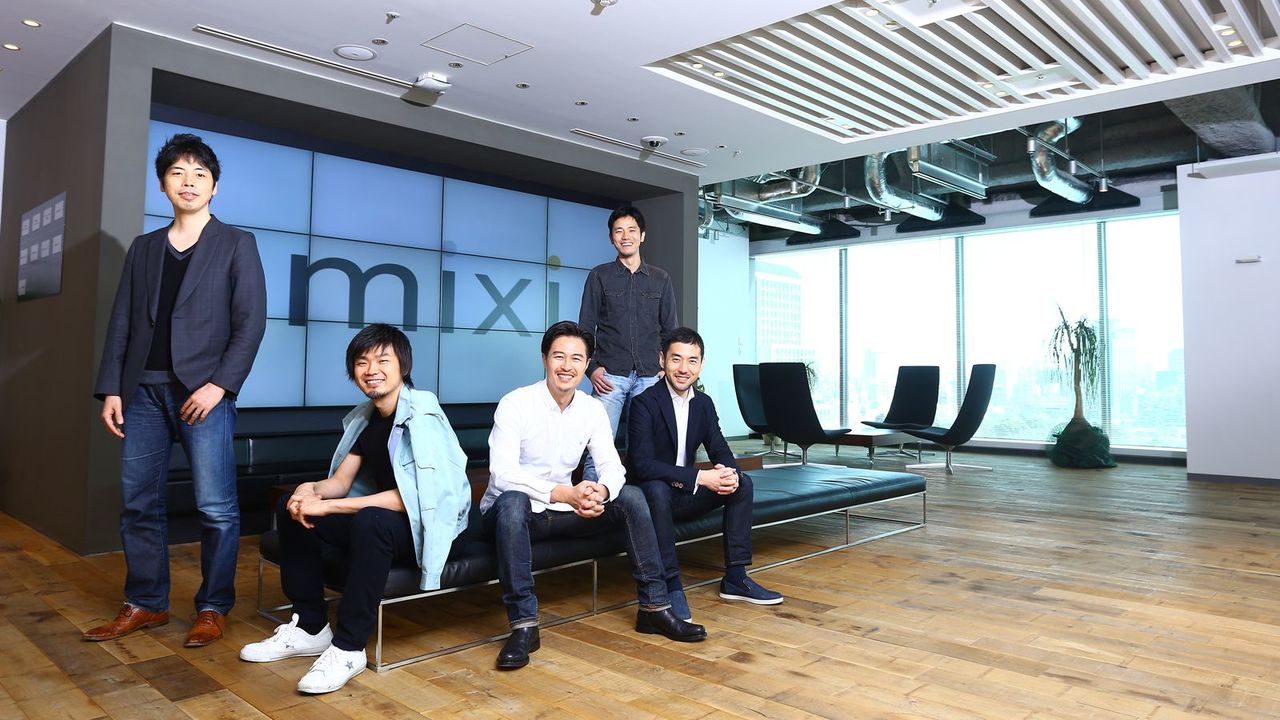 Social media literates in Japan generally know Mixi as one of the first social-networking service providers established in this country. But perhaps, not many are aware that this pioneering company in the SNS business is currently sustaining its growth primarily as the operator of a hugely popular mobile game, Monster Strike.

The executives of the company, headed by President Hiroki Morita, however, are not just sitting cross-legged, content with the smartphone game app’s outstanding sales performance. Instead of basking in this phenomenal success, they are busy collaborating on their next plan to ensure that the company remains sustainable even after the lucrative gaming business begins to slow down.

Finding a new business with growth potential as huge and rapid as that of Monster Strike is an incredible challenge. Anyone who can do a little math would agree to that: the hit game has captured over 30 million users in Japan and elsewhere in less than three years since its launch in October 2013.

Everyone in Mixi’s management knows the importance of those numbers all too well. Of the company’s sales of approximately 150 billion yen (US$1.36 billion) from April to December 2015, roughly 90% is due solely to the monstrous game, and it is still going strong. Moreover, this cash cow contributed enormously to raising the operating gross margin during the same period to over 40%, an enviable figure that most companies can only dream of reaching. 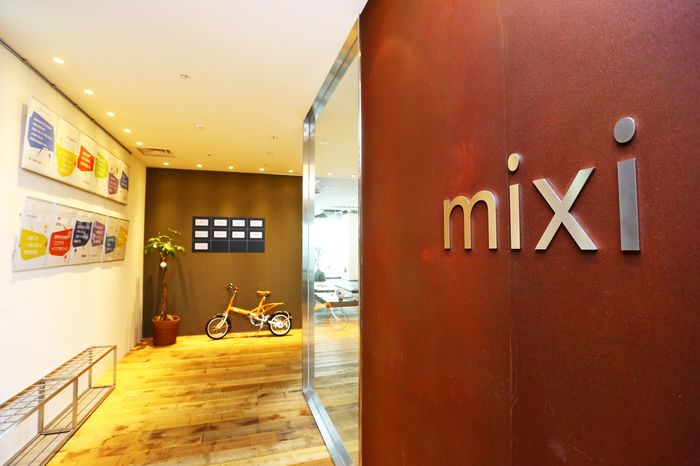 The entrance of Mixi headquarters office in Tokyo. (Photo by Koichi Imai)

The management is currently placing high hopes on the ability of a fast-growing e-commerce app named Ticket Camp to follow a similar trajectory of success. The concept of Ticket Camp is to function as a flea market site where individuals wanting to resell their concert or sporting event tickets can post the asking price of their items and find people willing to buy them at the posted value.

Unlike other net auction sites that do not reveal the winning bidder until the bidding closes, the strength of Ticket Camp is the opportunity it gives to individual ticket resellers to settle their transactions directly with buyers on the spot. This transparency and timeliness has caught on to app users who prefer being able to sell and buy personal items between those sharing mutual interests with a greater sense of speed.

When Mixi made its first foray into the e-commerce market by acquiring Ticket Camp from the original developer, Hunza, in March 2015, the decision was criticized by some, who argued that investing 11.5 billion yen ($104.5 million) was too much for a deal of this scale. It was the most expensive buy-out ever made by the company. 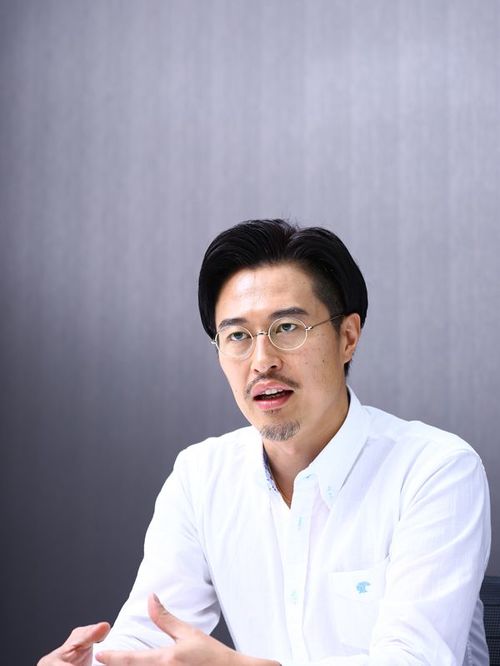 But President Morita stood by the move, explaining “We can’t continue to rely heavily just on Monster Strike. We need to break away from the excessively concentrated one-legged management style by finding multiple pillars that would enable us to stand firm and balanced.”

His remarks reflect the traumatic experience of key members of management three years ago when the company recorded an operating deficit in the second quarter of 2013 for the first time ever since Mixi had become a listed company in 2006.

By the time Mixi engaged in the gaming business with the launch of Monster Strike in October 2013, the company was in a critical financial state. Ninety percent of the company’s total earnings came from just one dominant revenue source: the advertising fees collected from corporate clients publicizing their products and services on Mixi’s SNS platform.

Mixi’s intense focus on its core SNS business prevented the company from responding readily to the needs of the rapidly increasing number of smartphone users. Monthly subscribership of Mixi’s services peaked at around 15 million in 2011 and then began dropping fast due to the emergence of Facebook, LINE and other fresh competitors invading the social media market.

In a desperate search for the light at the end of a dark tunnel, the founder of Mixi, Kenji Kasahara decided to step down from presidency in June 2013.

With Kasahara still overseeing the company as chairman, a new face to head the company was headhunted with assistance from the global management consulting firm McKinsey & Company. But this new leader lasted only a year, opening the position for Morita, who was then the executive manager in charge of Monster Strike. Morita stepped in as Mixi’s third president in June 2014.

While President Morita was planning the bold move of buying out Hunza, his management team estimated that the secondary ticketing business in Japan would grow into an 80 billion yen (US$730 million) market by the year 2019. Based on this projection, the company hopes to recover a good portion of its heavy investment in this acquisition over the next three years.

Although President Morita is confident about the early payback, he understands that the revenue from this e-commerce business wouldn’t come close to the massive proceeds currently pouring in from Monster Strike, which is generating around 15 billion yen ($136 million) a month.

Thus, company executives are urgently exploring multiple alternatives with high growth potential that could collectively bolster the company’s financial strength and maintain its highly profitable business model even after profits from Monster Strike begin to decline. In addition to reinforcing the in-house development of new products and services that could turn into big money-makers, management is putting equal amounts of effort into finding promising up-and-running businesses that could be their next M&A partners.

But no matter how much the cash-rich company with savings of over 90 billion yen (US$810 million) is eager to spend on M&A, there are actually not many prospective ventures as attractive as Hunza.

Analyst Yasuda thinks “any company that hit a jackpot in mobile gaming business will have a hard time getting sober again to work its way up steadily, gathering petty profits from various channels.” He predicts that “once Monster Strike shows sign of slowdown, Mixi will most probably end up looking for another diamond in the same rough.”

The founder of Mixi largely agrees with this view. “We are all proud of the great strides we’ve made so far with Mixi and Monster Strike in our ten years of business. Not many companies can miraculously hit two big homeruns in a row like us in such a short span,” boasts Chairman Kasahara. 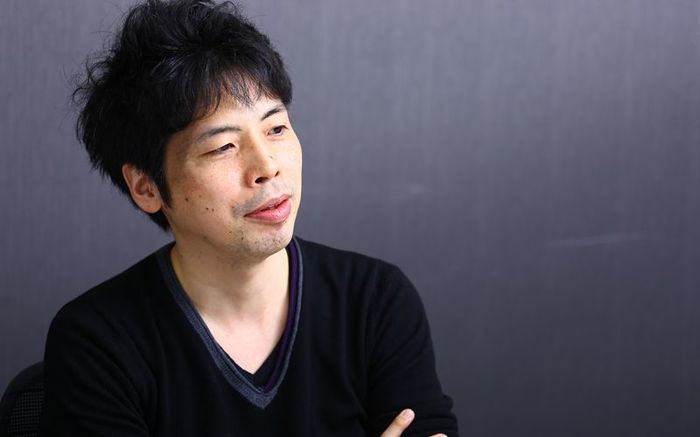 Yet he remains humble. “But at the same time, we know the importance of keeping our feet on the ground. This is the lesson we’ve learned from the pitfall we fell into when we relied too heavily on our SNS business,” says Kasahara.

“We never want to see that nightmare again,” he added. “The sense of crisis we felt when we entered the book in the red has long been embedded in our mind. Although the company is still enjoying great success with Monster Strike right now, I strongly believe that none of our employees have their defenses down.”

Is Sony Back for Real?