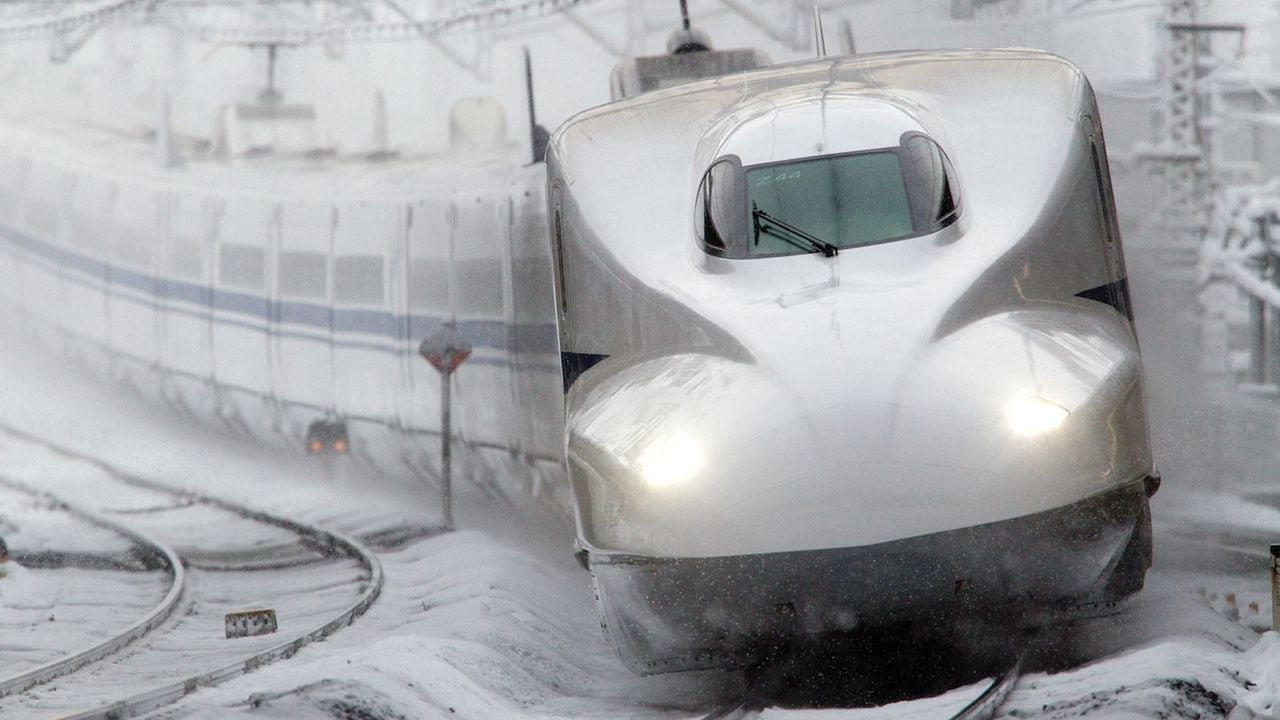 The announcement that the Tokaido Shinkansen (bullet train) will be delayed due to snow happens fairly often, even when it’s sunny in Tokyo or Osaka. When such delays occur, there is often snow in a historically famous location where a battle to decide who would rule the country occurred in 1600.

The only thing that can beat the Tokaido Shinkansen, which is known for its remarkable on-time record, is the snow. Even when the train is running accurately down to the second, once it snows the timetable gets thrown off. On the Tokaido Shinkansen route, there is a lot of snow in the Maibara-Sekigahara area on the border between the Shiga and Gifu prefectures.

One of the World’s Heavy Snow Areas

On average, the Maibara-Sekigahara area snows 40 days a year, receiving anywhere between 150-200 centimeters of snow. The 1,182 centimeters recorded on Mount Ibuki in 1927 remains the world record for snowfall.

According to JR Tokai, which operates the Tokaido Shinkansen, a route to avoid the snow was not developed because “construction was rushed so we didn’t have enough time for consideration.”
When regular operation of the Shinkansen started on October 1, 1964, the plan was to remove the snow with a snowplow, the same as is done on the regular commuter lines.

However, the battle with the snow wasn’t that easy. In January of the following year, the snowfall in the Sekigahara area caused various incidents, such as the passenger cars’ glass windows cracking and the underfloor trash containers and water tanks breaking. 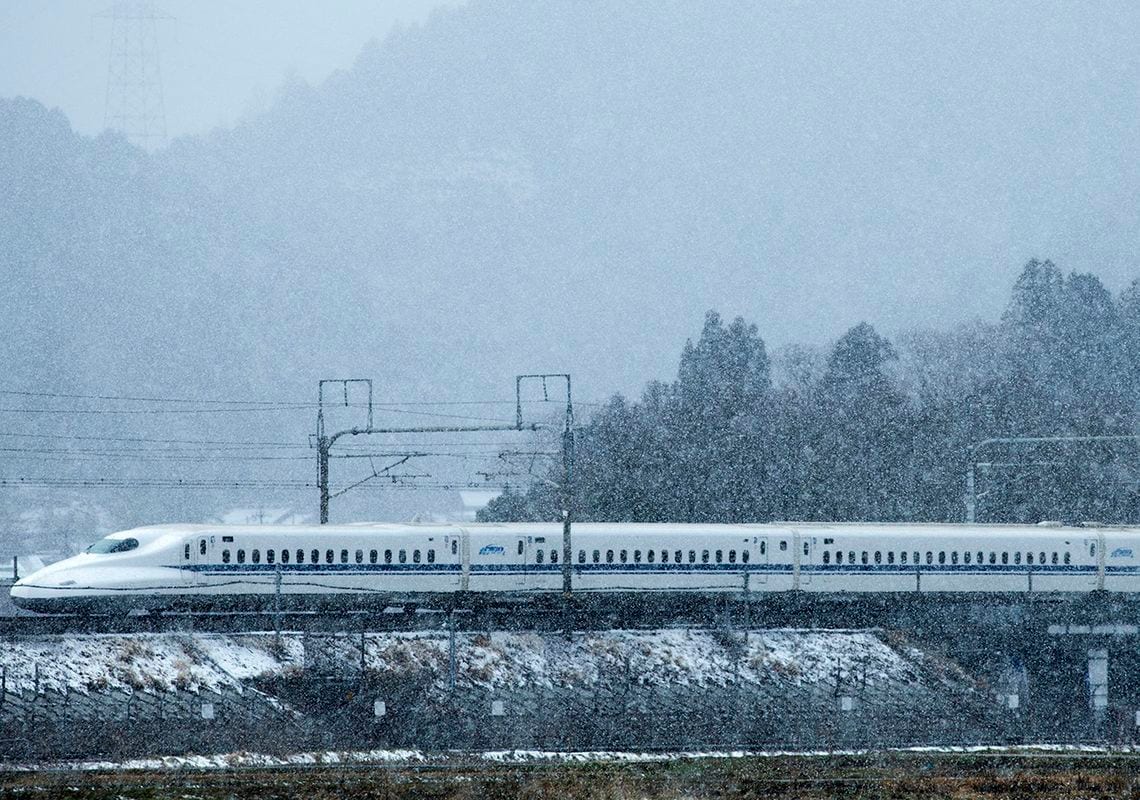 Results of an investigation into the cause of the incidents revealed that the high speeds of the Shinkansen would create winds that would lift the snow up from the tracks and apply it underneath the cars and trolleys. The snow would gradually grow into hard balls of ice, and the impact when the balls hit the ground would scatter the gravel on the rails into the air and damage the passenger cars’ glass windows. As a result, the Shinkansen would be forced to travel at low speeds when it snowed. In order to prevent accidents, a sprinkler system was installed that would spray water to keep the snow from billowing.

Currently, there are sprinklers installed along the 68.5-kilometer area of Maibara/Sekigahara. In 2009, the sprinkler nozzles were improved, and the water can now reach where it couldn't before, melting the snow more effectively. 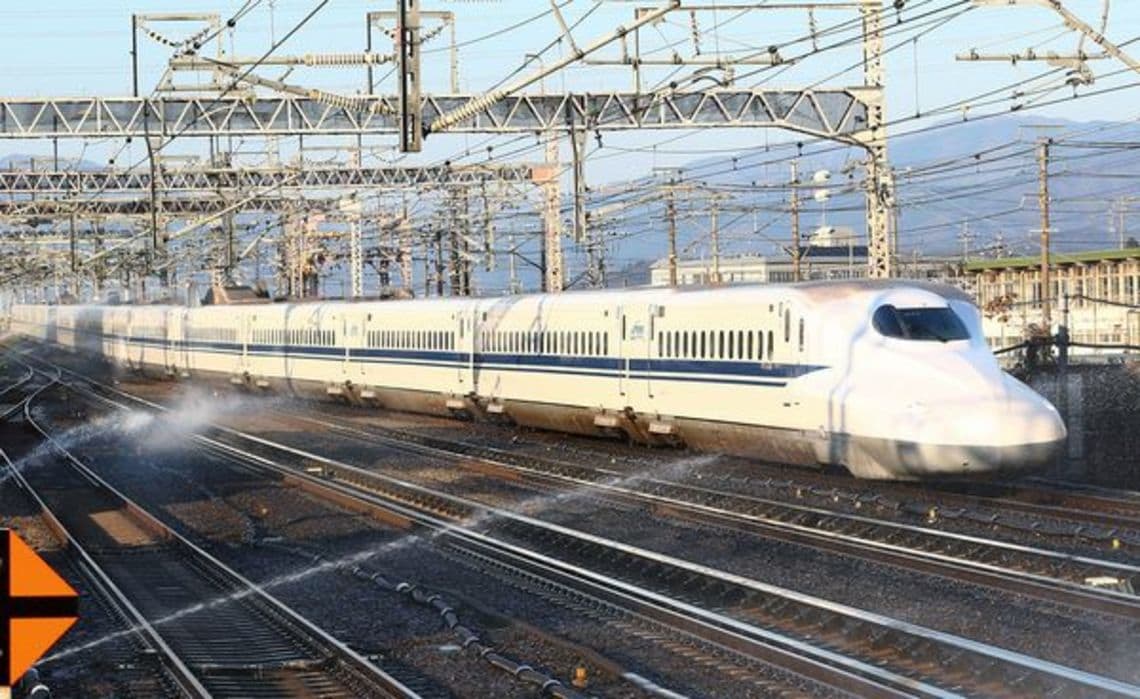 However, this only changes the quality of the snow; it doesn’t remove the snow. After operating hours, snowplows remove the snow in the middle of the night. Since 2003, rotary snowplows have also been used.

The standard snowplows remove the snow without touching the tracks in order to avoid damaging them. As a result, about 10 centimeters of snow is left on the tracks.

The rotary snowplows use rotating brushes and actually remove the snow 5 centimeters beneath the top of the tracks. By adjusting the brush shape according to the rails, it is even possible to get a deeper clean and remove snow from around the cross ties.

The rotary snowplow itself has evolved significantly over the past 10 years. There were initial problems with efficiency because, until recently, rotary snowplows could only move in one direction. For example, after removing snow from Maibara to Gifu Hashima, the snowplow had to return to Maibara out of service since it couldn’t remove snow in the opposite direction. 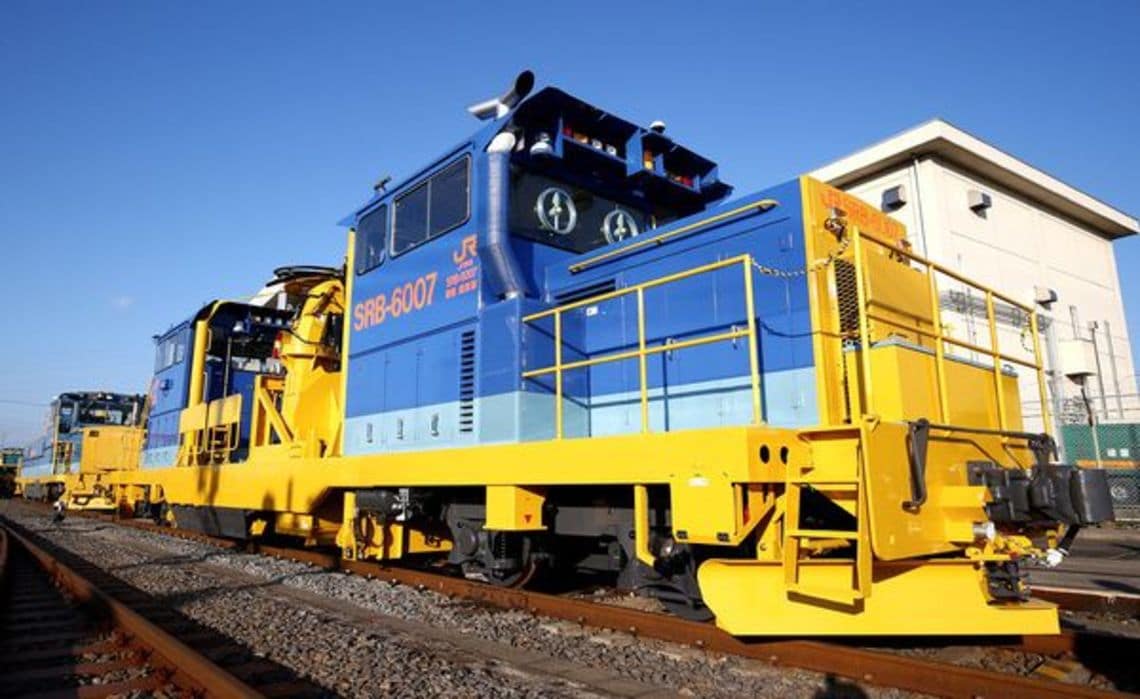 In order to solve this problem, in 2012, a new rotary snowplow that could move in both directions was developed. Efficiency went up dramatically. One of these new snowplows costs 270 million yen. There are plans to introduce four of these models by 2016.

Currently, there are cameras installed on the undercarriage of the N700 Shinkansen and on the ground to check for gusts of snow and for snow sticking to the carriage. Furthermore, since 2013, the weather conditions that used to be checked by the driver’s eyes are now monitored by snowfall information devices equipped with optical sensors, enabling the collection of objective data.

When the information reaches the Nagoya or Osaka stations, it is time for the “Snow Removal Teams” waiting under the platforms to leap into action. When the snow-covered train arrives, the teams use high-pressure washers to quickly remove the snow. 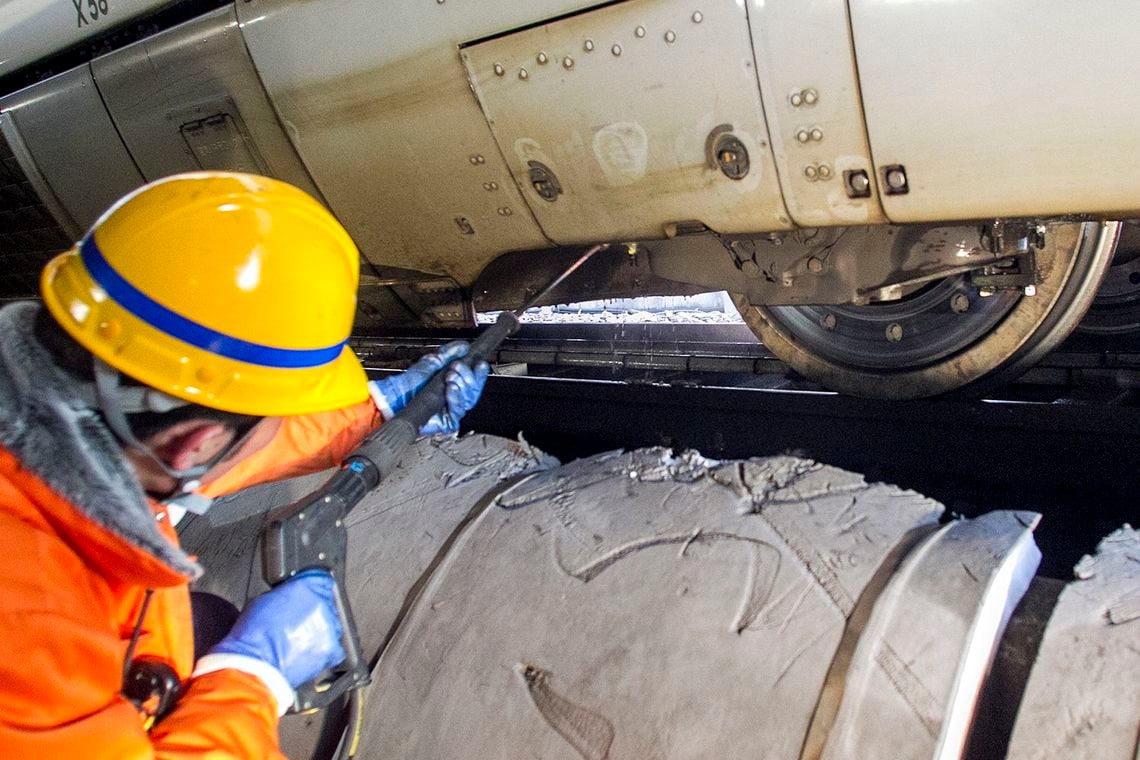 As a result of the combined use of sprinklers, snow removal vehicles, information devices, and human power, the peak of 635 train cancelations in 1976 has been reduced to 0 since 1994. The average delay due to snow has also been significantly improved from a 1974 peak of 28.1 minutes to around 5 minutes.

Even today, the crews on the ground are working hard to rid the Shinkansen of its reputation as being “vulnerable to snow.” Whenever you get irritated at the Shinkansen being late due to snow, just remember the railway workers and their hard work to keep the train on time.