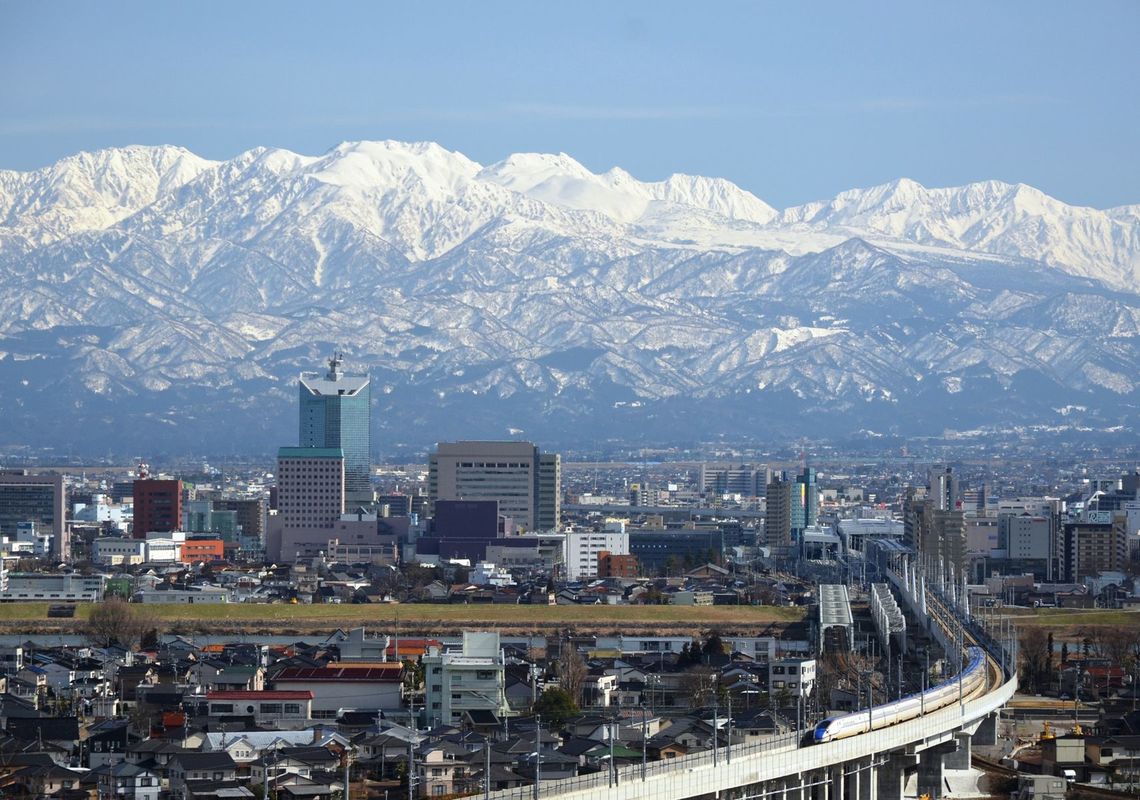 You can enjoy riding a train and seeing beautiful mountains in Japan, a country shaped by mountains. We are now entering a beautiful season with autumn leaves. This time we chose the top 10 railways with views of majestic mountains. 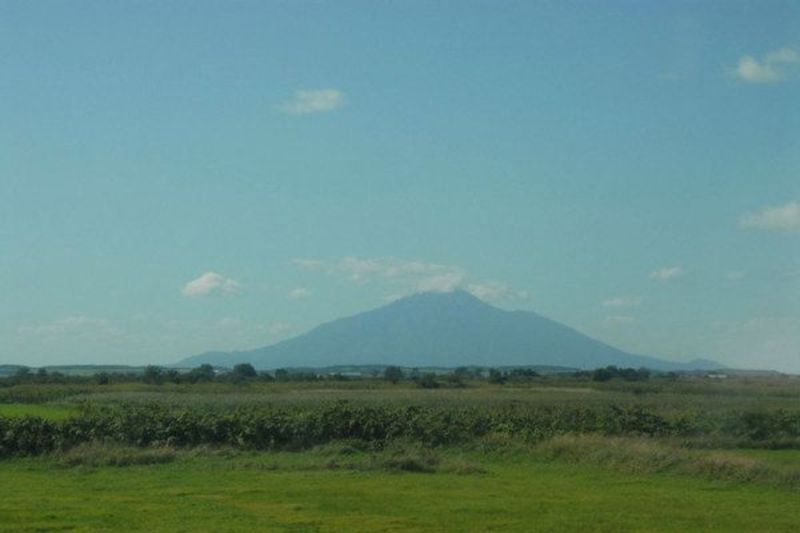 Shortly before the train goes north and begins to sprint towards Wakkanai, Japan's northernmost station, a mountain similar to Mt. Fuji comes into view beyond the Sarobetsu Plain. When the train reaches the section overlooking the sea, the mountain that can be seen is Mt. Rishiri, which lies on the opposite shore of Rishiri Island. The area is a wilderness with no human habitation, and the mountain beyond the sea has an impressive landscape which gives the illusion of a mountain connected by land.

The scenery from the train is surprisingly fun because there are fewer tunnels than other shinkansen (bullet train) lines that were developed later. It goes without saying that Mount Fuji is a classic even for travelers from overseas. However, after leaving Nagoya, the beauty of the Suzuka mountains, which can be seen on the left, and Mt. Ibuki, which appears on the right after Sekigahara, soothes your mind.

If you wait for awhile after leaving Hakodate, the characteristic form of Kamagatake can be seen behind a number of large and small swamps. Since the limited express train "Super Hokuto" bound for Sapporo enters the Muroran Main Line that runs along the coast from Oshamanbe, you want to transfer to a local train leaving from Oshamanbe. The Otaru section from Oshamanbe has been known as a mountainous area from long ago, and you can admire the beautiful figure of Mt. Yotei, which can be seen near Kutchan.

This is a scenic local line in southern Kyushu. Each section is rich in changing scenery, and if you dare to select the best part, the section between Mt. Yatake and Masaki has been selected as one of the "three best views from a train in Japan". Mt. Kirishima appears before your eyes when you exit the tunnel, and if the weather is clear Sakurajima can sometimes be seen in the distance.

If you get on the sightseeing train "Isaburo" (called "Shinpei" going to Hitoyoshi station), it is easy to open the window and take a picture since the train will stop at this vicinity. There is also commentary from female attendants. 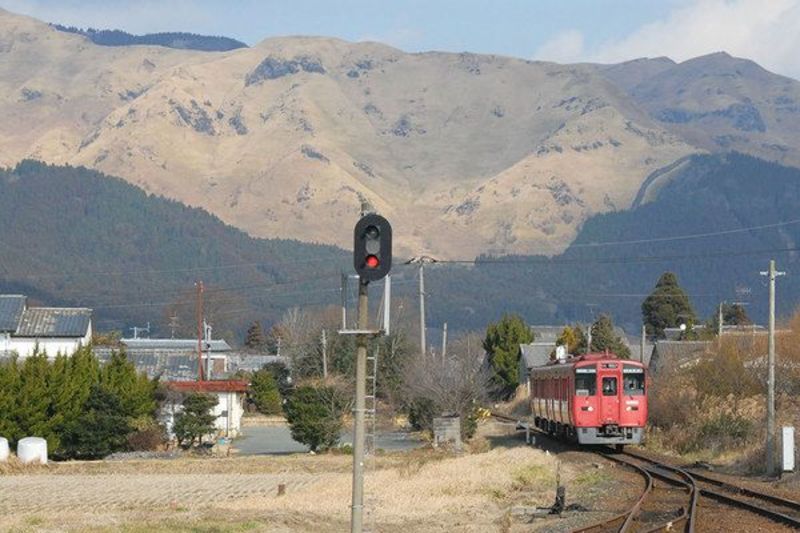 The Hohi Main Line crosses the center of Kyushu. When riding from Kumamoto, after going back and forth on a switchback and entering the majestic caldera of Aso, it is possible to look at the outer rim of the caldera and Mt. Aso for a long period of time. In the rugged and reddish brown mountains, which have scenery removed from Japan, the Western style SL (steam locomotive) train used in the past can be seen operated for events.

This has been famous since ancient times as a route that passes through the mountains. Currently there are just a few local trains remaining on this line as they were pushed aside by the opening of the Joetsu Shinkansen, but the views of mountains like Mt. Tanigawa are as usual. Instead of taking the route from the Tokyo metropolitan area to Niigata, I recommend riding the trains going to Tokyo that go through two loops lines. In particular, the section leading to the first line after departing from Echigo Yuzawa has a series of superb views that you probably won't forget. 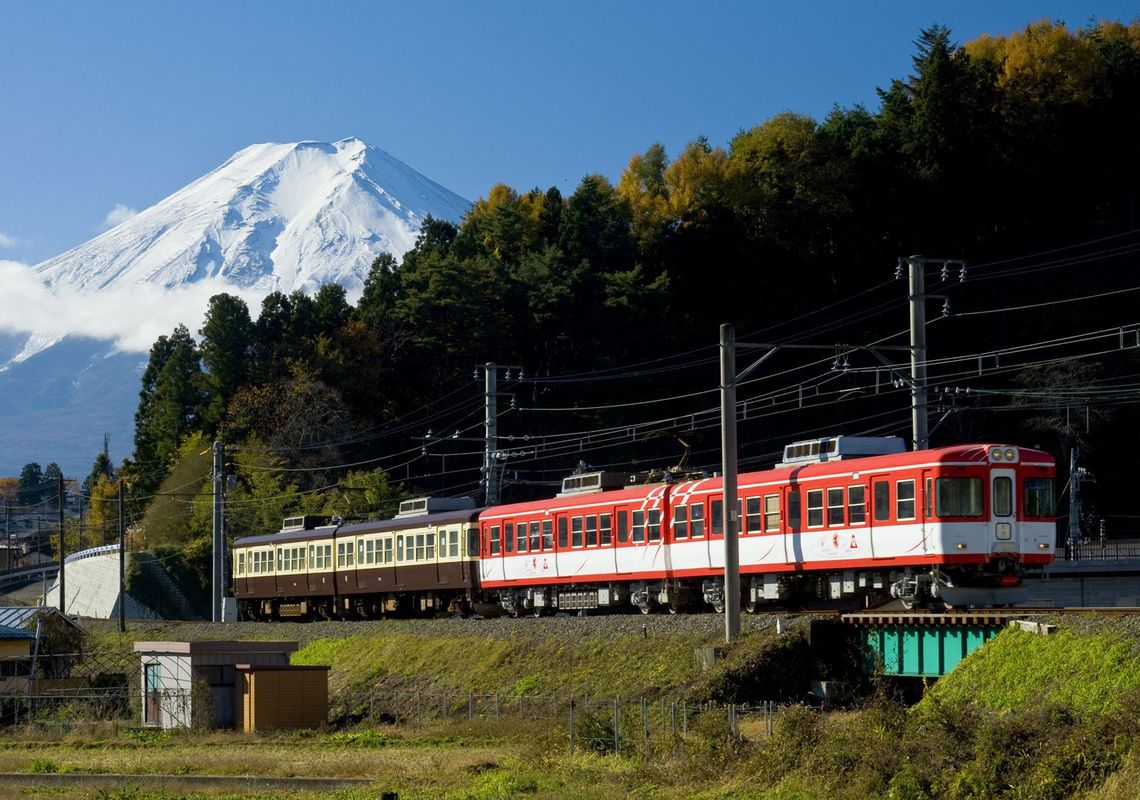 You can thoroughly enjoy the beautiful figure of Mt. Fuji in this train full of windows. The body of the "Fujisan Express" train in particular has many very funny and original characters that personify Mt. Fuji, and these will most likely please you and your family.

The scenery visible on the Chuo Line limited express trains from Tokyo to Matsumoto is amazing. Yatsugatake, the mountain that appears near Kobuchizawa, and the peaks of the Southern Alps seen on the opposite side are beautiful. The appearance of Mt. Fuji in Yamanashi Prefecture beforehand is also unforgettable. 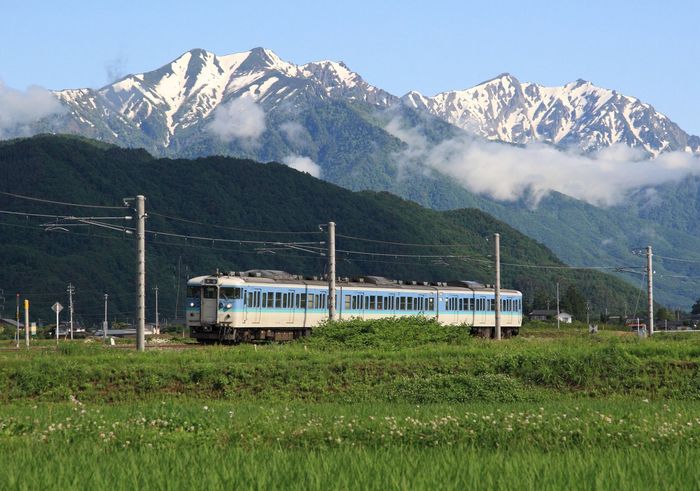 It is overwhelming to see the mountains of the Northern Alps one after another in a train heading north from Matsumoto. Local trains may be so unexpectedly crowded that you might not find a seat. It is better to calmly enjoy scenery in a direct limited express train from the Chuo Line that runs at special times. The train most people aim for is the "Resort View Furusato". There are some observation seats, and the train is ideal for sightseeing since there are also various events. 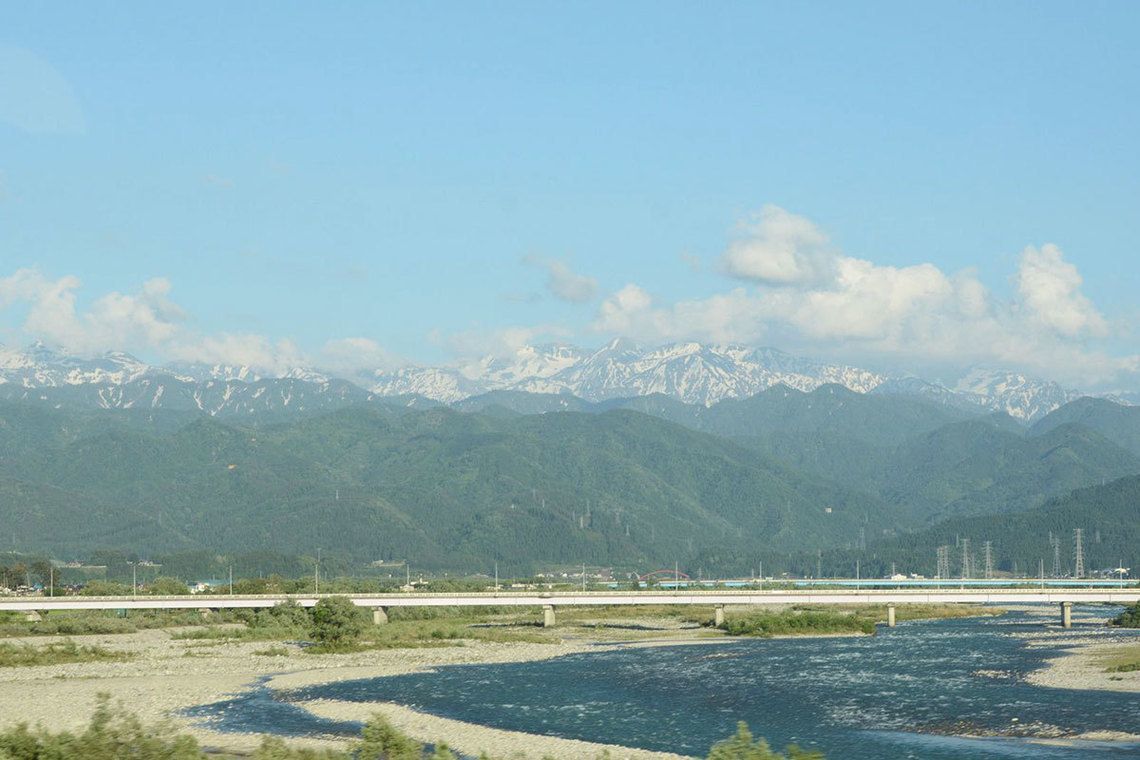 #1 on our list is the Hokuriku Shinkansen, which just opened in the spring of 2015. Beginning with views of Mt. Asama in the section from Tokyo to Nagano, there are magnificent views of the Northern Alps that can be seen to the left between Nagano and Iiyama, starting with the Five Peaks in Hokushin. Then, after coming out of several long tunnels, once you reach the Sea of Japan side you are able to full see the Tateyama mountain range until you arrive at Toyama. It was not possible to imagine looking at so many majestic mountains from a bullet train until riding this line.