Where to Enjoy Christmas Illuminations in Tokyo 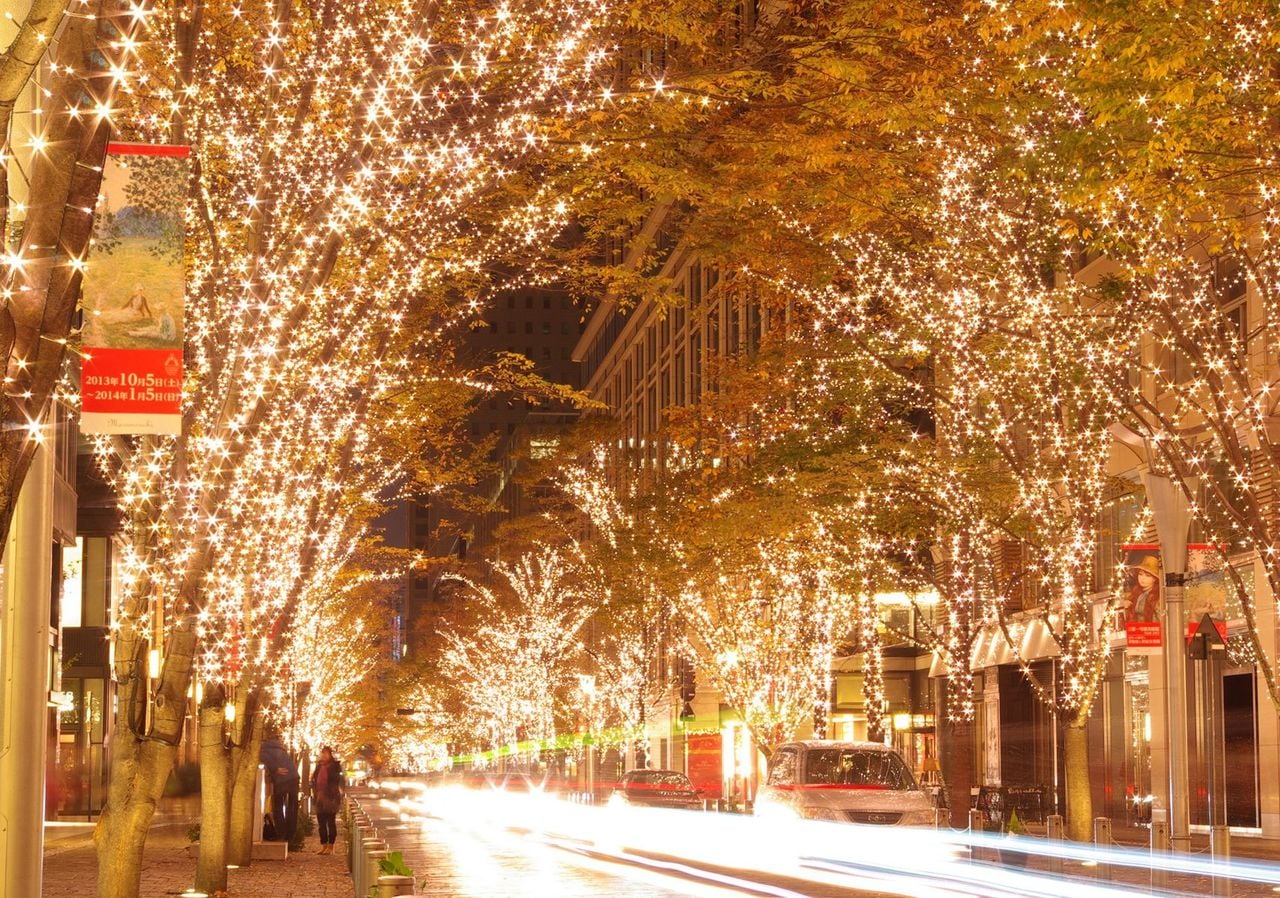 The days may be getting shorter and colder, but even so, Tokyo doesn't turn into a dark and desolate place at this less than cheery time of year. In fact, the city transforms into a sparkling winter wonderland as millions of colourful lights are displayed in trees, on and around buildings, and even on landmarks like Tokyo Tower. 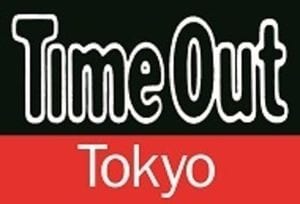 We've listed our top picks of where to admire these illuminations, which are of course best enjoyed in good company. Grab a group of friends, bring your family, or invite that special someone – Tokyo's about to show you its brightest wintery charms.

Marunouchi Naka-dori, always one of the most popular Tokyo illumination spots, will again be lit up with around a million champagne-coloured, low-energy bulbs, making for a display that's as environmentally friendly as it is stylish. The light-up will be kept on until midnight during December, providing for some nice post-dinner date opportunities. Finally, the long-running Disney theme has apparently been discarded for this year – a move that we, for one, welcome wholeheartedly.

An annual wintertime display at Yebisu Garden Place, this one incorporates a Baccarat chandelier that's 5m tall and 3m wide – making it one of the largest chandeliers in the world – and 250 lights, 230 of which symbolise the number of years from the company’s establishment to the construction of the chandelier in 1994. In total – including lesser displays in areas such as the Entrance Pavilion, Clock Plaza, Promenade, Center Plaza and Glass Square – the venue makes use of tens of thousands of lights. 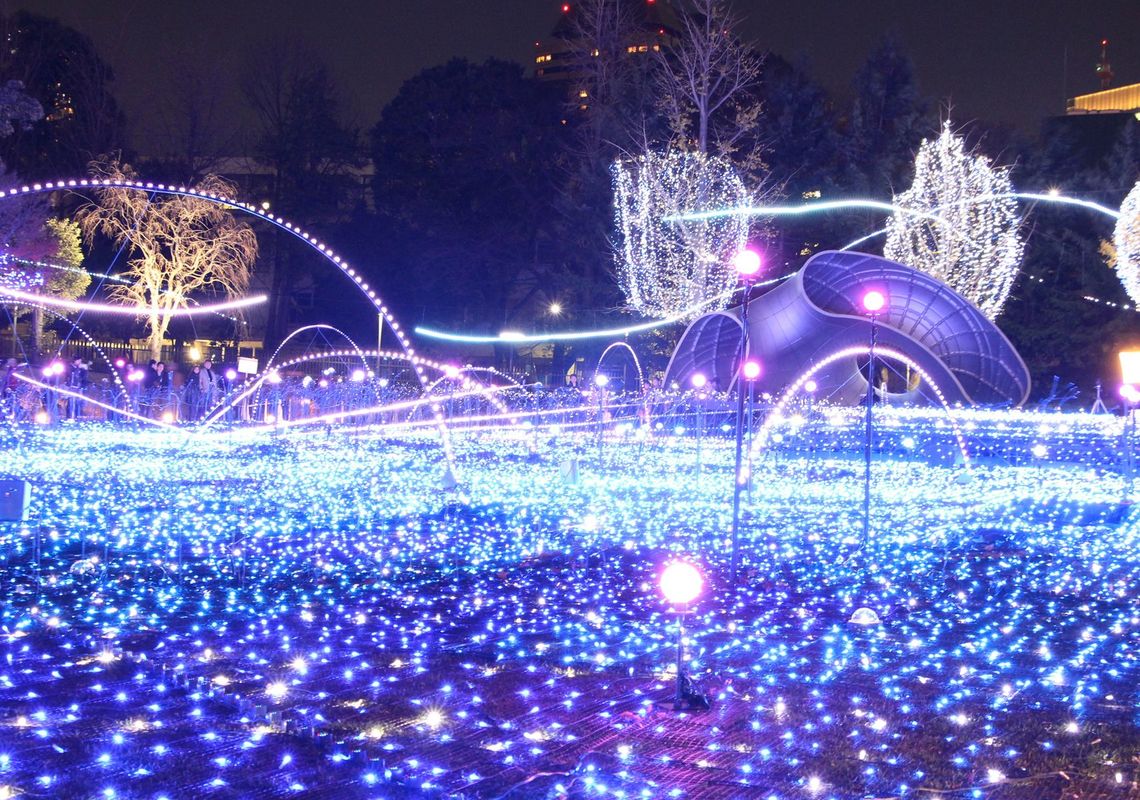 The Tokyo Midtown illumination is particularly famous for the 'Starlight Garden' lights that are put up around the spacious Midtown Garden area, creating a magical, wintery atmosphere with 180,000 blue LEDs. This year's theme is 'Midtown Cruise', with the entire complex draped in sci-fi style lighting, centered around a funky-looking 'Vision Dome' complete with regular audiovisual 'mini-shows'. In addition, the Galleria shopping area will be decorated with Christmasy materials from mid-November on.

Ishii is back again for 2015-16, and as the name might give away, jewels are the focus here: a total of 4 million colorful LEDs will be set up throughout the vast area, while visitors can also expect to be treated to a 27-metre tall 'Tower of Light'. If you're looking for the most OTT illumination experience in Tokyo, this should be it.

This Shiodome shopping complex always pulls out all the stops for its Christmas light-ups, and this year is no exception: visitors enter through an immersive 'Corridor of Light', which leads to the Caretta Plaza's massive 'Pillars of Light' and a blindingly sparkling tree. A total of 270,000 LEDs are used, and a six-minute audiovisual light show takes place every 20 minutes. For its 2015-16 edition, the illumination display will stay up until Valentine's Day. 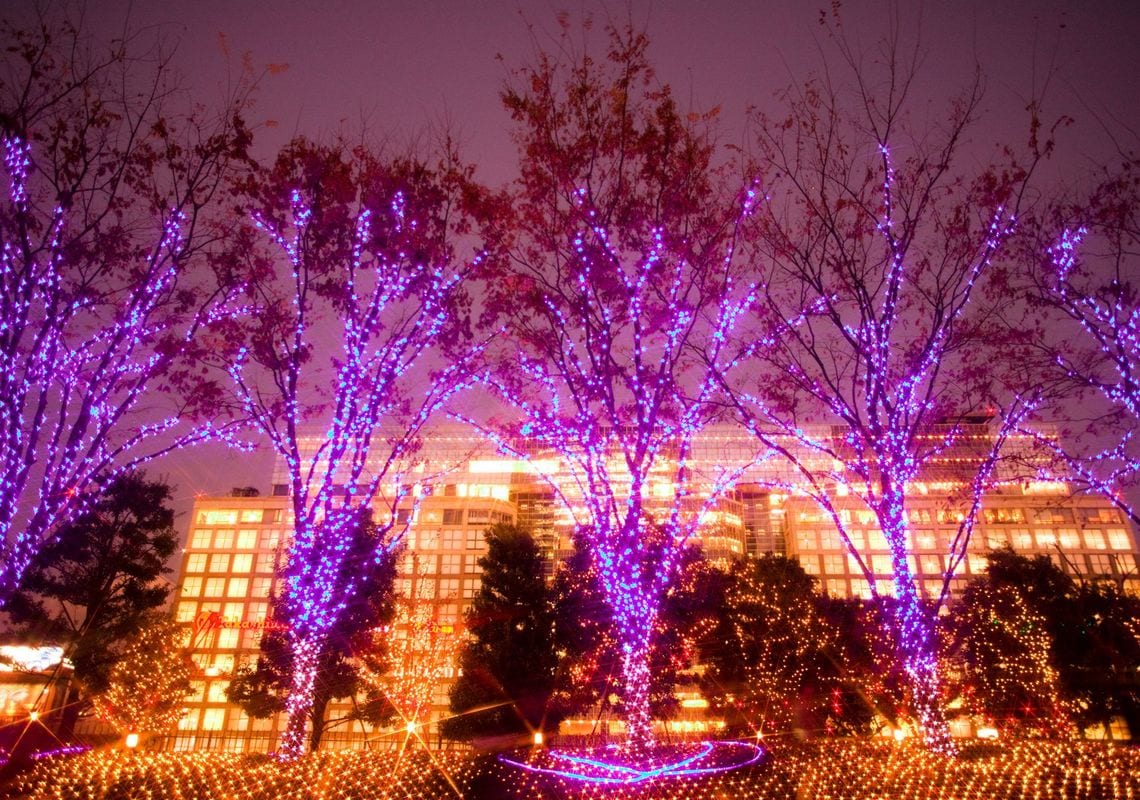 As is customary, the Shinjuku Terrace illumination takes place around the Southern Terrace and the Odakyu Group-controlled area that reaches toward the West Exit. 2015's theme is, admirably enough, 'diversity': trees around the terrace area will be lit up with multicolored LEDs and equipped with touchable sensors that activate a special audiovisual show. Partially visible from Yamanote line trains, this one always gets our spirits up around the holidays.

Central Yokohama's annual winter celebration is back for its 32nd year, and holds up the city's official flower with a 'Blue Rose' illumination display reaching from the west exit of Yokohama Station all the way to the Vivre shopping complex. The banks of the Aratama River will also be lit up as part of the same seasonal classic.

Themed on the night sky and produced by lightup champions Naked Inc, this is one of the top illumination events in Tokyo in terms of scale, boasting hundreds of thousands of LEDs all around the Tokyo Dome City complex. The Meets Port area is especially impressive, with star-like lights set up on the trees and huge, futuristic-looking 'space globes' adding to the sci-fi atmosphere. 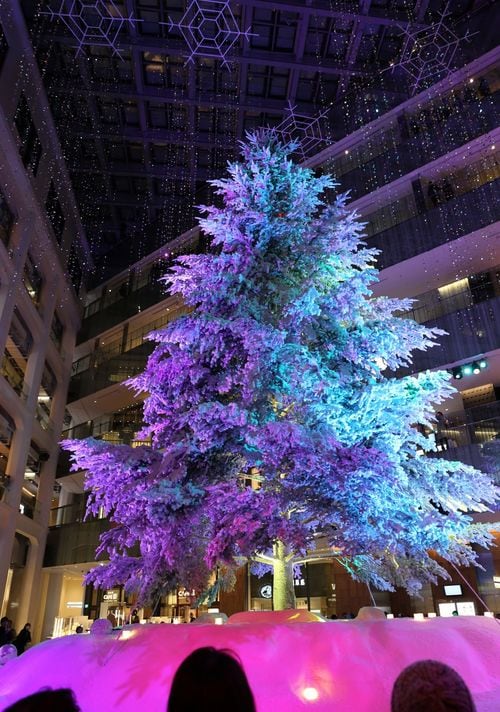 Marunouchi's Kitte building starts its Christmas celebrations more than a month before the big day, with a 14.5 m 'white tree' set up in the ground-floor lobby from November 19. The glittery shrub will be blinking and making all kinds of noise every 30 minutes between 5:10 pm and 10:40 pm (9:40 pm on Sundays & holedays), so make sure to stop by during your shopping shenanigans. In December, there'll also be live carol performances and other musical events held in front of the tree.

The blue and white lights around Roppongi Hills in winter are already a well-known sight for most Tokyoites. This year's illumination show also brings back the alternative red LEDs, with the scenery changing from frosty to shiningly warm a few times every hour. For additional excitement, try the smartphone-controlled 'heart light-up' along the Keyakizaka, check out the understated decorations at Mohri Garden and make your way to the huge tree set up in the middle of 66 Plaza.

Combining real and virtual Christmas lights for one of the most widely hyped illumination shows in the city this year, this display at Roppongi's Tokyo City View includes a projection-mapped 'touch panel' that visitors can control with their phones. Projected onto one of the giant windows 52 stories above ground, the show will see a computer-generated starry sky reflected over the night-time city, making for a unique, mysterious sight, viewable from 5pm daily. In addition to the main attraction, a planetarium area will also be set up inside the facility, while stargazing events take place on the open-air Sky Deck every Saturday (7pm-9pm) during the event period. Finally, City View's café, The Sun, will be serving a starry sky-themed menu through December 25.

Known as 'the entrance to Odaiba', the Decks mall gets in on the seasonal light-up fun with this illumination show themed on Antoine de Saint-Exupéry's The Little Prince, in the headlines this winter on the back of a new animated film version. Some of the displays are synchronized to music, while restaurants inside the complex serve a number of star-themed goodies.

Living up to its name, Tokyo's most recognizable bridge will be lit up in all the colors of the rainbow especially for the Christmas and New Year's season. Sure adds a nice touch to the bay view, no? On December 5, there will be a kick-off event outside the Decks mall in Odaiba, with gigs and other performances on the menu.

Using over a million LED lights, the Tobu Zoo illuminations aim to provide a romantic atmosphere, particularly with the impressive displays that take advantage of the park's large cherry trees. Danceable tunes accompany the awkwardly named 'Rhythmnation', while the 'Hikari no Short Film' show combines moving images with mysterious colors and shifting 'storylines'. Lighting in the zoo area is also modified for the occasion, allowing visitors to observe the nightly activities of the park's popular white tigers and penguins. 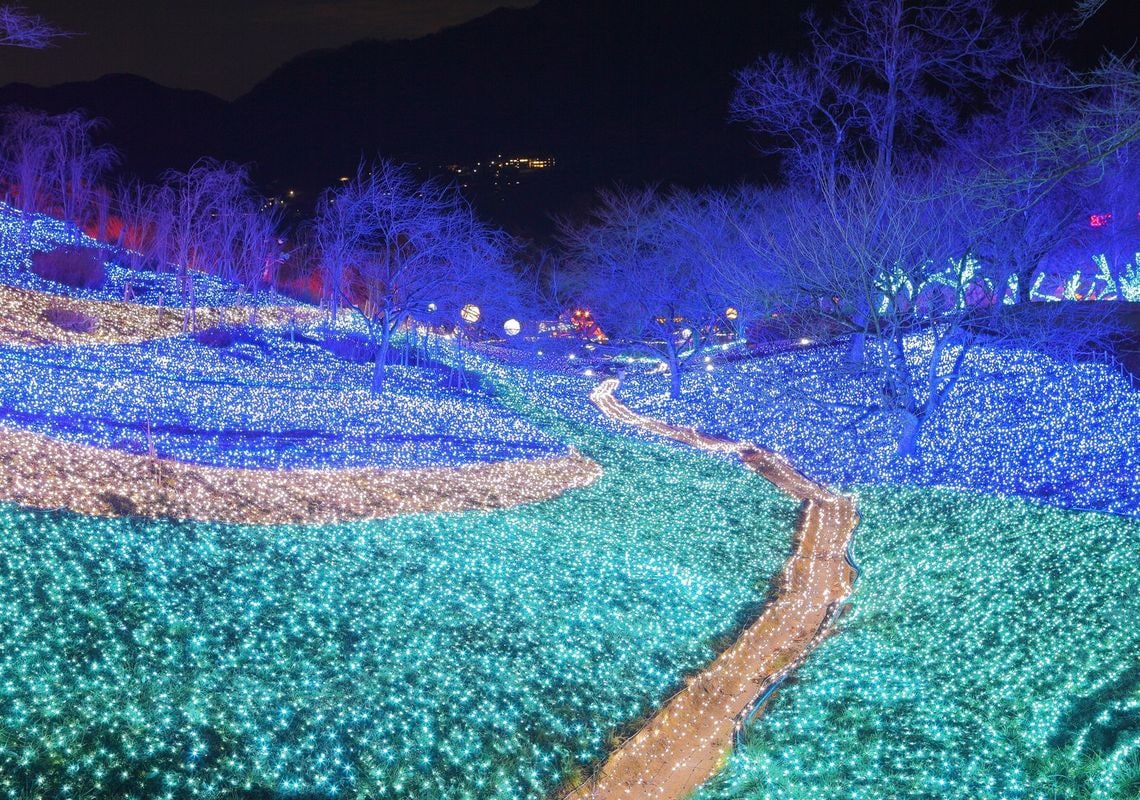 The risquely named Sagamiko Resort Pleasure Forest will be lit up for the seventh year in a row, and claims to be using the largest amount of lights in the entire Kanto region (over five million LED lamps).

The production has once again been renewed and features a wide range of colors, accompanying music, and light constructions that take advantage of the fountains and lush greenery of the park. Hilariously, this winter's theme is 'Great Britain', so you can look forward to a gaudily illuminated replica of Buckingham Palace, in addition to the obligatory fish and chip stalls.

Visitors can also use the amusement park rides (including the ferris wheel) at night, so take advantage of this opportunity to enjoy the sparkling forest scenery from a different viewpoint.

Kanda's red-brick Manseibashi station complex turns on the winter lights for the third year in a row, adding another good reason to visit this impressive collection of classy cafés, restaurants and boutiques. The illumination show has been further enhanced for 2015, with pink and green LEDs lighting up the surroundings and quirky owl statues greeting visitors at seven locations around the area.

Where to Admire the Autumn Leaves in Tokyo