The Top 10 Railways of Japan That Absolutely Delight Visitors 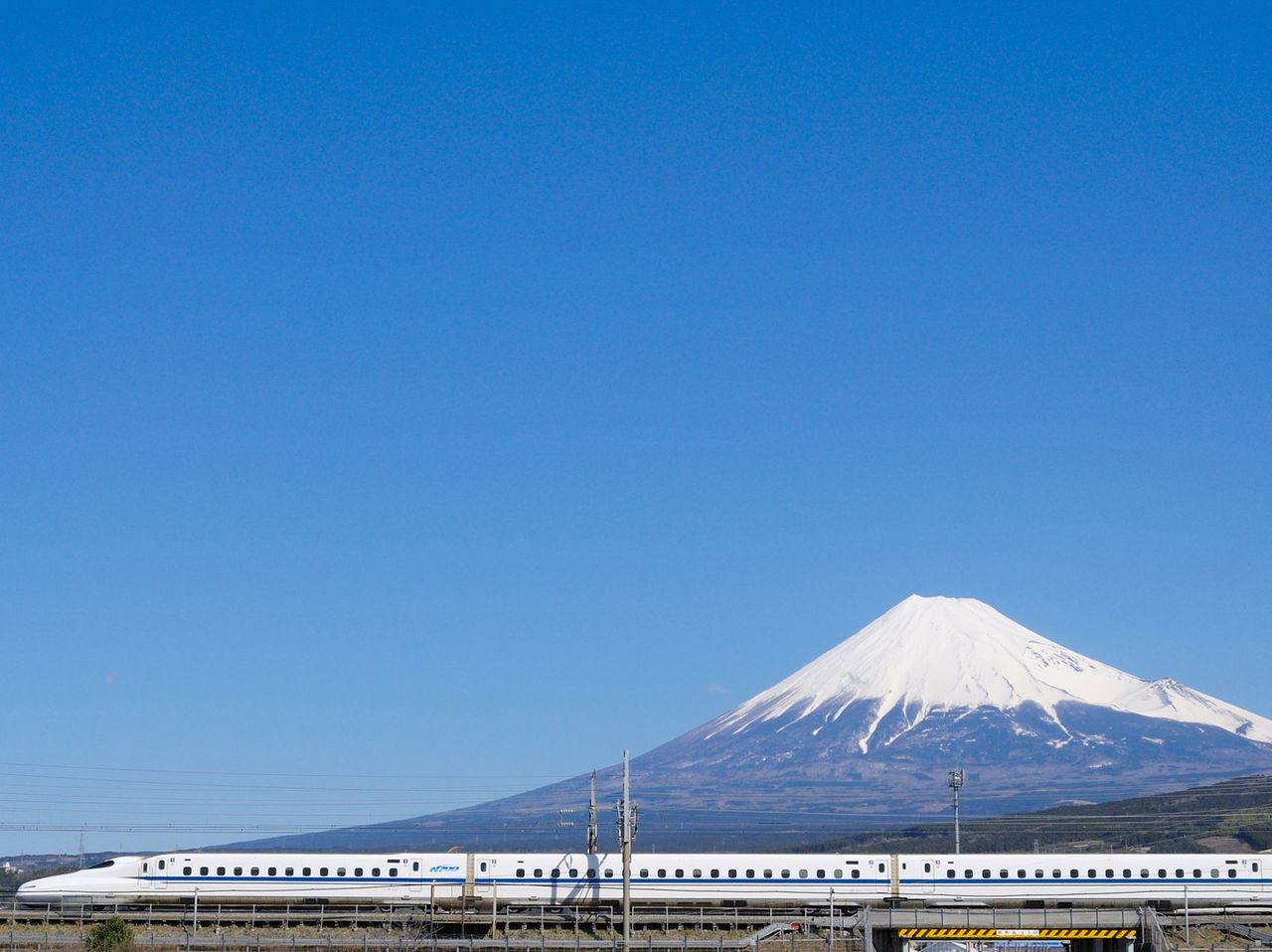 The number of visitors to Japan is increasing. They are not only visiting classic tourist attractions, but they have also begun to appear in every other region of Japan. The number of people who travel by railway to places they want to go on their own instead of going on a tour package has also increased. While rigorous statistics weren't taken for this article, we have summarized a ranking of railways enjoyed by foreign tourists.

While Mt. Fuji can only be seen from the train window of the Tokaido Shinkansen (the bullet train) for a very short time, you can fully enjoy Mt. Fuji up close from the Fujikyuu. Although the operation dates are limited, we think this train is useful in terms of convenience because a direct limited express train is operated from the Narita International Airport. 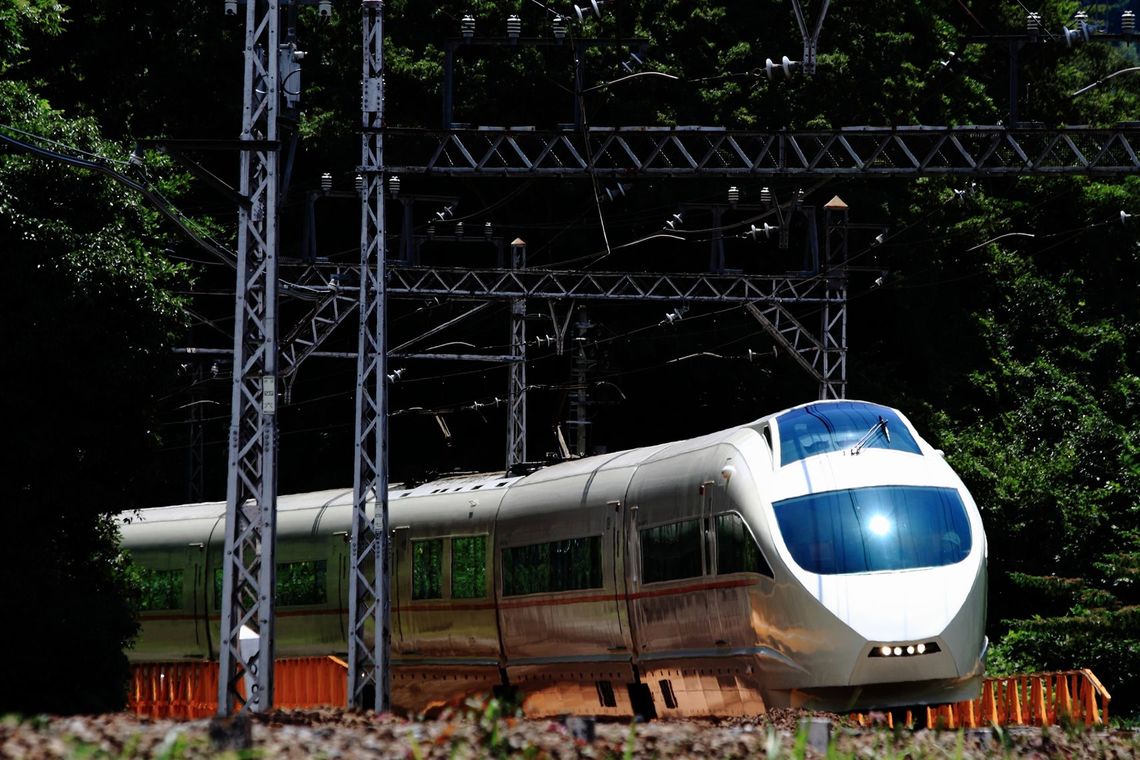 An overwhelming number of tourists visiting Japan start from the capital area in Tokyo. Allow us to propose rail travel where you can go in comfort from the center of the metropolitan area to tourist destinations. One such train is the Odakyu Romancecar that goes to Hakone, and the most satisfying vehicle of the Romancecar series is probably the VSE. Although the inspiration for the front observation room of the VSE comes from the Italian limited express train "Settebello," the VSE is popular as a curious vehicle since the Settebello itself has already been retired.

The JR Kyushu has a lot of tourist trains that are likely to please many people. Taking into account the hot springs destination and the grade of the vehicle, the number one train to take would probably be the Forest of Yufuin. The body of the train is unique, but more than that, the interior, with the warmth of its wood, is all Japanese. Up close, from the train window, you can see the Jion Falls, the valley along the Chikugo River and the mountains as well as the two peaks of Mt. Yufu. You will never tire of the constantly changing scenery.

In the Kansai area, one place that is surging in popularity, besides Kyoto, is Koyasan (Wakayama Prefecture). After its inclusion as a UNESCO World Heritage Site, the number of foreign tourists visiting is increasing. For access, two trains that stand at the center of attention are the limited express, Koya, which conveniently goes from Namba in Osaka on the Nankai Koya Line, and the tourist train, Tenku, operated between Hashimoto and Gokurakubashi. Broadcasts in French can be heard in a cable car during the period between Gokurakubashi Station and Koyasan Station. 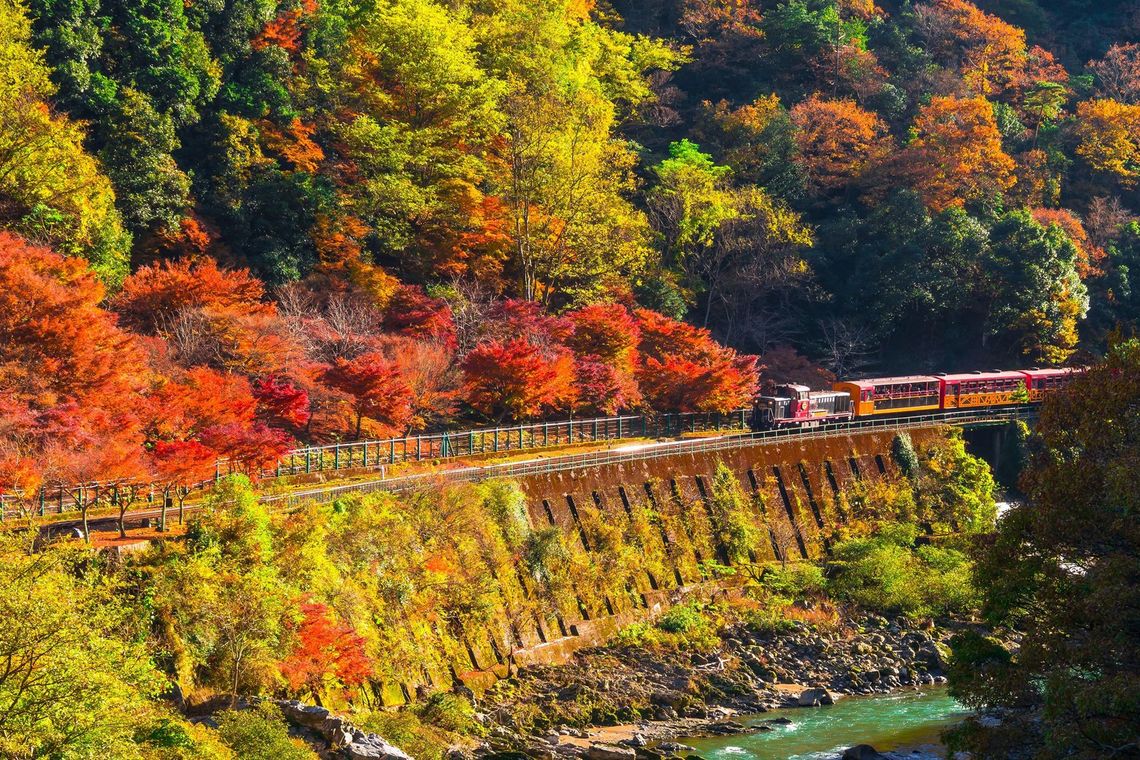 Kyoto is a huge tourist city, and it boasts several small, unique lines. Among these, the Sagano Scenic Railway sightseeing tram and the Eizan tourist train, Kirara, are very popular during the season when one can view the autumn leaves. There aren't many examples overseas where autumn leaves can be enjoyed by train, and many visitors love this.

Kintetsu Limited Express trains are considered both charming and convenient for exploring a variety of tourist destinations from Nagoya and Kansai, including Ise-Shima, Nara, Asuka and Yoshino. The popular Shimakaze train leads the diverse lineup offered by the railway. You can enjoy the charm and fun of railway travel in Japan with many kinds of train cars such as the Salon Car and the Deluxe Car.

Hida-Takayama is a popular tourist spot close to Kanazawa and Toyama. The direct limited express train, Wide View Hida, which runs from Takayama to Nagoya and Osaka, is a conventional limited express train where tourists can enjoy the fun of rail travel that is different from that of the Shinkansen. Part of this fun is the great view from the train window along the Hida River. The landscape with its wide variety of miniature gardens is different from anything on a continental scale and reflects Japanese scenery. 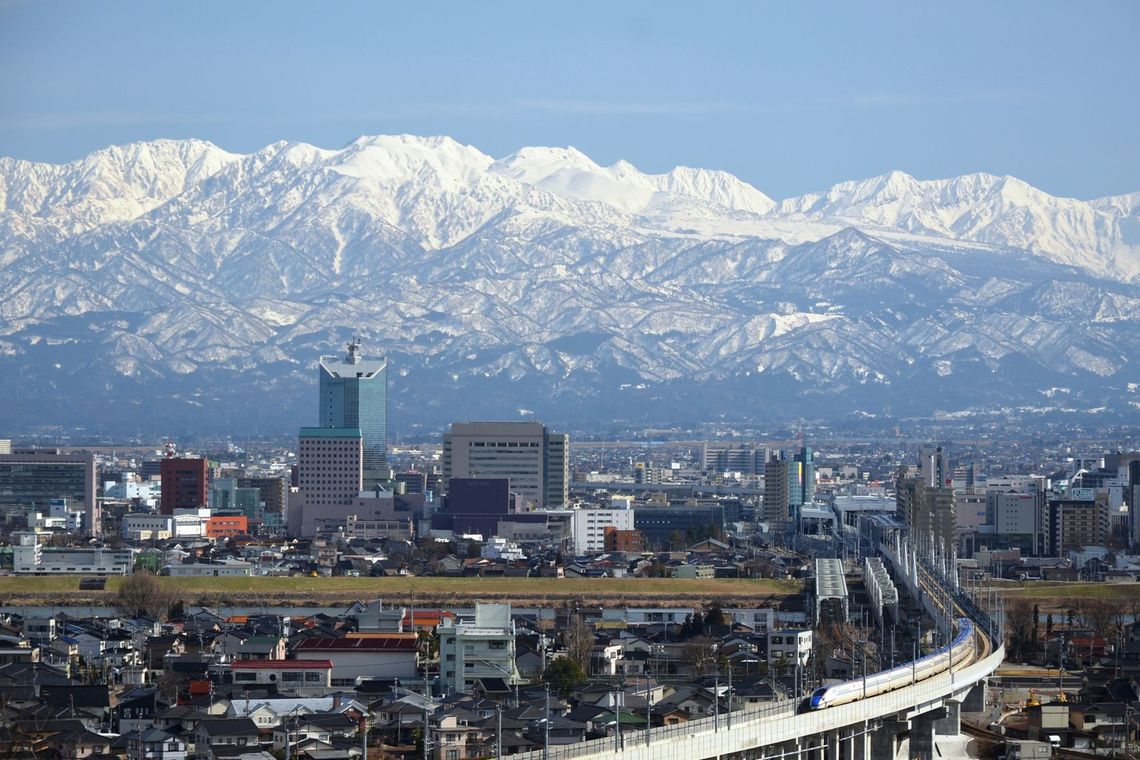 The popularity of the ancient city of Kanazawa, currently the end point of the Hokuriku Shinkansen, is soaring, and it is becoming a classic tourist destination like Kyoto. Karuizawa, Nagano, the entrance to the Tateyama Kurobe Alpine Route and Toyama stand along this line. There are also fun stopovers, not only for tourist attractions such as the Zenkoji Temple, but Japanese woodland scenes around Iiyama and Obuse also shine in the spotlight. The Gran Class, corresponding to first class in airplanes, is also a major highlight.

The No. 1 line that visitors will like to ride in Japan is still the Tokaido Shinkansen. This is because an overwhelming majority of tourists follow the route known as the "Golden Route" from the capital in Tokyo to Kyoto and Osaka through Nagoya. Mt. Fuji can also be seen from the train window. Tourists can also enjoy scenery such as the tea plantations near Shizuoka, Lake Hamana and Mt. Ibuki near Sekigahara.

There are so many more attractions and pleasant scenes in Japan that this list just scratches the surface. But if you start with these trains, you will be well on your way to a wonderful discovery of Japan.