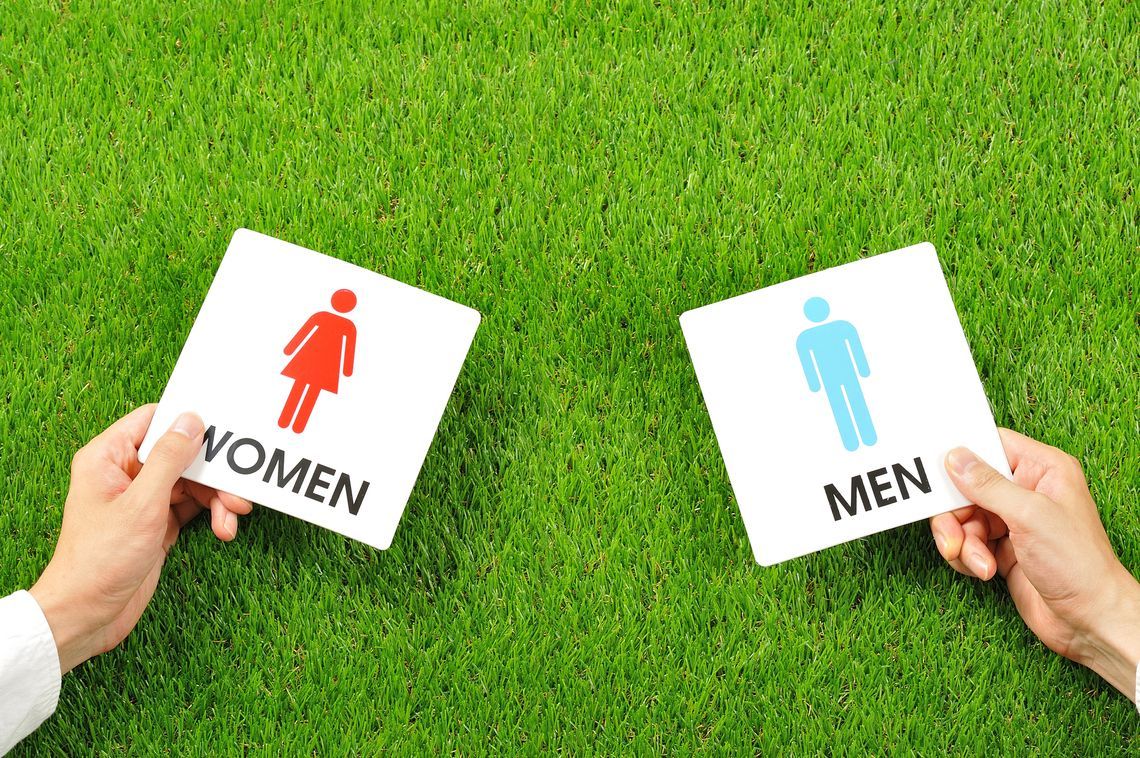 This August, the Japanese government passed the “Advancement Opportunities for Women Act,” a law which obligates Japanese companies to set numerical targets for female managers. A campaign to increase women’s social influence has begun all over Japan.

Every week, I give around two public lectures and two TV appearances. The rest of my time goes into my consulting business, where I have regular lively conversations with employees at my client companies.

But as I’ve had more and more interaction with today’s corporate employees, I’ve found myself having to be more and more careful about what I say--not so much the content of my thoughts as the way I choose to express them.

When, for example, I referred to a female colleague as “our (company's) girl,”[1] I received a lot of complaints afterward. “Women aren’t just possessions,” people said. Their point was that female employees weren’t just “mine” and that they weren’t children either.

[1] Translator’s note: “Uchi no onna no ko.” Uchi means both “my/our” and “house,” so the original comment was taken as implying both, that women are possessions and that they belong in the home.

Another time, when I introduced one of my ideas by saying “there are some stupid women in the world,” the audience got even more upset with me. “What’s that supposed to mean?” “Stop talking down to people!” “That’s just blatant misogyny!” All I had meant to say was that there were plenty of clueless people, men and women, in the world, but in the end, I turned out to be the clueless one.[2]

[2] Translator’s note: It’s fairly common to use gendered nouns when making a generalized comment in Japanese, so the original sounds slightly more generic in Japanese than in English.

Influential men getting in trouble for sexist comments have become a common sight in Japan in the last few years. The most recent example was Kagoshima Governor Yuichiro Ito, who casually asked, “What would be the use of teaching girls sines, cosines, and tangents?” during a debate on education policy. The comment set off a firestorm of negative publicity, and Governor Ito was forced to apologize.

This article was translated and modified by IGNITION staff

Another infamous example--one that sticks in Japanese people’s minds even today--was the comment by Zenji Nojima, a Liberal Demogratic Party politician who had been chosen to chair the “Diet Caucus for a Gender-Equal Society” of the Tokyo Metropolitan Assembly. During the caucus, Nojima told reporters that, in private, he might be inclined to tell ambitious women, “Why don’t you just get married?”

By far the most notorious incident, however, was the case of Ayaka Shiomura, the Diet member who was heckled with misogynist slurs during a speech advocating for increased childcare support. This event too sparked global outrage, and some of the male assemblymen involved have since come forward and apologized.

Some observers take a dim view of all this public outcry, seeing it as an overreaction to casual side comments that do no real harm. But my own experiences have convinced me that we can’t just dismiss legitimate public hostility to these kinds of comments or tell people to “let it go” because “I just misspoke.” I’ve taken these criticisms to heart, and I think the people who voiced them are in the right. From now on, I want to do what I can to support these rising attitudes that some men seem to find so oppressive.

The Disturbing History of Sexism in Japan

There may be a few Japanese men here and there who are struggling with these changes, but overall I believe the country is headed in a positive direction.

In the course of my work as a business consultant, I’ve had the opportunity to collect information on many different industries and have passed my eyes over more newspaper and magazine articles from more generations than I can remember. Looking over these articles reveals that sexism has a long, embedded history in Japan, and that the sooner we can overcome that history, the better off we’ll be.

In 1985, the Diet passed the Equal Employment Opportunity Law, which went into effect the following year and has been revised many times since then. But when I surveyed articles about how Japanese industries had dealt with women in previous generations, I discovered attitudes so absurd I could barely believe what I was reading.

To give one example, I’ll quote an article published in the evening edition of the Asahi Shimbun on November 25, 1924.

At first, this sounded impressive, and I thought I’d discovered some inspiring signs of early progressivism. Then I read the subheading, which said, “New Girls to Encourage Relaxation and Good Behavior among Passengers.”

The article continued, “Woman conductors will be responsible for satisfying passengers needs and helping to ease conflict on commuter trains. The new policy was also inspired by ladies’ lower income requirements and by their natural tendency to work obediently and without complaint.”

If this appeared in a contemporary newspaper, it would be taken as a clear evidence of industrial misogyny and would cause major public outcry.

The article also sponsored an essay contest on the topic of female conductors, whose theme was “I came to Tokyo to work on trains. Now I’m inviting papa to come out for some sightseeing! ”

Whether you see this as disrespectful of women’s privacy or just ask yourself what standards the paper possibly could have used to grade essays like that, the whole idea seems bizarre and offensive today.

Toward the end, the writer comments that “conductor uniforms are blue serge, with blazing red trim like a sailor suit...It’s all so pretty the girls might even be mistaken for students at a women’s college.” Is this the “prewar morality” contemporary Japan looks back on with such deep nostalgia?

When I look at other articles from the same period, these kinds of statements always stand out. I won’t be mentioning anybody by name because what I want to clarify that these were mainstream, universal attitudes and that the articles are written as though nobody would ever question them. Comments like these, I think, tell us a lot about Japan’s attitudes toward women in the past.

Today, everybody agrees that employers must not discriminate on the basis of sex, but how were things in the old days? This next article comes from the morning edition of the Yomiuri Shimbun published on May 25, 1935.

Headline: “What to Do with the Ugly Faces?”

If I read this in one of today’s papers, I’d probably think it was a joke.

The article goes on to report that “businesses looking to hire women always seem to prefer the pretty ones. Even if they’re a little dumb, the pretty faces get snatched up one after another, and the ones passed over are always the girls with no confidence in their looks.”

There is so much obvious misogyny in that statement that I don’t even need to point it out, but the comments from an employment agency representative interviewed for the piece are even more astounding. This man responded to the trend toward hiring attractive women by pointing out that “in the old days, when you thought about working women, they were all hideous.” Surely, the women who came to this man’s office looking for jobs must have read this article too.

Whether this man was just being a realist or speaking for his generation, I honestly don’t know. But I can’t help asking myself what women who had trouble getting jobs must have felt when they read this article.

But was all of this maybe just a prejudice that showed up in a certain kind of man?

One more article dispels that myth. This piece is a clear example of what Paolo Mazzarino, one of my favorite writers, has called “Nostalgia Sickness” or “The-Past-Was-Great Disease.”

The article appeared in the Yomiuri Shimbun on February 6, 1929, under the headline “At the Education Ministry, Only Beauties Need Apply.” It’s almost laughable to think that a government ministry would say something this blatantly sexist, but the article reveals how embedded these attitudes were.

“Seeing so many pretty, marriageable young faces, all lined up and working at their desks, can have a tremendous effect on the productivity of the boys in the office. The policy of hiring pretty girls has gained a big following with the higher-ups today, and it has been implemented in offices throughout the government.” This may be the same sexist, lascivious mentality that says, “There’s nothing better than a pretty girl.”

I could cite many more articles, but I think I’ve made my point.

When you compare these attitudes with the outcry against sexism in contemporary Japan, it looks like the country is headed down a good path. That is why I want to add my voice to the new wave of outrage against misogyny, even if it’s making some men a little uncomfortable.

I’ll close with an appeal to any men reading this.

Most of you probably laughed at the articles I quoted, but is it possible that’s partly because those attitudes are things we still think but no longer say?

It may be just that sort of thinking that has led to Japan’s current impasse--where misogyny is something influential men don’t worry about and won’t think about.