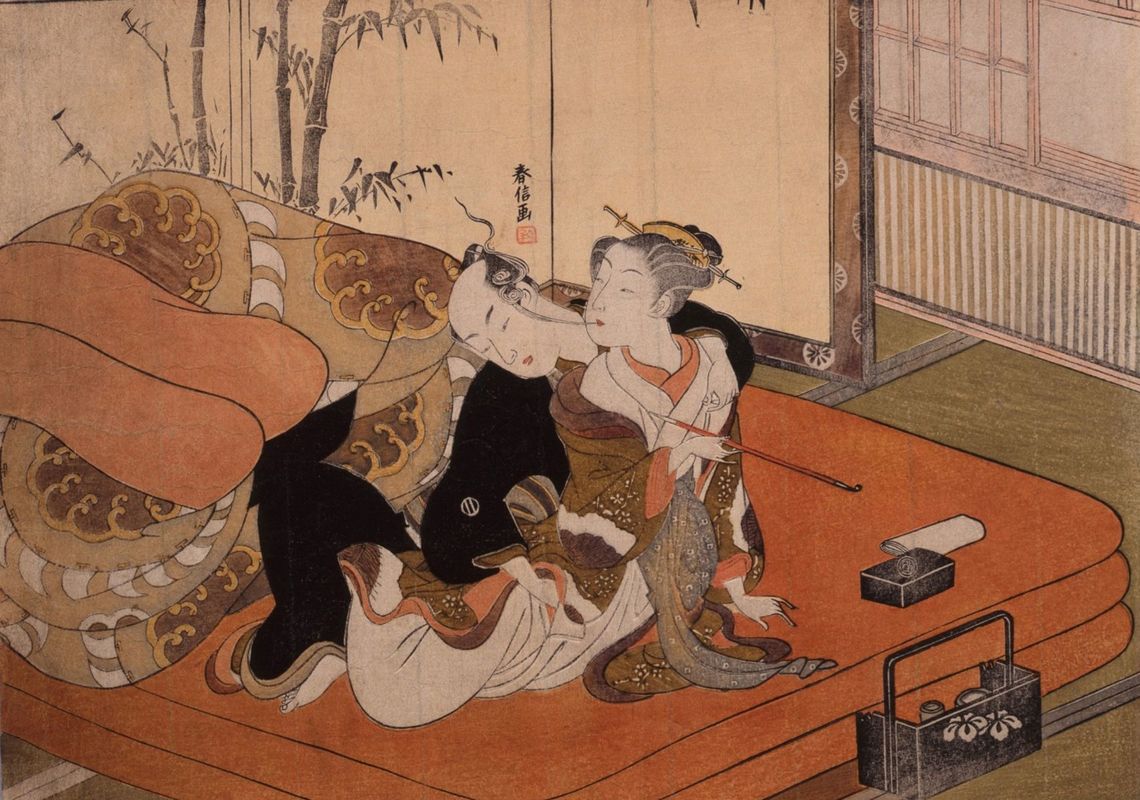 Despite the historical nature of the pieces, the art show doesn’t come without a fair bit of controversy: shunga is still considered obscene in many circles, and despite a successful showing at the British Museum two years ago, the exhibition was turned down by over ten Japanese museums before Eisei Bunko bit the bullet. So why is this art form from hundreds of years ago still causing so much hand-wringing in Japan? Here's the big reveal...

What is shunga, actually?

Though the earliest shunga (literally ‘spring pictures’, with ‘spring’ being a Japanese euphemism for sex) can be traced back much earlier, the art form is most closely associated with the Edo period and its ukiyo-e, woodblock prints that depicted Edo’s hedonistic ‘floating world’ of geisha, kabuki, sumo--and sex.

One, ahem, standout element of shunga is the exaggerated genitalia. This flourish was not, in fact, ukiyo-e artists bragging about the size of their, uh, brushes, but rather an expression of the genitalia as a ‘second face’, one that, unlike the face presented to the public every day, represents one’s true primal desires--hence both the similarity in size and often unnatural physical proximity to the noggin’.

Another unique shunga element: both partners are usually fully (well, almost fully) clothed. Unlike in the West, where bare flesh was seen as simultaneously tantalising and taboo, men and women of Edo-era Japan saw each other in the nude regularly at mixed baths and the like. If anything, it was more appealing to see men and women in shunga clothed, as it helped to identify the characters’ walk of life and to emphasise the parts that were exposed (as if they needed any more emphasising).

Pour some shunga on me

Why was shunga in such hot demand, anyway? One reason was the Edo-era system in which the wives of Japanese lords were required by the shogun to live in the capital, making for some lonely evenings for lords in the countryside.

So why all the fuss?

Indeed, anything but taboo, shunga was widely accepted in the Edo period, owned and displayed by both men and women. Reports from early foreign visitors to Japan describe visits to Japanese homes in which the man and wife of the house proudly show off their shunga collections to their horrified Western guests.

The de-shunganisation of Japan came in the Meiji period. Opening itself up to the Western world after centuries of isolation, the Japanese government sought to bring the country in line culturally and morally with the ‘civilised’ West, banning shunga (not to mention fun practices like public nudity and mixed-gender bathing). Police raids in the early 1900s led to the confiscation and destruction of thousands of pieces, and shunga, though no longer banned outright, has remained taboo since. 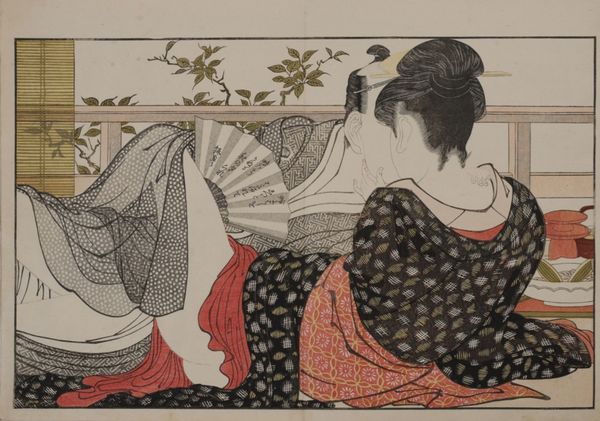 'Poem of the Pillow' ('Uta Makura') by Kitagawa Utamaro

Many 20th century Western artists have cited the influence of shunga on their work (Picasso liked Hokusai’s aforementioned octopus-starrer so much he painted his own version), helping legitimise the form in the West while it was simultaneously being banned in Japan.

More recently, over the past decade there have been major exhibitions of shunga in Helsinki, Milan and Barcelona, culminating in the 2013 exhibition at the British Museum that serves as the basis for Tokyo’s, which The Independent praised as being ‘the most explicit and brilliant pictures of pleasure ever produced’.

Today, it’s possible to buy books and even vintage prints of shunga. Still, with over 10 other Tokyo museums passing on the current exhibition before Eisei Bunko picked it up, it’s clear the shunga taboo in Japan persists. Keep an open mind, leave any Puritan attitudes you may be carrying at the door, and make your way to Eisei Bunko Museum before December 23. Provided you’re over 18, that is.

And remember: it’s okay to laugh.

(Written by Matt Schley/Time Out Tokyo)