What's So Special about the All-New 2016 Prius? 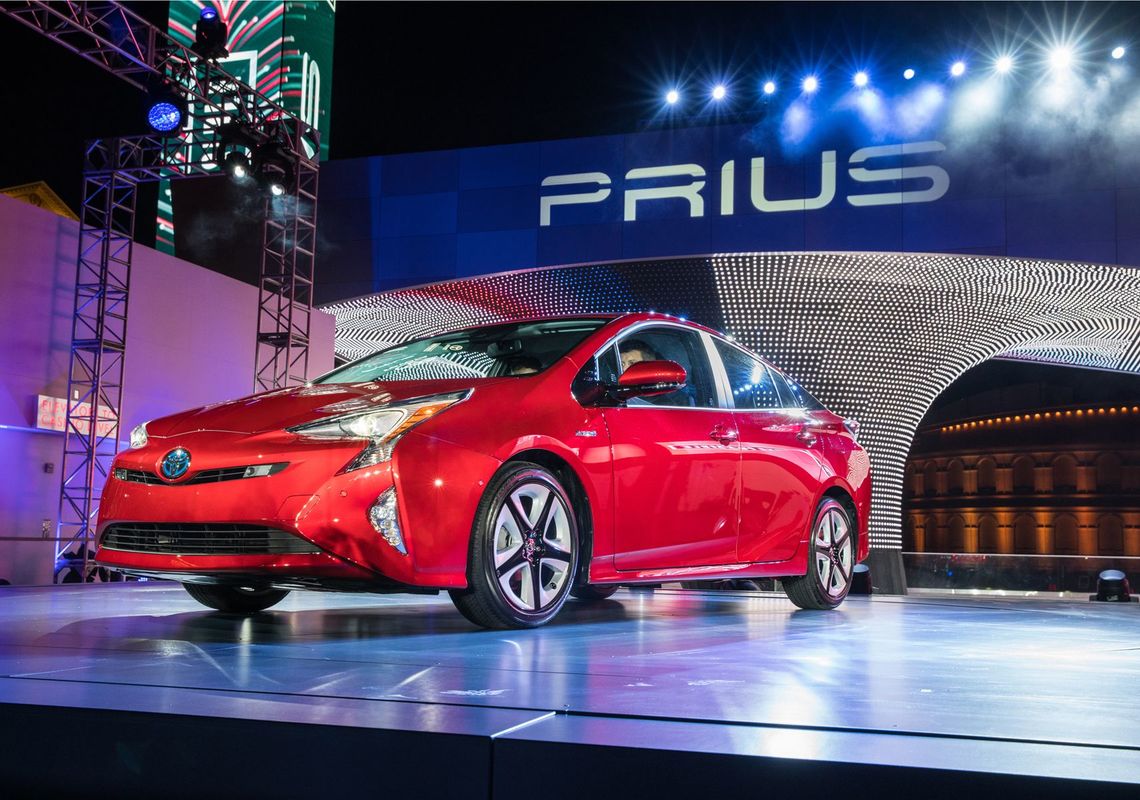 Toyota has finally revealed the fourth-generation Prius to the public.

The all-new 2016 Prius has finally made its debut. Toyota unveiled the fourth generation of its popular hybrid on September 9 in Las Vegas. Toyota used a real car to give the world a chance to gaze at the new model’s interior and exterior and provided more details about its dimensions and mechanism. 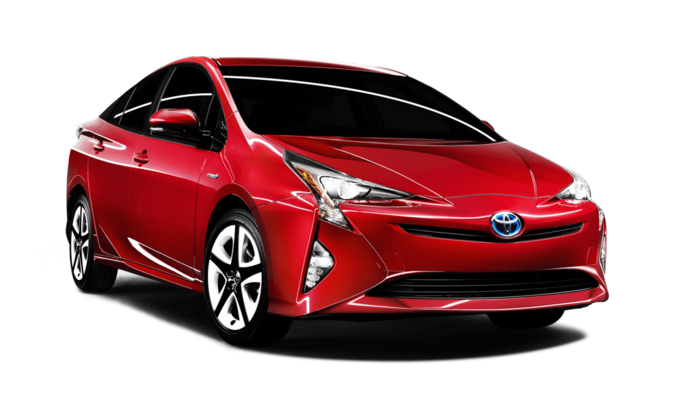 With the exception of the first-generation vehicle, new Prius models are always introduced in the United States: the second generation first appeared at the New York Auto Show in 2003 and targeted investors; the third generation arrived at the Detroit Auto Show.

For the fourth generation, however, Toyota opted not for a motor show but rather a glitzy world premiere that hosted journalists and social influencers from across the country while live-streaming the event to the world. But if Japan is the auto giant’s home and the Prius is selling well there, why did Toyota choose to make the announcement in the United States? The answer lies in the high brand image of the Prius in its adopted market.

The first Prius went on sale in 1997, targeting Japanese consumers exclusively. The hybrid wasn’t introduced to the North American market until 2000. The U.S. debut predated the Kyoto Protocol and took place at a time when global awareness of environmental problems was still modest.

This article is translated by IGNITION

Yet environmental groups joined with Hollywood stars to organize the “Red Carpet and Green Car” campaign for the Academy Awards ceremony. Glamorous celebrities such as Leonardo DiCaprio stepped out of their Priuses and onto the red carpet in scenes broadcast around the globe.

Nominations for the 2016 North American Car of the Year were announced in July, and the list included the fourth-generation Prius--despite it not having been formally announced at the time.

The Las Vegas world premiere was emceed by popular radio DJ Ted Stryker. After his announcement, a large cylindrical screen onstage lit up with messages before opening up to reveal a deep red Prius high up in the air. Climbing out of the driver’s seat was Bill Fay, general manager of the Toyota division at Toyota Motor Sales (TMS). 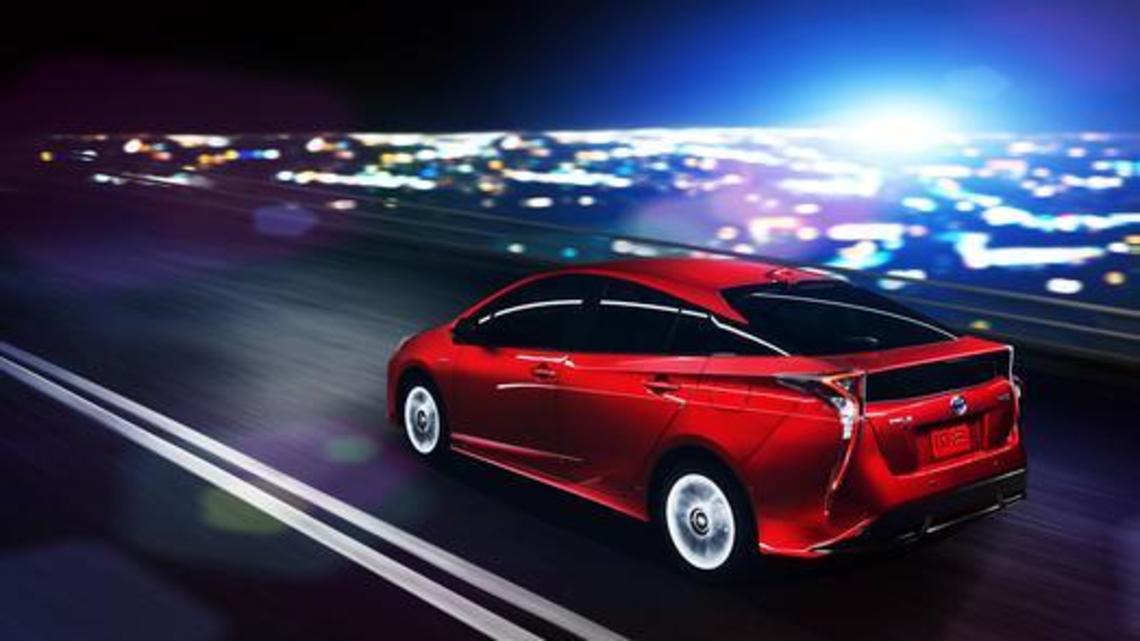 “We’ve been selling the Prius for almost two decades,” said Fay. “We made each generation better and better and changed the automotive industry with this car. We sold over 8 million hybrids globally and almost 1.9 million Prius Family vehicles [which include the Prius V and the Prius C, known as “Prius V” and “Aqua” in Japan, respectively] right here in the United States.”

The fourth generation inherits the Prius’s signature triangular silhouette incorporating aerodynamic design and sleek lines. The styling is reminiscent of Toyota’s Mirai, the world’s first mass-produced fuel cell vehicle released at the end of last year. According to Toyota, the top of the roof has been lowered by 20 mm relative to the previous model, and the hood has been lowered as well.

This is probably due to the new power train components and vehicle platforms implemented under the company’s innovative development program, Toyota New Global Architecture (TNGA). The lower center of gravity led to improved packaging while making the body more rigid; the lower placement of power train components, such as the engine and transmission, has also increased the vehicle’s stability and driving comfort. 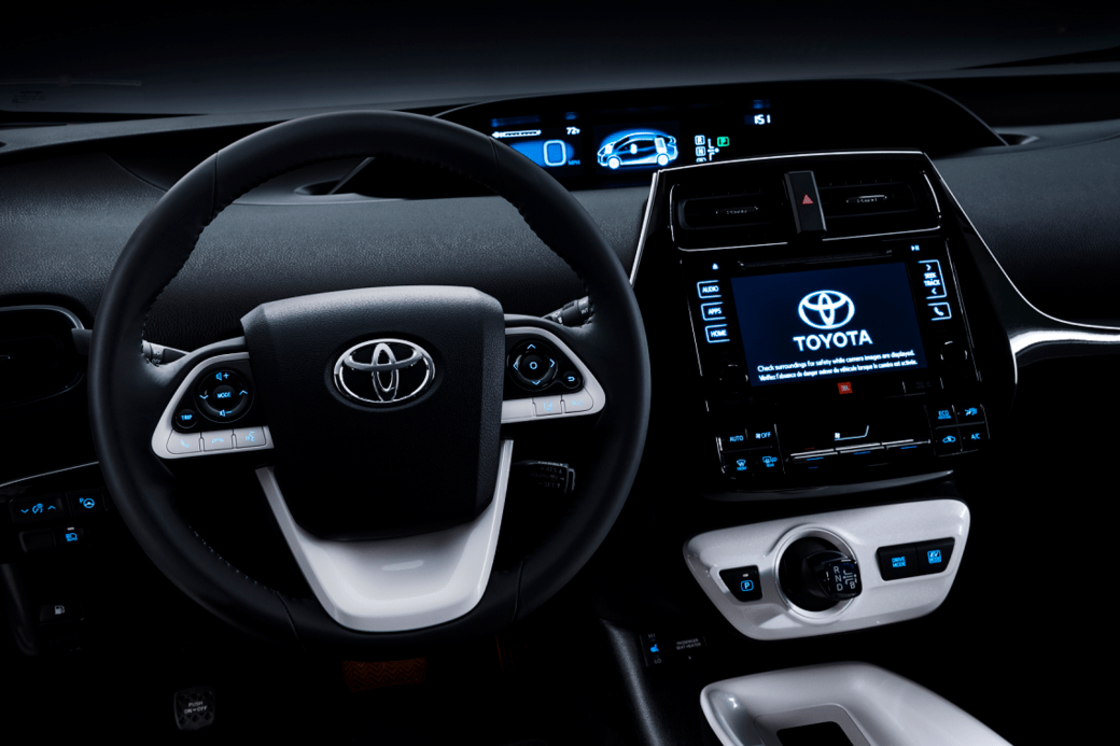 Another element that piques my curiosity is its futuristic functionality.

I recall what actress Cameron Diaz said about her Prius, a second-generation model, on a TV show. She said, “The hybrid car is amazing--you can start it just by pushing the button and it can also park itself automatically. It’s just like the future has arrived at my house!”

If we want to be precise, hybrid vehicles are ecocars that achieve higher driving performance and fuel efficiency by using both the engine and the motor.

At the risk of being pedantic, Cameron, what you’re talking about has nothing to do with hybrid features. And yet what you’re describing is the reason the Prius appeals to consumers. It’s hard to get ordinary people to grasp the advantages of Prius’s sophisticated hybrid mechanism, no matter how revolutionary its fuel efficiency may be. 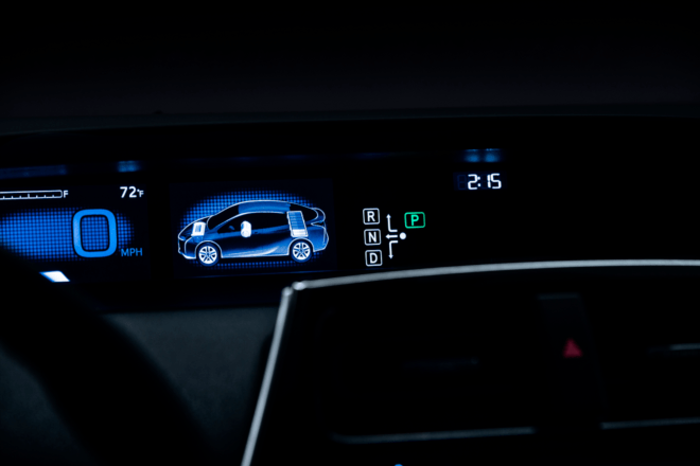 The new Prius is equipped with the “Toyota Safety Sense Package,” which incorporates four advanced safety functions: a Pre-Collision System that relies on millimeter-wave radar and a single-lens camera to detect pedestrians and vehicles and brake automatically, a Dynamic Radar Cruise Control that uses automatic braking to maintain an appropriate gap between the vehicle and the car in front of it, a Lane Departure Alert that lets the driver know when the vehicle begins to cross over the center divider, and an Automatic High Beam that automatically switches to low beams when an oncoming vehicle is detected.

Now that all of these functions are available in the new Prius, it’s technically possible to realize semiauto driving by installing additional software. The Prius has such potential.

Toyota stopped short of revealing details about the new model’s hybrid mechanism and fuel economy performance, details of great interest to many of us, and merely listed standard ecocar phrases: smaller, lighter, and more fuel efficient. But here’s one noteworthy item: “the engine achieves 40% thermal efficiency.”

To put this detail into perspective, the most efficient gasoline engines to date have a thermal efficiency of about 30%. That means only 30% of the energy in gasoline fuel is used to power the vehicle--the rest is lost as heat. The Prius engines, beginning with the first generation, adopt a combustion architecture--known as Atkinson cycle--that can minimize waste heat.

This has made the Prius more thermally efficient than ordinary gasoline-powered vehicles. But Atkinson cycle engines have a shortcoming: decreased maximum power. This shortcoming can be compensated for on nonhybrid vehicles using turbochargers or superchargers; in the case of the Prius hybrid, an electric motor is used.

Fuel efficiency tipped to be 40 km/l

In the following, I take a look at a hybrid technology that I expect to see used in the fourth-generation Prius. This is just a guess I’m making, but here goes:

In April 2013, Toyota set up the Unit Center, an internal organization with oversight (product planning through production) for “unit” components such as engines, power trains, and hybrid systems. When it announced the organization, Toyota said it would focus on improving the “transmission efficiency” of drivetrains, in addition to the enhancement of engine “thermal efficiency” I mentioned earlier.

1. Create less on-resistance, reducing energy loss in the semiconductor
2. Switch on and off quickly, enabling smaller peripheral parts
3. Can operate at temperatures as high as 200°C, which allows the cooler to be smaller

Toyota claims that the use of SiC semiconductors can reduce the PCU size by 80 % relative to conventional PCUs while improving fuel efficiency by 10%. 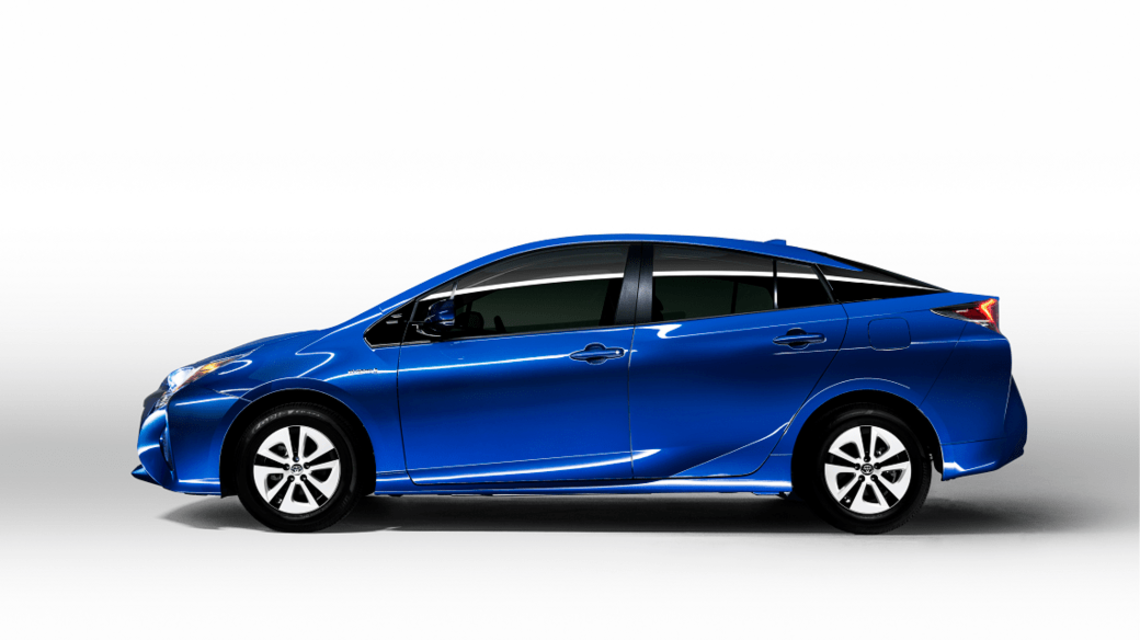 I’m not sure if the fourth-generation Prius will use a PCU with a SiC power semiconductor, but it’s worth noting that in 2013 Toyota set up a clean room dedicated for the development of SiC semiconductors at its Hirose Plant, and it was here that technically difficult trench structure electrode processing was successfully implemented in preparation for mass production.

Poised to surpass the Aqua

Given that the Aqua, which is one size smaller than the Prius, has already achieved a fuel efficiency of 37 km/l, a rating of 36 km/l would lack impact. So it’s hypothetically plausible that Toyota is aiming at 40 km/l with the fourth-generation Prius.

To recap, the fourth-generation Prius will inherit the styling DNA of its earlier generations but use a high-efficiency engine with greater than 40% thermal efficiency for its mechanism. In addition to the advanced driving assist functionality and potential for semiautomated driving, the new model is highly likely to be equipped with next-generation hybrid systems making use of SiC power semiconductors.

For further details, we will have to wait for the vehicle’s official debut at the end of this year. Once revealed, the technical features of the new Prius will surely amaze us yet again. This model is the next step in the vehicle’s evolution and remains faithful to the Prius concept passed on from the first generation to the second and from the second to the third.