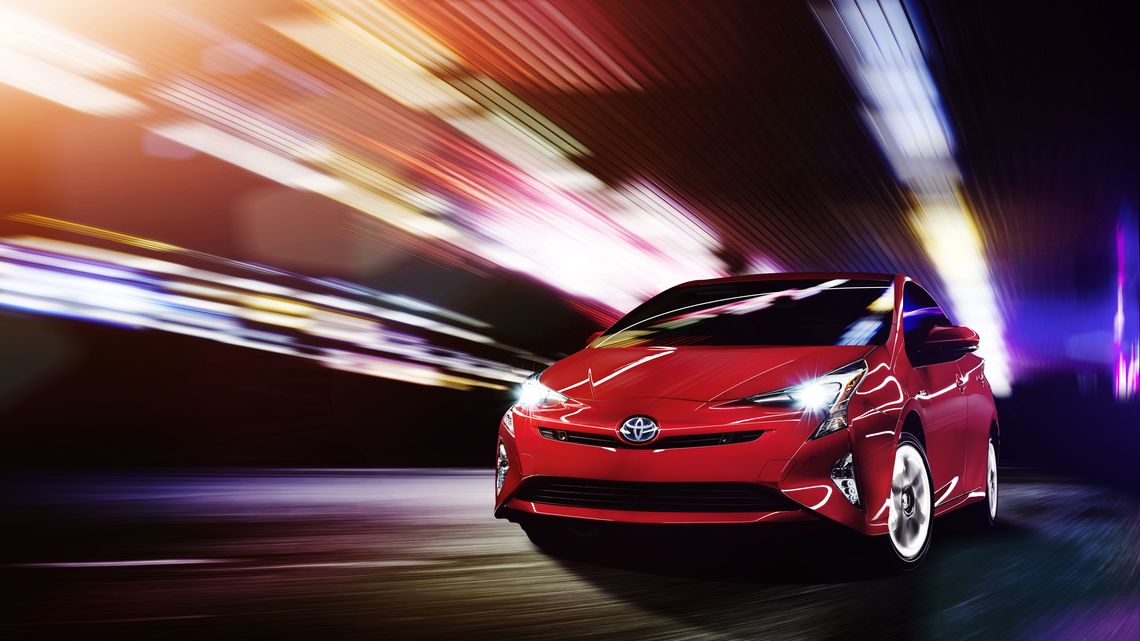 A bright red vehicle rose high up in the air and slowly landed onto the stage showering with flashlights. This spectacular scene highlighted the evening of September 8 in the Las Vegas venue where Toyota Motors has chosen to hold the world premiere of the latest model of Prius.

It took six and half years for the leading Japanese automaker to unveil the fourth generation of its best-selling eco-car that shook the world when it debuted in 1997. This brand new petrol-electric hybrid is set to be launched first in Japan this year-end, and is expected to appear in the U.S. market next spring.

The new Prius has undergone a full model change. The headlamps look a lot sharper than its predecessor’s. The dynamically curved taillights enhance the novelty of its rear design.

The body has been extended both in length and width, while slightly lowering the height to exude a sportier image. Its main feature color has been refurbished to vibrant deep red in contrast to the light blue or pastel green that has often been used to showcase the earlier models in motor shows and catalogs.

All these conspicuous choices made for the full makeover reflect Toyota’s ardor to emphasize the nuance of powerfulness and boldness it opted to add to the external styling of its flagship vehicle.

Needless to say, its signature fuel economy performance has also been geared up significantly. The company announced that it can run 40km with just a liter of gas (according to Japanese standard), revealing that it is over 20% more fuel-efficient than the current model.

But the new Prius is not simply an evolved “environment-friendly car”. A Toyota executive who participated in the test drive a number of times confides that it’s much more than that.

“You’ll notice the clear difference right away when you open and close the door. Listen to the sound it makes. It now has a deeper tone, similar to the kind you hear from a high-end model. The interior likewise embraces you with a more premium feel.”

“The developers of earlier Prius models focused on achieving top-in-class fuel efficiency, and had to sacrifice their pursuit of the fun aspects of driving. But the new model has been configured to give greater satisfaction to drivers seeking for exciting steering experience.”

“You can tell from this radical shift in development policy that the philosophy of 'Building Ever-Better Cars' advocated by President Akio Toyoda is finally taking root in this company.”

Prius determines the fate of Toyota 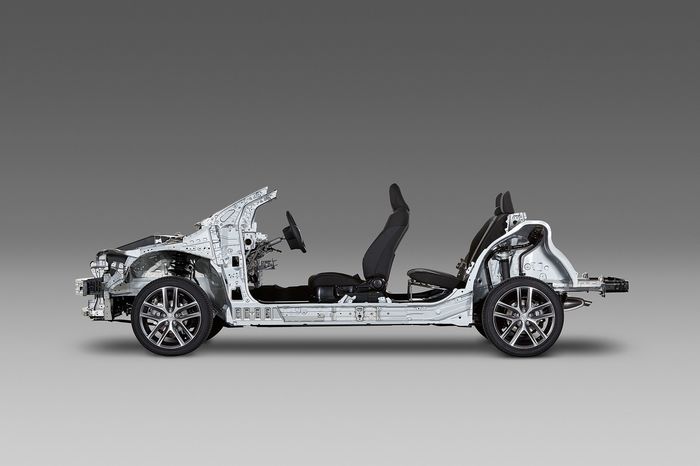 The platform of new Prius

To Toyota, the success of new Prius is a matter of crucial importance. That is especially because this car is the first model built on the innovative new platform called Toyota New Global Architecture (TNGA).

TNGA shares the core vehicle components like chassis, engine and transmission, collectively known as the powertrain. At the same time, it aims at further streamlining the development process and strengthening the product appeal by differentiating literally every inner and outer details of each car manufactured.

Parts sharing is not a new concept in auto industry. Toyota has also been proactively promoting this concept by mainly commoditizing the body parts. But in case of this automotive pioneer in Japan, it historically had the tendency of prioritizing the optimization of production lines individually over holistically.

Mitsuhisa Kato, the executive vice president who has long been leading Toyota’s engineering division explains the background that led to the implementation of TNGA.

“We have been carefully responding to the diverse needs we identified in each market around the world. As a result, we now have 100 different platforms and the types of engines we build have increased to 800 variations.”

In TNGA, the mid- to long-term vehicle families are strategically determined according to the pre-defined engineering roadmap. Once these car lines are fixed, the core features and parts are modularized for common use in subsequent productions.

For Toyota engineers, this new mindset is close to a complete 180-degree turn in the basic policy they have long been following in past car-making processes from design through production.

If the new Prius, their first deliverable developed through this groundbreaking approach, fails to gain a good reputation, TNGA will stumble from the very start. By no means can they afford to make that fumble in this decisive new game.

As the forerunner of HV market

The fourth-generation Prius has another mission to fulfill. It must reiterate the strong presence of hybrid vehicle (HV) in the world by serving once again as the undisputable global environmental savior like its predecessors.

When Toyota released the first-generation Prius nearly two decades ago as the world’s first mass-produced HV, it marked the advent of an unprecedented automotive sector. This frontier automaker retained the leading position of the HV market ever since, by branching out its hybrid family extensively with Aqua, Camry, Lexus, and Corolla, to name a few. 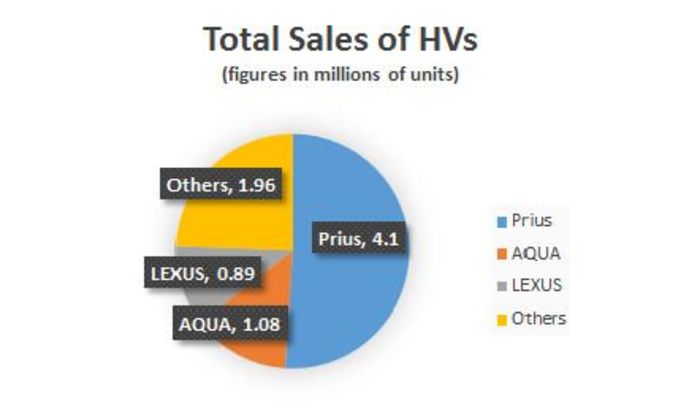 In the last eighteen years, it sold over 8 million Toyota-brand HVs in the world. And the company is quite confident about selling even more in its home country.

There are several factors that explain why hybrid car is so popular in Japan. Toyota’s HVs are generally tuned to be highly fuel-efficient when they run in low- to mid-speed range. This specification has proven to be particularly suitable for the road and traffic requirements in this country.

In addition, the Japanese government has supported the dissemination of environment-friendly cars by providing preferential taxation to its buyers at home. Thanks to these favorable market conditions, 18.6% of all the new automobiles sold domestically in 2014 turned out to be HVs. If the light motor vehicles that run on diesel fuel are excluded from the total count, HVs amount to 36.1% of all the gasoline cars newly registered in Japan last year. (To be continued)

The article originally appeared in the September 19th issue of The Weekly Toyo Keizai.