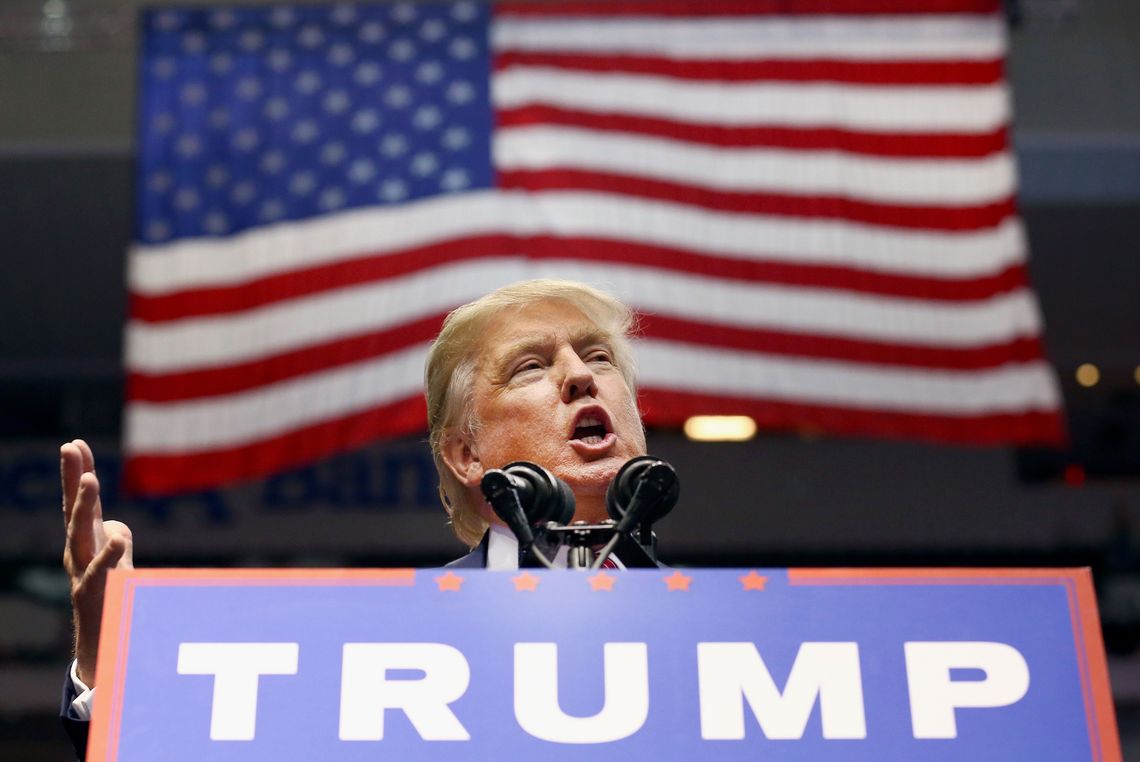 WASHINGTON, DC – As Republicans and Democrats go through the long process of selecting a nominee for next year’s presidential election, both parties face the same question. Will the anti-establishment – even anti-political – mood now dominating the contest last?

For once, Labor Day (the first Monday in September) was not the presidential race’s demarcation point: the overall themes had already been set. Revulsion at government and traditional politicians hit the presidential contest like a tornado in the summer, flattening the campaigns of some who were once seen as serious contenders.

Among Republicans this sentiment is, of course, no surprise, given their party’s steady rightward drift and consistent antipathy toward President Barack Obama. But it suited a wealthy, noisy braggart who barreled into the race attacking conventional politicians as “stupid” and insisting that he alone could get things done.

Those who wrote off Donald Trump as a “buffoon” failed to see that he has shrewdly read the Republican zeitgeist, and that he knows precisely where to stick the knife into competitors. His depiction of former Florida governor Jeb Bush as a man of “low energy” has done real damage to a candidate whom many had assumed – even before he formally entered the race – would be the favorite.

“The Donald” (no one has better name recognition than the former TV personality) has pitched his appeal both to American patriotism and the country’s dark side. His slogan, “Make America Great Again,” is aimed at those who are frustrated that the U.S. can no longer impose its will on an increasingly confusing world. For them, and for Trump, Obama is to blame: he doesn’t stand up to foreign leaders (Binyamin Netanyahu might disagree); he withdrew from Iraq too soon (though the timetable was set by his Republican predecessor); he even “apologizes” for America.

Trump plays to America’s persistent veins of racism and nativism: he vows somehow to round up and deport some 11 million undocumented aliens and fortify America’s border with Mexico by building a wall – paid for by Mexico. His striking narcissism (everything he does is “outstanding, great, terrific, the best”) is both his trademark and his policy.

Around mid-August, as Trump’s poll numbers rose even after public statements that would have brought down mere mortal candidates, it dawned on the pundits that he was no summer infatuation. It became evident that he might win the first nominating contest, the Iowa caucuses, and that he was leading in the second, New Hampshire, and other states. It was no longer laughable to say that he could be the Republican nominee.

But the “anti-system” mood of this election campaign is not confined to the Republicans. Bernie Sanders the socialist and Donald Trump the plutocrat are addressing much the same impulse. Speaking in clear, declarative sentences, Sanders sets forth an idealistic conception of government policy that appeals to a great many people on the growing left of the Democratic Party.

By contrast, Jeb Bush and the Democrats’ presumed nominee, Hillary Clinton, embody traditional politics. Both come across as focus-grouped, packaged, and cautious, whereas Trump and Sanders are seen by their followers as “telling it like it is.”

Sanders appeals to the popular frustration with the compromises made by America’s leaders, including the centrist Bill Clinton. Hillary Clinton, trying to straddle the divide between the two wings of the Democratic Party, is increasingly leaning to the left as Sanders draws enormous crowds, something she has yet to accomplish. Moreover, her campaign is struggling to escape the quagmire produced by revelations that she conducted official business on a private email server during her tenure as Obama’s Secretary of State.

Meanwhile, Trump’s appeal among Republicans is across the board: moderates and conservatives, college-educated, Evangelicals, men and women. It also includes white supremacists: in June Trump was endorsed by The Daily Stormer, America’s largest neo-Nazi “news” website. When two far-right activists in Boston beat a homeless Latino man, with one saying that they had acted in Trump’s name, the candidate commented that some of his followers are “passionate.”

A poll of Trump supporters found that 66% believe that Obama is a Muslim, and 61% that he was not born in the U.S. (a claim that Trump continued to trumpet long after it had been disproved).

Trump’s closest Republican rival, Ben Carson, a renowned neurosurgeon, also has no political experience and says outlandish things. But Carson says them quietly, which may be why his favorability rating in Iowa is higher than that of his Republican competitors (pulling even with Trump in one poll). Carson has said, for example, that people enter prison as heterosexuals and come out gay; that America is like Nazi Germany in suppressing ideas and opponents; and that the president need not enforce the Supreme Court’s recent landmark decision legalizing gay marriage.

Trump and Carson, along with two other candidates running as political outsiders – Ted Cruz, a senator from Texas, and former Hewlett-Packard CEO Carly Fiorina – currently account for around 60% of support among Iowa Republicans. Bush and the rest of the field, including Rand Paul, Scott Walker, and Marco Rubio – all one-time darlings of the political press – are floundering. To recover ground, some, especially Walker, have fallen into the trap of trying to out-Trump Trump.

But there’s only one Trump, and his candidacy is causing conniptions on the part of Republican Party officials, particularly given his campaign’s open hostility toward Latinos. Following Obama’s re-election, in 2012, Republican leaders commissioned a study that showed that the party’s nominee will have to win more Latino votes than ever to win the White House. There is scant chance of that if Trump is the party’s standard-bearer.

So far, Trump has defied the laws of political gravity. But it remains possible that his candidacy will crash as some of his rivals drop out and leave their supporters (and wealthy backers) to crystallize around someone they see as a more viable alternative. That would be a relief to Republican Party leaders, who recently obtained Trump’s vow (easily undone) not to mount an independent presidential campaign should he fail to win the party’s nomination.

In the meantime, both party establishments have reason to be nervous. With Sanders now polling well ahead of Clinton in New Hampshire, serious commentators have begun speculating that Americans will ultimately be asked to choose between Sanders and Trump.

Clowns on the Campaign Trail

Why Does US Love Google Over Sony?