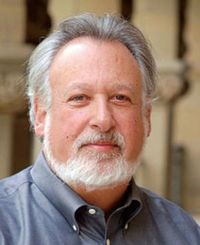 Before joining APARC, Sneider was an accomplished journalist, having served as bureau chief in both Tokyo and Moscow for the Christian Science Monitor, and as a columnist and editor at the San Jose Mercury News.

Abe’s coalition retained its large majority, but the LDP lost a few seats, and the coalition did not gain much. So, what benefit does Abe garner from having called the election, and what, if any, price does he pay?

For Abe, this election was all about power, and retaining power. The biggest threat to Abe’s hold on the Premiership lies within the ruling party, not from the opposition. The challenges to Abe from inside the LDP are driven by a sense of his fading popularity, expressed in opinion polls, and based mostly on economic performance.

Given the trends leading into the election, Abe may have faced a serious challenge next fall when the LDP elects its party president. With this victory, Abe should have staved off any serious challengers, barring external events that dramatically change the perception of his government.

So the Prime Minister bought himself some time and rebuilt, a bit, his political capital. Now the question is, what does he do with his time and how does he spend his capital?

Is there any significance to the LDP having lost a few seats, given some speculation that the party might pick up quite a few?

The main significance is that this victory, which is essentially a preservation of the status quo, will be viewed as somewhat less than decisive, given the expectations that were built up in the media that the LDP would actually gain seats.

Does Komeito having gained some seats complicate the management of the coalition on controversial issues like collective self-defense and nuclear energy?

I think it is very important that the Komeito gained seats – the coalition may have held ground but the only real gain was made by them. And so when it comes to negotiating those issues, particularly the tax policies related to delaying the consumption tax rise and the revision of national security laws to reflect the cabinet decision on collective defense, the Komeito will have a better bargaining position within the coalition.

Whether and how they will use that leverage is a different question however. The Komeito is stuck in a dilemma – they tell their voters that this coalition gives them power and therefore justifies the compromises they make with the LDP. But if they don’t actually get what they seek, how effective is that argument?

Where does the DPJ go from here?

The DPJ has managed only to preserve itself as the kernel of a serious opposition, to position itself for the elections to come. But it still must restore the trust of Japanese voters that it can govern and to make clear what their identity is as a party, in contrast to the LDP.

If they go too far to the center or center/right in an effort to prove their reliability as a governing party, they also fail to distinguish themselves from the LDP. There will now be a change in leadership in the party and we will see who emerges. Personally I think the DPJ needs to go back to its roots, re-embrace its identity as a center/left party, a liberal or reformist party that stands clearly for the dismantling of the bureaucratic state capitalist system that led Japan’s development but now blocks its growth and its ability to function in the global economy, that favors devolution of power from the center to the regions, and seeks a foreign policy of engagement with Asia, rather than an anti-China containment strategy, and that opposes the historical revisionism of the Japanese nationalist right. There can be significant overlap with Ishin no kai on this, and even with the left (JCP et al).

What is the significance of the very conservative PFG being virtually wiped out?

For the most part, the extreme right did not do very well, including the Tamogami party. That is a good sign that Japanese people are not yet seduced by the racist and extremist nationalist rhetoric of these groups.

By contrast, the JCP did very well. Why?

The JCP was the only opposition party that had a clear platform of opposition to the LDP – they were clearly opposed to the consumption tax rise (not just supporting postponement as others did); they are clearly anti-nuclear; they took a strong stand against constitutional revision and the expansion of Japan’s defense role; they led the fight against the Okinawa base expansion; and they have a clean image.

Many people who wanted to file a protest vote against Abe chose the JCP because they did not see the DPJ or others clearly differentiating themselves from the LDP.

Does the record low turnout have any immediate implications?

It shows the Japanese people are not stupid. They knew this was a “Jerry Seinfeld election” – an election about nothing, as the saying goes about the American comedian’s long running television show. So they chose to stay home.

Will the election results have any policy implications? For example, what about the TPP negotiations and agricultural reform?

If Abe wants to push for opening up agricultural markets in Japan, as the US and others are seeking in TPP, along with other measures such as IP protection, he can do it. The question is whether he either understands why that is needed or is willing to pay the political price that will be associated with that.

Anything he seeks has a price – including the national security legislation, the issuance next year of a new statement on the war, constitutional revision, and so on. So what does he want to spend his political capital on? We don't know.

I suspect that Abe and his advisors still hope that Obama is so desperate for a TPP passage as evidence of cooperation with the Republicans that they will give in on the agricultural market issues in the end. I think that is a miscalculation and misreading of American politics – Republicans for example need agricultural market opening in Japan because they represent big agricultural states. So if they are faced at the negotiating table with an unchanged US position, will Abe be ready to make that deal? Let’s see how it plays out in the next weeks.

What about collective self-defense?

Abe has the power to do much of what he wants, even though he does not have the support of the Japanese people. This election has not changed that reality. Tactically though he must make some bargain with the Komeito. I really don't know what the Komei’s bottom line is on these issues and how hard they are ready to fight.

Will Abe push ahead with nuclear energy?

Yes, I think he is determined to reopen the plants that are listed as being safe – 13 I think is the number – and he will do it.

The people of Okinawa have now spoken – in two elections, for the governorship and now for the Lower House of the Diet – and made clear their rejection of the construction of the Futenma Replacement Facility at Henoko.

The governor will try to find a technical way to reverse the landfill approval but if that fails, we will see mass protests in front of the gates and violence. Then we will see if the bureaucrats in Tokyo and their political allies are ready to do anything to fulfill this promise to the Americans.

And frankly we will see what tolerance the US has for such turmoil on Okinawa, which potentially threatens the larger base structure. It will be the most important moment in Okinawa since reversion in 1972.

I am sure Abe and his friends will try to move ahead because they think that delivering this gift to the Americans will give him a freer hand to pursue his anti-China and anti-Korea policies, and more important for him personally, his historical revisionist crusade to roll back the judgment of the post-war settlement on Japan’s wartime criminality.

Fujifilm to Double Spending for M&As