Clowns on the Campaign Trail 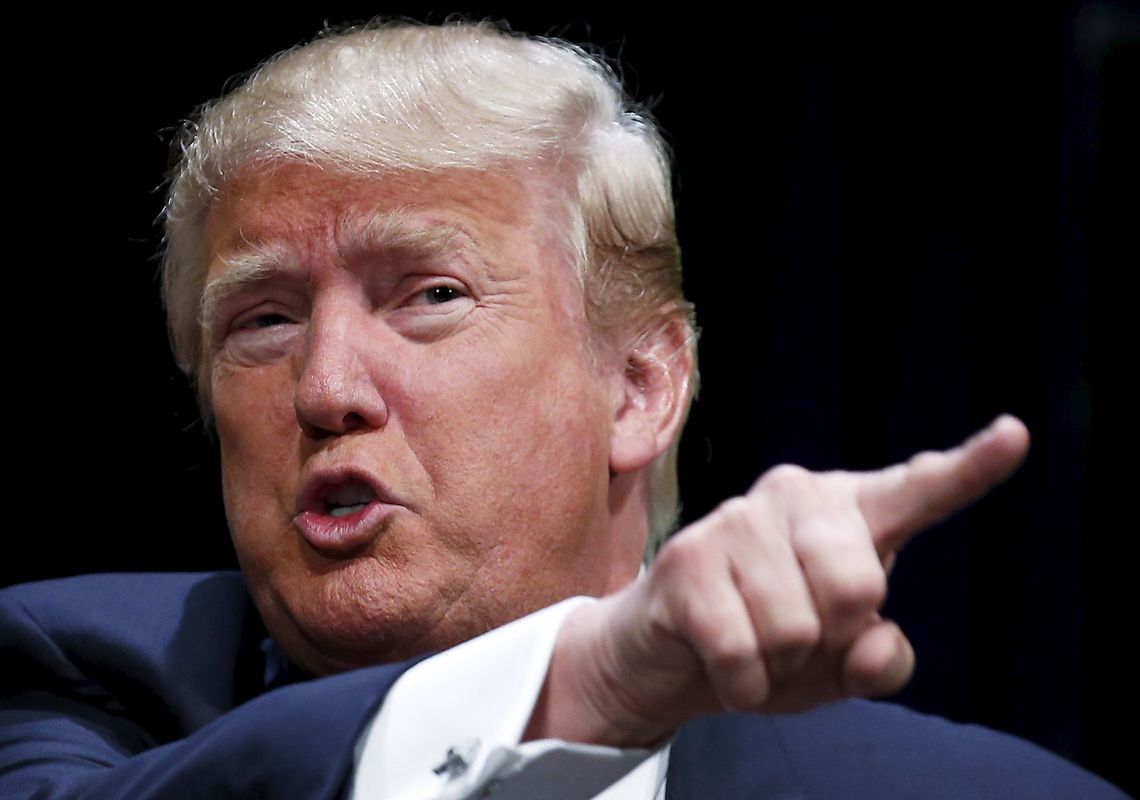 NEW YORK--Donald Trump, the real-estate tycoon and reality-show host, also known as “The Donald,” is unlikely to be the next president of the United States. He is loud, crude, ignorant about most things, and looks absurd in his puffed up blond comb-over hairdo. Even ardent Republicans have dismissed him as a “rodeo clown,” and his campaign as a “circus.” The Huffington Post covers Trump’s campaign strictly as entertainment news.

Yet, for the moment, Trump is leaving all his rivals for the Republican presidential nomination in the dust. Even in U.S. politics, which can be very strange, this is extraordinary. What explains Trump’s popularity? Are all his supporters “crazies,” as Senator John McCain, perhaps unwisely, called them?

Trump’s critics argue that he is playing to the basest instincts of disaffected voters, who hate foreigners (especially Mexicans), distrust bankers (or anyone with a higher education, for that matter), and still can’t get over the election of a president whose father was black.

Trump, in the comedian Jon Stewart’s words, is “America’s id,” or at least the id of a large number of mostly white, mostly older, mostly small-town Americans.

Now, all this may be so. But Trump is part of a wider phenomenon throughout the democratic world. Disaffected voters can be found everywhere, whether in the U.S., Europe, or India. But they are not only turning away from mainstream political parties and following populists who promise to clean out the corrupt elites from the centers of power; they also share a taste for political entertainers, or clowns if you like.

Beppe Grillo, a real professional comedian, now leads the second largest political party in Italy. His aim is to overturn the country’s political establishment and upset the European Union by taking Italy out of the euro.

In a sense, of course, Italians already voted three times for a clownish figure as prime minister. Silvio Berlusconi, another real-estate billionaire, who began his career as a crooner on a cruise ship, was even more outrageous than Trump, as well as a master of the mass media--literally so, as he owned most of it in his country.

As is true of The Donald, many people, especially men, liked him not despite his outrageous statements and behavior, but because of them.

A television comic named Victor Trujillo, but better known as Brozo the Creepy Clown, became the most influential political commentator in Mexico. In the Netherlands, not normally a country known for clownish politicians, the surge of populism was first led by Pim Fortuyn, a flamboyantly gay man who staged provocative, and always richly entertaining, public appearances.

Again, his talent for shocking statements was an asset, not a hindrance. After his violent death in 2002, Geert Wilders, a former punk rocker with a pile of dyed platinum blond hair, shone brightest in the Dutch populist firmament.

Apart from peculiar hairstyles (the balding Berlusconi has his head painted), the new populists have several things in common. Whether billionaires or not, they share a prickly hostility to so-called elites, from whom they feel socially excluded. Wilders and Trump, among others of their ilk, also play on popular anti-immigrant sentiment.

Trump called Mexicans in the US “rapists.” Wilders wants to ban the Koran and stop Muslims from moving to his country. But this, too, is part of the same resentment against elites, who are blamed for allowing foreigners to arrive in the first place.

In Europe, antipathy to immigrants, or Islam, can quickly switch to hostility toward the European Union, which is seen as yet another bastion of entrenched elites. This is what Wilders and Grillo have in common.

But I think there is a more basic reason why political clowns are doing so well. Many people are fed up with the professional political class. In the past, politicians of the left often came from the trade unions, while conservatives were rich businessmen or landowners. Social classes had their own interests, which were represented by parties divided by clear ideological differences.

A revolt against the professional politicians

Increasingly, however, people see no difference between politicians from one party or another. They are lumped together under such rubrics as “Washington,” “Brussels,” or “Wall Street.”

This perception is exaggerated, especially in the U.S. The country really would be a different place under a Republican president, especially with a Republican majority in both houses of Congress.

But it is certainly true in many places that ideological differences have largely collapsed. Social democrats govern in coalition governments with laissez-faire conservatives. Neoliberalism reigns. More and more, politics looks like a rigged system whereby members of the same political class compete for jobs, rather than for the victory of ideas, or on behalf of larger collective interests.

Trumpism, then, or Grilloism, is a revolt against the professional politicians. Trump is not just trying to run against a Democrat for the presidency; he is running against his own party’s establishment as well. His supporters are disgusted with the compromises made in Washington between leading Republicans and Democrats. To them, bipartisan cooperation is not necessary to the governance of a large and diverse country; it is a form of corruption.

That is why they voted five years ago for Tea Party politicians, who preferred a government shutdown to a negotiated deal with Democrats. And that is why they are cheering for a showy loudmouth like Trump.

But, without compromise, a democracy becomes ungovernable. The US is in grave danger of this now. Even though Trump will not become the next president, the populist damage has already been done.