James Borton is a non-resident fellow at the Saigon Center for International Studies at the University of Social Sciences and Humanities in Ho Chi Minh City.
Nguyen Chu Hoi is Professor of Marine Science and Governance Policy at Vietnam National University, Chairman of the Vietnam Association for Marine Environment and Nature, and former Deputy Administrator of the Vietnam Administration for Seas and Islands. 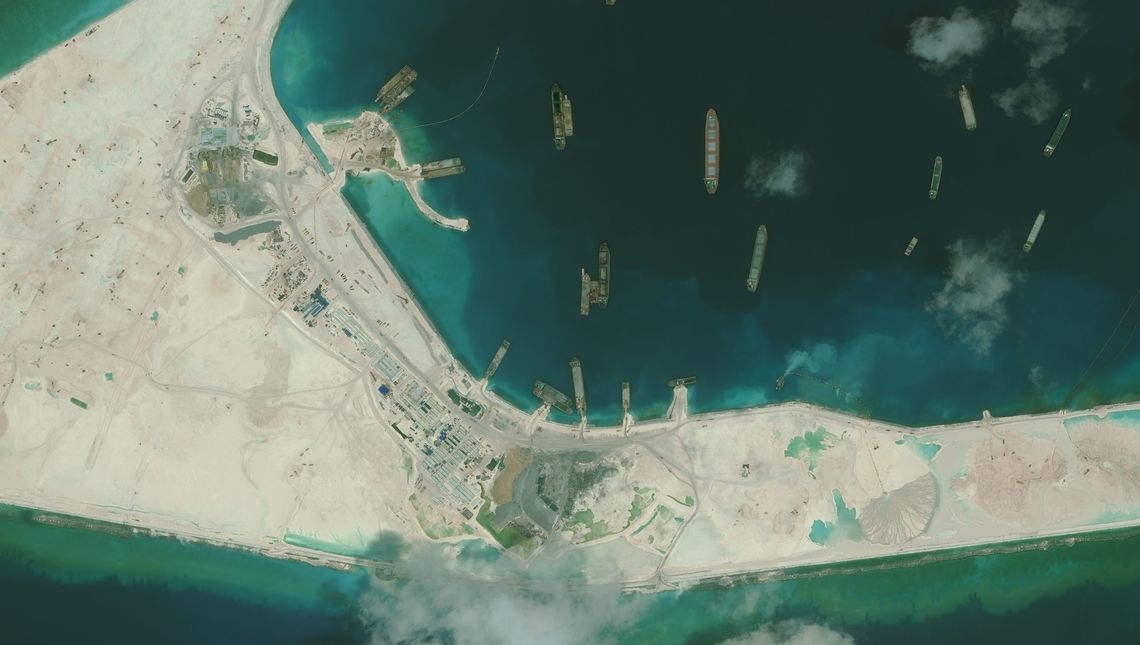 The Subi Reef in the South China Sea, a part of the Spratly Islands group
( Photo:DigitalGlobe/Getty Images)

HO CHI MINH CITY – Since December 2013, China has added more than 1,200 hectares to islands in the South China Sea. The geopolitical implications of these land reclamation efforts are well documented: The majority of the activity has taken place on the Spratly Islands, an archipelago in the waters between Vietnam, Malaysia, and the Philippines, all of which – along with China, Taiwan, and Brunei – have competing claims to the region.

What has been less discussed is the project’s environmental impact, which borders on catastrophic. China’s activities are endangering fish stocks, threatening marine biodiversity, and creating a long-term threat to some of the world’s most spectacular sea life.

Thousands of coral reefs, seagrass beds, and other shallow-water ecosystems are rapidly being destroyed and buried as China’s leaders rush to stake their claim to the region. The land reclamation project is undermining the ecological connection between the Spratly Islands and the South China Sea, choking off the supply of nutrients upon which these ecosystems depend.

Moreover, China’s bellicose stance, together with the undefined ownership of the region and its fish stocks, has led to destructive overfishing, degrading the marine ecosystem and threatening endangered species, including sea turtles, sharks, and giant clams. Since 2010, the fishery reserves in the Spratly Islands and the western part of the South China Sea have been reduced by 16%.

Approximately 300 million people depend on the South China Sea’s marine resources for their livelihoods; should China continue on its current course, the risk of massive economic dislocation will grow. But the South China Sea is an important body of water for the entire world, not only for the countries that border it. It is an essential international maritime transportation route – connecting the Indian Ocean to the Pacific Ocean – through which roughly 300 vessels, including 200 oil tankers, pass daily.

The international community should condemn China’s militarization of the Spratly Islands and urge it to reverse course, thereby minimizing the risk of a conflict that could be even more disastrous for the marine environment. More broadly, all countries responsible for the degradation and destruction of the South China Sea’s shallow-water ecosystems must halt activities that threaten the region’s biodiversity and economic productivity.

China’s claim to the Spratly Islands and a large portion of the South China Sea is based on the so-called nine-dash line, a demarcation extending far south of its territory that has been repeatedly contested since it was first proposed after World War II. And China’s recent land reclamation efforts violate several international environmental conventions, most notably the Convention on Biological Diversity (CBD) and the Convention on International Trade in Endangered Species of Wild Fauna and Flora (CITES).

China’s actions in the South China Sea also contravene the 1982 United Nations Convention on the Law of the Sea, which guarantees the right to navigation within its waters. And its militarization of the Spratlys is clearly a violation of the Declaration on the Conduct of Parties in the South China Sea. That declaration requires its signatories (the members of the Association of Southeast Asian Nations and China) to “exercise self-restraint in the conduct of activities that would complicate or escalate disputes and affect peace and stability.” This includes “refraining from action of inhabiting on the presently uninhabited islands, reefs, shoals, cays, and other features and to handle their differences in a constructive manner.”

Thirteen years after that declaration, ASEAN should redouble its efforts to reach an accord with China over the status of the Spratly Islands and the South China Sea. And the international community should support that effort.

All countries in the region have the responsibility to monitor and preserve the marine environment and manage its resources. But the real responsibility lies with China. When it comes to international law, it is up to the world’s most powerful countries to lead by example. China must live up to its obligations – beginning in the South China Sea.