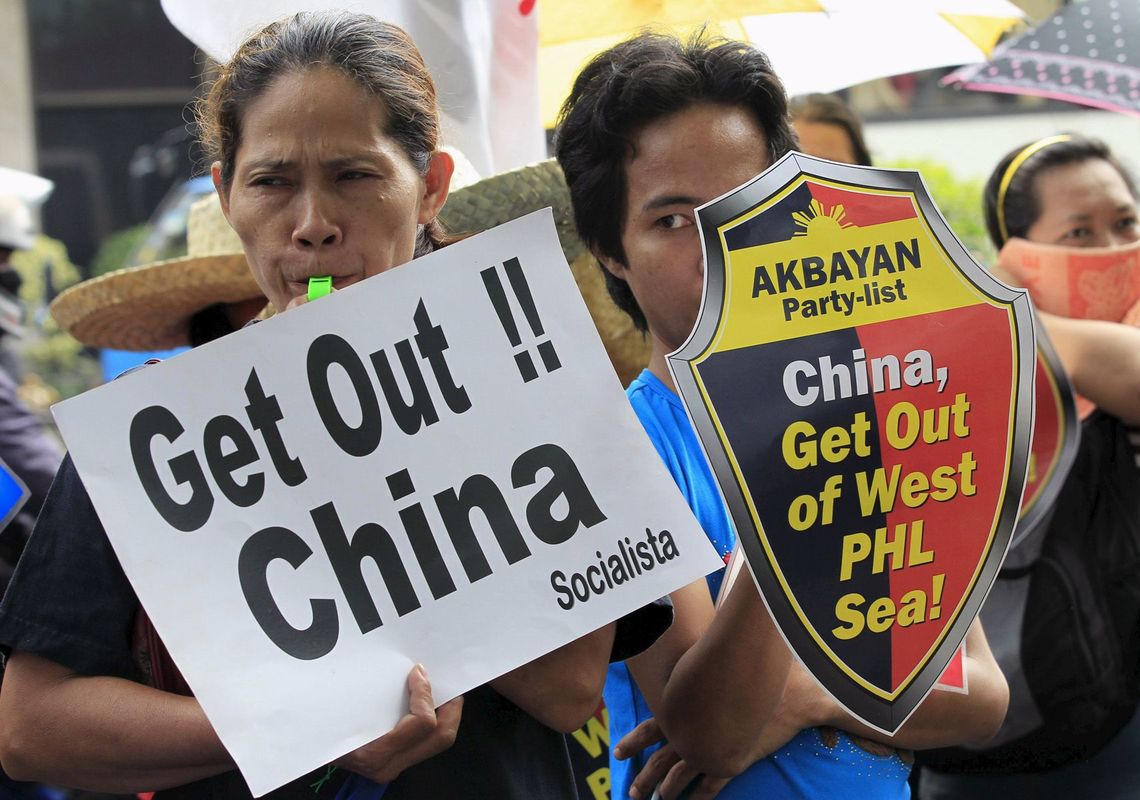 Tensions between China and its Southeast Asian neighbors escalating. (Photo by Romeo Ranoco/Reuters)

Once again, China’s territorial claims and construction of artificial islands in the South China Sea have dominated discussions at a meeting of Asian leaders, this time the East Asia Summit in Kuala Lumpur. And, once again, China has rebuffed all efforts to secure a multilateral agreement to end the protracted--and increasingly incendiary--standoff. Ironically, this stance threatens China’s interests most of all.

China obviously disagrees, which is why it is doubling down on its efforts to secure strategic hegemony in the South China Sea. Aiming to establish a fait accompli concerning its claims to sovereignty in the area, China has lately been engaged in concerted dredging and reclamation works on several reefs and shoals of the disputed Spratly Islands. And it has deployed military and paramilitary vessels and aircraft to the area, threatening freedom of navigation--something that US Secretary of State John Kerry firmly rejected in Kuala Lumpur.

America’s opposition to China’s activities in the South China Sea goes beyond words. The United States has made it clear that it intends to continue military patrols, both naval and aerial, in the waters and airspace being claimed by China. The U.S. is also discussing trilateral military cooperation with Japan and Australia, aimed specifically at reining in China.

And, although the U.S. is not explicitly supporting the Philippines in the legal case it has brought to the United Nations asserting that China’s claims are illegal under the Convention on the Law of the Sea, the complaint clearly has the tacit backing of most of the Philippines’ allies.

It is, of course, in the interest of the U.S., Japan, and other East Asian and Western Pacific countries to keep the area’s sea-lanes open and peaceful. An unstable South China Sea would impede the cost-effective transport of goods and materials that are vital to global supply chains, while disruptions to the flow of oil and natural gas from the Persian Gulf to Asian markets would prove particularly damaging.

But China, which is gambling so recklessly on the sea-lanes’ security, depends on them more than any other country. Indeed, countries other than China can avoid obstacles in the South China Sea by using sea-lanes around Indonesia’s southern flank--specifically, the Lombok, the Sape, or the Ombai Straits, then the Makassar Strait and the Philippine Sea.

That alternate route would be longer, but only slightly, and it would pose no navigational difficulties. And it would not force vessels to enter one of the world’s busiest chokepoints, the Strait of Malacca, which is fraught with safety and security risks, such as stranding and piracy. Given this, despite the obvious security benefits of a peaceful South China Sea, the openness of sea-lanes there does not amount to a vital strategic interest of the U.S., Japan, or any other extra-regional power.

China, however, is utterly dependent on these sea-lanes, because its economic-growth model relies on southern China’s export-oriented manufacturing industries, as well as the ports of Hong Kong, Shenzhen, and Guangzhou. Given that more than 40% of China’s GDP is attributable to exports, the disruption of vital sea-lanes could strangle the country’s economy.

This disparity represents an important opportunity for countries like the U.S. and Japan, which are trying to discipline a delinquent China in the South China Sea by demonstrating their overwhelming naval power and thus their capacity to deny China access to key sea-lanes.

Under the rubric of disaster relief, counter-terrorism efforts, or other non-traditional security cooperation, the U.S. and Japan could regularly dispatch flotillas and occasionally deploy major surface vessels such as aircraft carriers and amphibious assault ships. Such an approach would be enhanced considerably by the deployment in the region of submarines and antisubmarine patrol aircraft, an area in which the US and Japan are decades ahead of China.

Of course, neither the U.S. nor Japan wants an open confrontation with China. But something must be done to draw China’s attention to the simple fact that, through its destabilizing activities in the South China Sea, it is hurting itself most of all.

Because the U.S. and Japan have neither territorial claims in the South China Sea nor an interest in the natural resources--including oil, gas, and fisheries--that it contains, they are the ideal candidates to deliver this message and, one hopes, convince China to negotiate a multilateral security agreement.

With tensions between China and its Southeast Asian neighbors escalating and jeopardizing the security of the sea-lanes on which China depends, there is no time to waste. For its own sake, China must work with its neighbors to settle their conflicting territorial claims.

The Age of Megaprojects