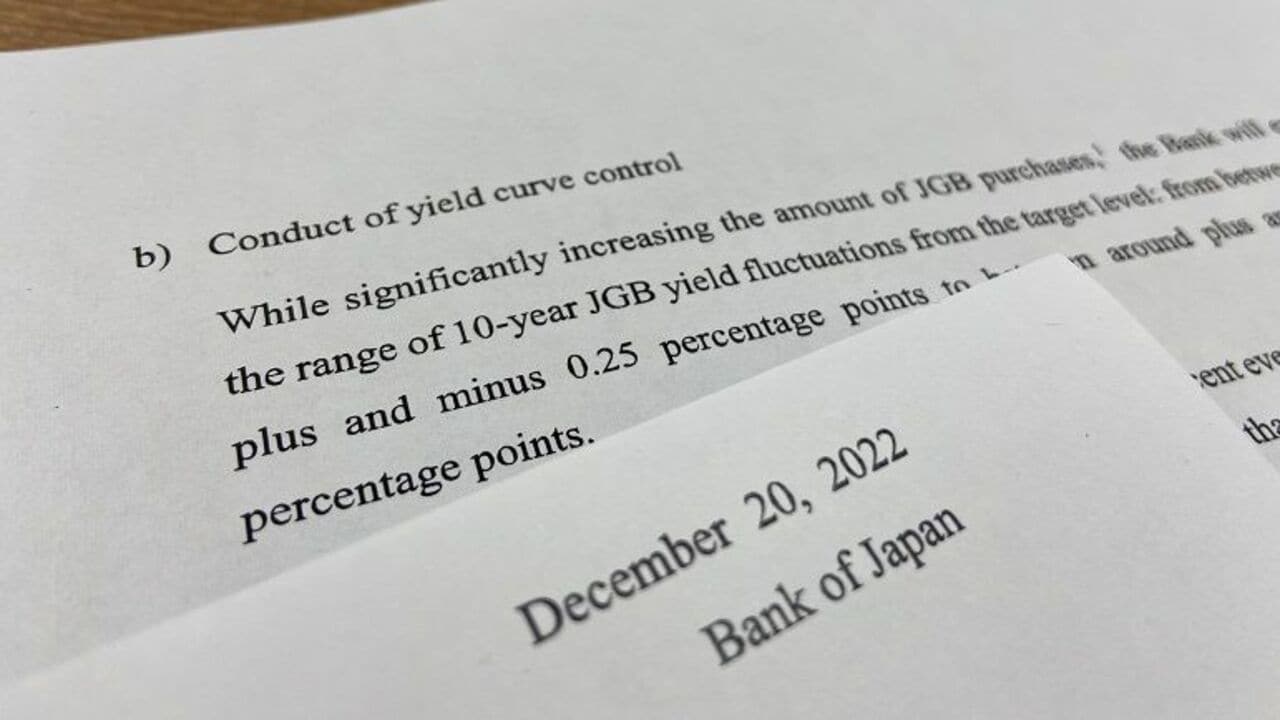 December 20, the Bank of Japan announcement surprised many market players.（Photo by Toyo Keizai Inc)
As global markets wind down for the Christmas holiday season, the Bank of Japan (BOJ) provided a huge surprise, raising its Yield Curve ceiling on asset purchases from 0.25% to 0.50%. This tweak to Yield Curve Control (YCC) could be significant as it heralds the beginning of a shift away from the ultra-accommodative monetary policy stance adopted during the tenure of Governor Haruhiko Kuroda.
We got a chance to speak with Mr. Mark Dowding, Chief Investment Officer of BlueBay Asset Management LLP, one of Europe's largest bond-managed hedge funds with over US$80 billion in assets under management. Why have they been taking the short position against Japanese Government Bonds (JGBs) since around spring in 2021 when the yen fell to around 130 yen against the dollar? And what was the performance of that?

（Note:this interview was conducted on December 21 in 2022）

BOJ announced the policy revision by the Bank of Japan to raise the volatility of long-term interest rates on December 20th yesterday. What is your thought on that and has this generated significant returns for your fund?

Yes, we were sufficiently prepared for this as we had a short position in JGBs across the different strategies that we are managing here at Blue Bay. If I look at yesterday, it was possibly one of the strongest days of performance for the year. It was a very nice performance

Regarding the detailed profits from the position, it is difficult to provide you with a specific number as the short JGB position is held across many funds with different strategies. It means the position size and exposure are different fund by fund. I would express the profits were significant.

Speaking about the news itself, you may be familiar. This is because we have been thinking for the last several months that the change in the BOJ's curve control was likely to be forthcoming. We thought that we'd reached a point where the Japanese economy was on a healthy trajectory as it exited the pandemic.

We've also seen inflation in Japan, continuing to move higher. And we've thought that YCC at 25 basis points was a policy that's no longer necessary. It's achieved its objective, and therefore, past its point of being useful.

There had been observing that YCC is a bit like running a fixed exchange rate regime, is that right?

Right, when central bank have a fixed exchange rate, they can't tell the market in advance that you're planning to devalue your currency. Or you'll end up with a lot of speculation against the peg in the same way that Bank of Japan couldn't pre announce that it was going to make a shift. Almost by definition, it needed to come as a surprise to the market.

So I actually feel that the BOJ has managed to pick their moment very carefully. I would sort of, say that it's much better for the BOJ to exit YCC or start to manage that process at a time when there's not a lot of speculation, because it feels like they can own the narrative in comparison to having to react to a lot of speculation, where it feels like they're being pressured, or almost into a policy retreat.

This way, I feel as if Kuroda-san has managed to pick a good moment to announce a policy change.

The other thing is that some people in Japan were expecting governor Kuroda to maintain the curve control until he left office at the end of March without making any adjustments and then leave changes to his successor.

This would be very bad policymaking effectively, handing all of the problems to your successor would actually make the job of the incoming BOJ governor in April a very difficult job. It's much more responsible. In order to have a seamless handover, Kuroda-san has started this process now.

We continue to run a short position

How do you see BOJ's policy in the future?

I would note that yesterday, the BOJ said that in Q1 they're going to increase their purchases of JGBs to 9 trillion yen per month. They've done this because they want to limit the amount of volatility in the market in the short term.

We think that in the short term, they're going to defend the cap about 50 basis points quite strongly and they're sending that as a signal.

But we do believe that because Japanese economic data and inflation figures are going to be better going into Q1, you will reach a point where Kuroda-san will be announcing a move higher in that yield cap to 75 basis points by the end of March.

This will ultimately set the scene for scrapping YCC altogether later in 2023 because it's no longer necessary. We're no longer dealing with the problem of deflation in Japan. Actually. It's more appropriate that the policy can start to normalize.

So in summary, I think that we would be congratulating the decision of the BOJ as being the right policy move. And it was certainly a policy move that we were anticipating and we were positioned for. 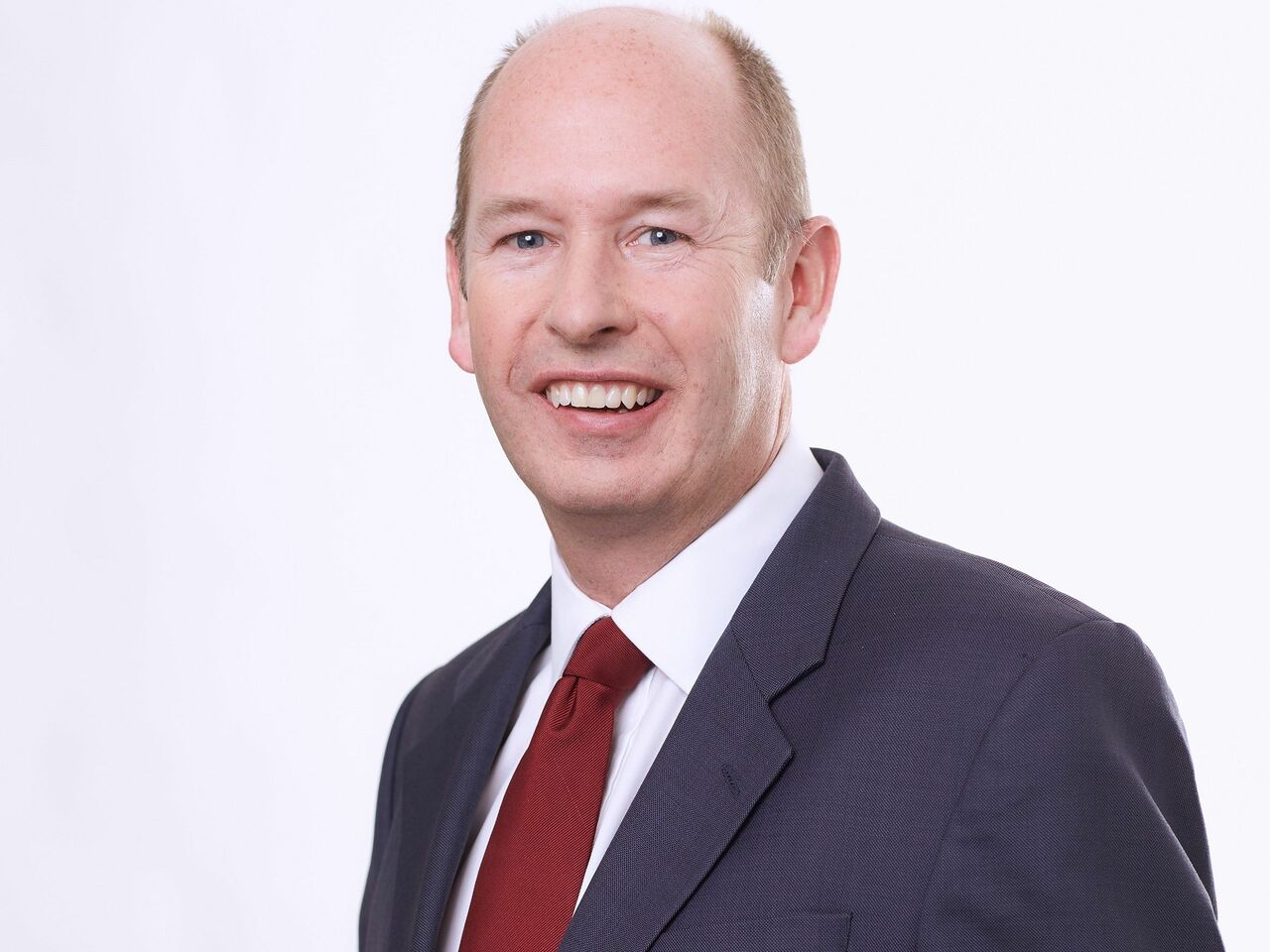 Mark is BlueBay's Chief Investment Officer. He has over 26 years' investment experience as a macro fixed income investor and has been a senior portfolio manager at BlueBay since he joined in August 2010. As a macro risk taker, Mark actively pursues an open dialogue with policy makers and opinion formers, believing that proprietary research is key to gaining insights in order to generate strong investment returns. Prior to joining BlueBay, Mark was Head of Fixed Income in Europe for Deutsche Asset Management, a role he previously occupied at Invesco. He started his career as a fixed income portfolio manager at Morgan Grenfell in 1993 and holds a BSc (Hons) in Economics from the University of Warwick.

Given your comments like the change in the BOJ governor next April and the prospect of achieving the 2% price stability target accompanying wage increases, what stance would your company take on JGBs from now?

As I was just saying, we think that the limit on yields will rise from 50 basis points to 75 basis points by the end of March.

Therefore, we think that Japanese yields are going to continue to move slowly higher. Consequently, we continue to run a short position in JGBs up to that point. We are sure via yen swaps and we're sure to cash JGBs in different strategies that we're managing.

Let me recap your strategy through this year. I understand that your short position in JGBs was partially reduced prior to the June BOJ meeting, but after that it has been increased again since then. Why did you make that choice during this time?

After the June meeting, we built the position back to the previous position size, once again as the yield moved lower. Then we've maintained that position we've just been waiting for. You'll have positions in portfolios, where you have a view, which is a relatively short term view here. We had a view on the outlook in Japan, it was more of a medium term view. So we had a position where we prepared to be patient.

We could afford to wait. We entered that position of what an average yield in the 10 year around 21 basis points. We were saying that we thought that even if our views were incorrect, we were not going to really lose any money.

Even if our analysis was, we thought that the yields would continue to stay at 21 basis points. But if we were correct, the opportunity to make money by yields moving higher, was relatively material. Clearly that's what we've managed to benefit from in a move like yesterday.

JGB is quite a compelling trade on a risk reward basis.

As one of Europe's largest bond-managed hedge funds with over US$80 billion in assets, how much exposure do you have to Japanese government bonds? How do you evaluate the value of JGBs as an investment in the overall portfolio?

The areas where we have exposure to Japanese government bonds are in our global bond mandates. Here, Japan comprises 15 to 20% of the benchmark and so ordinarily, if we had like, benchmark exposures, because we've got around sort of $10 billion or $15 billion in global bonds, we would normally have about $3 billion worth of JGBs exposure funds to today that figure is at zero.

Actually, we've incepted short positions for funds that can take an outright short position. So we have an absolute short exposure that we're running across our absolute return and hedge fund strategies. I would say that the position size is material, but you'll understand I'm not at liberty to give you an exact figure for how big the position is.

But as mentioned to you, I can say that a day like yesterday, the move that we saw yesterday, represents one of the best days that we've had performance-wise this year, in what has been a strong year of active returns for us. 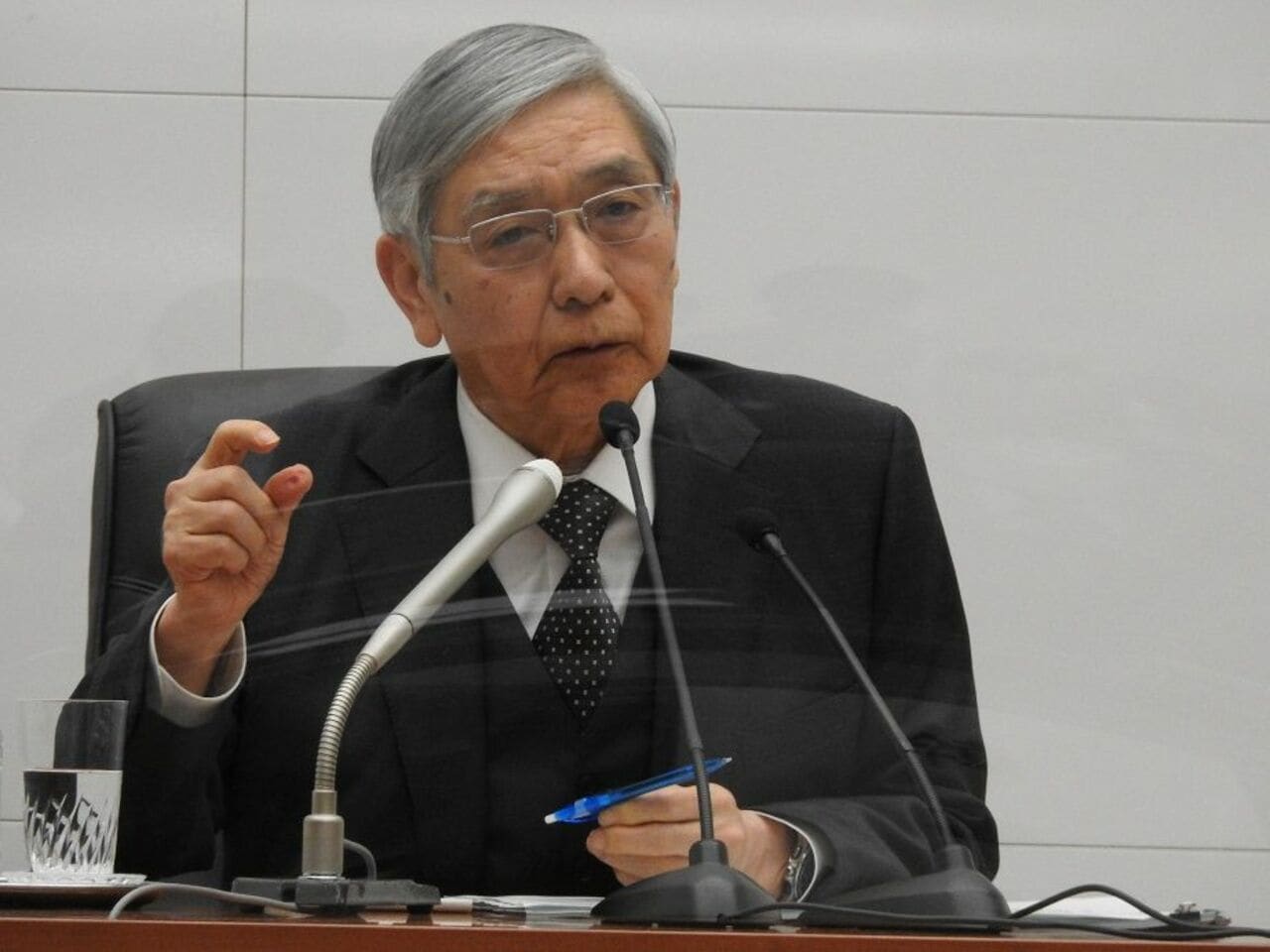 You state that "selling JGBs is an attractive trade" in the past interview. Eventually, did this review of YCC's operations become a big Christmas present for you?

Yeah. When I say it's an attractive trade, as I was just explaining to you, if the investment strategy works, we can make good profits. If the investment strategy does not work, I lose nothing. And so if I look at the probability weighted outcome, it's quite a compelling trade on a risk reward basis. And so that's why we will be referring to this as an attractive trade to be running.

Yesterday, where we stand today is the trade that we entered in the summer to short JGBs that has now generated material profits for our investors.

Nevertheless, the Bank of Japan's decision came out of the blue. No one could have predicted it in Japan.

Well, I would say to you that it was clear. It was clear that the Bank of Japan was going to be moving their policy, because if you're looking at the economic data, that drives central banks, you can see inflation moving up.

Analysis of the underlying fundamentals that will drive the Bank of Japan decision making would have led you to the conclusion that a policy change was going to be forthcoming. So, I would say to you, in many respects, this is actually very easy to predict. Getting the timing right is always a challenge. But you can see that the direction that policy was going to move in was going to be in this direction.

It must be a good Christmas present for you.