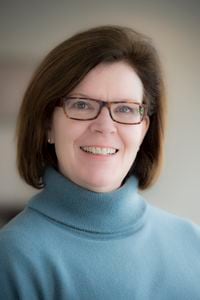 Sheila Smith is senior fellow for Japan studies at the Council on Foreign Relations (CFR). She joined CFR from the East-West Center in 2007.

She was a visiting scholar at Keio University in 2007-08, where she researched Japan’s foreign policy towards China, supported by the Abe Fellowship.

Smith has been a visiting researcher at two leading Japanese foreign and security policy think tanks, the Japan Institute of International Affairs and the Research Institute for Peace and Security, and at the University of Tokyo and the University of the Ryukyus.

She teaches as an adjunct professor at the Asian Studies Department of Georgetown University and serves on the board of its Journal of Asian Affairs. She earned her MA and PhD degrees from the department of political science at Columbia University.

Abe’s coalition retained its large majority, but the LDP lost a few seats, and the coalition did not gain much. So, what benefit does Abe garner from having called the election, and what, if any, price does he pay?

The aim was to extend the LDP-Komeito’s time in office, and in that, the prime minister has succeeded. This also means the party does not have to think of elections again (barring a no confidence vote) for years. The ruling coalition can now focus on its policy priorities through to next spring’s local elections.

I don’t see a price to be paid. Having set this election up with very low expectations (losing 30-40 seats), Abe has managed to create the impression of a landslide even as the coalition comes back almost at the same strength as when he went into the election. The difference is the LDP has 2 less and the Komeito has 4 more seats!

Is there any significance to the LDP having lost a few seats, given some speculation that the party might pick up quite a few?

When PM Abe called the election many of us thought the LDP would lose a lot more. The timing surprised everyone, and it was risky given that the snap election was initially associated with the consumption tax. But there would have been an election at some point; the question was simply when. The spring would have run into the local elections, and later than that would have probably been worse for the party – and for Abe. So he did it early, and that calculation has paid off. The LDP and Komeito are now set for another four years.

Does Komeito having gained some seats complicate the management of the coalition on controversial issues like collective self-defense and nuclear energy?

The Komeito now has to feel more confident about its role in the coalition. The work of the Komeito is already done for CSD. It has set the parameters in a way that limits the overall elasticity of reinterpretation. I expect it to continue to play this role while the legislation is reviewed next year. Similarly, Komeito will be an important player in managing local concerns about safety. Another area to watch Komeito is in Okinawa. No one can win the governor’s seat without Komeito, and so Komeito's relationship with Governor Onaga is also a factor here.

In some ways, does Komeito function as the de facto opposition party?

No, I think it plays a typical coalition role. In governing, Komeito’s influence does not override the policy priorities of the larger LDP, but it does need to be accommodated and as we saw this past year with collective self-defense, it can exercise significant shaping power through its implicit veto power. Its real power of course lies in its electoral value.

The electoral symbiosis between the LDP and Komeito can be exercised at election time, and the bargaining on the timing of this election reflected Komeito’s need to avoid running into the local elections next spring. Most LDP candidates today in SMDs rely too on the mobilizing power of the Komei party and its affiliate the Sokka Gakkai. In difficult spots, Komeito needs to be on board to win. The LDP cannot simply get rid of it; there is far too much co-dependence.

Where does the DPJ go from here?

The DPJ came out of this election with a respectable performance, but some of its members suffered. Kaieda’s loss is symbolically important, but it opens the way to a new leadership race. This is where we should watch to see what the future direction of the party is. I expect a full-throated debate within the DPJ about the party’s identity: who it is, who it wants to be, and how to unify its ambitions to allow it to grow again. Some think the DPJ brand is too tarnished. I don’t think so. I think now is the time for it to pick itself up, and fight for what it believes in. To do that, it will need focus, and above all unity of purpose. Thus this next leadership election will be critical.

What is the significance of the very conservative PFG being virtually wiped out?

I think that is perhaps the most interesting outcome of this election. Despite its name, this party really was largely anachronistic rather than aspirational. It was small, and comprised of a number of politicians with idiosyncratic views on Japan. This election revealed just how out of step it was with Japanese popular opinion.

By contrast, the JCP did very well. Why?

Two reasons. One is its emerging role as a credible brake on government policy. We saw that in the Tokyo gubernatorial election. Many Japanese have been disappointed with the opposition parties’ inability to advocate and compete with the stronger LDP. The JCP they know will say NO – on nuclear power, on the consumption tax, on collective self-defense. Second, the JCP played a crucial role in this election because it could mobilize candidates for virtually all districts. It could not really compete – but drew off the votes of those who wanted to oppose the LDP. For the first time since redistricting, it managed to win an SMD. In the proportional seats, where we expected the Japanese voter to punish the LDP, it won 20 seats. It now can sponsor legislation in the Diet, and I expect it to continue to grow in relevance as a serious veto player in parliamentary discussions.

――Does the record low turnout have any immediate implications?

It tempers the LDP-Komei claims of a landslide. Claims of victory must take into account the fact that only half of the public cared enough to register their views. And the LDP-Komeito coalition got only a portion of that 52%.... so the bulk of the Japanese public are not openly supportive of their leadership. That will inform the government’s ambitions, to be sure.

――Will the election results have any policy implications? For example, trade and TPP: Is it now easier for Abe to push for reform? Or, might this strengthen his hand vis a vis the US to resist reform?

I think the 3rd Abe Cabinet now has some momentum if it wants to use it. It will not get stronger, and so Abe can use this moment to push if it chooses. The underlying trade-offs, including the political costs, will be easier to cope with now.

――What about collective self-defense? Is Abe’s hand strengthened or weakened in the upcoming battles over CSD legislation?

This legislative revision cannot happen until next year. There is work to be done before the bills will be ready for parliamentary deliberation. I expect summer at the earliest, and maybe even next fall. Unlike TPP, this will require a more careful and synchronized effort at writing the laws, and the parliamentary debate will cover yet again the territory discussed last summer. What missions? Why these missions? How much civilian control will be exercised? In the alliance, will Japan retain its sovereign discretion over the use of force decisions? How will the government determine what is in Japan’s security interests, especially for missions far from Japanese territory?

――Will Abe push ahead with nuclear energy?

I don’t think any Japanese leader can push. It will take place in discussions between the new regulatory agency, the PM’s office and each locality. It will be an incremental process, and inherently popular demands for greater demonstrable safety will mean this will be carefully managed.

――Will Tokyo change its approach to Okinawa, or just push ahead with Henoko-FRF?

This is the hardest to read. I don’t expect the government to change its stance, and so all attention now will be on Governor Onaga and how this Diet election shapes his approach. The landfill permit is being reexamined, but he needs to determine whether or not he will seek to overturn it. I think the balance within Okinawa is now different, but it is the Governor’s role that matters in terms of shaping implementation of the government plan. Chief Cabinet Secretary Suga will continue to lead the Abe Cabinet’s discussions with the governor.

Pacific Bluefin Tuna to Be Listed on the "Red List"