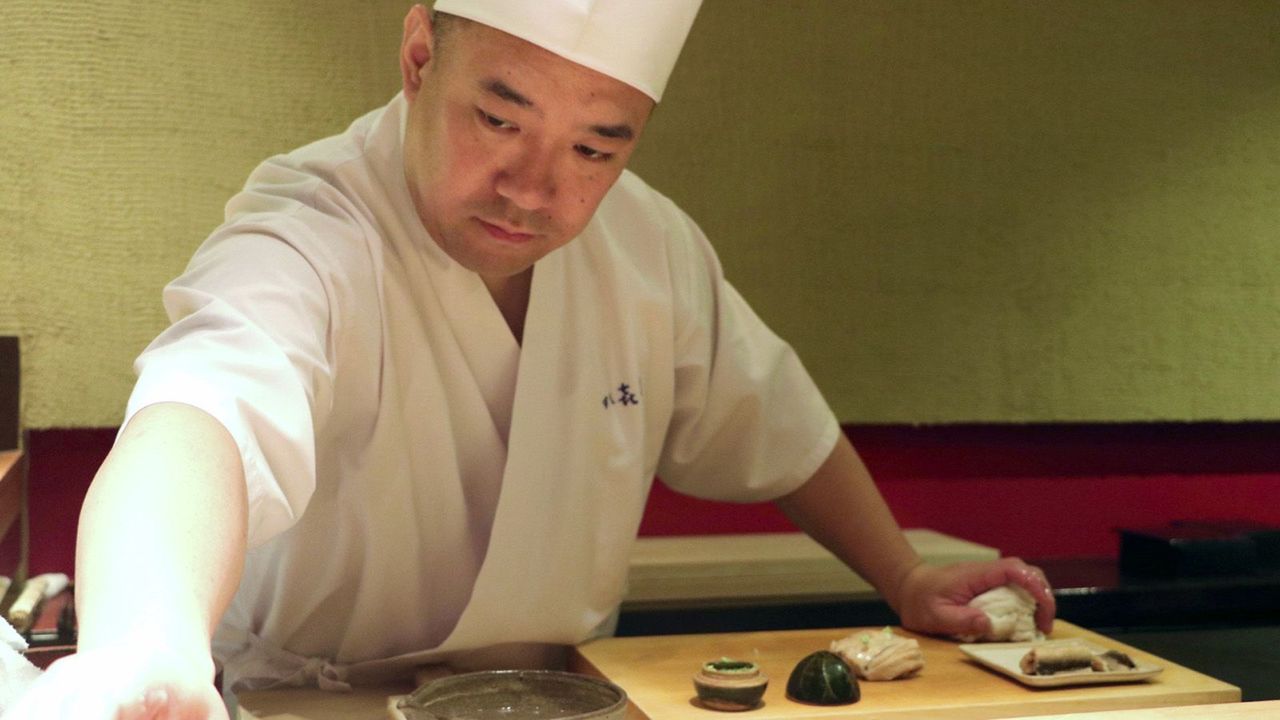 Chef Yasushi Kimura enjoys conversation over the sushi counter with his regulars, but his demeanor becomes much more serious when he is crafting and presenting sushi to his customers. (2016 Hiroko Shimbo)

This story begins 20 years ago.

Iio Jozo is the most honest and respected rice vinegar producer in Japan. It's not just the company's exceptional tasting rice vinegar, but most important, its vinegar is safe to consume. Here's what I mean.

Tsuyoshi's father, Terunosuke Iio, was a visionary president of the company. During the 1950s, Japan became caught up in rapid postwar economic development. The use of strong agricultural chemicals -- to increase and speed up the production -- became the norm. But soon tadpoles, wild insects and animals disappeared from rice paddies. Farmers suffered from mysterious diseases.

At that time, Terunosuke Iio read the Japanese translation of Rachel Carson's "Silent Spring" and decided he wanted to use only organic rice in his vinegar production. But it took him two years to persuade enough farmers to agree to raise rice organically. All the farmers were aware of the toxic influence of chemicals, but most could not be persuaded to return to the labor intensive, chemical-free farming practices.

Today Iio Jozo Company is run by an energetic fifth-generation president, Akihito Iio. It has been producing 3- to 5-year-aged Akasu for years. Recently the company began aging it up to 15 years, upon receiving a request from a sushi chef in Nagoya Prefecture.

A complete, miraculous transition -- this was my experience at Sushi Kimora, a tiny seven counter-seat sushi bar restaurant in Futako Tamagawa, just one hour from central Tokyo by train.

At this restaurant, Chef Yasushi Kimura has developed a special kind of nigiri sushi.

He uses fish that has been cured and aged -- some up to 90 days. This aged fish does not spoil nor become stinky; it acquires much umami and a quite tender texture.

After opening his small restaurant, he waited for customers night after night, for weeks. The fresh fish he had purchased and prepared did not keep for long. "There were lots of waste," he said.

Instead of giving up, Kimura was determined to find out how long he could age and improve the fish. Bleeding, salting, de-salting, shaving the surface, observing -- every day for months his hard work brought him to a startling accomplishment. He successfully produced delicious, safe-to-eat fish through aging up to 90 days. 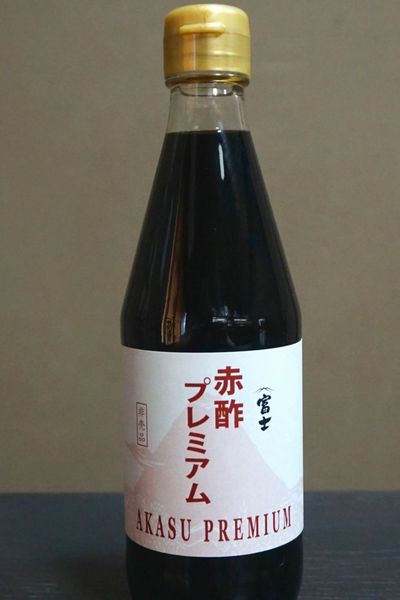 Iio Jozo's Akasu, the best and only long-aged sake lees vinegar in Japan.

The use of Akasu in the preparation of sushi rice produces a distinctive, strong yeasty fragrance and taste, and a faint reddish brown color. Akasu was made from sake lees, the solids left over from fermenting rice to make sake; it was the vinegar used at the time of the invention of nigiri sushi in the city of Edo.

And, thus the marriage of two unique businesses -- Kimura Sushi's aged fish and Iio Jozo's Akasu. Together they produce a new dining experience, one with deep historical roots.

A harmony of flavors

For my meal at Kimura Sushi, I began with 10-day aged shiro-amadai (white horsehead) on top of a small squeeze of sushi rice. It was tender and sweet with a surprising touch of firmness.

Fourteen-day aged kinme (alfonsino) was melting tender with umami that was further elevated by the Akasu. To my surprise, kinme loses two-thirds of its original weight during the aging process. 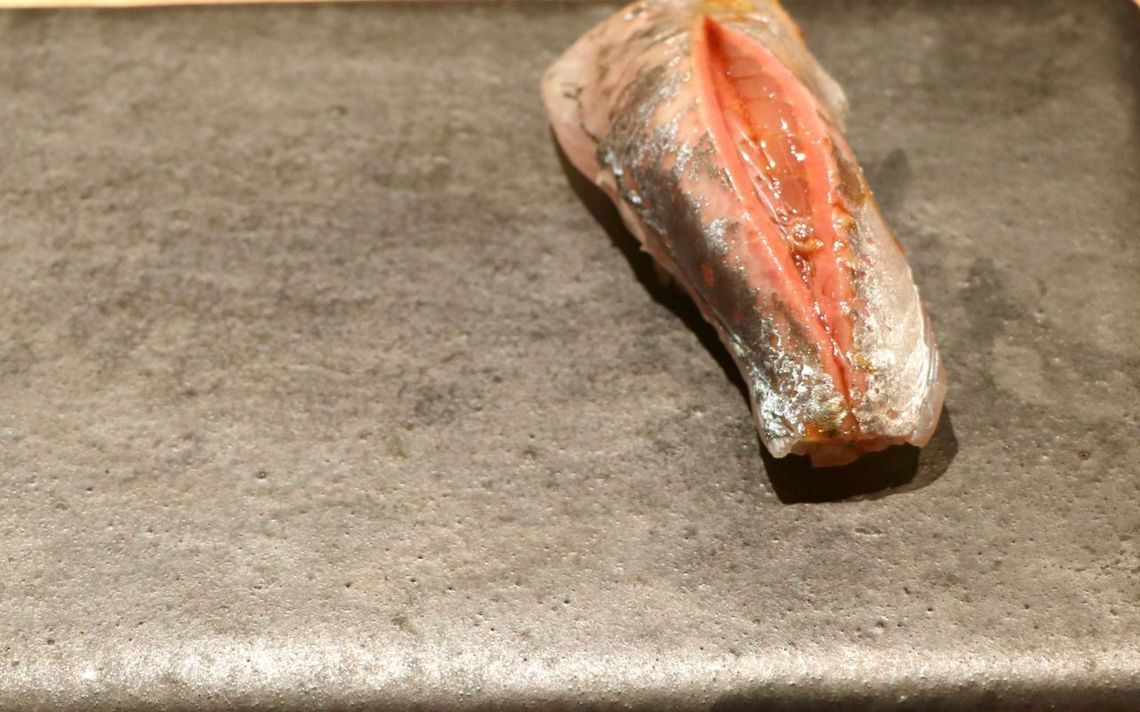 Aji (horse mackerel) fresh, not aged, from Wakayama Prefecture. Aji is an oily fish, so the sushi is always topped with a mound of grated ginger and thinly sliced chives as a mouth refresher. But Chef Kimura hides the ginger and chives between the fish and sushi rice. He says, "Those condiments are unnecessary for our eyes. Our taste and texture sensors enjoy the harmony of the fish and the condiments only in our mouth.

But the climax was unthinkable before my visit: 60-day aged makajiki (striped marlin). 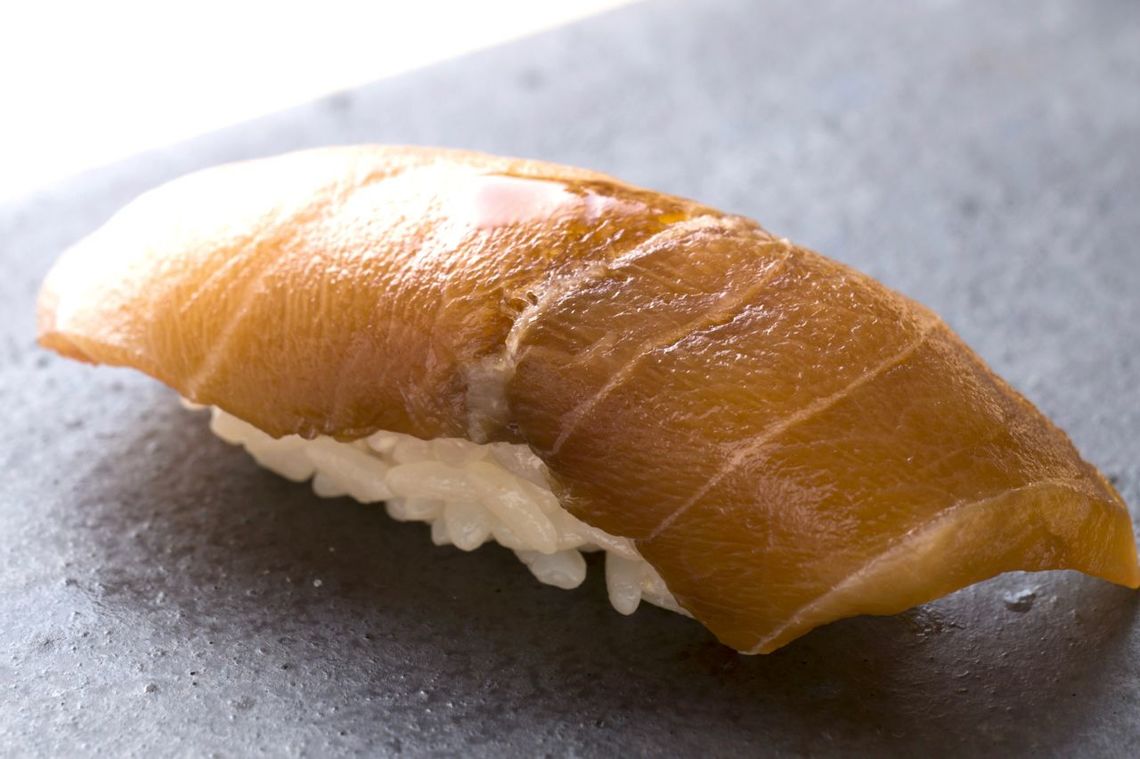 I closed my eyes to concentrate all of my senses on the fish. Caramel, coffee, cream, sweet... a miraculous harmony of flavors swept through my mouth. Aging matters -- probably it's much better for the fish than for me.

The 15 Best Breakfast Spots in Tsukiji