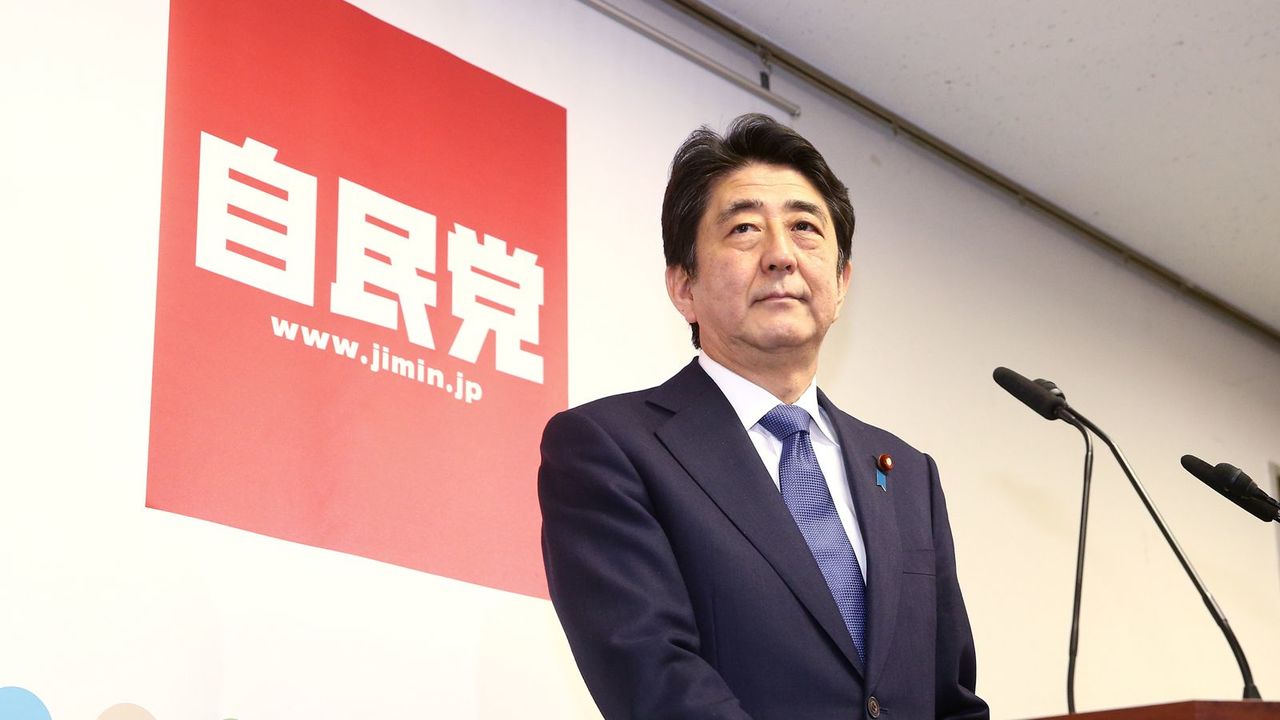 It is time to face reality. Abenomics, the economic policies advocated by Japanese Prime Minister Shinzo Abe, are a failure, and we must start formulating remedial policies in response. I have tried to convey, in as rational a manner as possible, why the more than three years of Abenomics policy in Japan has been a disaster. This is evidenced by the following four realities:

1. Even though depreciation of the yen has boosted corporate profits, real wages have declined, leading to a slowdown in domestic consumption.

2. Disparities between large companies, small to mid-sized companies, and also between major urban centers and outlying regions are growing in a stratified fashion.

3. Due to an unfavorable outlook for the global economic climate (excluding the United States), mere depreciation of the yen has not been enough to achieve desired export increases.

4. From the standpoint of the labor share, no trickle-down or other such benefits can be expected.

Let's start by looking at item 1—yen depreciation. Even though weakening of the yen has brought about initial profit boosts for Japanese corporations, gross domestic product (GDP) growth has stalled. This is because household disposable income has declined due to imported inflation occurring in proportion to corporate profit growth brought about by a weakened yen. This has led to stagnant consumer spending—the same consumer spending that accounts for more than 60% of Japan's GDP.

GDP exhibited a three-year average growth rate of 1.7% during the period from 2010 to 2012, when the Democratic Party of Japan (DPJ) was the ruling party. In contrast, the period from 2013 to 2015, during the Abe Administration, displayed a meager 0.6% three-year average growth rate. Furthermore, real wages grew a cumulative 0.5% during the three-year DPJ era, whereas they have actually dropped a cumulative 4.6% during Abe's three years. I do not mean to suggest that the DPJ's economic policies were superior to that of the Abe Administration; rather, I strongly emphasize that inflationary policy, which relies on monetary easing, is ineffective.

Regarding item 2—increasing financial disparities—a majority of Japanese mid-sized and small companies have found themselves unable to boost wages, particularly following the 2014 import inflation and the rising costs that came with it. Additionally, real wages have been on the rise at most companies in major urban centers since 2013, while a majority of real wages in less populous parts of the country has simultaneously experienced major declines.

It is also important to note that real wage surveys do not include businesses with less than five employees—where the effects of real wage declines are the most severe. This means that wage and income woes are likely much worse in reality than these already dismal statistics make them appear.

Then there's item 3—reasons behind the country's failure to boost exports. Even during tough times when the yen was strong, Japanese companies patiently endured, refraining from hiking prices overseas in order to maintain their market shares in those countries. Furthermore, when the yen became significantly weaker, these companies refrained from implementing major price cuts, with price reductions being limited to the 5%–10% range even when the yen depreciated by 20% or 30%.

The absence of trickle-down benefits

Finally, let's examine item 4, the absence of trickle-down benefits. Abenomics was built around the expectation that increased corporate profits brought about by the weak yen would encourage wage increases, capital investment, and other such actions by large corporations. This was intended to have a trickle-down effect that would pass said profits to small and mid-sized companies as well as less populous outlying regions. However, the labor share from small and mid-sized companies was already high, meaning that increasing wages was very difficult to begin with.

The foolish economic experiment outlined above is based on Paul Krugman's theory about raising inflationary expectations, which completely confuses cause and effect. Despite this fatal flaw, academic proponents of reflation have convinced Prime Minster Abe that this approach is correct. In real-life economics, mere increases in commodity prices will not lead to a better economic outlook and more prosperous lives for citizens; rather, rising prices must occur as the result of economic growth. In a rational world, one cannot simply reverse the cause and effect sides of a relationship.

Unfortunately, the reflationists, upon whose theories Krugman's proposals were founded, have refused to acknowledge the failure of their approach, leaving the Abe Administration incapable of determining a new course of action toward recovery. Abenomics has not only failed to make the lives of Japanese citizens better, it has actually made their lives worse.

What Japan needs now is structural reform—a growth strategy—similar to that deployed by Germany's former chancellor Gerhard Schröder—despite citizen opposition. Japanese politicians tend to focus on securing popularity over the short term, and no prime minister since the Koizumi Administration (2001–2006) has shown real interest in pursuing growth strategy. Numerous administrations have offered growth policies designed to please everyone and ultimately earn support, but few have actually pursued policies that were truly useful to the country.

Which Job's Population Grew/Dropped the Most in Japan?