The 23rd Governor of the Reserve Bank of India, the central bank of India. Chief economist at the International Monetary Fund from 2003 to 2007, the youngest to occupy the position 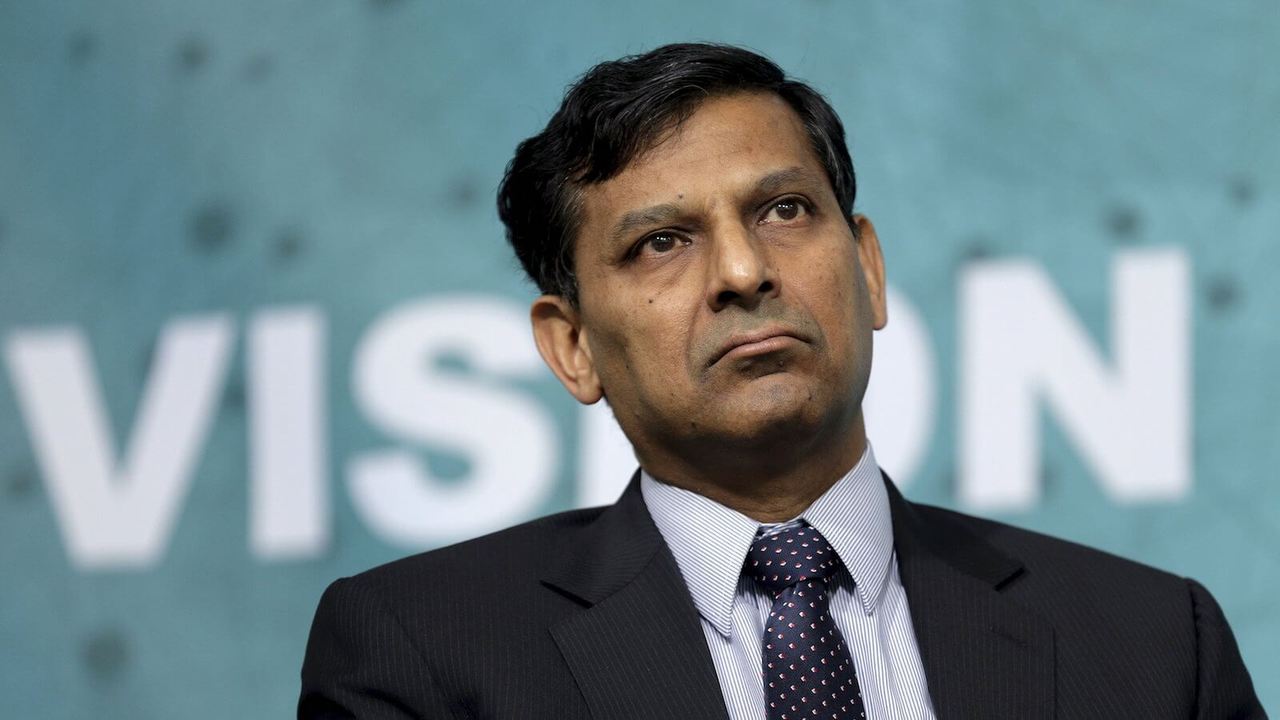 What is the vision of Rajan, Governor of the central bank of India (Photo: Reuters/Joshua Roberts）

MUMBAI – In their efforts to stimulate demand by pursuing increasingly aggressive monetary policies, advanced economies have been imposing risks on emerging-market countries such as India. Indeed, one day we face surging capital inflows, as investors go into “risk-on” mode, and outflows the next as they switch risk off.

India has responded to this external volatility by trying to create a domestic platform of macroeconomic stability on which to build growth. India’s latest central budget emphasizes fiscal prudence, adheres to past commitments, and aims at structural reforms, especially in agriculture.

Fiscal consolidation has also helped to keep the current-account deficit under 1% of GDP. Moreover, inflation has been brought within the official target range. And parliament has created a monetary-policy committee for the Reserve Bank of India (RBI), which should ensure that multiple views are embedded in policy and improve continuity.

We must also address banks’ non-performing loans so that their balance sheets have room for new lending. Unlike more developed countries, India does not have an effective bankruptcy system (though a bill to create one has just cleared the lower house of Parliament). But, using some “out-of-court resolution” mechanisms devised by the RBI, and with capital support from the government, banks should have well-provisioned balance sheets by March 2017.

Perhaps the hardest challenge has been to persuade the public, impatient for rapid growth, of the need to ensure stability first. Growth, it is argued, is always more important, regardless of the looming economic risks. Yet, despite the focus on stability, inhospitable global growth conditions, and two successive droughts (any of which would have thrown the economy into a tailspin in the past), growth is above 7%.

The task is to build on this base. For the first time in decades, global trade has grown more slowly than global output. As countries become richer, non-traded services constitute a greater share of output, causing GDP to grow faster than trade, while global overcapacity has restrained trade growth further.

And, as advanced economies become more competitive, and as China moves up the value chain, more inputs are being sourced within countries. For all these reasons, the heady days of double-digit growth in Indian trade in goods and services will not return soon.

Many emerging markets have been hit by lower prices for their commodity exports, but India’s exports of goods seem to be doing worse recently than those of other emerging markets.

At the same time, India’s exports of services are doing somewhat better, perhaps because of demand from the United States. Of course, these differences are over very short periods, so it is probably unwise to draw too many conclusions – except that India is not alone in suffering a fall-off in trade

That does not stop industry bodies from demanding that the authorities “do something” – especially by lowering the value of the rupee. The rupee seems to have weakened by about 6% against the dollar since the beginning of 2015. This depreciation should have helped our merchandise exports, and yet it coincides with their relative underperformance, because other currencies have depreciated against the dollar, too.

For this reason, economists focus on the “nominal effective exchange rate,” which compares the rupee’s value to that of other currencies by weighing their share in trade. In trade-weighted terms, the rupee has remained relatively flat since early 2015.

That said, inflation in India is higher than in most other countries. If a widget cost a dollar to make a year ago in the U.S., and cost 63 rupees to make in India, the Indian producer would have been competitive with the U.S. because the dollar was worth 63 rupees. But if inflation in India is 5% and zero in the U.S., it will cost the Indian manufacturer 66.2 rupees to make it today – and still just a dollar for American competitors.

But exchange rates are only one measure of competitiveness. Productivity also matters. In a rich country, firms typically can improve productivity only through innovation. In India, productivity can be improved simply by building a better road from a factory to the railhead. Much of the appreciation in the real exchange rate is offset by increased productivity. India’s trade has certainly been slowing – but not necessarily because of the rupee’s value.

Non-economists typically advocate a strong rupee: Not only does it convey national strength, but it also allows one to buy more stuff when one travels abroad, and imports are cheaper. Of course, it is precisely because domestic tourism and production are disadvantaged relative to tourism and production abroad that many economists prefer a weak rupee. Yet these modern-day mercantilists do not acknowledge that undervaluation is a subsidy to India’s producers, financed by India’s consumers and savers.

The ideal exchange rate for India is neither strong nor weak; it is the “Goldilocks rate” produced by market forces, with the RBI focusing on attracting long-term capital inflows and intervening only to maintain orderly movement of the rupee versus other currencies. To ensure such an orderly market, in good times we must resist the temptation to open up too much to short-term foreign-currency debt.

Our rules now encourage investors in infrastructure and other projects with limited foreign earnings to issue Masala bonds (whereby Indian companies can borrow abroad in rupees), or to borrow long term, thereby limiting their risk when the exchange rate moves against them.

So if the exchange rate is unlikely to be helpful, how should India export more? The answer is to improve productivity with better infrastructure; improve human capital with better schools, colleges, and vocational and on-the-job training; simplify business regulation and taxation; and improve access to finance.

I am often asked, “Which industries should we encourage?” I would say that “encouraging” any industry may be the surest way of killing it. Our job as policymakers is to enable business activity, not to dictate its course.