Can the Prince of Toyota Further Expand His Kingdom? 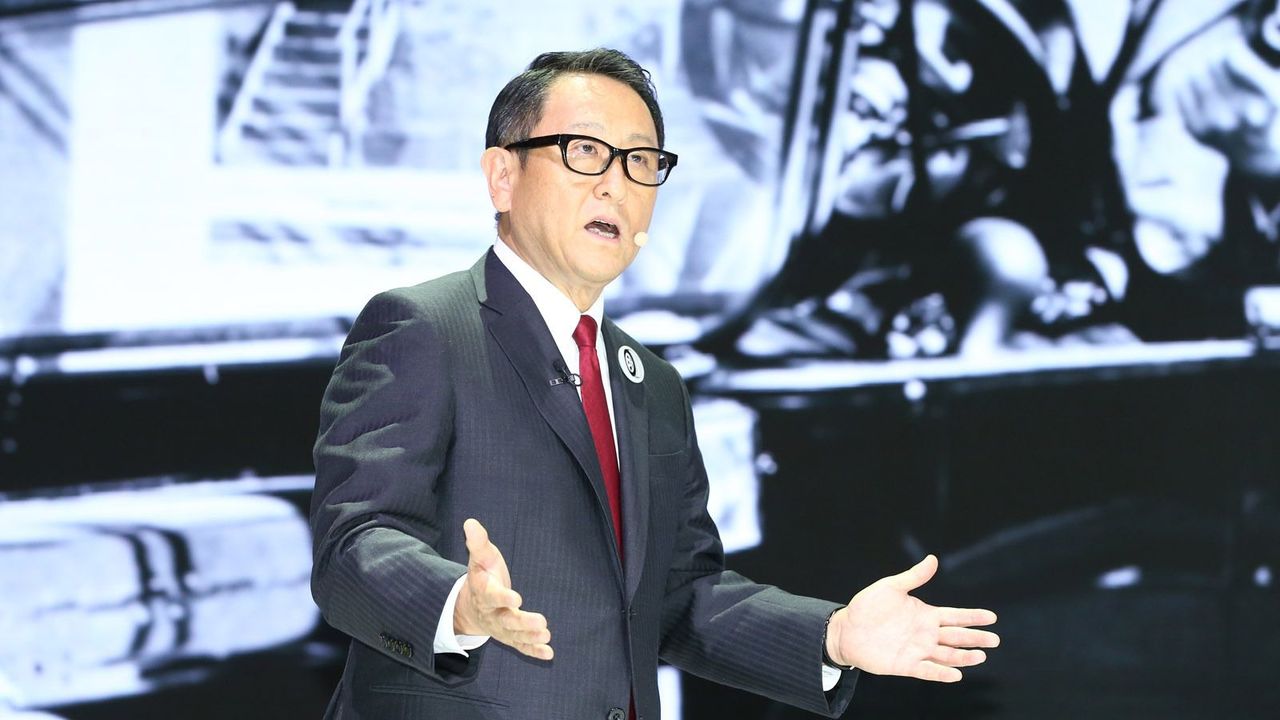 On February 24, the air flowing in and out of the Kariya plant of Aichi Steel was thick with tension. The executive and staff members of the steelmaking arm of Toyota Motors could not help but get a little stiff while waiting for the arrival of their president and CEO, Akio Toyoda.

The purpose of Akio’s visit to the subsidiary was very specific this time—he wanted to see an old shack preserved on the plant’s premises with his own eyes. This was the building used in 1935 as the shop floor where workers built the steel parts of the first prototype car developed in Japan.

But not many people—including the employees and insiders of this multinational conglomerate—know that this old shack in Kariya Plant was as sacred to the Toyoda family as the aforementioned automobile department widely acknowledged as the birthplace of this automaker.

Not knowing that this shack had such historical value, the plant had been using it for a long time as just another old warehouse. Then in 2012, plant employees all scrambled to clean up the place when they heard that Akio’s father and honorary chairman of Toyota Motors, Shoichiro Toyoda, was coming to pay tribute.

Shoichiro revisited the shack this January because he heard that it was going to be dismantled at the end of February for safety reasons; it was never made earthquake-resistant. Toyota chairman Takeshi Uchiyamada followed suit in mid-February and strongly suggested that Akio do the same.

Listening to Uchiyamada, who insisted, “You definitely have to see the living proof with your own eyes before it’s gone,” Akio decided to free up a few hours in his hectic schedule in the last week of February. The president later recalled the visit, saying, “I got chills when I stepped into the warehouse. It was filled with the aura of the founding era of our company.”

Japan battled to become an economic superpower by riding on the backs of two key industries: automobiles and electronics. Those areas have long been the two wheels on an axle that pushed the country into the global arena.

The domestic automotive industry led by Toyota has managed to maintain its momentum to this day, with many players reaping record-high profits thanks to the exchange rate benefits of a weaker yen that began depreciating at the end of 2012. This was an immense help in facilitating the expansion of their global sales.

But one of the wheels is no longer rolling very fast. The recent decline of two electronic giants, Toshiba and Sharp, are indicative of the accelerating downturn of this industry. As a result, the Japanese economy is becoming more and more dependent on the success of its automotive industry—in other words, the leadership of Toyota as the robust navigator of a promising future.

Having said that, the business environment for Japanese automakers is rapidly changing. The yen has stopped depreciating and is now trending strongly. The lackluster economic performance of emerging nations is cooling the demand for Japanese vehicles in their markets.

Environmental regulations are getting stricter, imposing tougher long-term challenges on car manufacturers. The advent of new technologies like the auto-cruise system is changing the game—and the names of the top competitors in the big league.

Toyota now has to defend its global position not only from old-timers like Volkswagen, General Motors, and emerging rivals like Hyundai, but also from non-automotive competitors like Google, Apple, and various other new ventures that have not surfaced yet.

The future of Toyota is now in the hands of Akio Toyoda. As the grandson of the founder, Kiichiro, he began ruling the auto kingdom in June 2009. For nearly seven years, he has constantly been exposed to the cynical eyes cast on him as the hereditary successor, even though he only holds 0.1% of the company’s shares.

In fact, the total company shares held by the entire Toyoda family is limited to a meager 1% or so. In other words, Toyoda may be the founding family, but certainly plays no part in owning the company.

Not only has Akio been vilified, but he has also been mocked, particularly during the beginning of his term as CEO. When he tearfully spoke at the public hearing before American government officials to defend Toyota’s position after the US market recall, he left the impression of being a “weakling.”

Since then, he has been called many names, both good and bad: dictator, autocrat, palanquin, figurehead. One of the reasons why Akio’s image as a business leader is difficult to pin down is because his leadership style is unorthodox.

The encouragement he gives to his employees is mostly sugarcoated, like, “Let’s make better cars!” and “Let’s stand in the batter’s box!” They lack substance. Unlike many business leaders, he almost never talks about specific figures like targeted sales volume, profit, or ROE.

Instead, Akio opts to participate in road races as a test driver and appears on fashion magazines and entertainment TV shows to chat with celebrities and athletes. This type of unpretentious demeanor in one of the top industrial leaders is encouraging the public to look at him through tinted glasses and is generating rumors that the current Toyota head may just be “ a show-off” or that he is “surrounding himself with only yes-men.”

Mastermind behind the management reconstruction

Nevertheless, amid such varying speculations from puzzled onlookers, Akio has been able to save the company from drowning when its financial statements dipped into the red in 2008 (fiscal year ending March 2009). Akio also overcame a series of critical situations caused by the Great East Japan Earthquake, the flood in Thailand that seriously damaged its local production bases, and the boycott movement that arose in China.

Whether or not the latest financial statements for fiscal 2015 (which just ended in March) will show that the company was capable of sustaining its strong performance for another year remains to be seen.

The explosion accident that occurred at Aichi Steel’s Chita plant this February led to a serious supply shortage, forcing all domestic automotive plants under the parent company to suspend their operations for a week. Exchange rate benefits can no longer be expected, as the yen is clearly trending toward appreciation once again.

But despite the series of setbacks clouding the business climate, Toyota’s position still remains firm as one of the most profitable automakers in the world, if not the top already.

Some say that Akio was just lucky to be blessed with positive business results for the last few years because of favorable business conditions like the weaker yen, so the success had very little to do with his administrative competency.

However, others praise his leadership for redefining Toyota’s car-making concept from its basic roots and radically transforming the brand strategy of its premium high-end model, the Lexus.

For those interested in finding out for themselves whether the 11th president from the Toyoda family is an underestimated or overrated heir to the vast kingdom his ancestors have built, a solid reference source has recently been released.

The Weekly Toyo Keizai April 4th edition is running a 14-page interview article about President Akio Toyoda, becoming the first financial magazine to publish his thoughts as told in his own words. The segment is filled with ideas and anecdotes that help to explain what made him who he is today—the commander in chief of the world’s top automaker shouldering the mission to lead the entire Japanese economy, not just as a test driver, but as a reliable, far-sighted business leader.