Getting into space is an expensive business.

It will use the oxygen already present in the atmosphere instead of having to carry an on-board oxidiser, such as liquid oxygen. 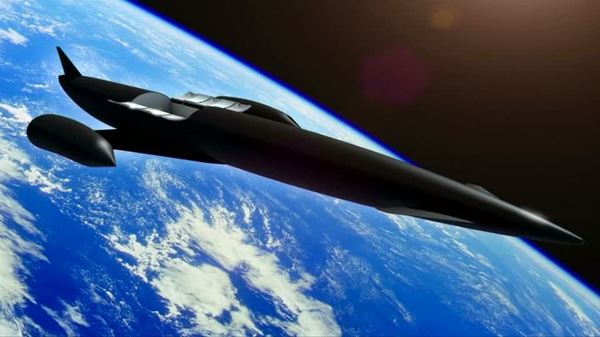 But at those speeds, the temperature coming in at the front of the engine is a thousand degrees Celsius

The unique pre-cooler technology inside SABRE solves this problem, and is a world first, according to Reaction Engines.

"Essentially, it is an extremely efficient heat exchanging system, which will effectively mount on the front of our new engine design and very efficiently cool incoming air of a very high temperature of about a thousand degrees C [Centigrade], to minus 150 degrees C in a fraction of a second; approximately one-hundredth of a second."

A SABRE-powered vehicle like their Skylon concept design won't need to carry hundreds of tons of on-board oxidant on its way to orbit. Nor will it require costly first-stage rockets that are jettisoned once the oxidant is used up.

It currently costs about 100 million dollars to launch a craft into space. Reaction Engines says their technology would reduce this by a factor of ten.

And it could eventually lead to the next generation of hypersonic commercial aircraft.

"The concept of a re-usable space plane is the Holy Grail of space access. But... the range of operation is extraordinary. There's not another engine anywhere in the world even in people's imagination that can achieve that range of operation."

The company has received more than 100 million dollars of funding from BAE Systems and the British government.

They're aiming for a full engine demonstration by the end of the decade... with plans to then start work on a re-usable spaceplane.