Scientists on Quest for Friction-free Oil

Oil is like the blood of an engine, and it's vital for reducing the friction triggered by metal-to-metal contact.

BP says engine friction costs the UK economy billions of pounds each year in lost efficiency and damage though wear and tear. 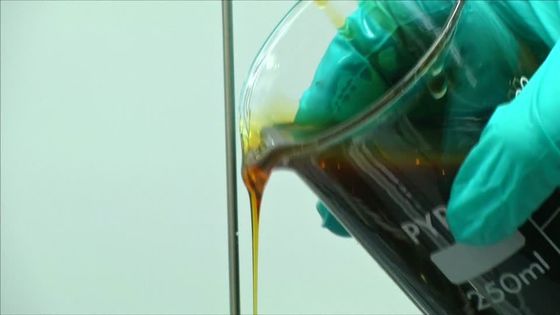 This can in turn increase CO2 emissions.

"...simply put, that's the pressure within an engine. In an engine it's full of metal parts; the oil's primary job is to keep those metal parts apart from one another. So it has to be really strong under these high pressure environments. Now an engine maybe 20 years ago was maybe making 10 bar of pressure, today; 20 bar. So engine pressures have doubled."

Using molecular science, the team at BP can see the damage caused by friction and fuel breakdown forming deposits on engines at nano-level.

They're experimenting with hundreds of thousands of oil compounds that could reduce this effect.

"Our task is to find that needle in a haystack that makes that big difference in an improvement of the performance of our oil. And so we strive, using these high end analytical pieces of equipment to be able to understand what each molecule does and what it's role is in our lubricant."

Once they've hit on a viable formula, it's whipped up in the BP Blend Shop for further testing.

The concoction is then scaled up and tested so it can be exactly replicated the world-over.

"Once the formulation has been sent over from the laboratory, we would then take that formulation and work out how to blend it. The blending methods here get replicated globally, so the understanding of the hardware and the engines that takes place in the laboratory, is then transferred into real-world applications in the blend shop here."

They concede that hybrid engines are presenting new challenges.

But they say the potential for greater efficiency and CO2 reduction is significant; with the war on friction a key battleground.