This is the Aston Martin Vulcan, a track-only supercar launched earlier this year.

Under the bonnet, it's the first car to use a system that could revolutionise the way you change your oil.

Makers Castrol says its Nexcel oil cell will eventually be used in more affordable cars like this. 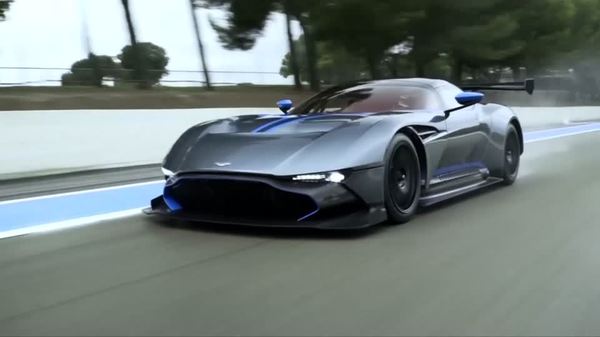 The bucket-shaped device packages the oil and filter into one unit, so when it comes to servicing, the oil cell simply lifts out of the car to be replaced.

The developers say a full oil service takes less than a tenth of the current time... and is significantly less messy.

"With the Nexcel system it takes only 90 seconds to do the full oil service. So the Nexcel oil cell contains the engine oil and filter. So by taking the oil cell out of the car and putting a brand new oil cell back in; that's it - oil change done."

And the sealed unit prevents contamination of the used oil - meaning it can be recycled into other lubricants.

"Those Nexcel oil cells, once they're used, come back to Nexcel for recycling where we split them apart, clean and re-use them a number of times. But also we take that used engine oil, we pass it through a re-refining process, and that allows us to use the oil a number of times."

Nexcel is currently being put through its paces, fitted as standard in the Aston Martin Vulcan.

Castrol says it expects the tech to reach road cars in about five years.