These Chinese students are using sugar to develop a microbial fuel cell (MFC) that can generate up to 80 hours of electricity.

The team modified bacterial strains from three species, E. coli, Shewanella and B. subtilis, and formed a system that had a highly efficient and stable electrical output. 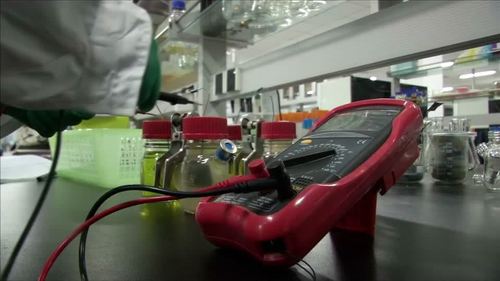 "It is innovative because no one before has ever tried to make a microbial fuel cell (MFC) out of three species of microbes. In this way, we can replenish two elements that the electricigens need for electricity production by mixing different microbes, and it (our MFC) can reach a good level to generate electricity."

Ling says that compared to existing wind, water and solar power methods, their co-cultured system is more stable -- and not dependent on weather conditions or location. So it has better chances of being used in the future for larger-scale power production.

"We hope to make the MFC much smaller, with longer electrical output and a larger quantity of electricity, so that it can be one of the new energies of the future, just like the lithium batteries we normally use in our daily life."