What Can Gamers "Feel" While Playing with this Haptic Controller? 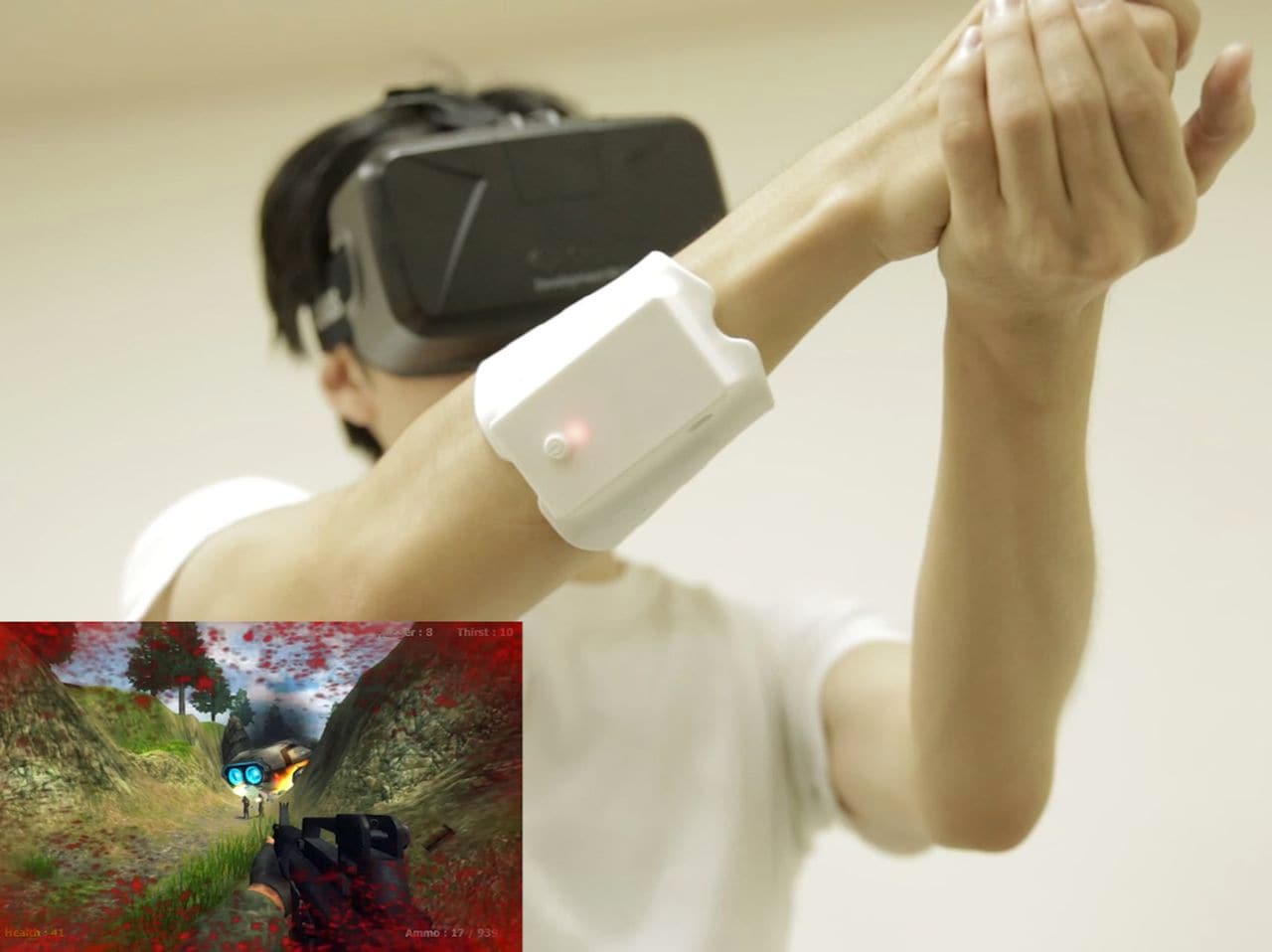 Technological evolution in the real world is now progressing beyond even the wildest imaginations of science fiction animators. One astonishing advancement was recently revealed from H2L, a start-up company that was established by a tech-savvy group from Tokyo University.

This article was provided by FUTURUS (run by Targeting)

Significantly, users do not have to wear headgear that is connected with multiple cables used to read brainwaves. This new device is far removed from typical remote control units with control buttons, which is what we normally associate with the word “controller.” Thanks to UnlimitedHand, that is all history now.

It is physical, intuitive and liberating

UnlimitedHand is designed as an armband that can read movements in not only users’ arms, but also in their fingers by using built-in motion sensors and muscle displacement sensors.

Once detected, signals are sent to the game and returned to users as tactile sensations. The armband provides functional electrical stimulation (FES) that moves from the skin to the muscles .

Due to FES, users can feel their muscles contract. This sensation enables users to physically feel the game characters as they come into contact with them and feel other types of impacts that are generated during play. 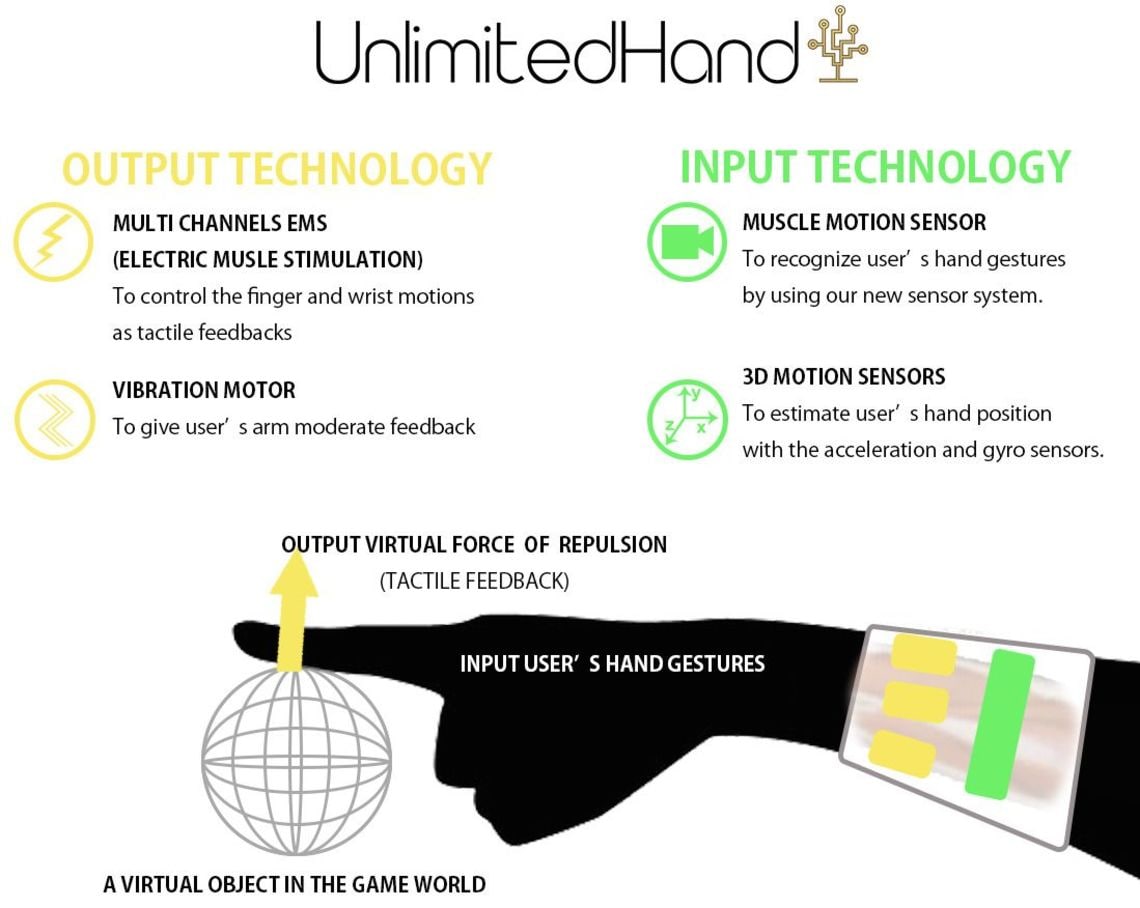 Playing a VR or AR game with UnlimitedHand is a virtual experience that is physical, intuitive, and extremely liberating. Users of this innovative controller can enjoy ultimate freedom in their in-game movements.

The advanced haptic technology embedded in UnlimitedHand can offer much more than just significantly enhanced playability. It can be applied for many other purposes, including the training and development of fine-tuned robotic maneuvers and movements.

Original release through a crowdfunding site

UnlimitedHand first became publicly known when it was chosen as a highly promising futuristic product in an event named TechCrunch SF Startup Battlefield, which was held in September 2015.

A U.S.-based crowdfunding site, Kickstarter, has already begun accepting advance orders from early adopters of UnlimitedHand. So far, it has gathered more than three times the amount of investment money that H2L initially set as its fundraising target.

H2L is planning to price the first commercial model of UnlimitedHand within the $188–$248 range. They also plan to start shipping the initial batch of pre-ordered products in March 2016. 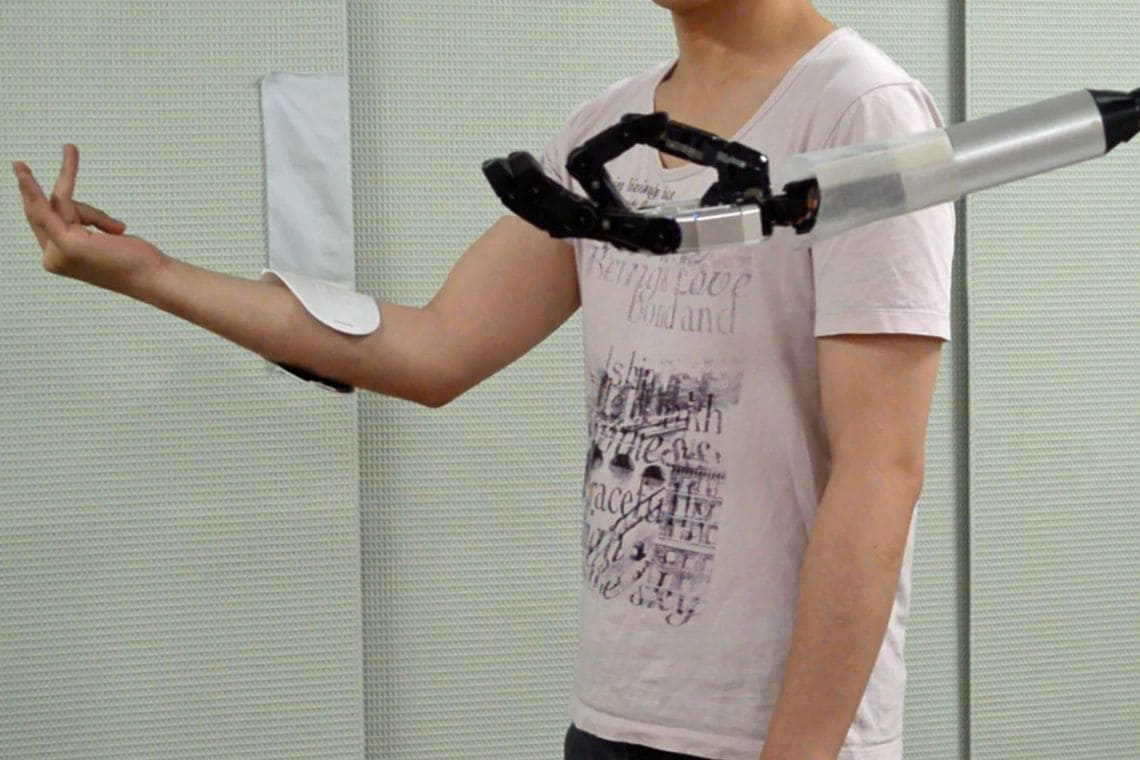 For UnlimitedHand to become a utilitarian game controller, the latest prototype still requires some adjustments. At present, the time lag is of particular concern. A lag can be felt when the actual arm and finger movements that have been detected by the sensors are sent to the VR game environment.

Ongoing developments should be able to eliminate many of these bottlenecks and significantly improve the response speed and overall performance of the device over time. Once it reaches a level where it is considered utilitarian and versatile, it will most likely reshape our general understanding of what we know today as a controller.

"Robot Taxi"Looks at the Tokyo Olympics