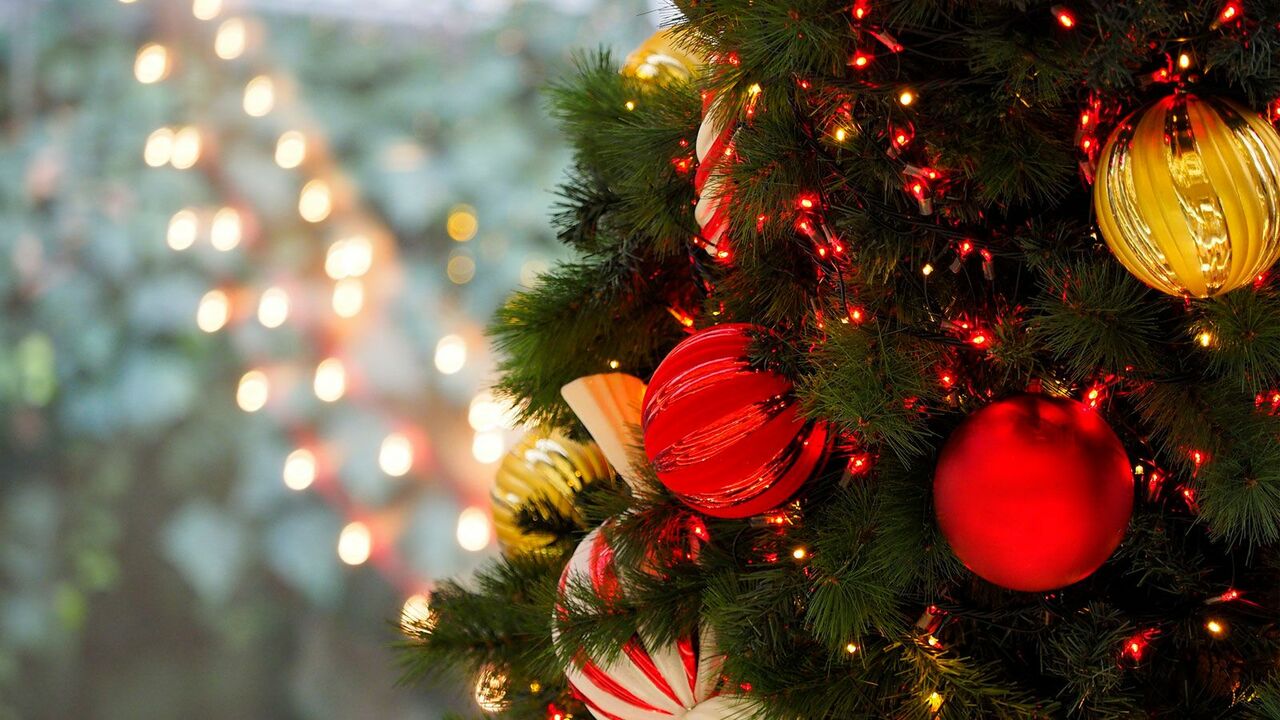 As you walk around the city, you’re no doubt hearing Christmas songs playing over store speakers everywhere. Hearing the song “We wish you a Merry Christmas and a Happy New Year”, Hakoda-sensei thought back to a question he received from Hanako, one of his Japanese students: “Why do Christmas greetings use ‘merry’ instead of ‘happy’?” Have you ever wondered why Christmas is the only holiday to get the ‘merry’ moniker? In this month’s articles, Hakoda-sensei dons his Santa Claus hat to deliver you the answer.

Hanako continued to wonder out loud: “It’s not ‘Merry New Year’ and we don’t say ‘Happy Christmas’ either.”

What Hanako didn’t realize was that “Happy Christmas” is a widely used greeting in the U.K. In an attempt to seize a teachable moment, Hakoda-sensei brought up the upbeat Christmas hit “Last Christmas”.

“You know how George Michael from Wham! whispers, ‘Happy Christmas’ … ?”

Before he could finish his sentence, Hanako interjected, “What’s ‘Wham!’?”

“Oh, I know that song!” Hanako said, snickering at his poorly attempted rendition.

Still, she was half right. Even though “Happy Christmas” is a thing, no one ever says “Merry New Year.”

After returning back to the office, Hakoda-sensei decided to ask his British co-worker John the same question: “Why do Christmas greetings use ‘merry’?”

“I’m not entirely sure, but I think it has to do with the idea of merrymaking during Christmas dinner.”

“Merrymaking” is defined as “the act of taking part gaily or enthusiastically in some festive or merry celebration”. In other words, the term is associated with “rowdiness” which some argue clashes with what Christmas is meant to represent—a day celebrating the Nativity of Jesus Christ

In search of a more definitive answer, John and Hakoda-sensei searched the web. But even after an hour of searching, they still weren’t entirely certain why “merry” got paired up with “Christmas” in the first place. But their research showed that the first recorded usage of “Merry Christmas” was in England in the 1500s. It became a more ubiquitous term by the 1800s, around the same time that Charles Dickens wrote the prose “A Christmas Carol”. From then on, both “Merry Christmas” and “Happy Christmas” became acceptable holiday greetings.

Around the second part of the 19th century, the association of “merry” with “drinking alcohol” began to take hold, leading many to claim that drinking alcohol at religious events was more often associated with the rowdiness of the lower class. Thus, the phrase “Happy Christmas” took on a higher class connotation instead. Perhaps for the same reasons, Queen Elizabeth continues to close her annual Christmas speeches with the phrase, “I wish you a very happy Christmas”.

When Hakoda-sensei shared this with John, he quipped, “I know, but I still say ‘Merry Christmas’!” Whether John was unknowingly revealing his social class or he simply enjoys making merry with an alcoholic beverage, one thing is clear—both phrases continue to be used widely in the U.K.

Politically Correct Christmas of the U.S.

People from other Commonwealth countries like Australia and Canada also wish each other a “Happy Christmas” alongside a merry one. But what about the United States? Hakoda-sensei and John decided to enlist the help of George, their American co-worker.

“’Happy Christmas’? We’d never say that!” George exclaimed as if appalled by its mere suggestion. “But you know what we do say is ‘Happy Holidays’. That’s the politically correct way to greet someone during the holidays.”

From around December, the catch-all phrase “Happy Holidays” can be seen plastered all over U.S. storefronts, advertisements and greeting cards. This form of salutation is used in the U.S. to promote a more inclusive culture, whether a person celebrates Christmas, Hanukah or Kwanzaa. However, Hakoda-sensei cautions—you still need to be wary of who you use ‘Happy Holidays’ with. Despite one’s best efforts to convey sincere good wishes, a select group of people may take offense to the inclusive nature of the phrase, perceiving it to be an attack on Christmas itself. Knowing your audience will be the key to turning holiday jeers into cheers.

The following week, Hakoda-sensei informed Hanako that no definitive origin of the phrase “Merry Christmas” could be found. Still, she and her classmates were flabbergasted to learn that “Merry Christmas” in the States has its fair share of detractors.
At that moment, a classmate by the name of Taro jokingly remarked, “I bet whoever started that trend was just bitter because he didn’t have a girlfriend on Christmas!”

Other students chimed in, “Yeah, being single on Christmas is lonely.”

“I hope I can find a boyfriend by Christmas.”

In Japan, Christmas is largely considered a couple’s holiday rather than a time to gather with family. Instead, the more traditional New Year festivities are the time for Japanese families to get together.

The other key difference between Japanese Christmas and the rest of the world is the food that is consumed. In Japan, the go-to item is “Christmas cake”, a sponge cake adorned with whipped cream, strawberries and Christmas decorations. This is unlike Christmas pudding, mince pies and yule logs that are served over Christmas dinner in other parts of the world. As for the main dish, it’s not roast turkey or roast beef, but fried chicken that has become a Christmas dinner staple in Japan.

Whether you celebrate a Happy Christmas with your family over roast chicken and mince pies or a merry one with a romantic partner while eating KFC and a cake from SevenEleven, Hakoda-sensei hopes everyone will embrace this joyous holiday season.