Missile Tests And Tariffs - How To Negotiate In The Trump Era 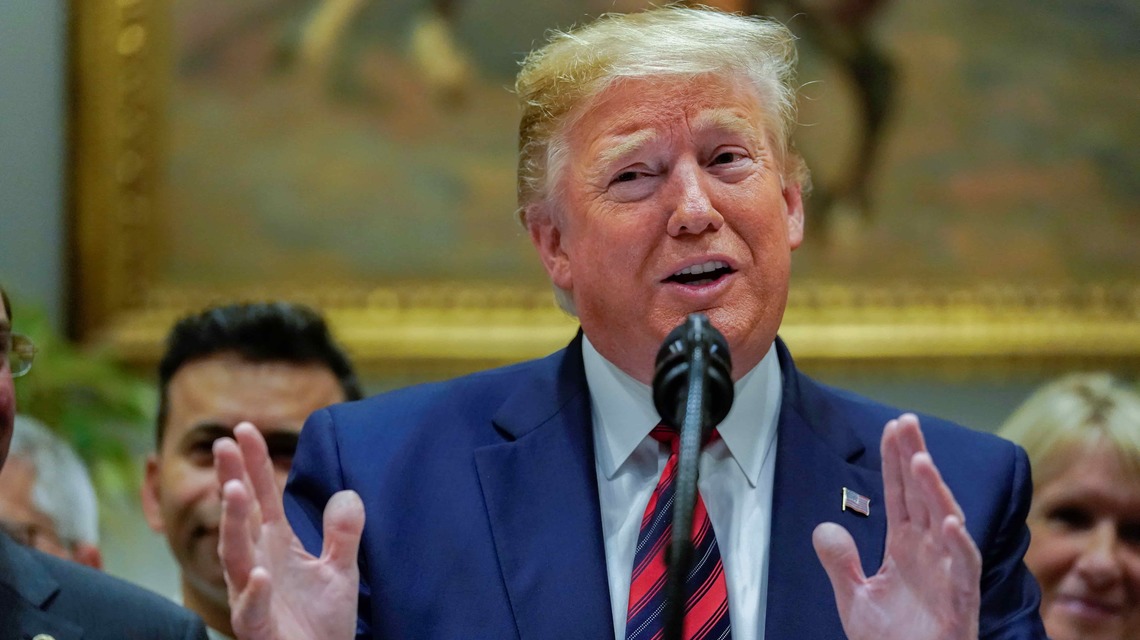 Shots were fired last week in two Asian crises – the nuclear negotiations with North Korea and the trade war with China. Kim Jong Un took aim first with two rounds of short-range missile tests, the second volley launched on May 9th. Donald Trump aimed at China the following day, imposing a new wave of tariffs on Chinese exports while Chinese and American negotiators were still meeting in Washington.

Donald Trump and Kim Jong Un share, it seems, not only an affection for each other but a belief in conducting diplomacy through displays of threat and muscularity. Unlike notes written in careful language and delivered in the privacy of closed meeting rooms, these messages are very visible but not always easy to read. The message is meant not only for the intended recipient – there is a larger audience elsewhere.

Trump used his favorite tariff weapon to tell Chinese leader Xi Jinping that he was wrong to believe the American president was desperate for a deal because of growing fears of a coming economic recession.

But Trump also had a different, and much larger audience in mind – the American electorate. As he made clear in a speech in Florida, Trump is wary of being depicted by his Democratic opponents as weak on China. Instead, he wants to turn it around and use China as a political weapon against Democrats like former Vice President Joe Biden who has been notably downplaying the confrontation with China.

Kim Jong Un, like Xi, sends “beautiful” letters to Donald Trump – and the President apparently enjoys getting them. But he too communicates in other ways. Since the debacle of the Hanoi Summit in late February, North Korea has been trying to convey the idea that “Kim is operating from a position of strength rather than weakness,” says long-time Korea expert Scott Snyder of the Council on Foreign Relations.

Since Hanoi, Kim returned to time-tested techniques of provocation, observes Snyder, the author of the most authoritative study of North Korean negotiating methods. They began with the reopening of a missile test site, followed by a series of weapons tests, and by efforts to demonstrate that North Korea can survive sanctions pressure through a combination of “self-help” and seeking allies, as Kim did in meeting Putin in Vladivostok.

In his address to the North Korean Supreme Peoples’ Assembly, Kim set a deadline of the end of the year and laid down conditions for talks leading to a third Kim-Trump summit. North Korean propaganda has singled out Trump advisors like Secretary of State Mike Pompeo and National Security advisor John Bolton for attack, while still maintaining a personal opening to the President.

“I view most of North Korea’s recent actions as posturing and negotiating behavior,” Terence Roehrig, a professor of national security affairs and director of Asia-Pacific studies at the U.S. Naval War College told me.

“Kim Jong Un is pushing to get a meeting with Trump sooner rather than later and to prod the United States to offer more concessions during the next round of negotiations, most importantly, sanctions relief,” Roehrig, the author of numerous books on Korea, observes. “Kim understands that his best chance to obtain a deal is to talk directly with Trump and work around Pompeo and Bolton.

The clock is also ticking with the US election approaching. After the first of the year, the deadline Kim has set for the United States to adopt a new approach, the Administration will be increasingly distracted with the upcoming election. Even worse for Kim, should Trump lose in 2020, he will no longer have a friend in the White House and then all bets are off.”

Kim also has a Korean audience in mind. There are clearly divisions within North Korea, as evidenced by the purges of the top Hanoi negotiators, and even in an authoritarian state, Kim must pay attention to a populace whose hopes for a post-sanctions upturn are now dashed.

The North Korean leader also plays politics in the South, trying to push the Moon government to break free of U.S. constraints. Moon seems ready to send massive food aid to the North in the name of humanitarian relief, which would at least ease some pressures on Kim.

For the moment, Kim’s efforts to keep the path open to Trump are succeeding. After the first set of missile tests, Trump was noticeably irritated. “Nobody is happy about it, but we’re taking a good look and we’ll see,” Trump told reporters. “I know they want to negotiate. They’re talking about negotiating. But I don’t think they’re ready to negotiate,” he said, adding that “it’s very much like China.”

But after the second set of missile tests, pushed in an interview with Politico about whether he felt betrayed by Kim, Trump sounded a more upbeat note. “They’re short-range [missiles] and I don't consider that a breach of trust at all,” he said.

For now, unlike with China, Trump seems to think that his political advantage lies is keeping alive the idea that he has succeeded in keeping peace in the Korean peninsula. But there is always the danger that he could revert to talk about raining ‘fire and fury’ down on North Korea if he appears to have been duped by his friend Kim. The risk is that Kim may misread Trump and overplay his hand, as he did in Hanoi, Council on Foreign Relations expert Snyder told me.

“I believe that Kim will continue low-level provocations until we have shown him that he has reached a ceiling for such provocations or until the end of the year,” Snyder predicts.

“The huge risk of this approach is that having experienced one intelligence failure in the form of NK expectations that Trump would make a desperation deal in Hanoi on North Korea’s terms, North Korea may also fail to discern the conditions that would induce a more incendiary response from Trump at a time when he has claimed victory on North Korea going into next year’s elections.”

The resumption of negotiations is possible, the experts believe. But it will require Kim to lower his asking price – the removal of all sanctions imposed after 2016 – and for Trump to accept a very limited version, at least initially, of denuclearization.

“Whether the two sides can make these changes to their initial offer remains to be seen,” says Roehrig. “Of course, the fundamental question remains unanswered – is North Korea actually willing to denuclearize? I remain skeptical, as do most, but it is worth the effort in careful and determined negotiating to see what might possible.”

In the meantime, however, Kim and his regime will continue to try to ease the economic pressure on them and to escalate tensions without crossing an invisible red line. The crucial actor is the one that has been least heard from – China. The Chinese have virtually shut down any discussion, particularly in English, of the post-Hanoi situation in North Korea.

The focus is almost entirely on the trade dispute with Washington. Does the breakdown in those talks impact Chinese willingness to cooperate in putting pressure on Pyongyang? The Chinese leadership may not retaliate directly against Trump via North Korea, most experts believe, but there is also little incentive to cooperate these days.

The Chinese continue to urge a return to negotiations and downplay the significance of the recent North Korean escalations, hoping to avoid a return to the tough talk and threat of conflict of 2017.

Even so, “there is nothing China would enjoy more than to see a fracturing of US alliances in the region,” observes the Naval War College’s Roehrig, particularly between Washington and Seoul. “US-China trade tensions don’t help, and I think North Korean denuclearization will always be linked to the overall status of Sino-US relations. But whether trade talks succeed or not, China will still retain its interests in Korea that will guide its actions.”

Chinese interests in North Korea have always placed on a priority on stability and, to that end, keeping Kim in power in exchange for exercising restraint on provocations that might raise regional tensions. Relations between Xi and Kim stepped up dramatically in the last two years but it is notable that the two men have not met since before the Hanoi summit.

Since Hanoi, the Chinese have clearly eased up on sanctions enforcement against North Korea. Official Chinese custom figures show a doubling of their exports to North Korea in March, reports NKNews. According to a senior Trump administration official, there is a visible upsurge of ship-to-ship transfers taking place in Chinese waters, evading trade controls with semi-official approval.

“I think this means that North Korea benefits from sufficient blood flow and circulation (from China), but will never get enough resources to truly take off economically,” says Snyder, who has written a book on Chinese relations with North Korea.

Snyder also sees an intersection with the trade wars with Washington, causing the Chinese to at least look cooperative on the surface. “Because trade trumps North Korea on the priority list at this time, China will not be doing more than business as usual to help the US on North Korea,” he says, “while continuing to claim willingness to help out behind the scenes. China will also do what it takes to remind both North and South Korea that it cannot be excluded from Korean economic and political affairs.”

The two Asian crises – North Korea and U.S.-China trade war – are settling into a long period of uncertainty, punctuated by this strange form of public diplomacy. By the time Trump reaches Tokyo later this month, nothing will likely have changed.