Can One OK Rock Outshine Babymetal on The World Music Stage? 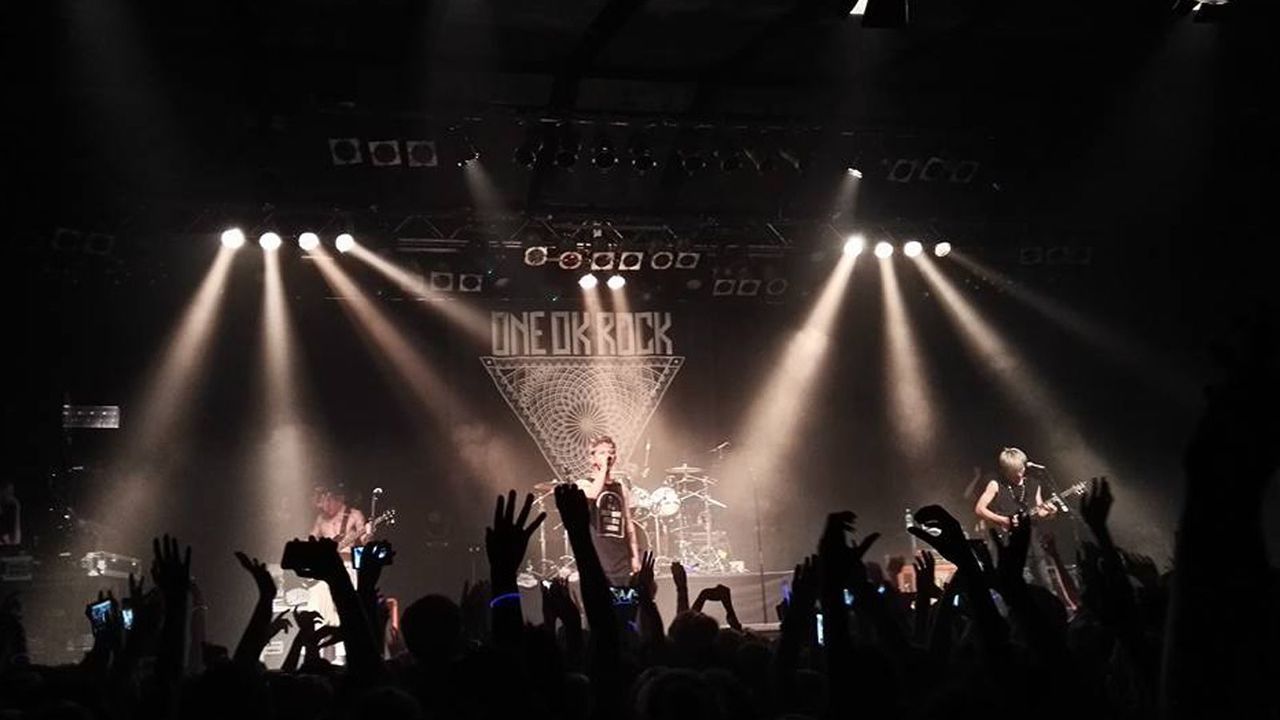 Inevitably, when a band from overseas is written about for American music fans, a comparison will be made to another group from the same country. Rare is the review of, say, a new Swedish band that doesn't work in a mention of ABBA, no matter how tenuous the connection. And so it goes for Tokyo's One OK Rock, whose mentions in the American music press are rife with mentions of the inimitable Babymetal.

On the surface, any comparison between the two seems risible. The sound, not to mention the spectacle, of Babymetal's teenaged idols singing over the high-speed, avant-garde metal cranked out by their backing group (the very capable Kami Band) might well be from another planet when compared to the alternative, yet pigeonhole-defying, rock swagger of One OK Rock.

Where do the comparisons keep coming from?

Yet their own fans fans compare them, with Internet posts asking "who's more popular" between the two, or sharing excitement over an Instagram snap of the two bands together while on tour in France.

What is it about the two bands that finds them so entwined? Both of them fit beneath the broad umbrella of J-rock, a genre label that attaches itself, limpet-like, to virtually every band from Japan with at least one amplified instrument. Punk from Tokyo? J-rock. Thrash metal from Nagoya? J-rock. Shonen Knife? Folk-rockers Happy End? The unfortunately named Mr. Children? J-rock, the lot of them.

Indeed, the label seems to stick to just about anything, and while it's tempting to dismiss the usefulness of such a broad brush, J-rock fans turn the wide boundaries to their advantage, embracing the opportunity to enjoy a variety of musical styles and stage personas.

J-rock fans like the bands they like, simple as that. Their fan boards are some of the most upbeat and positive you'll find anywhere. It's a freedom fans of other genres haven't always enjoyed, ever since the mods and the rockers first came to blows way back in the last century.

The two bands are label-mates, and as such are inevitably cross-promoted to one another's fans. Credit the aforementioned open-mindedness of their respective fans that not only is the promotion working, it's working despite the fans openly joking on social media about being marketed to. Babymetal turned out to be tailor-made for viral success on social media.

In a world in which it is increasingly remarkable that there are still original chord progressions left, where sometimes it seems everything's long since been done, finding a way to be unique that not only gets attention, but sells both recordings and concert tickets, is no small feat.

At home in Japan, both Babymetal and One OK Rock command audiences large enough to fill stadiums. Both bands embarked on their first tours of North America in 2014, and return visits in recent months have seen them headlining similarly-sized venues, mostly amphitheaters and large halls.

Will either band make it big in America, you ask? While headlining an outdoor amphitheater is already a pretty good indicator of success, let's aim for the stars and examine whether our friends might fill up a stadium next time they're in North America. Babymetal certainly has a marketing advantage in their uniqueness, and whenever my friends on social media discover them, their posts bristle with exclamation points.

Babymetal is fun: Jennifer Milioto Matsue, in her book Focus: Music in Contemporary Japan, described them as "J-pop at its blending, blurring, and crazy best." But you've got to have stamina to make it through a metal concert, and beyond the J-rock fans who know and love them — and they are legion — the next group of fans likely to swell attendance numbers is going to be headbangers. And, fair play to every owner of a King Diamond tour shirt who's been to see them, metal fans' reaction to Babymetal has been somewhat cooler than that of your average J-rock fan.

ONE OK ROCK put it all together

If their sound is pigeonhole-defying, what do One OK Rock sound like then? Seattle's Stranger newspaper labels them "emo, rock, and metal." Conventional wisdom would make that first genre the odd one out, yet One OK Rock manage to pull off improbable mashups with alacrity. On "Ending Story??" from 2013's 人生×僕= (Jinsei x Boku=), the band recalls the power punk of Green Day or Sum 41 with the main riff; brings in some classical strings and a rapped vocal; drops into metal; then rights itself into a classic harmonized-vocal, call-and-response punk riff before grinding itself to a halt with one last burst of metal.

Some bands write brilliant material, only to release albums full of songs so poorly produced they simply fail to resonate. Overproduced music can sound lifeless and robotic, yet just the right track might hypnotize you. What first struck me, hearing One OK Rock for the first time on NHK's Music Station, was a sense of passion for the music.

Even within the homogenizing confines of the television studio stage, the band came across as a group that was truly into what they were doing. Lead singer Taka's seemingly effortless ability to switch from Japanese to English and back again was striking. Digging into their recordings revealed a band determined to connect with their audience, no matter how many layers the studio producers piled on top of their craft.

Success can mean many things. Money, fame, legacy; perhaps all three. In my book, it is legacy which matters most; I'll choose unsung hero over shooting star any day. And while neither One OK Rock nor Babymetal looks to be in any danger of a fate in either extreme, if you were to ask me which band will be around in five years it would be One OK Rock who'd get the nod.

Babymetal is going to make an impression on you at first listen. They're terrific fun, and actually being Babymetal is, I'd wager, a challenge few musicians could meet. Ultimately, though, it's fairly clear that what the band are doing is giving voice to a brilliant production team.

One OK Rock, despite the occasional heavy-handedness in the production of their studio recordings (so thick at times that it seems intent on smothering them), looks like a band intent on putting themselves completely into their music and their performances. Where their label-mates' backing band performs anonymously behind a wall of masks, One OK Rock take the stage as they might have walked into the venue. It's a genuine, here-we-are quality that, even if never elevates them to Rolling Stones proportions, will see them cement their place in the hallowed pantheon of Really Cool Bands. From what I've seen, I think the guys would be totally cool with that.