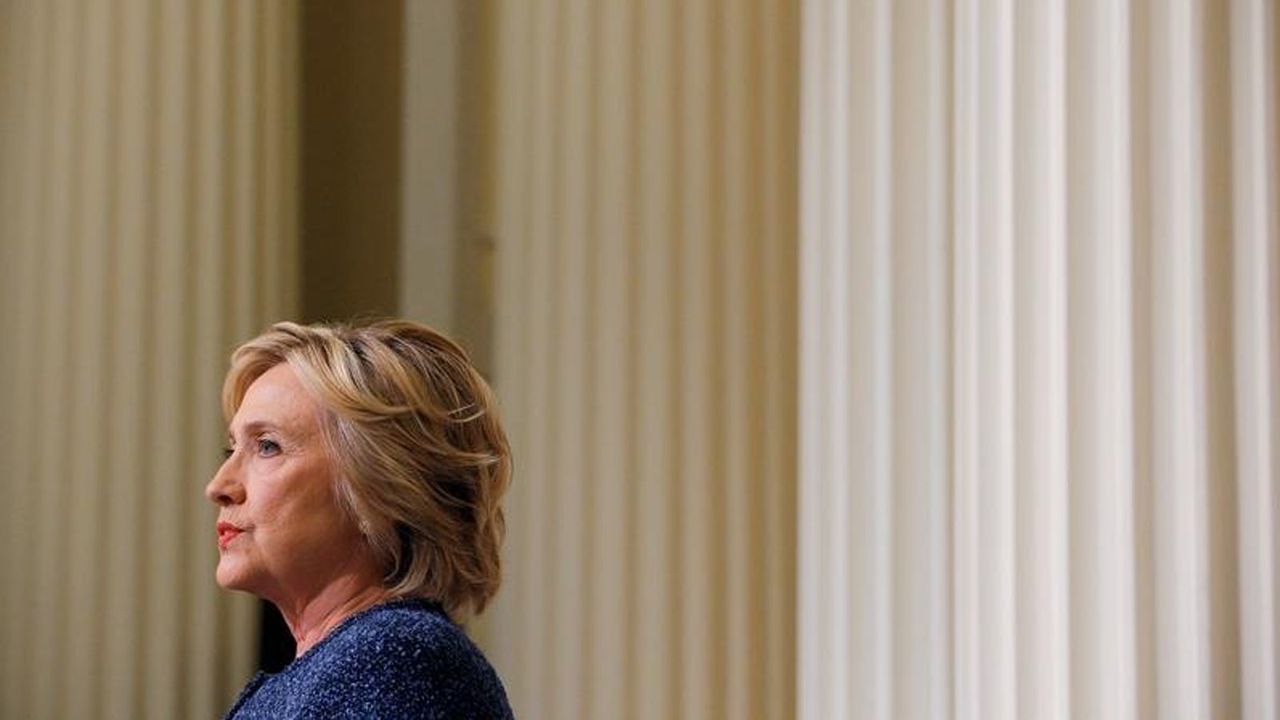 Two-and-a-half years ago, we wrote: “The Trans-Pacific Partnership (TPP) appears to be in serious danger. Following the disappointing Trade Ministers meeting in Singapore in February, some participants and observers have expressed fear that the TPP could turn into another ‘Doha,’ i.e., trade talks that go on forever but never reach agreement.”

We may have been too sanguine. The risk today is not that the talks go on forever, but that TPP withers on the vine. The rules of TPP require that at least six of the twelve TPP countries, representing at least 85% of TPP-wide GDP, ratify the agreement. That cannot be accomplished without ratification by both the US and Japan.

Both Senate Majority Leader Mitch McConnell (R-KY) and House Speaker Paul Ryan (R-MI) now say that they will refuse to schedule a vote in the lame duck session of Congress (i.e., the session between the Nov. 8 election and the December 16 adjournment, when the current members of Congress will still hold their seats).

On August 4, Ryan told National Public Radio, “As long as we don't have the votes, I see no point in bringing up an agreement only to defeat it.” Beyond that, both McConnell and Ryan insist that the Administration renegotiate several provisions of the TPP before they will support it.

If a vote is pushed into 2017, the obstacles become even higher, especially if the Democrats retake the Senate. Their incoming Majority Leader, Charles Schumer (D-NY), staunchly opposes TPP.

Hillary leaves herself no out

While TPP is given no chance if Donald Trump wins, some TPP advocates harbor the hope that Hillary Clinton would support ratification during the lame duck session, once the election is safely behind her. We think this is wishful thinking.

Even if she wanted to reverse herself—on the notion that TPP is some sort of counterweight to China—she has boxed herself in by her very specific promises to key support groups, such as unions, environmentalists, and much of the liberal wing of the Democratic Party. Why would the most unpopular incoming President in modern times alienate so many of her core supporters by betraying a core campaign promise? The impact of TPP on the US economy is negligible. Clinton would gain far more economic impact, and thus political gains, by fixing Obamacare.

It is very hard to imagine her pushing Congress to ratify the unpopular pact, once she comes into office. In an election in which she won, the Democrats would likely have an even larger share of Congressional seats—even though almost certainly not a majority in the House—making ratification even harder.

When Bill Clinton opposed the NAFTA trade agreement signed by his predecessor, George H.W. Bush, he left himself an out by saying he would support NAFTA as long as certain provisions were renegotiated. Hillary Clinton, by contrast, has left herself no such out.

“I oppose it now, I’ll oppose it after the election, and I’ll oppose it as president,” she declared in a recent campaign speech in Michigan. Her campaign’s senior policy adviser, Jake Sullivan, a former deputy chief of staff at the State Department, told the press recently, “Hillary Clinton is not interested in tinkering around the margins with TPP. She’s not going to be working to renegotiate it when she comes into office.”

With this in mind, few TPP proponents imagine Clinton openly pushing for ratification once she is in office—certainly not in the first year or two. Hence, some envision a scenario in which Clinton tacitly supports ratification during the lame duck session. But a lame duck vote now faces extremely high obstacles. On the grounds of “never say never,” we won’t say that ratification in the lame duck session is impossible, but we’d put the odds at just 10-15%.

According to the terms of Trade Promotion Authority (TPA) passed by Congress in 2014, once the President submits a trade agreement like TPP to the Congress, then Congress must vote yea or nay no later than 90 calendar days after the submission, with no possibility of amendment.

Thus, to ensure that Congress votes before it adjourns on December 16, Obama would have to submit TPP and its implementing legislation by September 17. But doing that would immeasurably hurt Clinton in the election.

From a legal standpoint, even if Obama submitted TPP the day after the election, Congress need not wait the full 90 days. It could act within the five weeks before it goes out of session. However, McConnell and Ryan have ruled out a lame duck vote.
Said McConnell on August 25, “The current agreement, the TPP, which has some serious flaws, will not be acted upon this year.” While he said that the TPP could not pass in its current form, McConnell added that it could pass next year if enough changes were made. “It will still be around. It can be massaged, changed, worked on during the next administration.”

His ally, Senator Orrin Hatch (R-UT), chair of the Senate Finance Committee (which has jurisdiction on trade issues), objects that TPP gives only eight years of a particular form of intellectual property protection called “data exclusivity” to multinationals producing a special class of expensive pharmaceuticals called biologics. US law provides 12 years and Hatch wants that in TPP.

Over on the House side, Speaker Ryan said, “They have to fix this agreement and renegotiate some pieces of it if they have any hope or chance of passing it.” But then he added that he was doubtful this could happen. “I don't see how they'll ever get the votes for it [emphasis added].”

Some inside players in the fight for TPP have predicted to us that TPP will pass once the election is over. Given our experience with these people as sources, we cannot dismiss their view. However, let’s see what would have to happen.

McConnell, Hatch, Ryan, and others insist that several provisions of TPP be, in effect, renegotiated. To avoid opening up several cans of worms, they say this can be done, not by a formal reopening of the TPP and a new signing, but via “side-letters,” in which other countries unilaterally vow to make more concessions regarding pharmaceuticals or tobacco, among other issues.

So far, however, we know of no countries that have agreed to any such side-letters and some, like Australia and Mexico, which have openly ruled them out. It is not clear whether the US Trade Representative has even asked for side-letters specifying 12 years.

Neither scenario seems likely. Even if other countries did provide side-letters, no one can reliably guarantee them that Congress would then vote and not come back for even more concessions. Moreover, if the US reopens controversial issues, so could other TPP countries.

Hence, New Zealand Trade Minister Todd McClay has declared, “All TPP signatories, including the United States, have been clear that the agreement is not open to renegotiation.”

As for a reversal by the GOP leaders, the actions—or rather inactions—of Congressional staff show how unlikely this is. The TPP has to be accompanied by “implementing legislation,” which amends existing US law to put it into conformity with the terms of the TPP.

Preparing this legislation is a complex and time-consuming procedure since the TPP itself runs into thousands of pages. And yet Congressional trade committee staffers have not even begun working with the Administration on an implementing bill—something they would be doing if McConnell and/or Ryan wanted to hold out an option for action in the lame duck session. World Trade Online commented, “This has led some observers to say the process of preparing for a potential lame-duck vote appears to be stuck, since staff would otherwise be pushing ahead to ensure that everything is done” on time.

In the anti-trade atmosphere of the 2016 election, it should not be surprising that many normally pro-trade members of Congress are deserting the ship—enough of them to make ratification impossible unless enough can be brought back on board.

The biggest irony is the newfound opposition to TPP from Rep. Charles Boustany (R-LA). Ironic because he is a co-founder and co-chair of the “Friends of the TPP Caucus” in the House. Now that he is running for a Senate seat in Louisiana, he has changed course.

He said his reason was that he disagreed with provisions in the deal that allow countries to refuse to give trade concessions to tobacco companies, don't offer intellectual property protections for biologic pharmaceuticals as strong as those in US law, and, believe it or not, allow Mexico to buy rice from Vietnam instead of Louisiana. Really?

Objecting to Mexico buying rice from Vietnam? Like Captain Renault in the movie Casablanca, Boustany seems ‘shocked, shocked, that there is some free trade in this free trade pact.’ If the pro-TPP forces cannot even hold onto the co-founder of the Friends of the TPP Caucus, what about those who are less ardent in their friendship?

Among the Democrats, reports Politico.com, “Only a few of the 13 Senate Democrats and 28 House Democrats who voted last year for TPA have publicly embraced the TPP agreement.” Consider the case of Sen. Ron Wyden of Oregon, who is considered a virtual sure thing to be reelected this year.

As the Ranking Democrat on the Senate Finance Committee, he co-sponsored TPA and shepherded the effort to gain Democratic votes for TPA in 2015. But now, says Wyden, he doesn’t know whether or not he’ll support TPP.

Meanwhile, 12 House Republicans have so far come out in opposition to TPP. Twelve may not seem like a large number. However, consider the fact that TPA passed the House by just ten votes: 218 to 208. If just six House TPA supporters defect, TPP will lack the votes. Moreover, says Politico.com, if the rest of tobacco state House members who have not yet come out in open opposition do so, then the pro-TPP count goes down to no more than 200.

As for the Senate, TPP has become a key issue in several states where Democrats hope to take Senate seats now held by Republicans. Democrats need to win just five currently GOP seats to retake control of the Senate. The main Super PAC sponsored by the Senate Democratic leadership is making trade a chief issue in their campaign ads in these pivotal states.

In eight tight races, only one GOP Senator who voted for TPA in 2015 still supports TPP (Mark Kirk of Illinois, who is behind in the polls). Four incumbent Senators and a GOP Congressmen running for the seat of a retiring Senator now oppose TPP outright; and the remaining two are still “studying” the issue.

Most observers believe the outcome in the Senate will hinge on the Presidential race. Hence, if a Clinton victory helps bring about a Democratic takeover in the Senate, any effort to ratify TPP would become even tougher once the new Congress takes office in January.

We’ve learned, to our sorrow, “never say never” is good advice, but we see only a 10-15% chance of the TPP being ratified in the lame duck session and even less of a chance in 2017. Other TPP countries will not wait indefinitely for the US to overcome its political gridlock.

Is the West Turning Away From The Openness?