Chairman of Soros Fund Management and of the Open Society Foundations. Hungarian-born American, business magnate, investor, author, and philanthropist. Emigrated to England from Hungary in 1947. 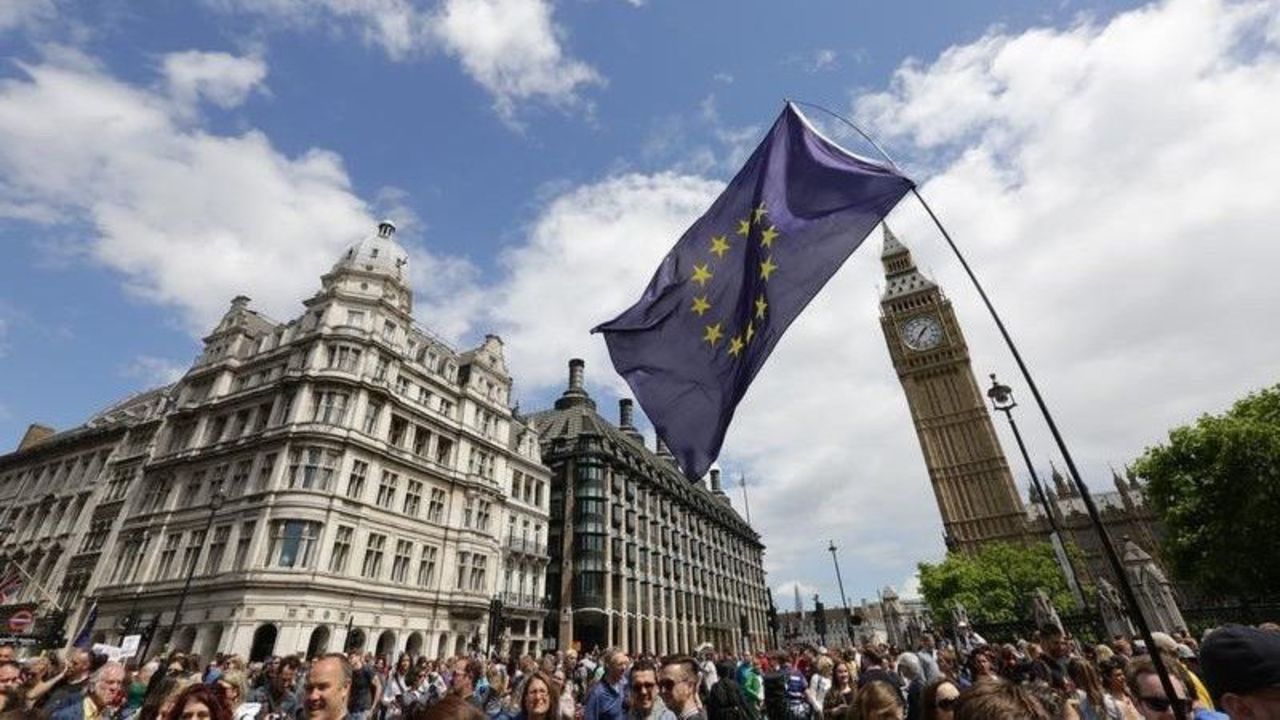 LONDON – Until the people of the United Kingdom voted to leave the European Union, the refugee crisis was the greatest problem Europe faced. Indeed, that crisis played a critical role in bringing about the greater calamity of Brexit.

The vote for Brexit was a great shock; the morning after the vote, the disintegration of the European Union seemed practically inevitable. Brewing crises in other EU countries, especially Italy, deepened the dark forecast for the EU’s survival.

But as the initial shock of the British referendum wears off, something unexpected is happening: the tragedy no longer looks like a fait accompli. Many British voters have started to feel a degree of “buyer’s remorse” as the hypothetical becomes real. Sterling has plunged. Another Scottish referendum has become highly likely. The erstwhile leaders of the “Leave” campaign have engaged in a peculiar bout of internecine self-destruction, and some of their followers have started to glimpse the bleak future that both the country and they personally face. A sign of the shift in public opinion has been a campaign, supported by more than four million people so far, to petition Parliament to hold a second referendum.

Just as Brexit was a negative surprise, the spontaneous response to it is a positive one. People on both sides of the cause – most important, those who didn’t even vote (particularly young people under 35) – have become mobilized. This is the kind of grassroots involvement that the EU has never been able to generate.

The post-referendum turmoil has highlighted for people in Britain just what they stand to lose by leaving the EU. If this sentiment spreads to the rest of Europe, what seemed like the inevitable disintegration of the EU could be instead creating positive momentum for a stronger and better Europe.

The process could start in Britain. The popular vote can’t be reversed but a signature collecting campaign could transform the political landscape by revealing a newfound enthusiasm for EU membership. This approach could then be replicated in the rest of the European Union, creating a movement to save the EU by profoundly restructuring it. I am convinced that as the consequences of Brexit unfold in the months ahead, more and more people will be eager to join this movement.

What the EU must not do is penalize British voters while ignoring their legitimate concerns about the deficiencies of the Union. European leaders should recognize their own mistakes and acknowledge the democratic deficit in the current institutional arrangements. Rather than treating Brexit as the negotiation of a divorce, they should seize the opportunity to reinvent the EU – making it the kind of club that the UK and others at risk of exit want to join.

If disaffected voters in France, Germany, Sweden, Italy, Poland and everywhere else see the EU benefitting their lives, the EU will emerge stronger. If not, it will fall apart faster than leaders and citizens currently realize.

The next trouble spot is Italy, which is facing a banking crisis and a referendum in October. Prime Minister Matteo Renzi is caught in a “Catch-22” situation: if he cannot resolve the banking crisis in time, he will lose the referendum. That could bring to power the Five Star Movement, a partner of the pro-Brexit UK Independence Party in the European Parliament. To find a solution, Renzi needs the assistance of the European authorities, but they are too slow and inflexible.

Europe’s leaders must recognize that the EU is on the verge of collapse. Instead of blaming one another, they should pull together and adopt exceptional measures.

First, a clear distinction must be drawn between membership of the EU and of the eurozone. Those fortunate countries that are not members of the eurozone should not face discrimination. If the eurozone wants to be more closely integrated, as it should be, it needs to have its own treasury and budget, to serve as a fiscal authority alongside its monetary authority, the European Central Bank.

Second, the EU should put its excellent and largely untapped credit to use. Leaders would be acting irresponsibly if they failed to employ the EU’s borrowing capacity when its very existence is at stake.

Third, the EU must strengthen its defenses to protect itself from its external enemies, who are liable to take advantage of its current weakness. The EU’s greatest asset is Ukraine, whose citizens are willing to die in defense of their country. By defending themselves, they are also defending the EU – rare in Europe nowadays. Ukraine is fortunate to have a new government that is more determined and more likely to deliver the reforms for which both its citizens and its outside supporters have been clamoring. But the EU and its member states are not providing the support that Ukraine deserves (the U.S. is much more supportive).

Fourth, the EU’s plans for dealing with the refugee crisis need to be thoroughly revised. They are riddled with misconceptions and inconsistencies that render them ineffective. They are woefully underfunded. And they use coercive measures that generate resistance. I have proposed a detailed remedy for these problems elsewhere.

If the EU makes progress along these lines, it will become an organization to which people will want to belong. At that point, treaty change – and further integration – will once again become possible.

If Europe’s leaders fail to act, those who want to save the EU in order to reinvent it should follow the lead of the young activists in Britain. Now more than ever, the EU’s defenders must find ways to make their influence felt.