Artificial Intelligence Is the “Head Chef" of This Japanese Crepe Cafe 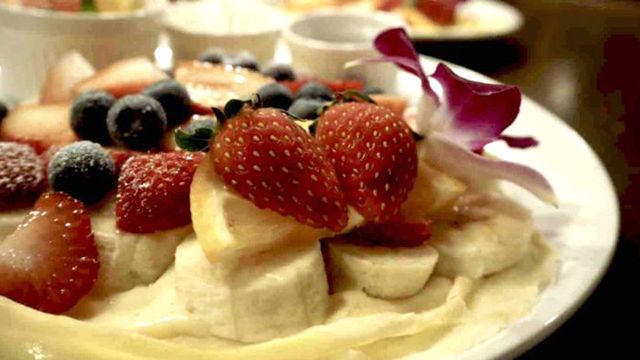 Artificial intelligence (AI) is good for more than just chess and data analysis; its advantages are being increasingly utilized in the culinary world as well. A well-known example of this is IBM’s Chef Watson software, which provides optimized and supremely delicious recipe suggestions based on the user’s inputted main ingredients, mood, preferred cooking method, and other such variables.

The new cafe offers six different selections, including lunch- and dinner-style crepes containing uncured ham, salmon, and other such ingredients, and dessert-style crepes packed with the sweet bounties of nature.

Yuka Namiki, the shop’s owner, arranges the alluring dessert-style crepes with fruit piled high. Namiki is particularly proud of the shop’s proprietary crepe batter as well as its cream, which is made using high-end beans produced in Madagascar and complemented by liquor aromas. All of these recipes were suggested by the AI software “esprit.” 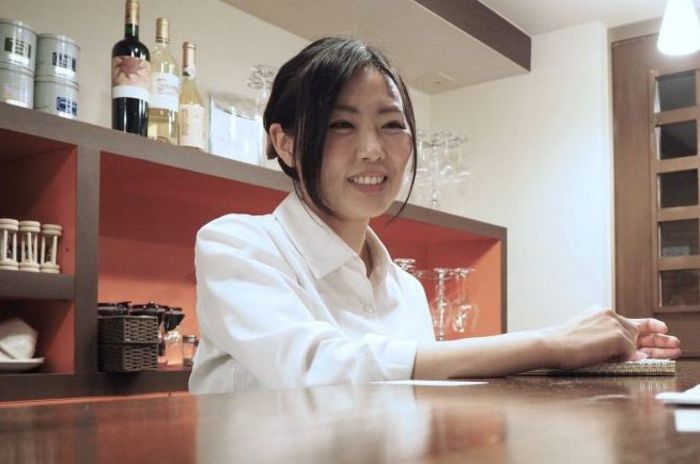 “I never liked sweet-tasting dishes,” says Namiki, explaining that her idea for incorporating AI into recipe development came from casual conversations with engineers at the IT company she previously worked at.

“I wasn’t an engineer at that company—I worked in a secretarial position. However, I watched the engineers there playing around with AI, and it made me think that, by using that technology, we can come up with dishes for someone like me who doesn’t like sweet stuff. So, I asked them if they can help.”

This article originally appeared on FUTURS

As an experiment, a team of engineers developed a new algorithm for recipe generation based on open-source AI, which led to more scrumptious initial results than they had initially expected. They then proceeded to fine-tune the algorithm, adding proprietary tweaks and features along the way to create the esprit AI software geared toward recipe development.

Since Namiki had long been interested in starting her own business, with the cooperation of Asobiethe company responsible for developing esprit—she was able to open her cafe.

AI has attracted widespread attention for its ability to propose ingredient combinations that no human chef would typically come up with. Esprit also suggests unconventional recipes that no one would normally try.

“At the moment, esprit is not yet able to come up with a large number of unusual yet tasty combinations in the way that Chef Watson does,” says Ryoichi Ishii, one of the Asobie engineers who developed esprit. “There are a lot of combinations that seem mismatched at first glance, such as meat or fish together with dairy-based cream. Although these may taste good in reality, it takes a lot of courage to try serving them to customers.”

For the time being, esprit is essentially used for crepe recipes only; however, its future holds a nearly endless array of possibilities. “Because we are currently using esprit for crepes only, it doesn’t enter the realm of big data—a shortcoming that hinders AI learning. On the other hand, when certain recipe elements are inputted, the amount of non-crepe-related data that comes back is too vast, resulting in many recipes that can't be used for crepe applications,” explains Ishii. “We need to single out data that relates to crepe recipes and recipes that can potentially be used for crepe dishes, but filtering out only this type of optimal data has proven to be very difficult.”

Singling out optimized recipes from the vast storage of data available on the internet and making the necessary adjustments to provide useful crepe recipes pose a major challenge. However, Ishii has an idea.

According to his approach, the AI software proposes relatively unchanged recipes from online sources, after which human users create the actual dishes and input their feedback based on the results. This helps the AI learn. “Even though my approach doesn’t incorporate big data resources, it uses a proprietary algorithm to foster AI sensibilities that are increasingly similar to that of humans without the need for massive data foundations,” remarks Ishii. “This is the theoretical approach on which we are basing our trials.”

With Ishii’s approach being employed, esprit is beginning to grasp people’s reactions and feelings regarding recipes with limited ingredient combinations, such as crepes and cream. In the future, the AI’s developers hope to utilize esprit with ramen and other dishes that incorporate a large number of ingredients and a complex preparation processes.

Namiki quit her job to start a new cafe, and Ishii devoted himself to developing AI for recipe suggestions. Both of these innovators have only just embarked on their new journeys, but so far they have already seen tangible results that exceeded their expectations. Despite the many facets of this AI that still require improvement, the team anticipates its future expansion to a wider range of applications.

However, Ishii is not without misgivings when it comes to the widespread adoption of AI. “The rapid rise of AI means the usurpation of human roles in various fields. Understandably, this is a point of deep concern for more than a few people,” he says. “But we cannot ignore the vast range of possibilities offered by AI, nor can we discard this helpful technology based on fear alone. It won’t be long before AI becomes an integral part of human society.”

Currently, esprit de esprit is the only place where customers can experience AI-proposed recipes in Japan. The shop will be open until Wednesday, November 30 2016. “The limited-time run is so we can test out our approach on a trial basis,” comments Namiki. “If we see favorable results, we hope to take things further in the future.”