How Does the Mainstream Media Profit from Trump?

Former senior analyst, national intelligence officer, and chief of station at the CIA, also served as the Agency’s director of public affairs 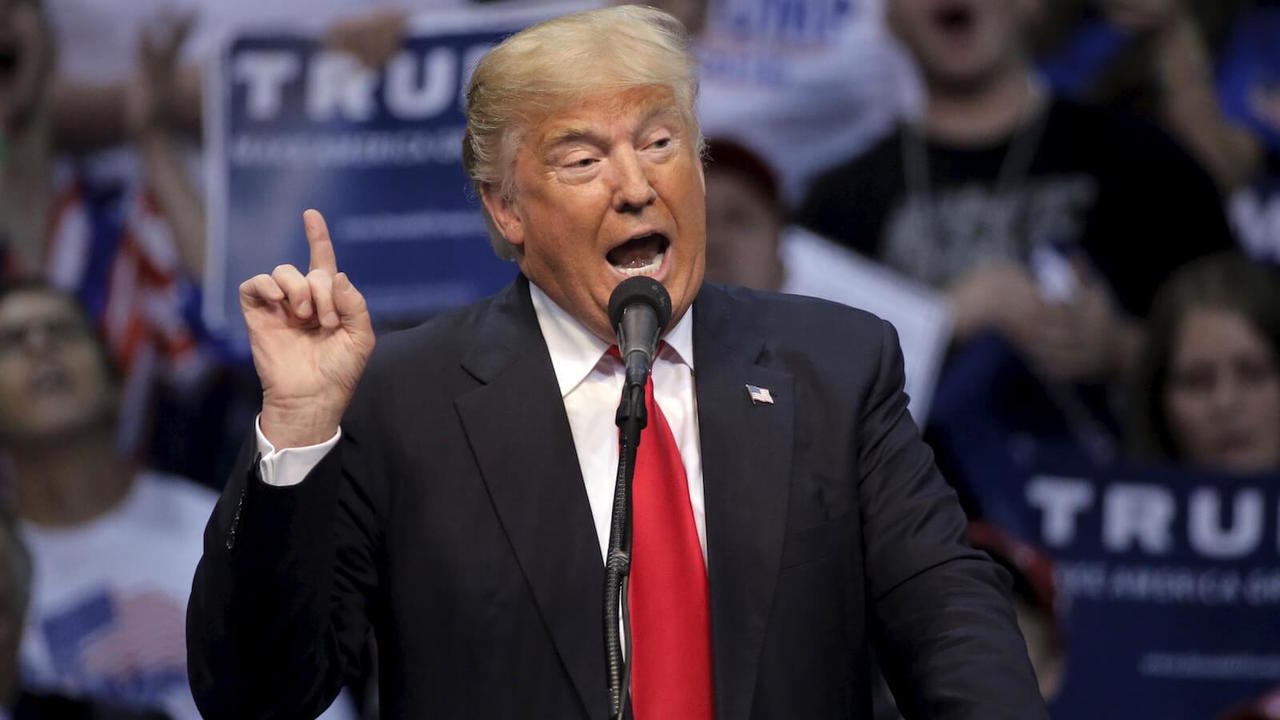 ATLANTA – Conventional wisdom lays much of the blame for the rise of Donald Trump on angry American voters, who have allowed him to break every rule in the political playbook without paying a price. But more responsibility arguably lies with the American broadcast journalists who amplified his schoolyard name-calling and bizarre policy views.

All along Trump’s march to becoming the Republican Party’s presidential nominee, partisan commentators spun and re-spun his countless outrageous statements, sometimes with just a tut-tut of disapproval, while other on-air pundits all too often treated his malignant demagoguery as worthy of serious analysis.

When it came to the chores of professional journalism – fact-checking, providing historical background, and offering impartial analysis – television news channels failed to fulfill their election-year responsibilities.

The reasons are not hard to discern. Spending on political advertising is skyrocketing, boosting profits at broadcast and cable news networks, which have been struggling with declining viewership and lackluster revenues. In a highly competitive market, in which legacy media companies are under pressure from Internet news sites and social media platforms, news programs quickly realized that they could leverage Trump’s outlandish behavior to attract larger audiences and strengthen their bottom lines.

At the same time, the industry has been undergoing a fundamental consolidation. Major companies are snatching up stations across the United States and, in the process, eroding the scope and quality of local news reporting. The impact of this restructuring on journalism and its role in the political process should not be underestimated.

Even with the rise of the Internet, local broadcast news remains the main source of information for the majority of Americans. Opinion polls consistently show that some 60% of Americans still regard television as their primary news source. News consumers are twice as likely to express the most trust in local broadcast and cable news compared to social media, attesting to voters’ reliance on television journalism to inform their thinking.

Nothing better illustrates local television’s role than how candidates spend their money. Campaign spending on political advertising is expected to top $5 billion in 2016, nearly quadruple the total in 2008. And local television is on track to get the lion’s share; more than three-quarters of that spending – some $4 billion – will be earmarked for political advertisements on local broadcast and cable television channels.

For media companies that own local stations, reaping the financial bounty from political ads is one thing; investing in news operations another. And in dozens of this fall’s battleground states, where the rival campaigns will blanket the airwaves with political ads, broadcast news departments are increasingly ill-equipped to assess either the candidates or their political claims.

The industry’s own figures explain why. In 2014, five companies owned one-third of the 1,400 local television stations in the U.S. Over the last decade, their acquisitions have given them far more than local influence. The 168 stations owned or operated today by Sinclair Broadcasting, the largest of the five, are a case in point; Sinclair broadcasts in 81 local markets, reaching nearly 40% of the U.S. population.

The accumulation of local broadcasters by a handful of media corporations has left its mark on journalism across the country. Because of consolidation, fewer television stations actually gather and report the news. According to the Pew Research Center on Journalism and the Media, the number of local television stations originating their own news programming has fallen 8% since 2005.

Federal regulations allow media companies to own multiple stations in a single market, and in nearly half of them, media companies own or manage at least two. Stations share staff, facilities, and even stories, reducing not just the number of newsrooms, but also the competition that brings diversity and depth to reporting.

According to the Radio and Television Digital News Association, a quarter of U.S. television stations that present local news receive their programming via “news sharing” arrangements. In other words, the stations do not produce news programs themselves. A 2014 University of Delaware analysis highlighted the consequences. In four of the television markets the researchers assessed, nearly 100% of the stories broadcast by “news sharing” stations used the same videos and scripts.

More troubling, research suggests that as local stations reap revenue windfalls from election campaign advertising, reporting on the candidates’ claims becomes off-limits. A study by the public-interest group Free Press of political advertisements during the 2012 presidential election found that stations in the six sizable television markets examined undertook virtually no reporting on the claims made in the political ads they aired.

In Denver, for example, local stations took in $6.5 million to air nearly 5,000 ads paid for by the 2012 presidential candidates’ political action committees (ostensibly independent fund-raising groups that shield their donors’ identity). The same Denver stations devoted only 10 minutes and 45 seconds in total to examining the accuracy of the advertisements’ claims. The ratio – 162 minutes of campaign ads to every minute of related news – speaks for itself.

Vigorous political reporting is vital to democracy, because it enables voters to understand the issues and evaluate their choices. But this year, America’s media industry seems more inclined to bank its profits than bolster its reporting on a presidential campaign that even its senior executives acknowledge has become a circus. “It may not be good for the country,” Leslie Moonves, the chairman of one of America’s largest broadcast networks, said a month ago, “but it’s damn good for CBS.”

What’s Wrong with Normal in The U.S. Presidential Race?