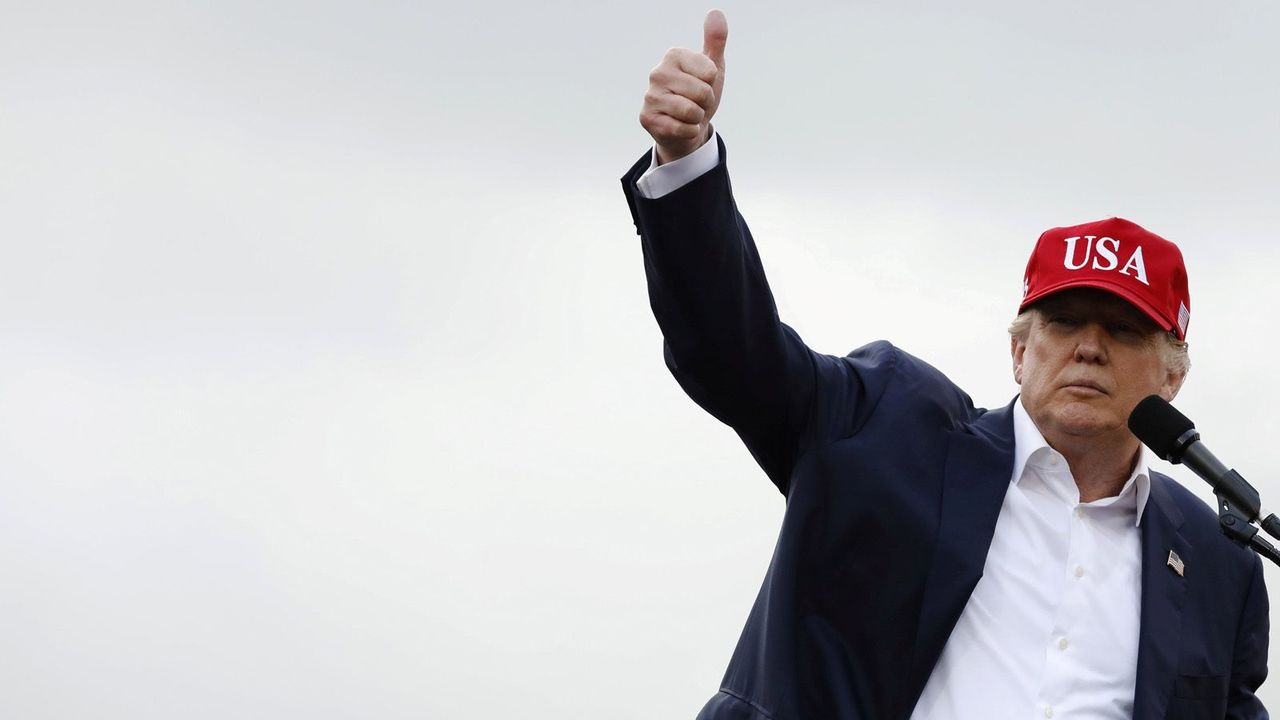 If you want to understand the trade and industrial policy that President Donald Trump is now going to pursue, simply jump into a DeLorean time machine with Marty McFly and go back to 1985. As the title of that iconic film, released that year, proclaimed – it is Back to the Future.

Trump, and a triumvirate of key appointees in charge of trade policy, shaped their views during the Reagan era, when Japan was the trade war foe and also the model of industrial policy to be emulated. From the Plaza Accord in September 1985, aimed to correct currency distortions, to the aggressive use of the instruments of pressure from anti-dumping cases to “voluntary” restraints on exports and so-called managed trade market sharing deals, the Trump team draws its models from the 1980s.

For the Trump trade team, “the Japan experience was formative,” says former Reagan-era trade negotiator Clyde Prestowitz, who has close ties to some of the incoming Trump team. Robert Lighthizer, the nominee to be the United States Trade Representative (USTR), was a deputy trade negotiator when he forged the deal to protect the U.S. semiconductor industry from Japanese competition.

“Bob came into the game when Japan was the major U.S. trade issue,” says Prestowitz, who served alongside him as a trade negotiator during the Reagan years. “We were negotiating with Japan but we were wishing the U.S. was more like Japan.”

Lighthizer is one part of a tight trio of economic nationalists who have long ties with Trump, with whom they share a clear worldview on trade and the importance of manufacturing. The other parts of the team are Peter Navarro, a controversial economist at the University of California, Irvine, who has been named to head a newly created National Trade Council and Wilbur Ross, the nominee for Commerce Secretary and an investor who made his fortune resurrecting failing manufacturing industries in the U.S.

The Trump team’s outlook was presented in a document that was co-authored by Navarro and Ross and released by the campaign on September 29, 2016, but did not receive the serious attention it deserved. The authors see a world organized by nation states, measured by a country’s gross domestic product (GDP), a vision that runs counter to the globalist talk of supply chains and capital and labor that flow easily across borders.

For them, trade deficits are purely negative, subtracting from growth. The era of globalization has only meant the loss of manufacturing, the source of national strength, Navarro and Ross argue.

They point to Germany and Japan, leaders of robotics, as evidence that trade deficits, not automation, are the cause of the decline of manufacturing. The U.S. will regain its competitive strength, the report declares, “if our businesses are not being pushed offshore by high taxes and a heavy regulatory burden or pulled offshore by unfair trade practices like the lure of undervalued currencies and the availability of illegal export subsidies.”

The Trump trade team rejects the charge that they are protectionists, ready to abandon long-held Republican support for free trade. “For most of its 157-year history, the Republican party has been the party of building domestic industry by using trade policy to promote exports and fend off unfairly traded imports,” Lighthizer wrote in a 2011 article promoting Trump’s early talk of running for President.

From this perspective, the Trump team gave grudging respect to Japan and other countries like Germany that have relentlessly pursued national policies of export-led industrial growth. Writing about Japan in 1991, Navarro wrote that “the chronic trade imbalance is the way it is precisely because the two countries are irreconcilably different.” Japanese bureaucracies, staffed by Japan’s brightest, “promote national policy goals while U.S. bureaucracies will remain mired in mediocrity and promote parochial and domestic interests.”

The Trump team are far being anti-Japanese.  They are, if anything admirers of the Japanese system, though perhaps a version of it that is no longer really accurate.  Ross, for example, was the chairman of the Japan Society in New York and the recipient of the order of the rising sun from the Japanese government in 2015 for his work to promote U.S.-Japan relations.

Today, in any case, Japan is no longer at the top of the trade enemies list. That spot belongs solely to China which, in their view, has used the agreement to join the World Trade Organization as a means to engage in unfair trade, triggering the closing of “over 70,000 American factories,” as Navarro argued during the campaign. China is using familiar weapons of illegal export subsidies, currency manipulation, intellectual property theft, forced technology transfer and protectionist non-tariff barriers, they say.

“If China marries its massive labor force to technology, things will be very bleak for this country,” investor and soon to be Commerce Secretary Ross told New York magazine back in 2011. “In industry after industry, wages are starting to get cut back, fringe benefits are getting cut back,” he lamented. “We’re in danger of exporting our standard of living and importing our unemployment.”

Much attention has gone to Trump’s threats to impose retaliatory tariffs against China, or on cross border imports from factories in Mexico. That weapon is certainly in the minds of the trade trio. “Indeed, it was the free trading Ronald Reagan who slapped defensive tariffs on a cheating Japan in the 1980s,” Navarro said last July, “Trump will do the same to any country that continues to cheat.”

But unlike Japan in the 1980s, the U.S. lacks the ability to use its security alliance as a means to put pressure on its trade foe. “We have no leverage against China,” observes Prestowitz. “China is playing with a full deck. Japan was playing with half a deck.”

China also has the support of foreign firms who feel dependent on the vast Chinese market and on its role as a manufacturing platform. But the willingness of American multinational firms, such as Apple, to step up in Washington in defense of China is weakening, observes Chris Nelson, the author of the influential Nelson Report on Asia and trade policy. There is a growing “perception of unfairness and a lack of reciprocity,” Nelson says. “People are not making the money they should have in China.”

The most effective weapon to be deployed against China may be currency rates, including a declaration by the Trump Treasury Department that China is a “currency manipulator.” This step, the Navarro and Ross authored Trump plan says, “will allow the US to impose defensive and countervailing tariffs if the currency manipulation does not cease.”

This move could hit a broader set of targets. “China is in their minds, probably the main issue,” says Prestowitz, “but that doesn’t mean there aren’t issues with Japan, Korea, Germany and others. Currency is a big issue.” Even another Plaza Accord, an attempt to create a new structure for international currency management, could be on the table, he says.

When it comes to multilateral trade deals, like the Trans Pacific Partnership, the trade trio sees little value in trying to salvage that negotiation. They don’t believe the TPP would have in any way hindered the Chinese, sources close to the transition say. A bilateral free trade agreement, newly negotiated, with Japan or other countries in Asia is more realistic, those sources say.

There is, of course, a large element of unpredictability in trying to anticipate where things are headed in the new Trump administration. But when it comes to trade and industrial policy, the President himself has been remarkably consistent, going back to the 1980s, as I wrote earlier here.

What is also clear is that the trio of Navarro, Ross and Lighthizer, have long ties to Trump and share and reinforce his views. Among them, Navarro appears to be playing a much broader role on Asia policy, where he has been an outspoken critic of China and an advocate of broad American military buildup in the Pacific. He is said to be involved in all Asia-related appointments. “It looks to me like Peter Navarro is going to be a force in the Trump administration,” a source close to the transition told me.

So for Japan, and other nations in Asia, it is time to put aside dreams of business as usual and work to grasp the ideas of the men now running Washington.