an economist and author, director of a number of global corporations. 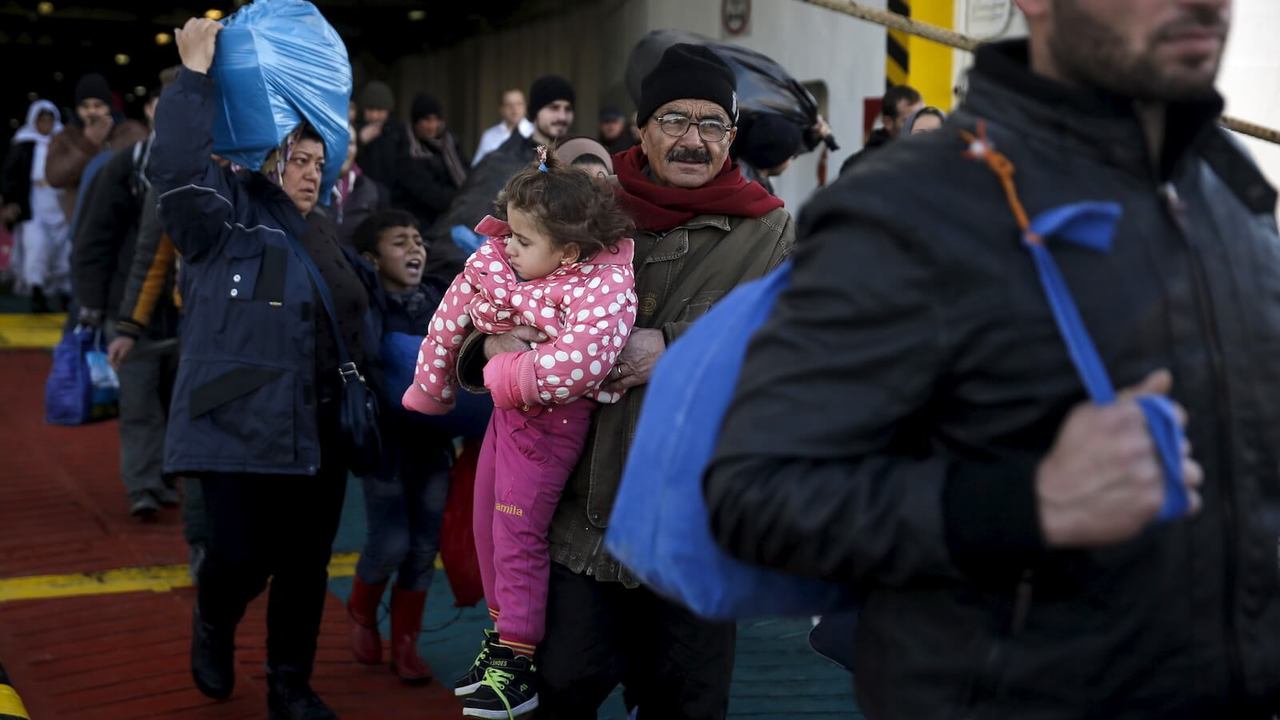 NEW YORK – The roughly 750,000 people who have arrived in Europe by sea in 2015 make up just a small part of the 60 million people displaced by war or persecution – the largest number in recorded history.

Europe has experienced a mass influx of migrants before; some 700,000 refugees entered the European Union following the 1993 the breakup of Yugoslavia. But this marks the first time in history that the EU has been tasked with accommodating so many people from outside the continent, including new arrivals from Libya, Syria, Iraq, and Afghanistan.

Moreover, the non-European refugees who landed on European shores this year are unlikely to be the last. But the EU’s response to mass migration makes it less likely that the refugee crisis will be resolved in a sustainable way.

Unless European leaders incorporate a long-term vision into their approach to migration, the probability of emergencies similar to this year’s refugee crisis will continue to rise. And that approach needs to acknowledge how domestic European policies contribute to the movement of people from the developing world.

The EU’s current myopic, reactive response to mass migration is driven by a zero-sum view of the economy that ignores the far-reaching effects of domestic policy. In its design and implementation, it is focused almost exclusively on immediate measures and short-term outcomes. The possibility of future impact is largely discounted.

Rather than attempting to dissuade mass migration by encouraging and supporting fundamental, long-term economic and political development in countries that are impoverished or wracked by civil strife, EU policymakers tend to intervene after the fact, with pledges of aid and emergency resettlement schemes. But, because this approach ignores the root causes of migration, it is unlikely to be effective in the long run.

The failure to take a long-term view not only undermines the effectiveness of the EU’s response; it is actively counterproductive. The absence of a framework that addresses the factors driving migration leaves politicians free to attend to their domestic markets, with little thought to the negative political and economic externalities that may be wreaking havoc outside their borders.

Protectionist, multi-billion-dollar programs – such as the EU’s Common Agricultural Policy and farm subsidies in the United States – prop up domestic producers at the expense of emerging economies. These unfair trade practices have a devastating impact on the income and living standards of farmers in South America, Africa, and Asia, who are unable to compete with their richer, coddled rivals.

More recently, the monetary policies adopted by advanced economies, in particular the US, have contributed to the dramatic weakening of emerging-market currencies. The US Federal Reserve’s 2013 “taper tantrum” over the expected reduction in the scope of quantitative easing, and expectations of an interest-rate hike, have all contributed to a marked outflow of capital from the developing world.

According to the Institute of International Finance, some $548 billion fled emerging markets in 2015, the largest outflow since 1988. The result has been a dramatic drop in the amount of capital available for much-needed investment in infrastructure and productive capacity. This has resulted in slower growth across the developing world, home to more than 80% of the world population.

Blinkered policymaking is entrenching what Pope Francis has described as the “globalization of indifference.” Increasingly, domestic policies are evaluated for their local benefits, with little consideration given to their social, economic, and political consequences abroad. The ideals of globalization, which emphasized cross-border interconnectedness, are being replaced by a framework of “every nation for itself.”

A lasting solution to Europe’s migration crisis must take into account the impact developed-country policies have on the rest of the world, including economic instability and political upheaval in many of the countries from which migrants are arriving. Policymakers should carefully consider the second-order effects of their policies, as they reverberate back on their own economies in the form of disorderly, growing mass migration.

The current global economic and geopolitical environment is a crucible for the next wave of migrants. The International Monetary Fund and the OECD have been rapidly downgrading their forecasts for global economic growth, and the Economist Intelligence Unit estimates that nearly half of the world’s economies are at a “high” or “very high” risk of political and social unrest.

This mix is a disaster waiting to happen, one that global policymakers should act to avert, rather than waiting to respond only after the next crisis has erupted.

A Very Tolerant Christmas for All Over The World