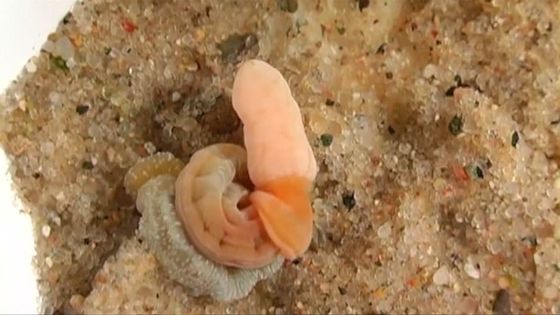 There's probably not much of a family resemblance, but a new study shows humans share more genes with this worm than many other animals.

The research was led by the Okinawa Institute of Science and Technology Graduate University.

They sequenced the ocean-dwelling Acorn Worm's genome, finding that 8,600 families of genes are shared across deuterostomes. (pron. deuterost-ohms)

These are a large animal grouping that includes a variety of organisms, ranging from acorn worms to star fishes, from frogs to dogs... and to humans.

The scientists say that approximately 70 percent of our genes can be traced back to the common ancestor of all deuterostomes - an extinct animal that lived half a billion years ago.

The study, a collaboration of teams from around the world, was published in scientific journal Nature.

"Soba" Has Two Meanings in Japanese