Ahead of Summit, China Urges Japan Make Break From "Inglorious" Past 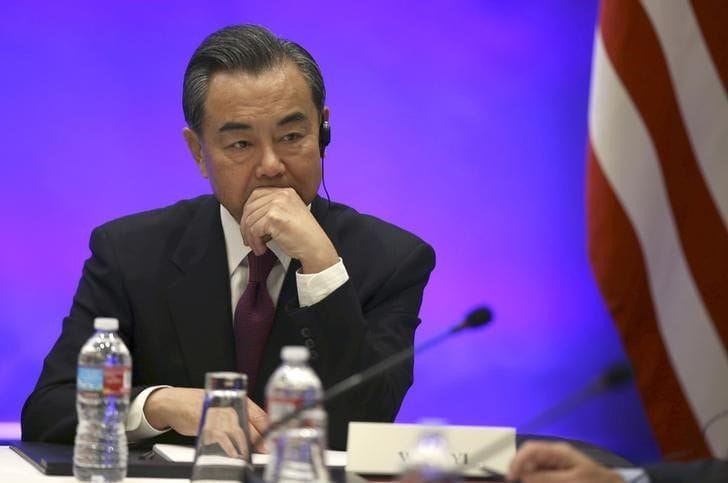 BEIJING (Reuters) - Japan needs to make a clean break from its "inglorious" past and take on an entirely new outlook if it wants to have stable and healthy relations with China and South Korea, China's foreign minister said on Tuesday ahead of a weekend trilateral summit.

The neighbors have been moving to improve ties long overshadowed by their painful history, holding a foreign ministers' meeting in March and trying to restore what had been a regular forum at the summit level to discuss cooperation.

Ties with Japan have long been strained by what Beijing and Seoul see as Japanese leaders' reluctance to atone for the country's wartime past. China and South Korea suffered under Japan's sometimes brutal occupation and colonial rule before Tokyo's defeat in 1945.

Speaking at an academic forum in Beijing on relations between the three, Chinese Foreign Minister Wang Yi said a correct attitude to the past was the precondition to looking forward.

"If the history question is handled properly, then relations between the three countries can progress. If not, then they will certainly stall," Wang said, according to a transcript carried on the foreign ministry's website.

"This certainly isn't China and South Korea clinging on to old debts, but because for these three countries there is no way to avoid history, and it cannot be overlooked."

"We hope that Japan genuinely and sincerely reflect on all its past mistakes, simply and directly make a clean break with that inglorious past, take an entirely new outlook to join hands with the people of China and South Korea and get on the path to healthy, stable and sustainable development."

The summit in Seoul will be the first between the three in three years, and China will be represented by Premier Li Keqiang.

Japanese Prime Minister Shinzo Abe has met Chinese President Xi Jinping twice since November 2014. But Abe has not had a one-on-one summit with South Korean President Park Geun-hye since taking office in December 2012.

The summit, held annually since 2008, was discontinued amid diplomatic tension between Japan and South Korea and Japan and China stemming both from the war and territorial disputes.