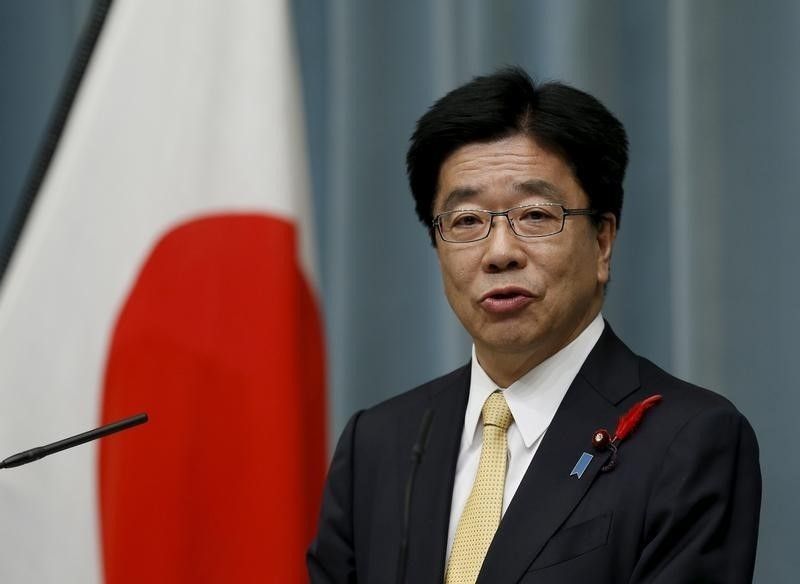 TOKYO (Reuters) - A new Japanese cabinet minister tasked with finding ways to boost the birthrate and keep a shrinking population from falling below 100 million said on Thursday he hoped to win over more Japanese to his view that childrearing is rewarding.

Solutions to Japan's population slide have eluded policy makers for decades. Forecasts based on current trends expect the population to fall below 100 million in 2048, and to about 87 million by 2060, when 40 percent of people will be 65 or older.

Katsunobu Kato was promoted to a new post in a cabinet reshuffle this week as Prime Minister Shinzo Abe moved to showcase his newly-minted slogan, "Society in Which All 100 Million People Can be Active."

The slogan is meant to reflect a commitment to spreading the benefits of economic growth to everyone.

Kato, a father of four, gave few clues to how he planned to achieve his ambitious goals, however.

"My personal feeling is that raising children can surely be hard," Kato, 59, told reporters, when asked about his experience as a parent.

"But it also gives you happiness that outweighs the difficulties. I would like to tackle my job so that everyone can share such a feeling."

Abe is drawing a demographic red line to halt the slide in Japan's population at 100 million people by 2060, or a fifth below the current figure.

The prime minister is also aiming for a 20 percent expansion in Japan's economy to 600 trillion yen ($5 trillion), more support for childrearing and social security reform.

Japan's fertility rate of 1.42 is below the figure of 2.1 needed for a stable population without immigration. Abe has for now ruled out opening the door wider to foreigners.

Abe has instructed Kato to take the lead in drafting a first round of policy steps by the end of the year.

"Although various measures are already in progress, we need to discuss what's missing and what steps we need take to achieve the goals," Kato said.

Kato's plethora of ministerial titles give him responsibility for tackling gender equality, boosting women's empowerment, and building national resilience, among others.

Abe Says TPP Would Have Strategic Significance If China Joined