The Best Japanese Tea You Ever Had 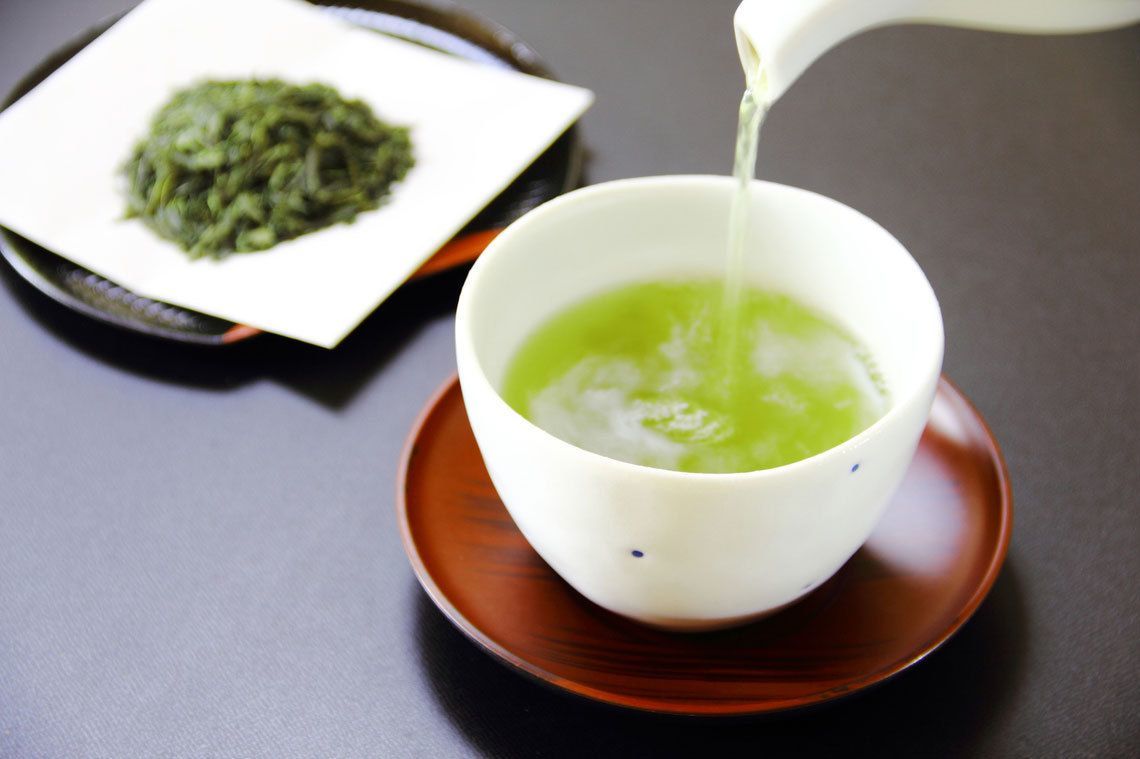 Wherever you are in the world today, chances are, you’re never too far away from Japanese culture. From anime to traditional green tea, you’d be hard pressed to find someone who doesn’t know a thing or two about something Japanese.

But whilst pop culture seems to be taking the centre stage on the web, its actually green tea to be at the forefront of this popularity growth spurt. According to the Ministry of Agriculture Forestry and Fisheries, the total export value of green tea in 2012 was around 1.5 times that of 5 years earlier with demand being highest in the US and Europe. With seemingly no obvious signs of a slowdown in the market, exports of the traditional beverage is set to increase further by 3 fold before the end of 2020.

These numbers all sound good but what do we really know about traditional Japanese green tea? This is a difficult question to answer and you’d be forgiven for hesitating. The unfortunate truth is that even in its native home Japan there are only a handful of traditional green tea connoisseurs and talented purveyors still remaining.

Sanyu Kanbayashi is one such individual and we caught up with him to learn more about the Japan’s age old beverage.

The Choice of Heros

This article is originally published by Toyokeizai Online, and edited by Ignition staff

Sanyu Kanbayashi is the 16th heir to the Mitsuboshien Ujicha (Uji tea) shop. Located in the historic town of Uji in Kyoto, Mitsuboshien has been brewing and selling their signature teas for around 450 years. In fact, the shop itself sits right alongside the main approach to the Byodo-in world heritage site - a fitting backdrop for the equally historic tea shop.

Of course, Kanbayashi isn’t the only mainstay name when it comes to Japanese tea. For many people in Japan, Rikyu Senno is usually the first name that comes to mind but few realize that the two (first generation) tea purveyors were actually good friends!

So just how good was the first generation Kanbayashi’s tea? Only good enough to be the favorite of Japan’s most iconic General heroes Nobunaga Oda, Hideyoshi Toyotomi and Masamune Date! With accolades like these it’s easy to see why they’re one of the best and longest established shops in the industry.

Today, this translates into Kanbayashi’s Ujicha being one of Japan’s ‘San Dai Cha’ - one of the 3 iconic and most highly regarded types of tea in Japan.

However, with the advent of mass production and increased demand, it isn't entirely surprising to find blended variants of Ujicha in the market. In fact, regulations have made it easier stating that so long as 50% or more of the tea leaves are from Uji, these can be labelled Ujicha.

Make what you will of these facts, but for Kanbayashi and his shop Mitsubishien its a trend they’re more than happy to buck; the Ujicha they produce is made 100% using tea leaves from Uji.

From a business perspective, mass production and/or buying leaves from wholesalers would actually yield higher revenues and profits for the long established tea maker. It’s a model that countless other tea makers have (had to?) transitioned to over the years. Not that there’s anything wrong with that as the market will always need suppliers that can satisfy the vast majority of the demand out there. Mitsuboshien then is the supplier that answers to the minority of buyers who cannot be satisfied with mass production tea.

These are the kind of buyers who want only the best even if it is at a premium of 10,000 yen for 100g. Aptly named ‘Gyokuro’ (which means premium grade) Kanbayashi liaises directly with farmers to handpick only the best tea leaves for this particular Ujicha.

Unlike other tea leaves, Gyokuro leaves are grown in a completely different way which is why Kanbayashi was compelled to liaise directly with farmers as opposed to wholesalers. When growing these leaves, photosynthesis produces Catechin a type of antioxidant that gives the tea its bitterness. Once these begin to bud, the amount of sunlight is restricted to allow for Theanine (a type of amino acid) to be produced and create a balanced bitter sweet aroma/taste. These are then usually harvested 3 times a year and respectively labeled 1st 2nd and 3rd harvest when selling. However, Mistuboshien’s luxury Gyokuro uses leaves from fields that are harvested only once a year to maintain the soils fertility and in turn the premium grade of its leaves.

With this knowledge and the finished product at our fingertips It seemed like such a shame to end there though. So we asked Kanbayashi to show us how they would pour the perfect cup as seasoned professionals and connoisseurs.

Now to say we were surprised to see what came next is an understatement. Forget what you know about Japanese tea because whilst we looked around for a teapot and hot water, Kanbayashi showed us that ice cold water is the way to go. Needless to say we are sceptical of his methods but there is scientific backing to this so-called madness: Hot water causes the leaves to produce Tannin. Similar to that found in wine, this adds an unwanted bitterness to the taste/aroma. Using ice cold water on the other hand, keeps those Tannins at bay, allowing for a more enjoyable experience. And yes, it really is an experience.

If you really must have hot tea, their recommendation is to first swirl the hot water in a cup to bring the temperature down to at least 80 degrees celsius. This way, it at least keeps the bitterness to a minimum for those who prefer a warmer cup.

A Cup of Luxury Experience

Perhaps one of the greatest things about Mitsuboshien is their proactive approach to making their premium teas and 450 years of know how accessible to just about anyone from foreigners to students and many more. They regularly hold workshops in which participants can learn about the history of Japanese tea making and even try it for themselves. This isn’t a marketing ploy or something to scoff at. Mitsuboshien uses premium tea leaves worth 50,000 yen per kilo (around $500) in these classes - after all this is a luxury experience!

Its approaches like this and their unfaltering commitment to being the purveyors of authentic high quality teas that have allowed Mitsuboshien to survive well into the modern day.

It is a quite challenging time for many businesses with countless being forced to foreclose or embrace change as a necessity at the expense of brand integrity. But without companies like Mitsuboshien to buck this trend and keep traditions alive Japan would lose not only its heritage but also its identity.

Whether for good or bad, change is all around us. But there will always be a place for companies like Mitsubishien to show us that sometimes we just need to sit back and relax with a nice cup of tea.

The Hamburger Worth Traveling to Japan