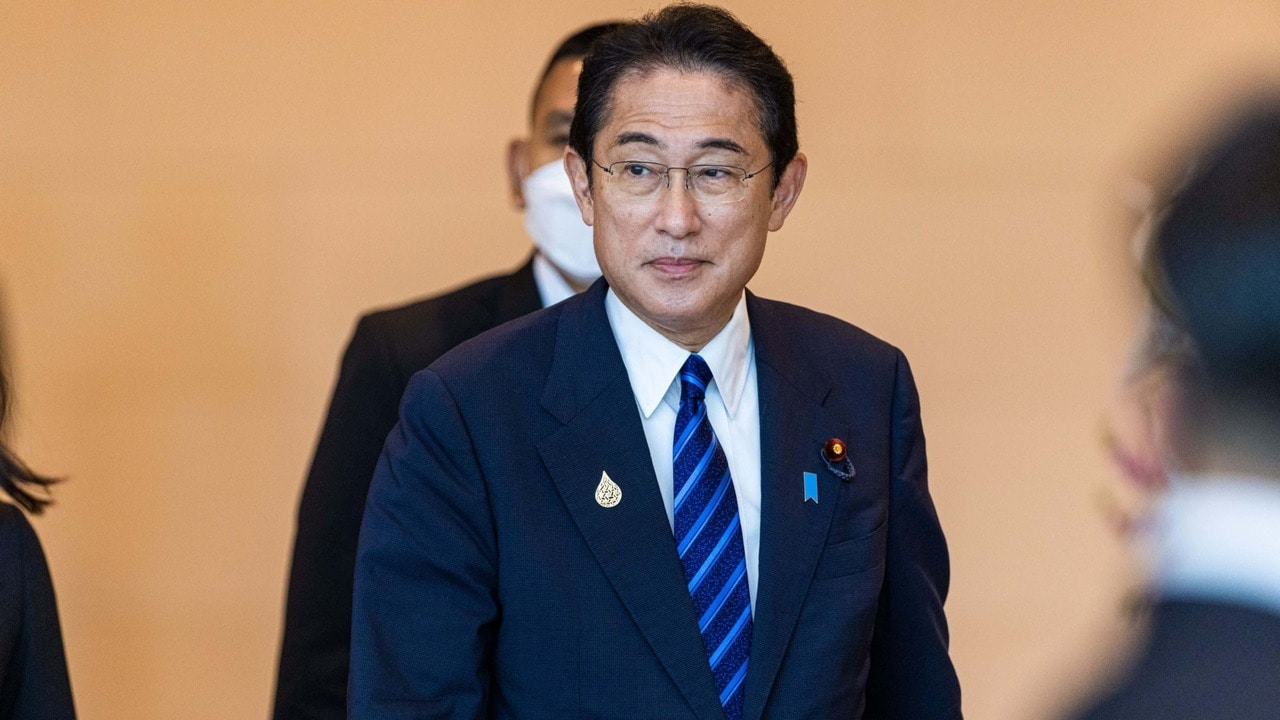 The visit of a new Prime Minister to Washington is a well-established ritual of legitimation of rule in Japan. Usually, it takes place shortly after coming to power, but in the case of Prime Minister Kishida Fumio, the audience in the Oval Office has been delayed.

The two leaders did meet met on the sidelines of a regional conference in Cambodia in November. And there is an almost constant stream of contact going on between the Biden administration and the Kishida cabinet. But going to Washington usually signals the status of a close ally. And the White House, well aware of the shaky nature of Kishida’s leadership, is eager to shore up that image.

For Kishida, the trip comes at a crucial moment. The trip will take him also to Britain, France, Italy, and Canada, in preparation for hosting the Group of 7 summit in his hometown of Hiroshima in May. At the least, this calendar ensures there will be no change in Japanese leadership for a while.

As is often also the case, Kishida comes bearing gifts – this time in the form of a trio of security and defense policy documents, highlighted by a revised national security strategy, a national defense strategy, and a defense buildup plan that promises to double current spending. The plans drew praise from the Biden administration which issued an unusual statement of support for “Kishida’s and Japan’s leadership around the world.”

American media and expert commentary trumpeted these documents as a dramatic shift in Japanese security policy, an abandonment of decades of “pacifism” in favor of an assertion of an ambitious military role not seen since the end of World War II. In reality, these policy documents do not represent a shift in direction for Japan as much as an acceleration of the pace of changes that were already made under the late Premier Abe Shinzo.

The slow-burning coals represented by the 2014 reinterpretation of Japan’s constitution to allow for the exercise of the right of collective self-defense, codified in the 2015 defense laws, have now been splashed with a dose of gasoline. That came in the form of Russia’s invasion of Ukraine, which has acted as a huge shock to the Japanese public and to the national security bureaucrats.

“What surprised me is how supportive the Japanese public has been toward Ukraine,” a former U.S.-Japan alliance manager told Toyo Keizai Online. “That sympathy towards the plight of Ukraine has opened up a window for the Liberal Democratic Party (LDP) and the bureaucrats to create new military capabilities. They are saying, looking at the Russian invasion – you see it happening to the Ukrainians, we don’t want that to happen here.”

A former senior Japanese foreign ministry official compares the impact of the Ukraine war to the coming of Commodore Perry’s Black Ships, the catalytic event that compelled Japan to open up to the world.

In this case, the Ukraine war caps off a long process of evolution of Japanese security policy, driven in part by developments in the region, mainly the growing threat of North Korean missiles and nuclear weapons and the aggressive assertion by China of its military presence in the East China Sea.

Long range strike and the NATOization of Japan

The most widely publicized example of this accelerated pace is the decision to purchase long-range cruise missiles, initially a large stock of older American Tomahawk missiles, that would give Japan the ability to hit targets as far as China and North Korea. The theoretical discussion of this capability goes back to the mid-1950s but it gained visibility during the Abe era. Still the idea faced considerable opposition, even with in the LDP, and from the LDP’s coalition partner, the Komeito.

Thanks to the Russian invasion, the LDP advocates were able to push through the idea through as a key part of the new buildup plan. In deference to the Komeito, the new policy calls this a “counter-strike capability,” avoiding, for now, talk of a pre-emptive attack on a North Korean missile warming up on a launch pad.

This decision is only part, however, of a much broader movement to tie Japanese defense policy and decision making even more tightly with the United States and to create new security partnerships with the North Atlantic Treaty Organization (NATO) and with Australia. Japan and the U.S. are still far from a NATO-style alliance, which would involve joint commands, something the Japanese constitution effectively bars and which neither military is prepared to undertake.

But short of that leap, a gradual NATO-type change is quietly taking place. Joint operational planning between the US and Japan, previously something that took place under the cover of joint exercises, is now emerging into the open. This was the clear message of the meeting of defense and foreign ministers held this week in Washington – the 2+2 meeting, though both sides carefully sidestepped questions about how far down the road such talks have gone.

Concrete discussions about combined operations in preparation for possible conflicts in the region, such as war with China over Taiwan, are quietly underway, a senior U.S. military official recently told the Financial Times. Japanese and American military planners have “seen exponential increases” over the past year in this kind of operations planning, said Lieutenant General James Bierman, the commander of the Third Marine Expeditionary Force based in Okinawa.

This is based on the lessons of the Ukraine war, the Marine General explained.

“Why have we achieved the level of success we’ve achieved in Ukraine?” General Bierman said. “A big part of that has been because after the Russian aggression in 2014 and 2015, we earnestly got after preparing for future conflict: training for the Ukrainians, pre-positioning of supplies, identification of sites from which we could operate support, sustain operations. We call that setting the theater. And we are setting the theater in Japan.”

The new National Security Strategy and Defense Strategy reflects that thinking. The documents stress the profound challenge to the international order represented by the Russian invasion and the necessity it creates for Japan to be able to defend itself. And it links the Russian example to the threats closer to home – in particular, from China and North Korea.

“Russia's aggression against Ukraine has easily breached the very foundation of the rules that shape the international order,” the National Security Strategy declares in its opening section. “The possibility cannot be precluded that a similar serious situation may arise in the future in the Indo-Pacific region, especially in East Asia.”

The National Defense Strategy stresses the need for Japan to upgrade its own defense capabilities in order not to offer itself as an easy target, and to be able to credibly seek support from allies.

“The fact that Russia, a permanent member of the United Nation Security Council, has launched an aggression against Ukraine, tells us that maintaining Japan’s own sovereignty and independence can be achieved through its own independent and voluntary efforts and that it is important to expand the role Japan can play to avoid inviting foreign aggression,” the document states flatly.

“The military background for Russia’s aggression against Ukraine was that Ukraine's defense capability against Russia was insufficient, thus failing to discourage and deter Russian aggression; Ukraine did not possess sufficient capabilities. Also, while no country can defend its own security by itself alone, there is a renewed recognition of the importance of cooperation with allies who have the intention and capability to respond to invasions jointly to deter invasions from outside.”

American defense policy experts are closely watching the impact of Ukraine on Japanese thinking and on the security alliance.

“There is almost a Ukraine theory of alliance entanglement,” observes Van Jackson, a former Obama administration defense official who now teaches at New Zealand’s University of Wellington. “If you have enough capacity to repel an invasion for some time, then maybe you catalyze the ability of an ally to come in and support you.”

Despite these quiet steps, Japanese officials are careful to avoid any talk of combined operations, much less command. The adoption of long-range missile capability is supposedly part of Japan’s own self-defense deterrence efforts. Operationally, however, the use of Tomahawk cruise missiles would necessarily tie Japan even more tightly to U.S. defense operations planning.

Such missiles cannot be used without the sophisticated intelligence, surveillance and reconnaissance (ISR) that only the U.S. possesses. “We have the veto power over that, if they actually want to hit the things they are targeting,” Jackson told Toyo Keizai.

And the use of missiles alone is not realistic, American defense planners say. “We launched 50 Tomahawks at an airbase in Syria and a week later the base was operational,” the former US alliance manager says. “Tomahawks in themselves are not a solution. We build capabilities that operate in concert with each other.”

Despite this reality, a true NATO-type collective defense organization, one which envisions Japan carrying out operations that go beyond self-defense, is still well beyond what the Japanese public would support. And the new security documents clearly reiterate those limits as Japanese basic doctrine and policy.

What the new national security strategy calls for, instead, is a looser multilateral security framework in Asia. That begins with the U.S. alliance but also includes the new security framework with Britain that Kishida is signing on this visit, along with the cooperation to build a new 6th generation fighter plane.

“NATO is not the right paradigm,” argues the former alliance manager. “Japan needs to focus on mutual interests and initiatives, not obligations.”