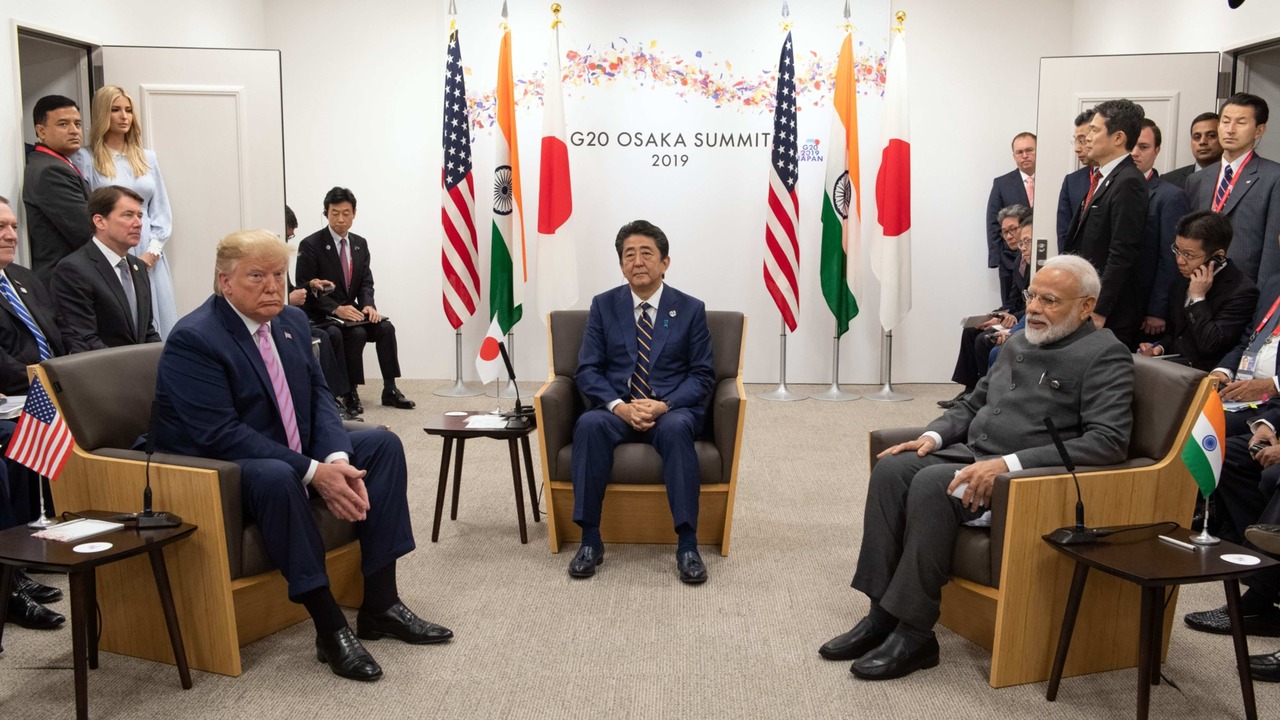 The outpouring of global emotion and public expressions of grief at the violent assassination of former Prime Minister Abe Shinzo are a recognition of the unusual status that a Japanese leader had achieved as a global statesman. The decision of U.S. President Joe Biden to order flags to be flown at half-staff in front of all American government buildings was a rare tribute to the leader of a foreign state.

Abe transcended the faceless image of a revolving door of Japanese prime ministers through both his extraordinary longevity in office and his readiness to step out front as a leader. But Abe’s role within Japan, from his ruthless use of power to his polarizing views, remained largely invisible to the rest of the world.

“In the minds of people in the foreign policy world, what the outside saw was Abe the statesman,” Council on Foreign Relations Japan director Sheila Smith told Toyo Keizai Online. “And then there is Abe at home. You cannot take away the legacy of Abe on the diplomatic and foreign policy side, even though people at home see him as an ideologically catalyzing figure.”

American analysts and commentators have almost entirely focused on Abe’s foreign policy and security legacy. They give him credit for the expansion of Japan’s security role, based on the reinterpretation of the constitutional restrictions on collective self-defense.

And they praise Abe as the strategic author of the Quadrilateral security dialogue and the concept of a “Free and Open Indo-Pacific (FOIP), the attempts to construct regional security frameworks to confront China. And they point to Abe’s decision to not only negotiate the Trans-Pacific Partnership but to continue to construct the trade alliance even after U.S. President Donald Trump abandoned it on his first day in office.

“This was a person who had a vision, who knew how to implement it, connected to domestic politics, and who made it happen,” says Richard Samuels of the Massachusetts Institute of Technology, a respected expert on Japanese foreign and security policy. “He left behind a new map of Japan in Asia, one whose global role is more assured.”

Abe gained power in his second term by touting a revival of the economy, but he gets fairly low marks on that front from the outside. Abe succeeded in restoring a sense of confidence in Japan’s ability to restore growth and play a role in the world economy.

Much of the credit for that, however, is given to the Bank of Japan’s monetary easing policy and fiscal spending. Promises of structural reform – the famed ‘third arrow’ of Abenomics – were never realized, American analysts generally agree.

Abe was not really interested in economic issues, says Columbia University’s Gerald Curtis, the doyen of American experts on Japanese politics. “I met with him many, many times,” Curtis told Toyo Keizai. “What he was really interested in was having Japan play a bigger role on the world stage and being a big player himself.”

In certain American circles, Abe has been painted as an architect of an anti-China strategy that the U.S. has adopted, or one-dimensionally as a faithful ally of the U.S.

“Abe reoriented Japan’s foreign policy to focus on long-term competition with China when U.S. and other world leaders were still clinging to an engagement-based approach with Beijing,” wrote Washington Post commentator Josh Rogin.

But more serious analysts of Japan reject that as a simplistic understanding of Abe’s statesmanship.

“Abe’s three years of extensive courtship of China is totally written out of the story,” says Tobias Harris, author of the only English-language biography of Abe. From late 2016 on – overlapping with the Trump administration – Abe was in fact carefully cultivating relations with Chinese leader Xi Jinping, preparing for a 2020 visit that was aborted by the Covid pandemic.

This engagement with China was based on “an understanding between Tokyo and Beijing that Trump wanted to trash the global trading system that everyone needed.”

While the emphasis in American commentary has been on Abe’s push for Japan to play a more aggressive security role, and tighten defense ties with the U.S., his foreign policy is understood as more about careful coalition building with Asia and Europe, leadership on global economic issues, and diplomacy, rather than a hawkish vision.

“Japan’s leadership in that conception has been exceptional,” says Smith. While the focus is on defense, the larger challenges faced were to get the economy “up and going again, and to build resilience to global shocks.”

The pandemic, climate change, and China’s aggressive behavior were only part of what Abe had to confront. Equally serious, in the view of experienced American analysts, was the ability to manage the alliance with the U.S. in the shift from President Barack Obama to the advent of the unstable and isolationist rule of Trump.

“You saw an Abe that had to pivot very fast to the realities of American politics, and he was very deft at that,” says Smith, one of the most respected American policy makers on Japan. Abe was criticized for his obsequious courting of Trump, from the gifts of gold clubs to his lavish public praise. But he gets kudos for absorbing Trump’s retreat from the TPP, moving ahead with the trade pact with the U.S., while keeping the alliance intact. “They went ahead on this without us,” says Smith.

Abe’s achievements as a statesman are by no means seen as without flaws. American observers point to two obvious failures – his relentless courting of Russian leaders Vladimir Putin, to no effect, and his heavy-handed handling of relations with the other principal U.S. ally in Northeast Asia, South Korea.

Abe’s belief that he could draw Russia away from China, and resolve the postwar territorial dispute with Moscow, is viewed as naïve, and certainly fruitless. In the American view, his hopes for a breakthrough with Putin was an odd lapse in Abe’s statesmanship. “Did he have to meet him 28 times to realize he was being played?” asks Curtis.

The downturn in relations with Korea, while not entirely blamed on Abe, is understood as a strategic blind spot for the Japanese leader. Under American pressure, during the Obama administration, Abe reluctantly reached an agreement to apologize for the treatment of the Korean women who were forced into sexual servitude by the Imperial Army during the war. But even after making that deal, Abe continued to press his view that Japan should could close the door on taking responsibility for its wartime crimes.

The issues of wartime history are one realm where Abe’s dual role as statesman and as a domestic political leader came into visible conflict for outsiders. Abe’s ideological leadership of the revisionist and nationalist wing of the ruling conservative Liberal Democratic Party is known but not well understood outside of Japan. Instead, the world saw Abe more as a pragmatist, who put his ideology aside to make gains elsewhere.

After Abe, whither Japan?

Abe’s removal from the Japanese political scene opens a door to what some American analysts fear is a dangerous moment. The shock over his assassination could shake Japanese confidence in their future, coming at a time of war in Europe, challenges from China, and questions about the future of American politics and credibility.

“Japanese leaders sense that and the country can go in two ways – Japan can be rational and cool, and adjust Japanese strategy,” argues Curtis. “Or they can play the Trump card and appeal to anxiety and apprehension to stir up support for a populist program.”

Moves to rapidly raise defense spending, or even to use the death of Abe to push quickly for his long-held goal of revision of the anti-war clause of Japan’s constitution may now be more politically viable.

But the impact of this act of terror on the Japanese social psychology is far from clear, American analysts agree. “I am not worried about this assassination taking Japan off the rails,” says MIT’s Samuels.

More importantly, there is no figure in the LDP who seems ready, or able, to step into Abe’s shoes, either as the leader of the largest faction in the party or as a champion of the nationalist right.

“There is a huge power vacuum in the LDP,” says Abe biographer Harris. “Does the Abe faction survive this without him there? There is not an obvious successor. Nor is there a person to head the informal rightwing of the party that he led. He was able to combine the roles of faction leader, chief ideologue and as statesman, and it gave him a ton of power. Who is going to match that?”

It is equally uncertain to American observers whether Prime Minister Kishida Fumio can now step out of Abe’s shadow. In recent months, Abe was increasingly critical of Kishida, publicly calling for Japan to be more ready to intervene in a war over Taiwan and to discuss nuclear weapons. Kishida pushed back somewhat, and showed flashes of leadership on global issues such as the war in Ukraine.

“But what does Kishida himself really believe in?” asks Curtis, for many decades the premier analyst of Japanese politics. “This is the opportunity for Kishida to come forward but whether he has the makings of a real leader is not clear.”

Kishida’s talk of a “new capitalism” is viewed as largely without content. Even if the LDP wins a clear victory in the Upper House elections, Kishida will face his most daunting challenges not in the realm of statesmanship but in the economy, argues Smith.

With energy prices rising, inflation growing and wages still flat, “Kishida is going to have to find a way to have Japanese households feel like they are gaining more,” she predicts. “As much as we like to talk about strategic issues, it is going to come back to the economy.”

“This is a moment when some change is possible,” says Samuels. “The question is what change.”