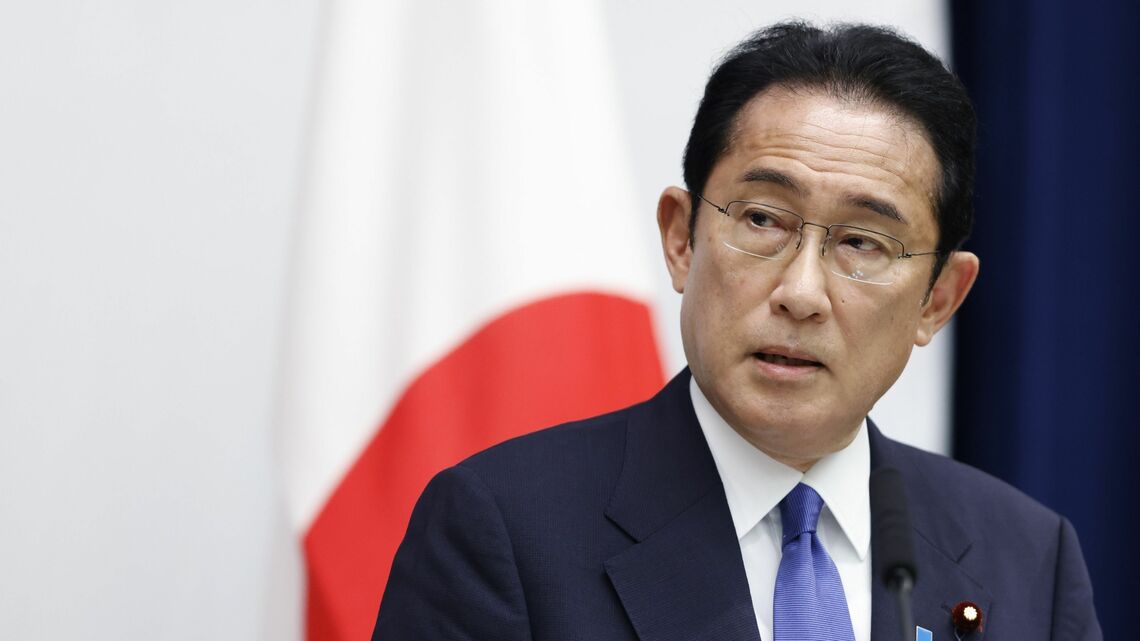 The announced formation this week in Seoul of a government-civil society advisory group, charged with finding a solution to the issue of wartime forced labor, is the latest, and the most significant, sign of the determination of the new Korean government to make a breakthrough in relations with Japan.

After a week of meetings in Korea with senior officials of the Yoon Suk-yeol administration and academic and other policy experts deeply involved with Japan, this writer could not find anyone who does not share this goal. It extends across the political spectrum, with the exception of hardline leftwing activists and their supporters in the former ruling Democratic party.

“Restoration of relations with Japan is our priority,” a senior advisor to President Yoon told me last week. The Yoon government is stocked with senior officials who are long-time advocates of good links with Japan, among them Foreign Minister Park Jin, deputy national security advisor Kim Tae-hyo, and the new Amb to Tokyo, Yun Duk-min.

The new government sees close ties to Japan as integral to its broader aim to make Korea a pivotal player in the global struggle of democracies against authoritarian challengers such as China and Russia, symbolized by the presence of both Korean and Japanese leaders at the NATO summit last week.

“We need to improve relations with Japan,” echoed Pak Haksoon, a well-known liberal policy maker, formerly head of the Sejong Institute, a powerful thinktank. “I am sorry [former President] Moon Jae-in did not do something creative toward Japan, so we will give some room to Yoon.”

Whatever leeway the new Korean President has to explore a pathway to normalization of relations is, however, limited. The conservative leader was elected by a historically slim margin, and though bolstered by victories in local elections last month, his popularity is already slipping. The Democratic party controls the National Assembly and they are not interested in making his life easier, particularly on any proposed compromise on sensitive wartime issues.

“People cannot forget about past history,” says Pak, who now heads a thinktank dedicated to former leader Kim Dae Jung. “If Yoon goes ahead without caring about what South Koreans keep deep in their hearts, there will be serious repercussions.”

Equally problematic is the attitude of the government of Prime Minister Kishida Fumio which has responded to every overture from Seoul with exceeding caution, if not coldness.

Korean officials point to some positive signs, among them the attendance of Foreign Minister Hayashi Yoshimasa at Yoon’s inauguration and the reception for their transition team delegation in Tokyo.

But Tokyo refused a proposed visit by Korean Foreign Minister Park last month and turned down Korean attempts to organize a serious bilateral meeting at the NATO summit, settling for a very brief exchange at a formal dinner and a short trilateral meeting organized by U.S. President Joe Biden.

At that meeting, Kishida made no gestures to personal ties and talked only about a joint response to the threat of North Korean nuclear testing.

Korean officials and Japan hands attribute Kishida’s less than a warm response to several factors. Most point to the upcoming Upper House elections and to the ongoing power of more hardline conservatives in the ruling Liberal Democratic Party closely tied to former Prime Minister Abe Shinzo, who don’t see the change in government in Seoul as a meaningful shift in Korea.

Japanese officials continue to insist that there can be no real progress until Korea makes a clear first step to remove the history issues that loom over the relationship.

“The Japanese were worried about meeting without a result,” observed former South Korean Foreign Minister and Amb to Japan, Yu Myung-hwan. “Kishida is not free from Abe’s influence.” He points to Kishida’s yielding to Abe’s pressure to push for a UNESCO world heritage status for a former gold mine on Sado Island which used wartime Korean forced laborers.

“Kishida doesn’t differentiate between the left in Korea, which is anti-Japan, and the Korean people who want to have better relations,” says Yu, who has been a prominent advocate of improved Korea-Japan relations.

He acknowledges the ongoing undercurrent of anti-Japanese feelings but urges Japan to provide the new government with more reciprocal and clear support for its efforts. “Kishida should help Yoon,” he says. “Just to meet and shake hands is very timid.”

Korean government officials share that frustration with Japanese caution, though they understand both the need to be patient and to take the first steps. Senior American officials echo those views.

In Seoul, there is a great deal of interest in the upcoming Japanese elections and the potential fate of Kishida and of Hayashi, who has been an active player in Korea-Japan relations and enjoys good personal relations with senior Koreans.

Kishida’s role in negotiating the 2015 Comfort Women agreement - and in persuading Abe to accept that deal - is appreciated by senior Korean officials. But there is also the sense that Kishida feels burned by the collapse of that deal at the hands of the Moon government and is now reluctant to risk a new bargain with Seoul.

The newly announced public-private committee is an attempt to meet the Japanese demand for a ‘first step.’ The committee is chaired by Vice Foreign Minister Cho Hyundong, an experienced official who is well aware of the challenges in finding an acceptable solution.

The 12 members of the committee include academic experts, business figures and, crucially, two lawyers who serve as the legal representative of the forced laborers. The goal is to come up with specific proposals, ones that have the backing of the victims and are potentially acceptable to Japan as well.

The key immediate issue is to avoid the implementation of court orders to seize the assets of Japanese companies – initially, Nippon Steel and Mitsubishi Heavy Industries – who the Korean courts ruled must pay compensation to Koreans who were compelled to work in their factories and mines during the war.

Asset seizure is a red line for the Japanese government, which has taken the position that compensation issues were settled by the 1965 treaty normalizing relations between Korea and Japan and the accompanying agreement on settlement of claims. In theory, the Korean Supreme Court can issue the seizure order at any time. But the backers of this new advisory group believe the courts will hold off until a solution is proposed.

“During this period, things will be at a standstill and the courts will listen to them,” argues former foreign ministry official Wi Sung-lac, who served most recently as the top foreign policy advisor to the Democratic party’s presidential campaign. “There will be no judge who will go ahead and trigger the monetization,” he predicts. “It is not a legal issue.”

According to experts involved in creating the advisory group, there are several ideas on the table. One approach was to get the victims and their lawyers to give up their claims but that is considered impossible – some of the victims are linked to a more hawkish organization that has already criticized the new group.

Another idea is to return to the arbitration procedure built into the 1965 treaty, which the Japanese government had initially proposed. But this may take years at best and would not hold off the asset seizure by the court, which has already repudiated the treaty.

The most viable idea seems to be to have Korean firms which benefited from Japanese loans and grants provided in the 1965 treaty – for example, Posco, the Korean steel maker – give initial funds for compensation. Japanese firms would then be asked to voluntarily contribute to the fund created for that purpose.

According to former FM Yu, who has been engaged in this process, lawyers for the victims are amenable to this solution. They have asked the Japanese government to allow them to talk directly to the Japanese firms, which so far Tokyo has refused to do, arguing it would undermine the 1965 treaty.

The aim in Seoul is to synchronize this road map to lead to a Yoon-Kishida summit. But that requires Kishida and his government to also take political risks. Korean senior officials are looking for some gestures from Japan to ease the way to a solution.

One step that would signal Japan’s serious interest in improving relations is to remove the remaining controls on Korean exports, imposed during the downturn in relations with the Moon administration. Another is to show “an apologetic attitude” by reaffirming Kishida’s commitment to the Kono statement on comfort women and the statements of previous cabinets on war responsibility.

The key, however, is a readiness to resume normal bilateral meetings, at all levels.

It is stunning to realize that there has been no official state visit of a Japanese Prime Minister to South Korea since the visit of Kan Naoto in 2010, a dozen years ago, and no Korean Presidential visit to Japan since the disastrous meeting in Kyoto in 2011.

The Biden administration’s efforts to push trilateral cooperation through triangular meetings on the sidelines of other events, such as the upcoming G20 foreign ministers meeting, are not a substitute for what should be normal diplomacy. It would be more useful for the Americans to quietly push Japan to respond more seriously to the outreach from South Korea.

“Japan needs to accept foreign minister meetings and high-level summits readily,” says a former senior Korean official. “If they don’t do that, the window in South Korea will be closed quite easily.”