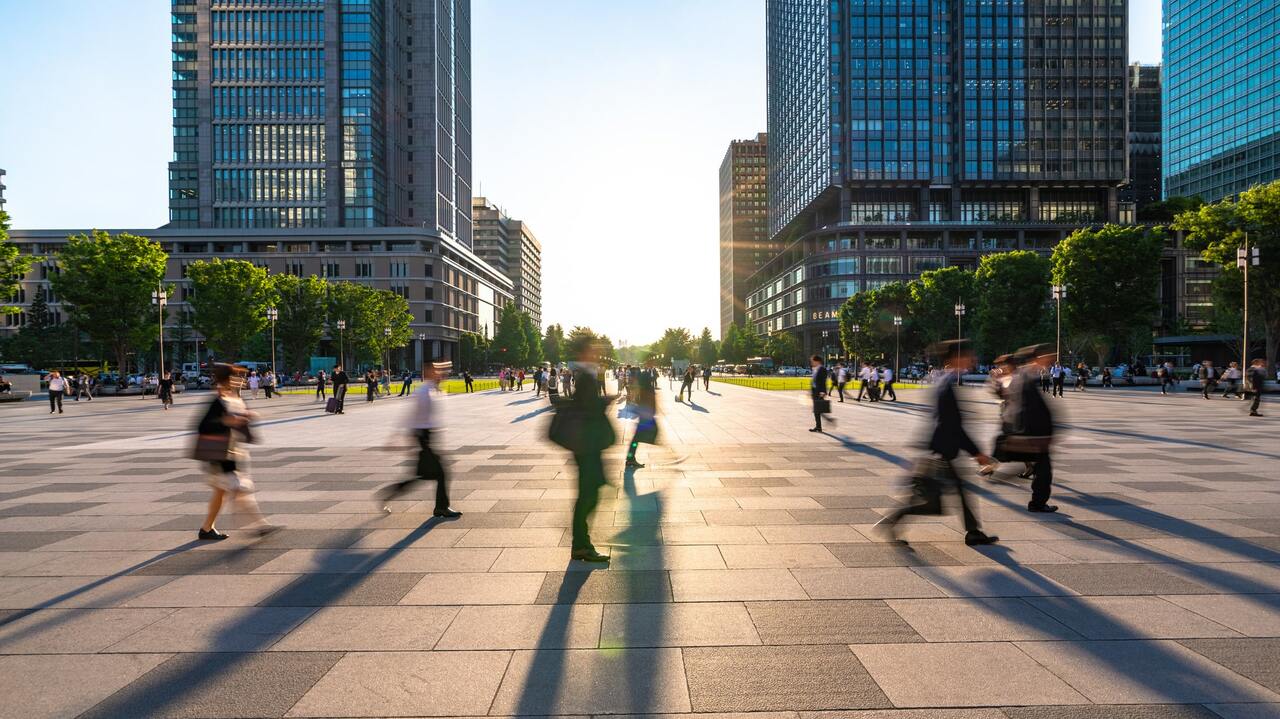 In the words of Aesop, the mountain labored and brought forth a mouse. For six long months, the Kishida administration, aided by reform-minded outsiders from academia and new companies, toiled to translate Prime Minister Fumio Kishida’s mantra of a “new form of capitalism” into concrete policies. The rather hollow end product approved by the Cabinet on June 7th was a big disappointment to many of those participants.

When it came to the foundational principle—that good growth and a more equal distribution of income needed each other—Kishida simply caved to critics in the ruling Liberal Democratic Party (LDP) and financial markets who falsely accused him of promoting socialism. It is not socialism to say, as Kishida did, “If the fruits of growth are not redistributed, consumption and demand will not increase.” It is a longstanding verdict of standard macroeconomics.

Because of Kishida’s retreat, the policy document is top-heavy with rhetoric about the need for a “virtuous cycle of growth and distribution,” but very weak on any substantive measures to bring it about. Kishida’s surrender began just after his inauguration due to the so-called “Kishida shock” when stock prices fell in response to his call for higher capital gains and dividend taxes on those earning more than ¥100 million ($745,000) per year.

A shocked Kishida withdrew the proposal. The backpedaling continued, said a participant in the Council’s deliberations, when Kishida decided that he could not afford to offend Keidanren, the big business federation, on the eve of the July Upper House election. Kishida needs a solid victory to consolidate his clout within the LDP.

That left Kishida with nothing more than a rehash of failed measures laid down by predecessors like Shinzo Abe. On wages, for example, Kishida repeated past futile pleas for companies to raise wages by 3% per year. He also repeated the longstanding goal of attaining a minimum wage of ¥1,000 ($7.40) per hour but gave no deadline for achieving that goal.

He proposed raising the level of the temporary tax breaks granted to companies that raise wages by a certain increment, even though history has shown that companies do not grant permanent wage hikes in return for temporary tax benefits. He also promised wage hikes for government employees in certain professions, like nurses. (I will outline below some stronger measures that Kishida could have taken.)

When it came to a key component of the growth strategy—a tenfold increase over the next five years in the number of startup companies—reformers were even more frustrated. A team of officials and outsiders under the aegis of the Council for Science, Technology, and Innovation produced a first-rate analysis of the key issues that keep Japan’s startup rate so low (even though they left out a couple of vital issues like banking).

Just a few examples are tax incentives for “angels” that provide early-stage funding, government procurement that gives startups much-needed revenue and credibility, and the use of stock options to enable cash-strapped new companies to attract top talent. However, the final document studiously avoided specific proposals on these issues.

“Wait Until After the Upper House Elections”

When some participants expressed frustration, they were told, “Wait until after the Upper House elections.” The Kantei (Prime Minister’s Office) feared mentioning specific remedies, particularly those involving taxes or labor issues, because doing so might have exposed controversies among Ministries and interest groups. It feared that could hurt the LDP in the coming election.

The Ministry of Finance (MOF), for example, has repeatedly objected to the kind of tax breaks needed to nurture new startups. The Kantei promised that, by year’s end, it would present a “five-year plan” loaded with powerful specifics. However, conversations with several participants revealed lots of hope, but little confidence, that the plan would be truly substantial.

One official worried that Kishida would spend his limited political capital on a hike in defense spending and not have enough capital left for controversial economic measures. Several stressed that Kishida’s faction within the LDP is relatively small and he, therefore, could not afford to alienate the much stronger and more conservative factions led by Abe and former Finance Minister Taro Aso.

Kishida’s leadership style adds to the backsliding. For one thing, noted a couple of sources, while Kishida has long been interested in wage issues, he has never really thought out what it would take to create “a new form of capitalism.” In fact, the concept itself was reportedly developed not by Kishida himself, but for him by a key aide, Deputy Chief Secretary Seiji Kihara, a former MOF official.

Moreover, Kishida is not the kind of Prime Minister who can lead in a top-down manner by imposing a few crucial priorities on the LDP and bureaucracy, as Abe did on collective security and Yoshihide Suga did regarding decarbonization. Instead, Kishida is a consensus-builder who styles himself a “good listener.”

When various power centers differ, he tries to get them to work out a compromise rather than enforcing a solution himself. That style may be productive in some situations, but it cannot produce the big economic “course correction” that Kishida claims to be making.

What Could Kishida Propose?

Let’s imagine that, with an Upper House victory under his belt, Kishida becomes more assertive in the “five-year plan” due at year’s end. If so, what steps could he take to trigger a genuine virtuous cycle between growth and distribution?

Initially, as noted above, Kishida had proposed hiking the tax rate on stock market income for millionaires. It’s now a flat rate of 20% for everyone. As a result, those earning more than ¥100 million per year, primarily through their investments, enjoy a lower overall tax rate than those in the upper-middle class. However, only about 0.01% of taxpayers earn more than ¥100 million. So that would not do much to equalize incomes unless more several brackets were created for investment income, as in the regular income tax.

In any case, the primary culprit in the stagnant incomes of most Japanese is not the country’s few truly wealthy citizens. It is the gap between corporate and household incomes. Corporations are hoarding “retained earnings,” i.e., profits that they do not plow back into the economy via wage hikes, investment, or even taxes.

Worse yet, over the past couple of decades, Tokyo has repeatedly shifted income from households to companies by raising the consumption tax to help finance tax cuts for companies. The government slashed the top corporate tax rate on large companies from 52% of profits in national plus local taxes in 1998 to 30% at present.

Keidanren and the Ministry of Economy, Trade, and Industry (METI) claimed that everyone would benefit from corporate tax cuts because companies would use the extra cash to spend more on wages and investment, thereby boosting per capita GDP. In effect, Tokyo made a deal with companies: If we cut your income taxes, you’ll raise wages. However, corporations never fulfilled their end of the bargain.

At their November 26 meeting, New Capitalism Council members were given materials illustrating how badly this deal had failed. Between 2000 and 2020, the combined yearly profits of Japan’s few thousand largest corporations almost doubled (up ¥18 trillion or $132 billion), but their compensation to workers fell 0.4% and their capital investment fell 5.3%.

As a result, their cumulative retained earnings soared by a mammoth ¥154 trillion ($1.14 trillion). That equals almost a third of a year’s GDP. Had companies instead spent that excess cash on wages, living standards today would be significantly higher and so would consumer demand. The same pattern prevailed at incorporated SMEs, where hoarded cash grew while worker compensation fell.

This pattern is exactly what Kishida was referring to when he correctly said that neither healthy growth nor healthy distribution could exist without the other. How can the economy grow if workers do not earn enough to buy what they make? Why would companies invest in expansion if they cannot sell their products at home and can only sell abroad if the yen gets weaker and weaker?

In the entire OECD, Japan shows the biggest gap between the increase in GDP per hour of work and wages per hour. And, of course, hikes in the consumption tax suppress consumer demand even further.

And yet, the Council failed even to discuss this data, according to the minutes of the meeting. The only reason we know that Council members saw this information is that this was reported by Shigeki Morinobu, a former MOF official now at the Tokyo Foundation for Policy Research.

Nor did Kishida or any other Council member propose concrete remedies beyond raising the ineffective tax credit for companies hiking wages. Kishida simply said that he “expects” corporations that have recovered in sales to pre-COVID levels to raise wages by 3%. Expectations are not actions.

If corporate income tax cuts are worsening Japan’s growth and its budget deficit, why not roll them back? Why not use the resulting revenue gains to reduce the consumption tax? That would create a fairer distribution of income between companies and households? No one in the Council even mentioned this option.

Why not take steps to ensure that corporations hike wages? For example, Japanese law already mandates equal pay for equal work between regular and non-regular workers and between men and women. Yet, no agency of government is mandated to investigate violations and penalize offenders.

By contrast, in France, labor inspectors seek out such violations and the government has already fined a few companies for paying women less. Once again, no one discussed using Japan’s labor inspectors in a similar way.

Raising the minimum wage has surprisingly powerful ripple effects. It not only elevates the income of those below the minimum wage but also those earning 15-20% above it. Since the average wage of part-time workers is just ¥1,100 ($8.20) and they comprise almost a third of all employees, the impact on living standards and consumer demand would be dramatic. Unfortunately, Kishida only reiterated the minimum wage goal enunciated a dozen years ago, ¥1,000 per hour, without stating when he would reach this goal. The minimum is now ¥930.

Nor did he raise the possibility of raising it beyond ¥1,000. Among 21 OECD countries, Japan comes in 18th with its 2020 minimum wage just 45% of the national median wage. In the typical rich country, it’s 52% (it takes half of a country’s median income to rise above the poverty level). Japan should set the rich country standard as its goal. These days, that goal would require a minimum wage of around ¥1,145.

Regarding the goal of a tenfold hike in new companies, a specialized group of genuine experts was given six months to come up with a wide variety of imaginative ideas. By contrast, the Kishida administration created no similar advisory group on fixing today’s vicious cycle between growth and distribution. Hence, the ideas approved in June were hardly different than those discussed back in November. This approach exacerbates worries that Kishida’s cave-in will last.

Like the reformers in Tokyo, I have hope that Kishida’s forthcoming five-year plan will put more meat on these bare-bones. Only hope; not a lot of confidence.