By Richard Katz : Senior Fellow, Carnegie Council For Ethics in International Affairs
May 27,2022 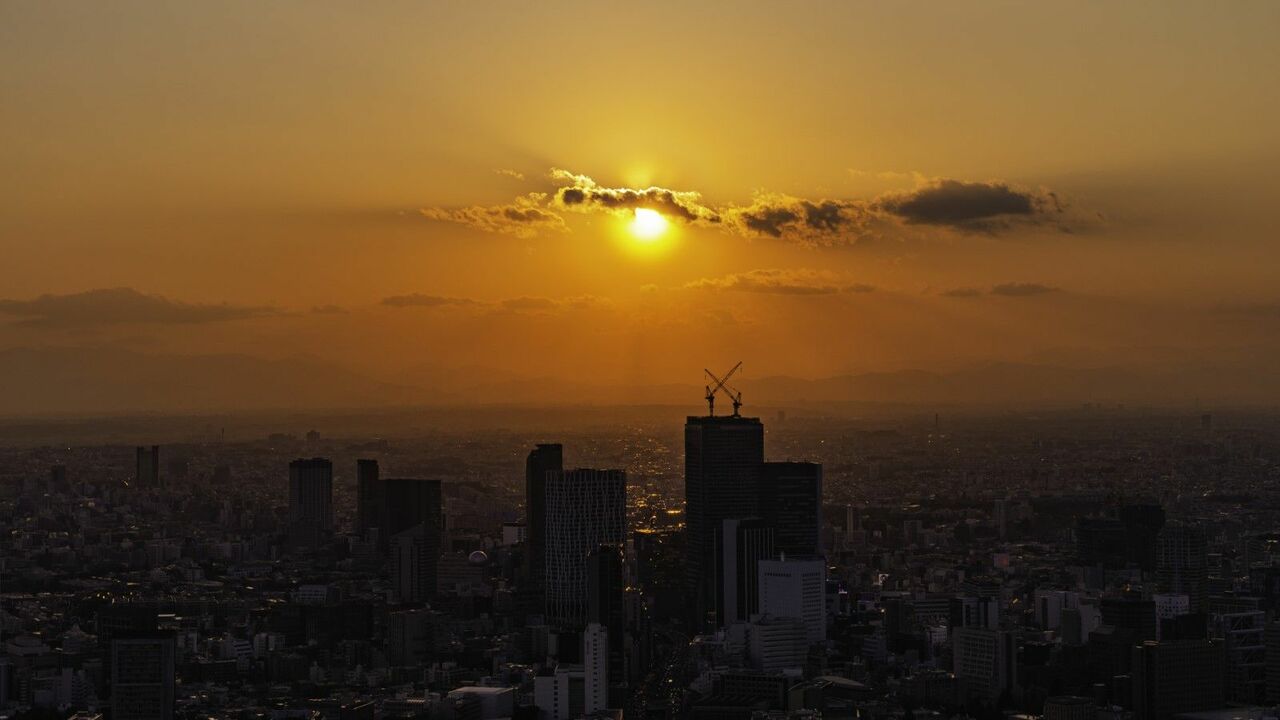 Making Japan once again a startup nation, as in the days that gave birth to SONY and Honda, was one of the four goals Prime Minister Fumio Kishida announced in his May 5 London speech.

“It is therefore my earnest wish to create the next startup boom in Japan.” It is a laudable goal. Unfortunately, previous Prime Ministers have also offered lofty goals, but not the measures needed to turn them into reality. Hopefully, Kishida will be different.

Before discussing several proposals to generate more startups, let’s see why this is so important, and why Japan lags.

Only a small fraction is in high-tech, and few get VC money. Japan does not measure how many it has; so, Tokyo’s startup policy is flying blind.

The continuous creation of high-growth small and medium enterprises (SMEs) is indispensable to growth in living standards. During the 1980s-90s in the US, a stunning 60% of the growth in factory output per worker came from the entry of firms less than five years old and the closing of less efficient older firms.

On the other hand, consider what happened when America’s startup birth rate slowed after 1980. By 2015 output per worker was 3% lower than it would have been at the 1980 birth rate, and the average family’s income was $1,600 lower. The total loss of income over the years was many times higher.

Unfortunately, Japan has too few high-growth SMEs, and that’s one reason real (price adjusted) family income has been stagnant since 1995. Certainly, Japan has lots of SMEs, but their growth in its first ten years is the slowest among OECD countries and they’re the oldest SMEs in the OECD.

Perhaps the biggest hurdle is that ambitious young firms can’t get the financing they need to expand. Their growth is also hampered by two other problems that Kishida mentioned: technology and human capital.

Unfortunately, when Kishida talks of startups, it seems that he, too, maybe excessively mesmerized by the glamour of VC-financed companies. For example, an LDP group created to push for Kishida’s program—called the Startup Parliamentary League —called for a tenfold increase in VC investment to ¥10 trillion ($77 billion) by 2027. Such VC funding would be great, but VC-funded enterprises should not be the sole focus.

Keidanren issued an almost identical proposal in March, and its entire focus was on Silicon Valley-type ventures. Moreover, the League proposal calls for increasing the number of startups tenfold. That means the amount of investment per startup would remain as low as it is today, much smaller than in other countries.

Hirai offered no specifics. Sources say that his assorted proposals most likely reflect, at least in part, discussions with government officials involved in drawing up Kishida’s program.

Kishida may also be chasing glamour when it comes to technology. He proposed a “national strategy” in five areas, the first of which is Artificial Intelligence (AI). This is akin to proposals in the past that imagined superconductors or nanotechnology as magic bullets for growth. This seems a misguided priority when Japanese companies are not even using existing technologies well.

The biggest boost to a country’s growth comes not from the relatively few companies that produce ICT, but from a host of companies who apply ICT to improve themselves—even if the ICT techniques and software are imported. Startups are more likely than older firms to invent ways for new technologies to boost growth throughout the economy. Look at Raksul’s creation of an Internet-based auction system for parcel delivery.

It has greatly increased the number of packages a trucker delivers for each mile he drives. That not only raises his income and cuts costs for customers but also helps alleviate global warming. Japan will revive when it creates tens of thousands of such companies.

The digital divide between Japan and other countries, as well as between Japan’s large and small companies, has become a chasm. Out of 64 countries, IMD rated Japan 62nd in the digital skills of its population. One reason is that, while Japan’s high school students rank near the top among 80 countries in math, science, and collaborative problem solving, the schools come in dead last in teachers’ knowledge of ICT, their ability to teach it, and resources to aid these teachers.

The reason is that these skills are not included in university entrance exams, Kan Suzuki, an education advisor to the government, explained to the US-based Japan Zoominar. So, teachers see no reason to teach them. In 2025, ICT will be added to the exams, but who will teach the teachers? This is the kind of issue Kishida should prioritize when he says, “Investment in human capital is at the heart of the growth strategy.”

Measures To Overcome The Financing Gap

Having been a banker before becoming a politician, Kishida knows how much Japan’s banks resist making loans to young companies, especially those with female founders. Moreover, when they do lend, they charge a 10-year-old healthy company a higher interest rate than a 50-year-old company with a poor credit score.

That’s the result of political pressure to keep “zombies” alive. Correcting this is politically tough, but the measures suggested here have the advantage of offering a high economic payoff with low political and budgetary costs. If Kishida cannot take these steps, what hope is there for the more difficult solutions required for a “new capitalism” that combines redistribution with growth?

New companies have trouble finding customers. So, as Hirai noted, it would help if they could sell to the national and local governments, which spend 16% of GDP on buying goods and services.

In 2021, purchases were only ¥77 billion ($592 million at today’s currency rate), a negligible 0.8% of total national procurement. If the government truly expanded such procurement, it would not only give startups more revenue but also help them get bank loans and more sales to private firms.

Tax breaks for angel investors would create a huge boost in high-growth startups. Many angels are former entrepreneurs who provide mentoring as well as cash. In 2019, angels in the US invested $24 billion in 64,000 companies, an average of $376,000 per company. That’s 20 times the number of superstars who received VC money.

In other countries, well-designed tax incentives have created a boom in angel investment, but not in Japan where tax incentives are tiny. Currently, the maximum income tax deduction is only a total of $62,000 per year if the target companies are under three years old.

There are some other deductions from capital gains tax for companies three to ten years old. In the UK, by contrast, angels can deduct 30% of their investments up to £1 million and twice as much for “knowledge-intensive” companies.

Despite efforts by METI (Ministry of Economy, Trade, and Industry) to raise the ceiling, the Ministry of Finance (MOF) only agreed to add some benefits for the 3-to-10-year-old startups. This is shortsighted since more startups means more tax revenue. Will Kishida overcome MOF resistance?

All rich countries subsidize R&D, but in Japan, only 8% of financial aid goes to companies with fewer than 250 employees. That’s the lowest share in the OECD. The reason is that all of Japan’s aid comes via a tax credit, and such credits can only be used by companies already earning profits. It takes years for a startup to become profitable. Other countries solve this dilemma with a “carry-over.”

That means, that if a company earns a tax credit but is not yet profitable, it can use that credit years later when it finally earns profits. In the UK, the carry-over is forever. In the US and Canada, it's 20 years. In Japan, it was a useless one year, until even that was eliminated by the Abe administration. Once again, progress requires that Kishida overrule the MOF.

The creation of a corporate form called the Limited Liability Company (godo kaisha) has catalyzed a burst of startups in many countries. When the US authorized the LLC in 1988, a flood of high-growth innovative enterprises was born. What makes the LLC powerful is that it eliminates “double taxation.”

A traditional corporation pays taxes on its profits and then the owners/shareholders pay taxes on their dividends from those profits. In an LLC, profits are taxed just once so they can attract more outside investment.

In 2006, when METI official Yoshiaki Ishii successfully pushed for the creation of the godo kaisha, his proposal included the elimination of double taxation. Once again, the MOF vetoed the tax break.

Far more than in other countries, banks demand that SME owners put up a “personal guarantee” in case their company defaults. They can lose their home, their life savings, etc. No wonder so few people in Japan are willing to take that risk.

Finally, in 2014, the Financial Services Agency (FSA) instructed banks to reduce the use of personal guarantees. In response, the portion of new SMEs loans requiring the guarantee (by number, not value) gradually declined from 88% in 2015 to 70% in 2021. However, FSA data on new loans include both rollovers of loans to existing customers and loans to new customers. If, as seems likely, most of the reduction was to the former, that provides little help to startups.

The Kishida team wants the enormous Government Pension Investment Fund (GPIF) to invest more in VC funding. That would help a great deal, as long as the GPIF does not invest on its own but rather through independent VC funds, foreign or domestic. Moreover, it should not invest via corporate funds (CVCs) because the latter serves the interests of the parent company, not the startup.

It is not difficult to come up with solutions that could help unleash a startup boom. What is difficult is overcoming political and bureaucratic resistance. Too many times, Japanese policymakers have acted like someone who really wants to lose 20 pounds but won’t do what it takes. When we see the details of Kishida’s proposals, we’ll see whether he has the will and the skill to do what it takes.